Dating to at least the 15th century, desks remained specialized tools for the literate few until the end of the 17th century, when an explosion of printed material prompted an interest in literacy among the middle and upper classes.

Early in the development of American desks, a wide variety were created, from simple pine versions made by local cabinetmakers to finely-crafted examples in the Hepplewhite, Chippendale, and Sheratoby styles. Well-known period furniture-makers included Goddard-Townsend, John and Thomas Seymour, and Duncan Phyfe.

In the 20th century, American design began moving away from traditional designs built with oak, walnut, mahogany, and maple, into to a more contemporary direction that saw the rise of modern designers like Charles and Ray Eames, Jens Risom, and later Milo Baughman.

American desks are some of the more popular and widely-purchased pieces in the Western world. Auctions are ideal sources for a variety of them in every size, shape, and style. 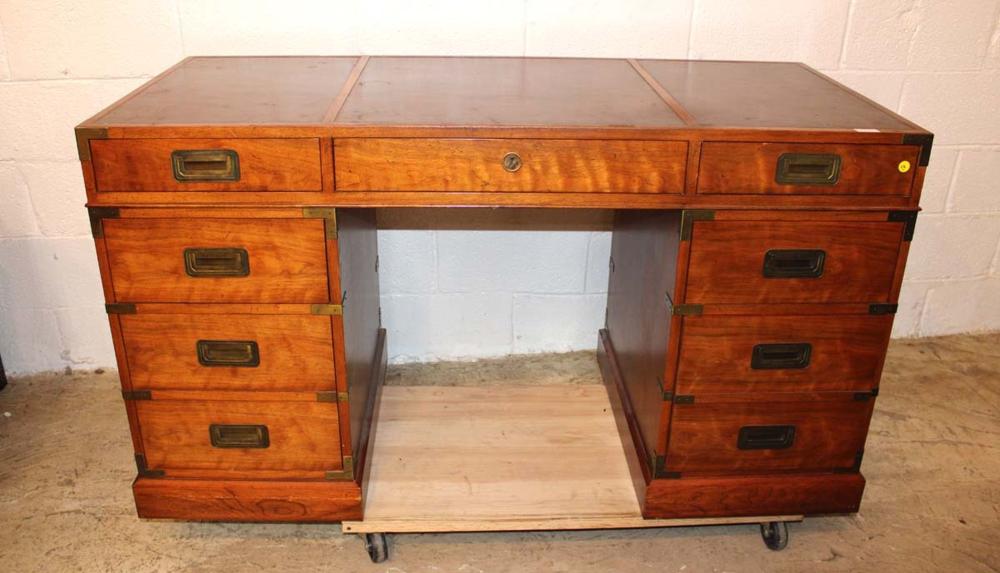 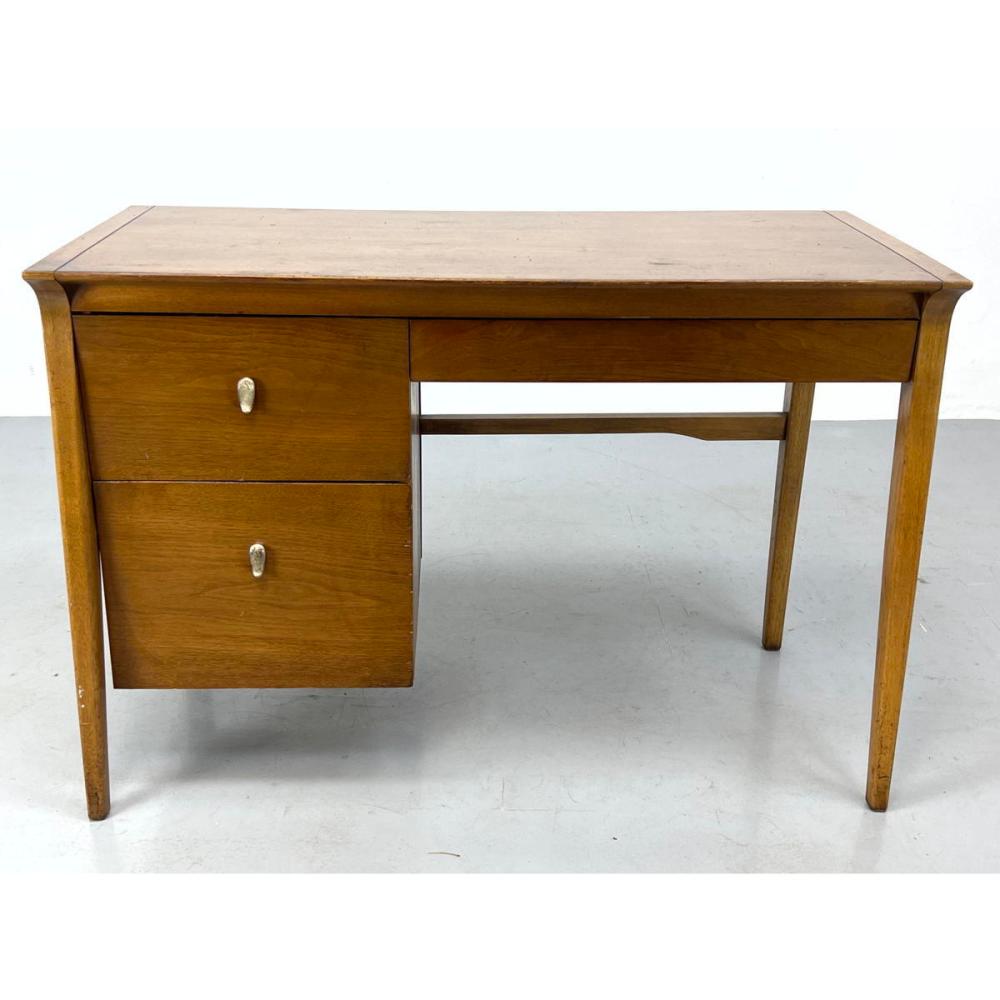 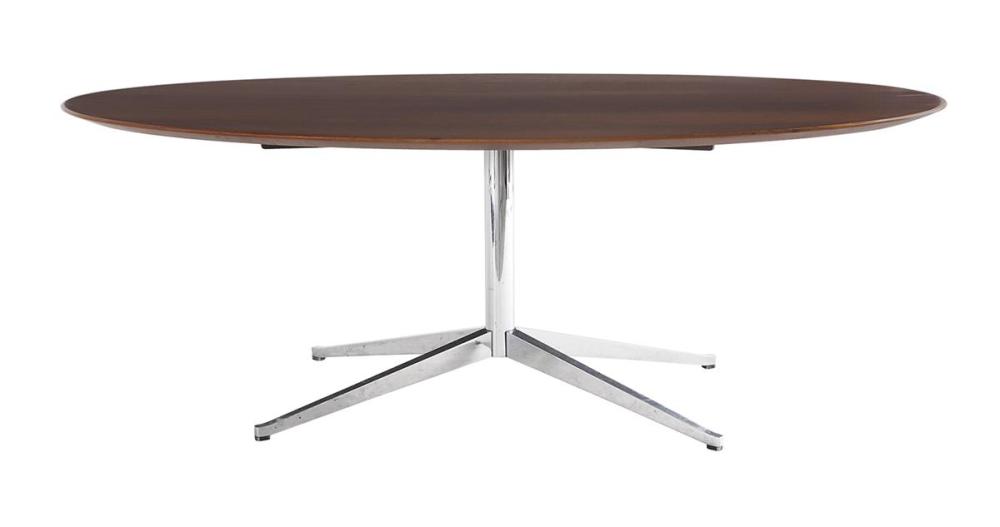 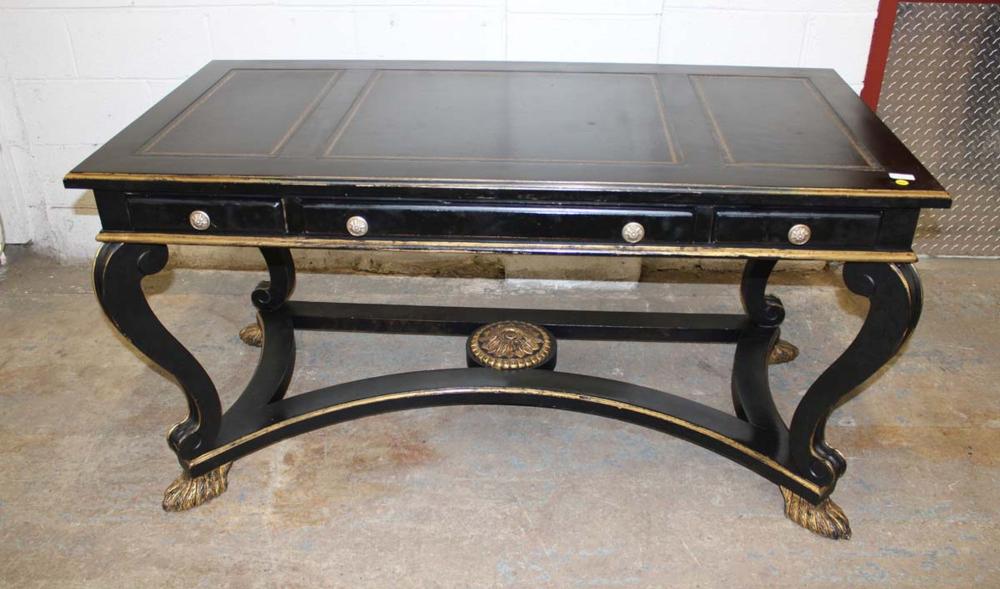 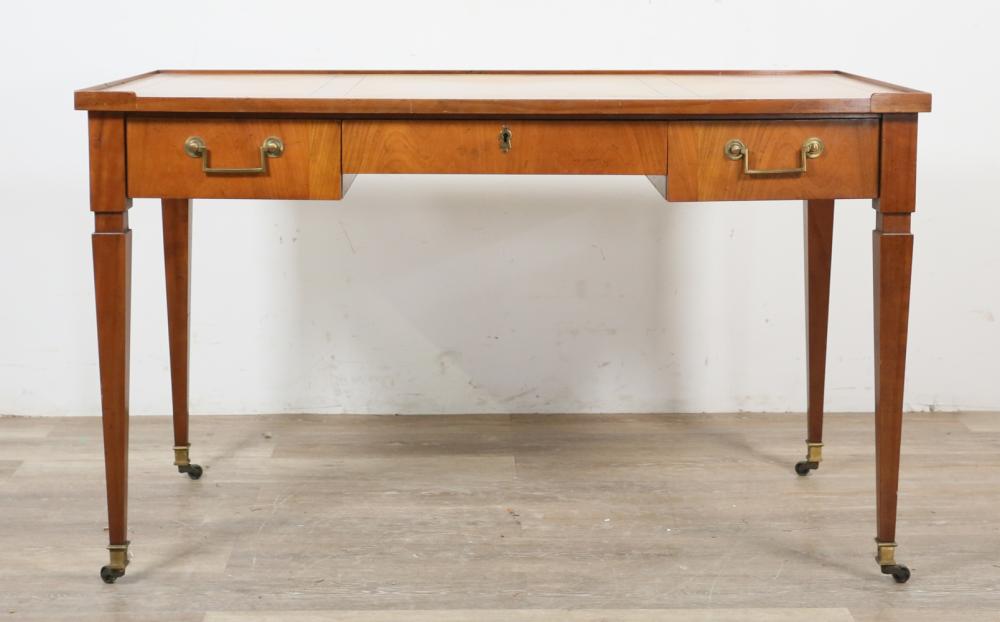 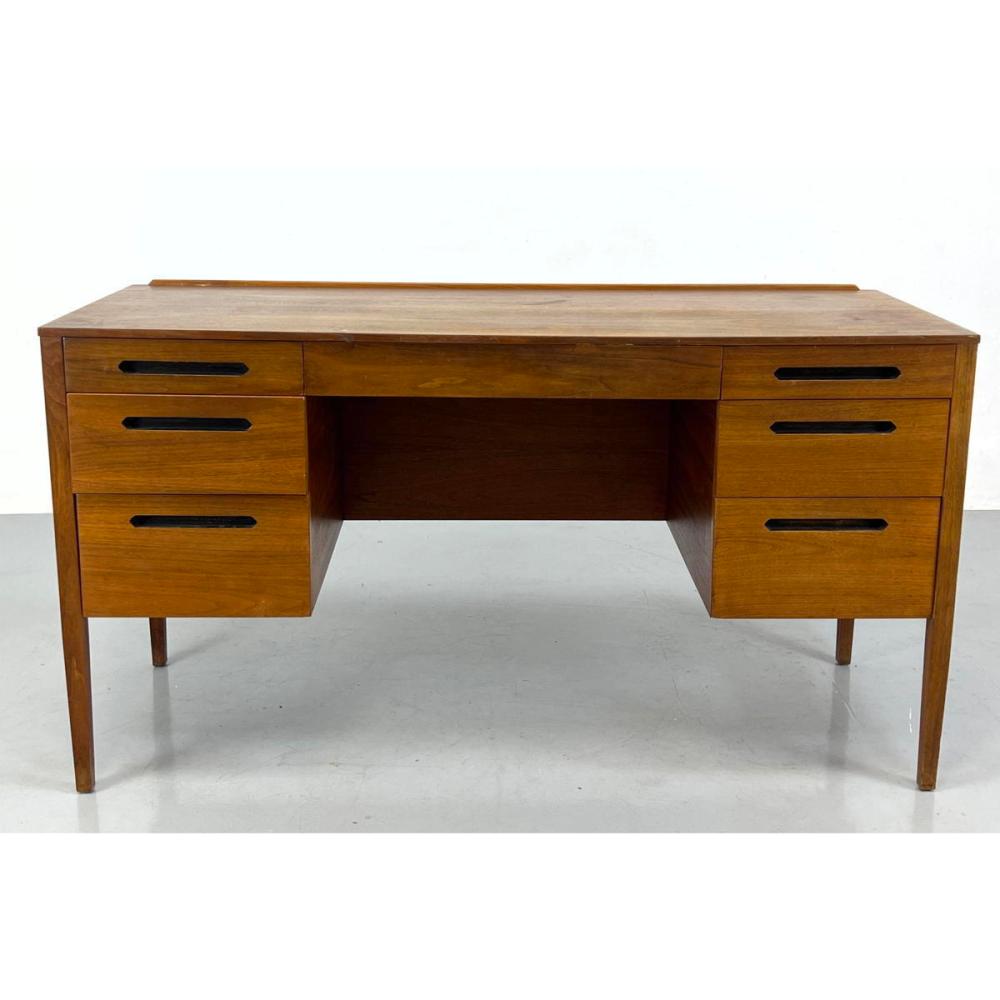 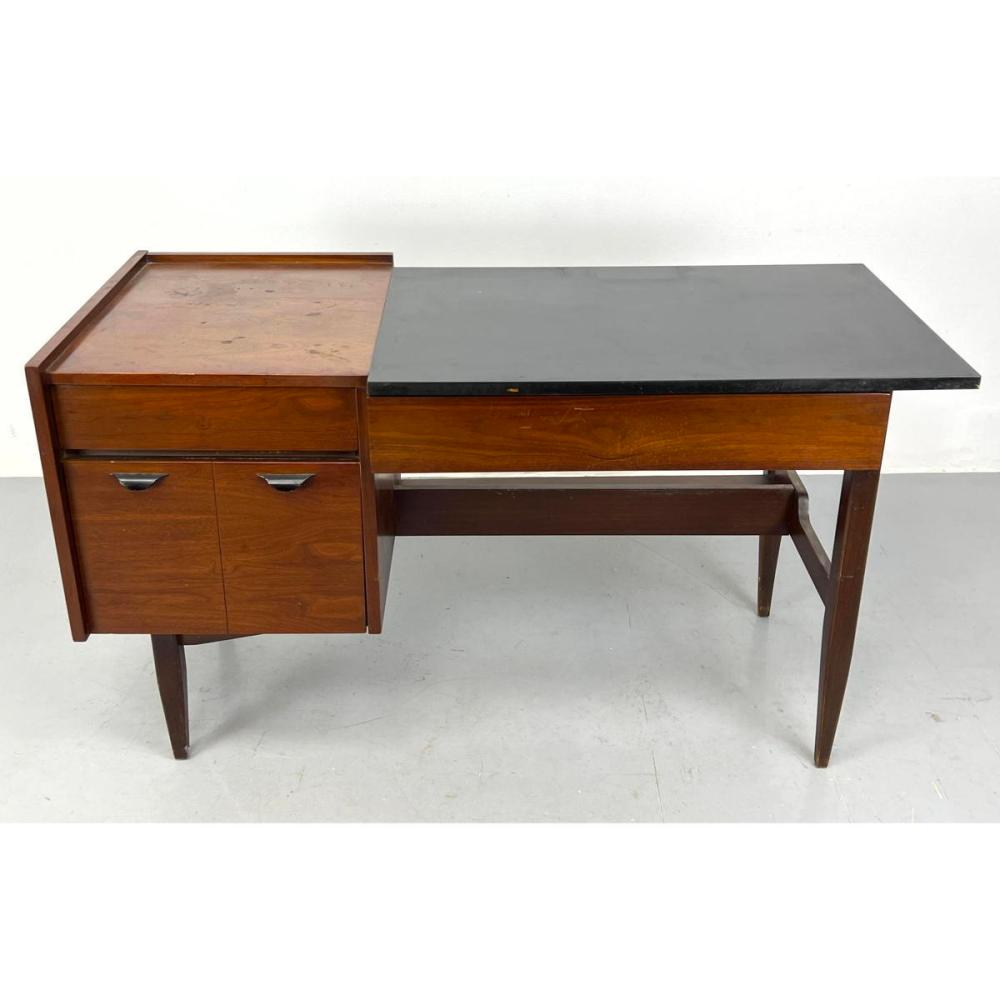 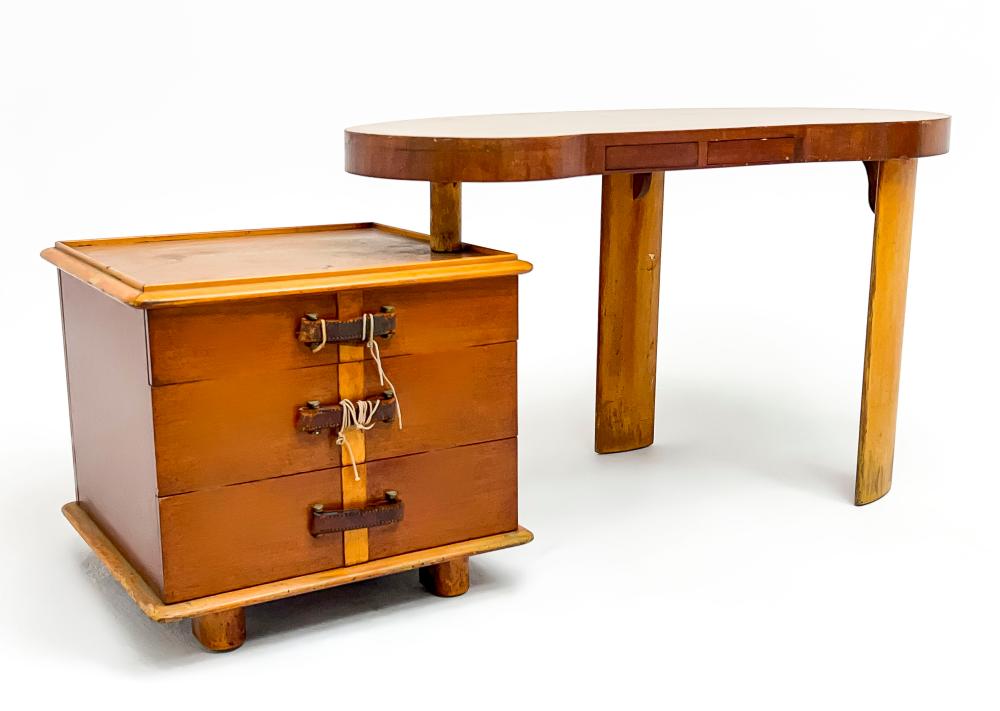 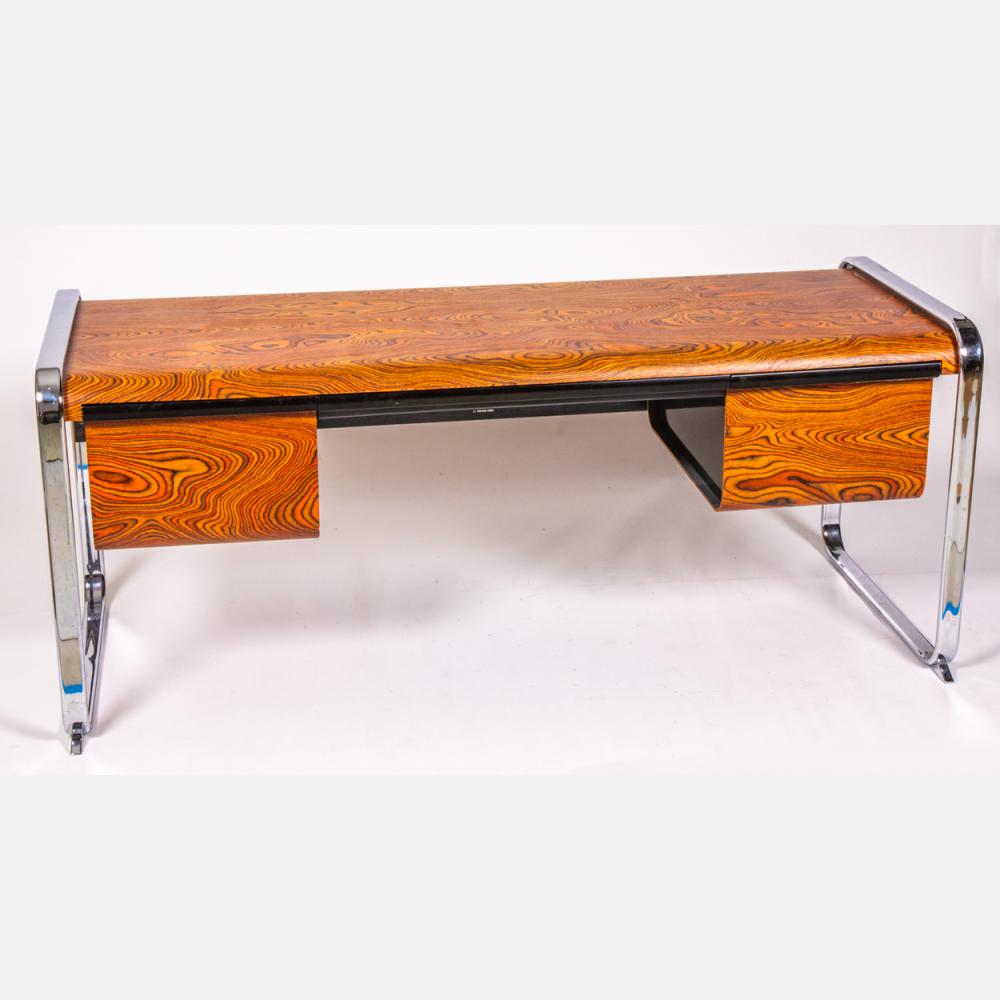 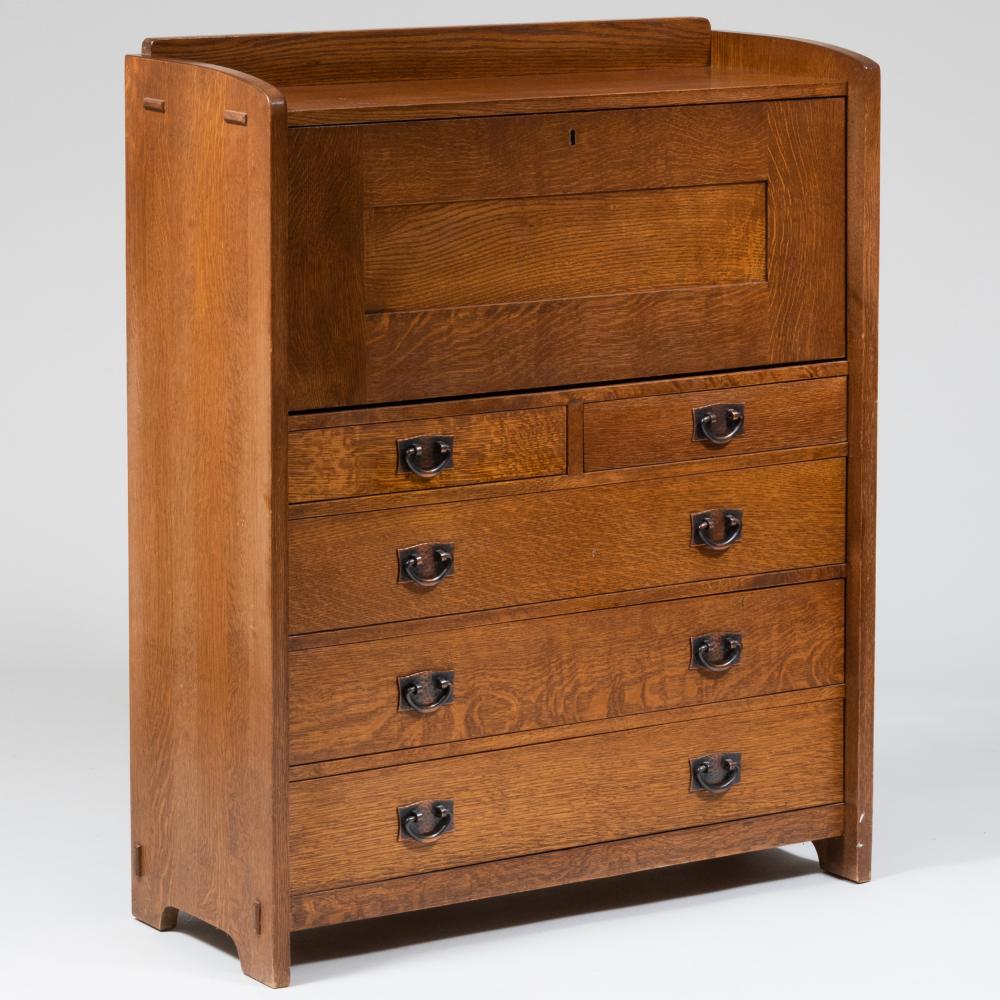 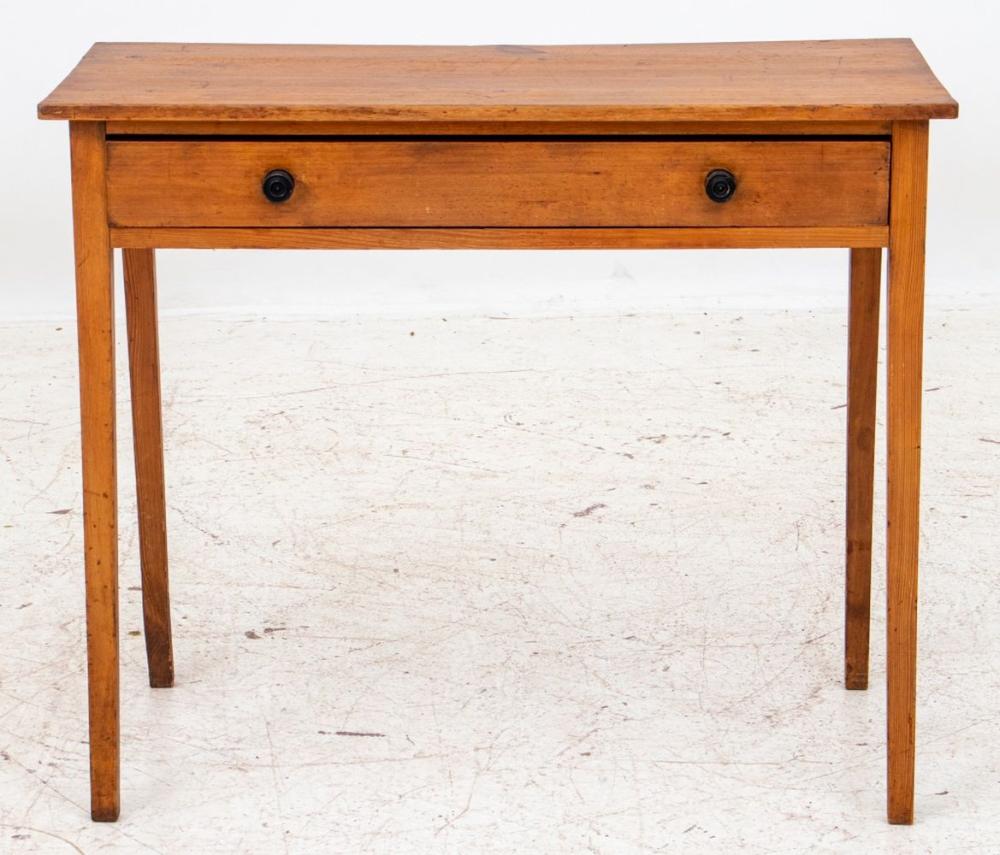 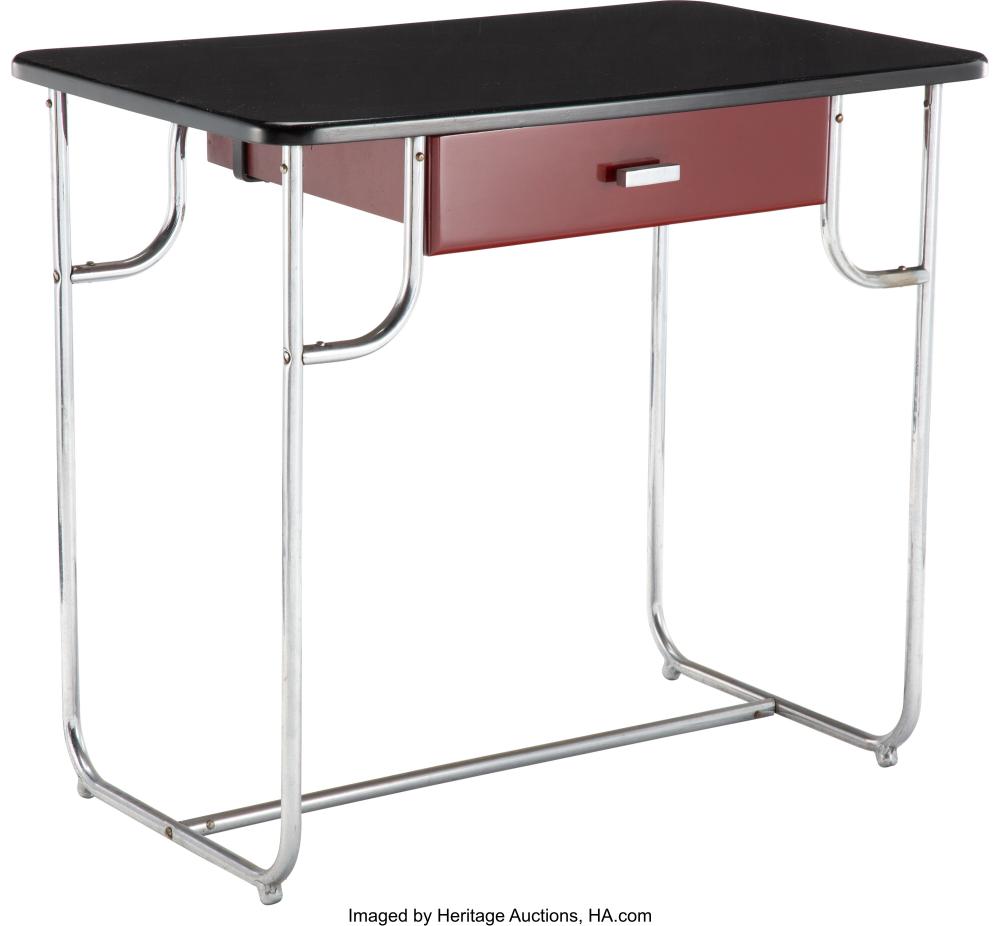 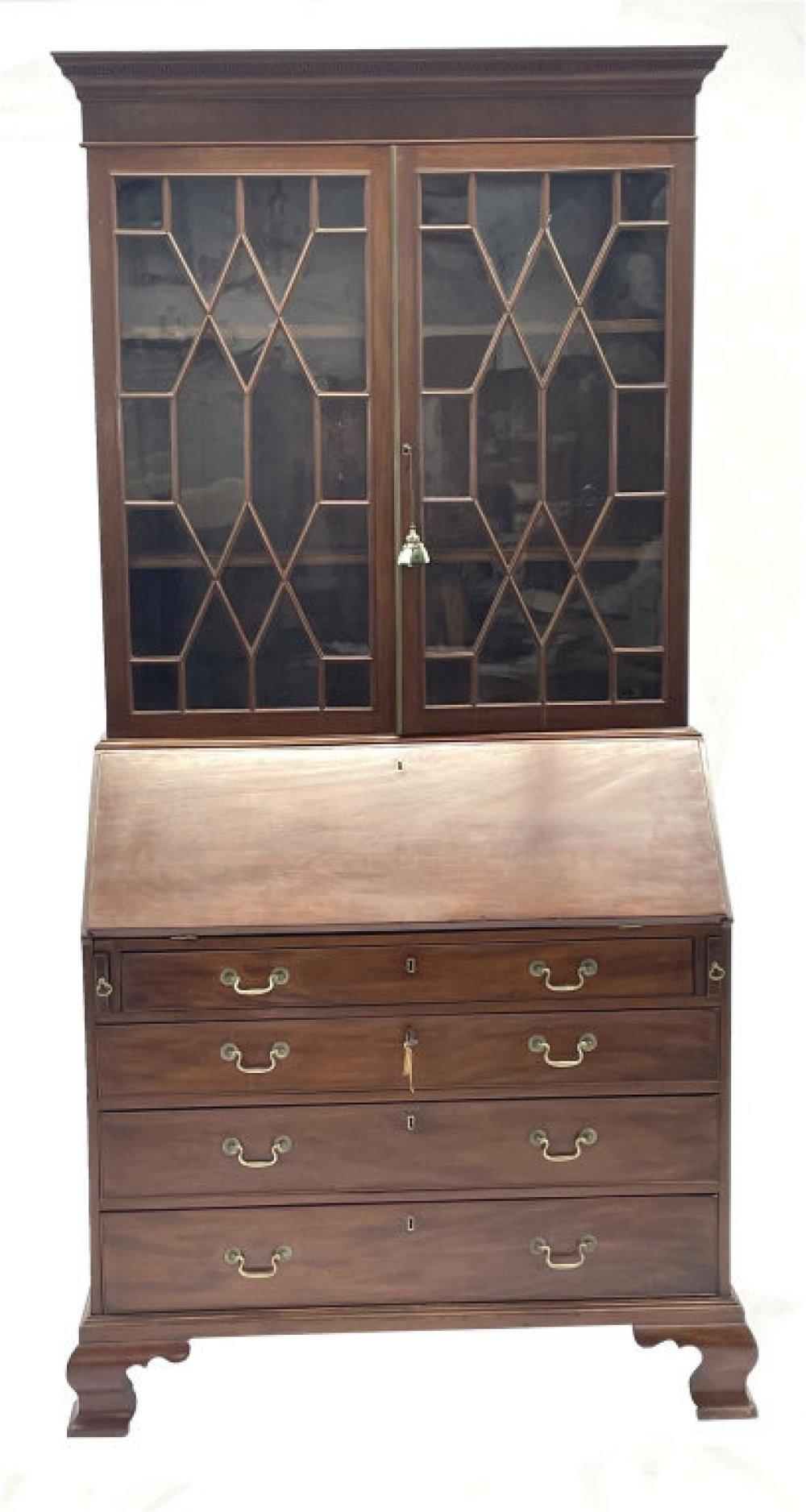 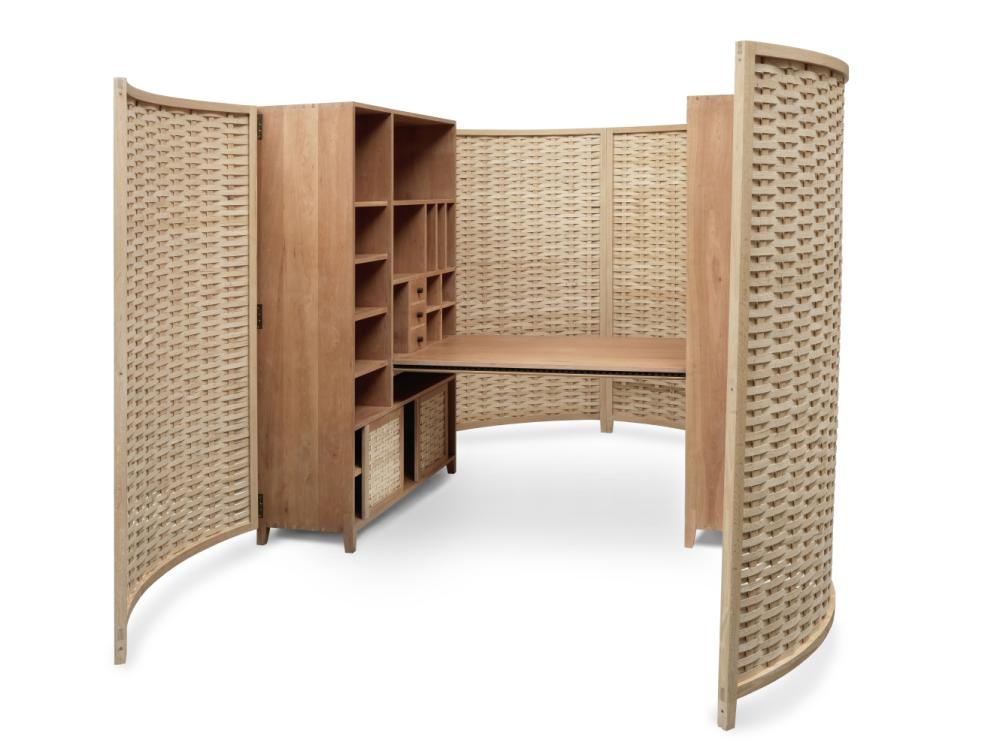 A 'cocoon' American cherry and American red oak deskCommissioned by Sir Terence Conran, designed by Sebastian Cox, and made by Benchmark Furniture 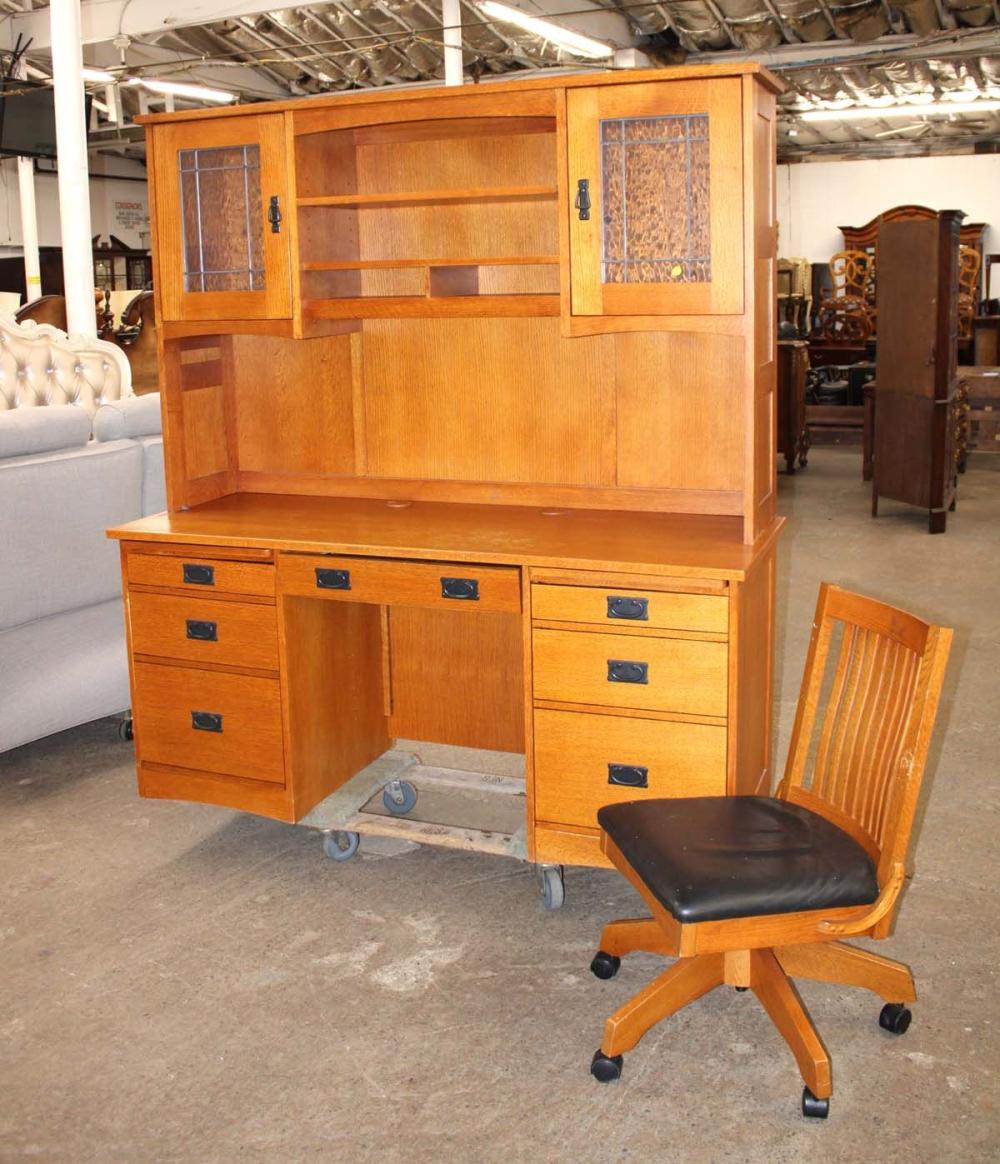 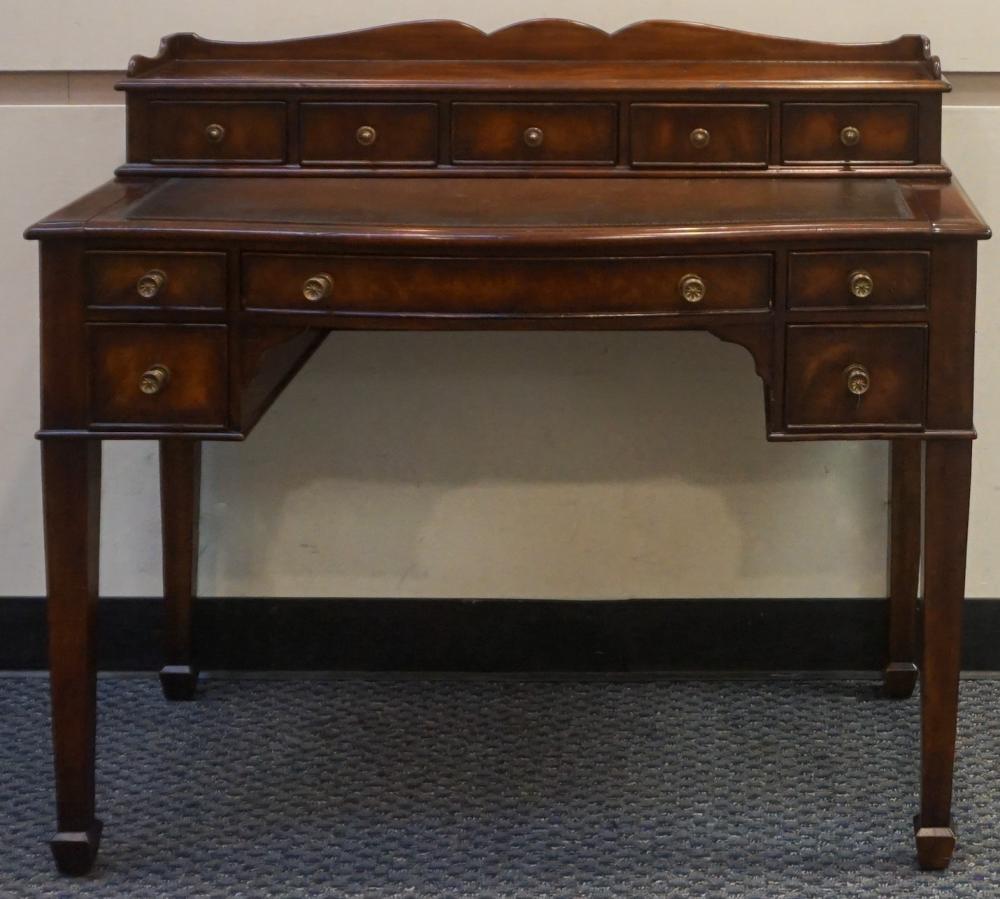 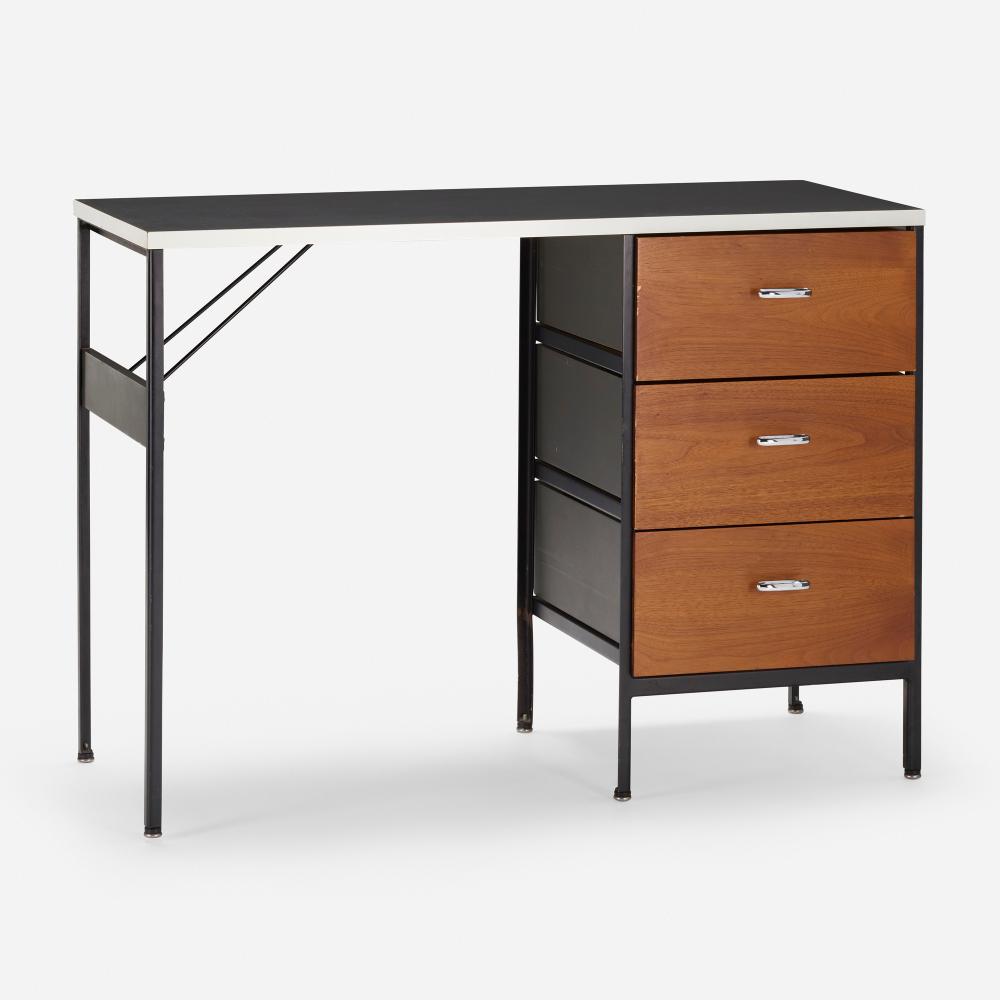 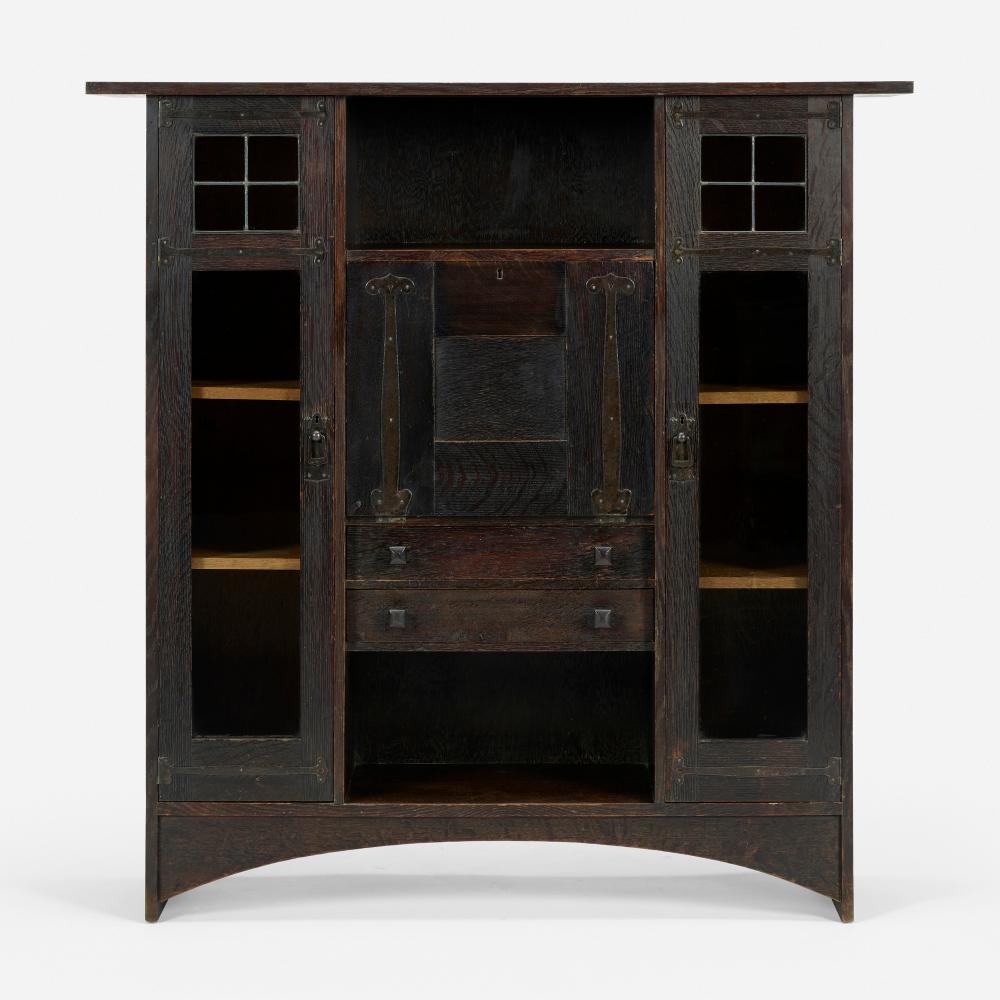 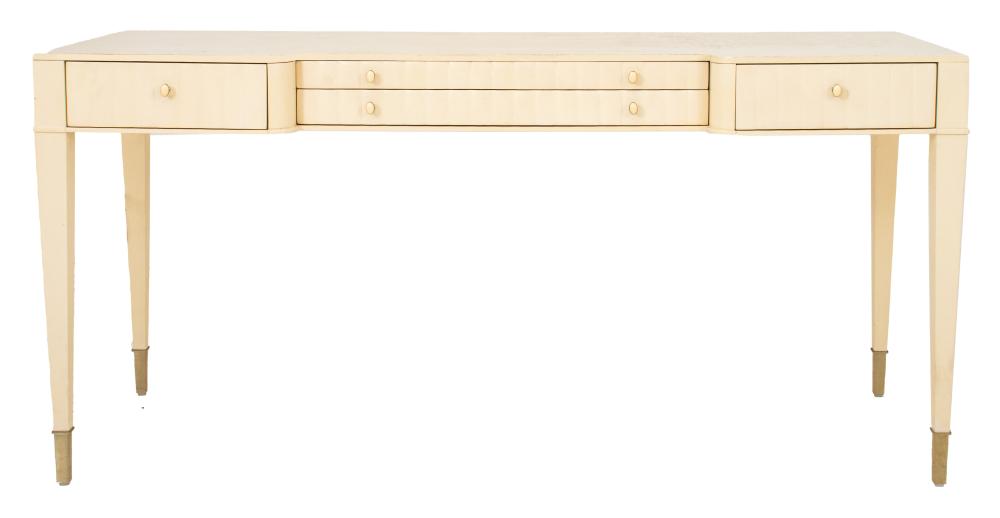 George Nelson for Herman Miller "Action" desk, laminate top over metal base, signed "Herman Miller" on base, wear consistent with age and use, damages to top. [PLEASE BRING APPROPRIATE ASSISTANCE AND VEHICLE, AS GALLE...