Part of American Indian culture for millennia, “kachina” was the American Indian’s name for the spirits to whom they prayed for bountiful harvests and beautiful weather. As a means of educating the younger members of the tribe, artists began creating kachina dolls. Traditionally carved from cottonwood, these marvelous figures take on a range of stylized motifs, including references to flora and fauna, superimposed on a human-like body.

As techniques became refined, different designs reflected different spirits and different segments of the population, from more simplified sculptures intended for young infants to more complex and ornamented dolls intended for mature young girls. From this traditional as an educational tool, kachina dolls have also come to be recognized for their rich visual tradition, a collector’s item as much as they are a fascinating facet to American Indian culture. 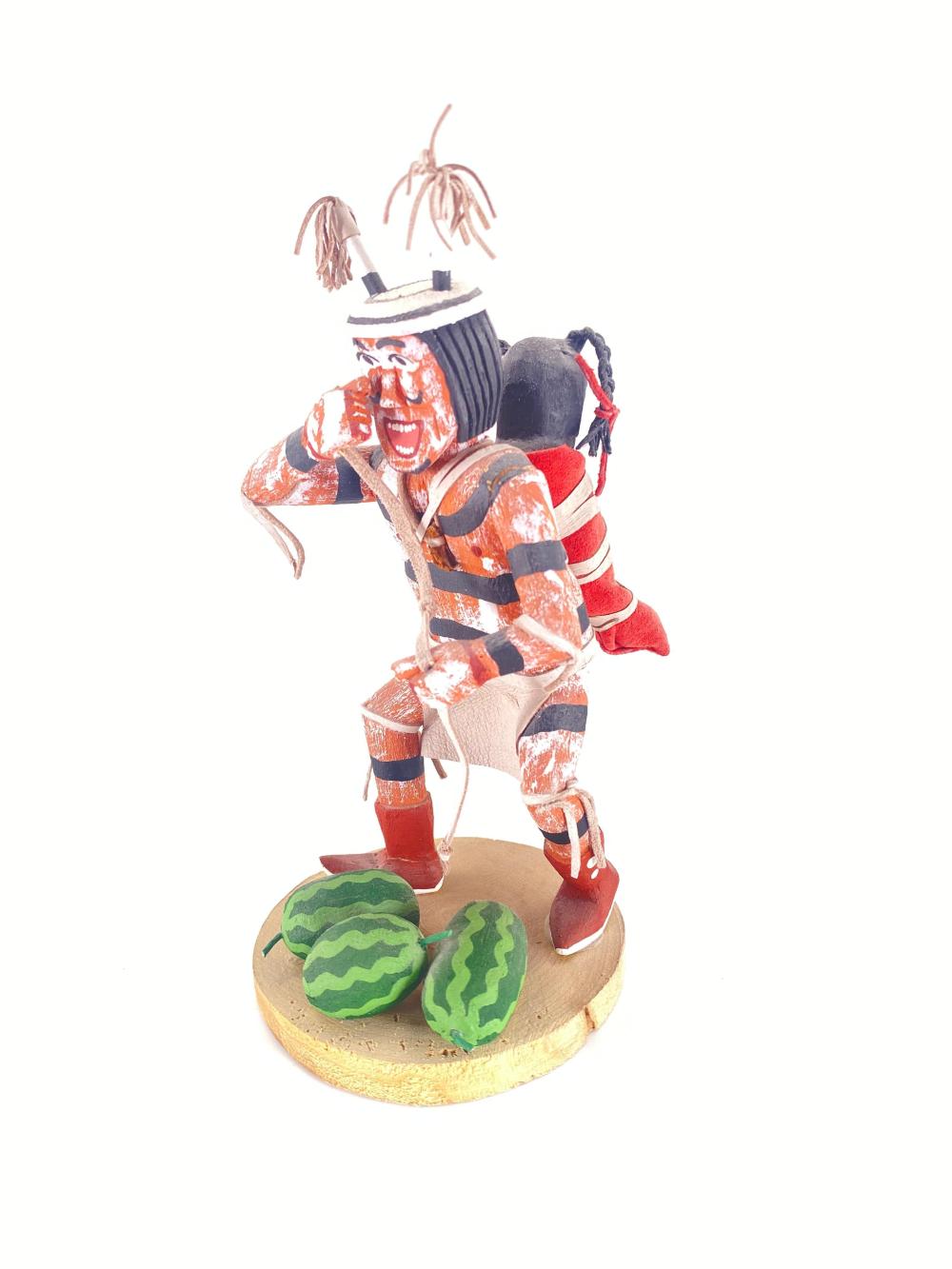 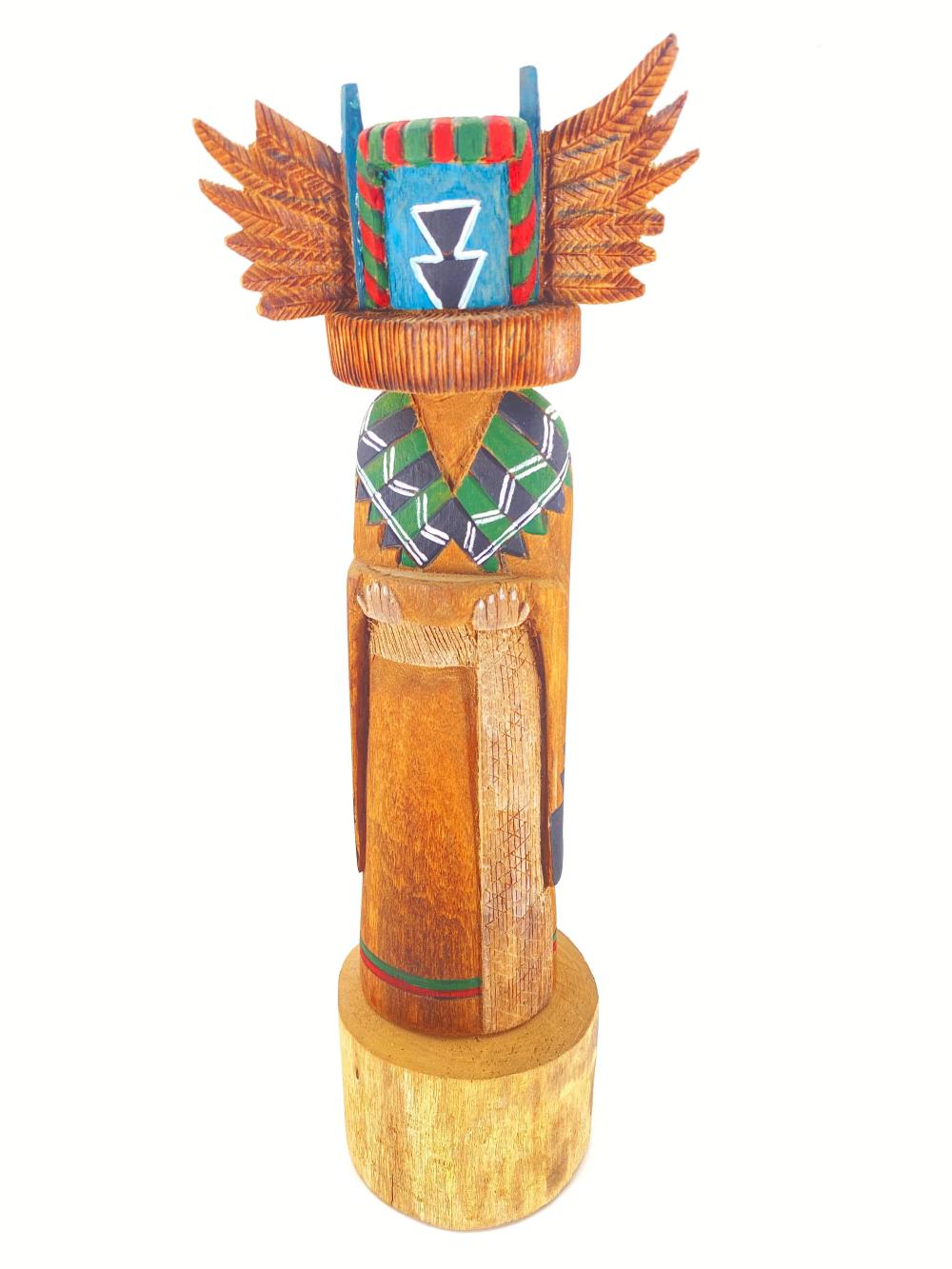 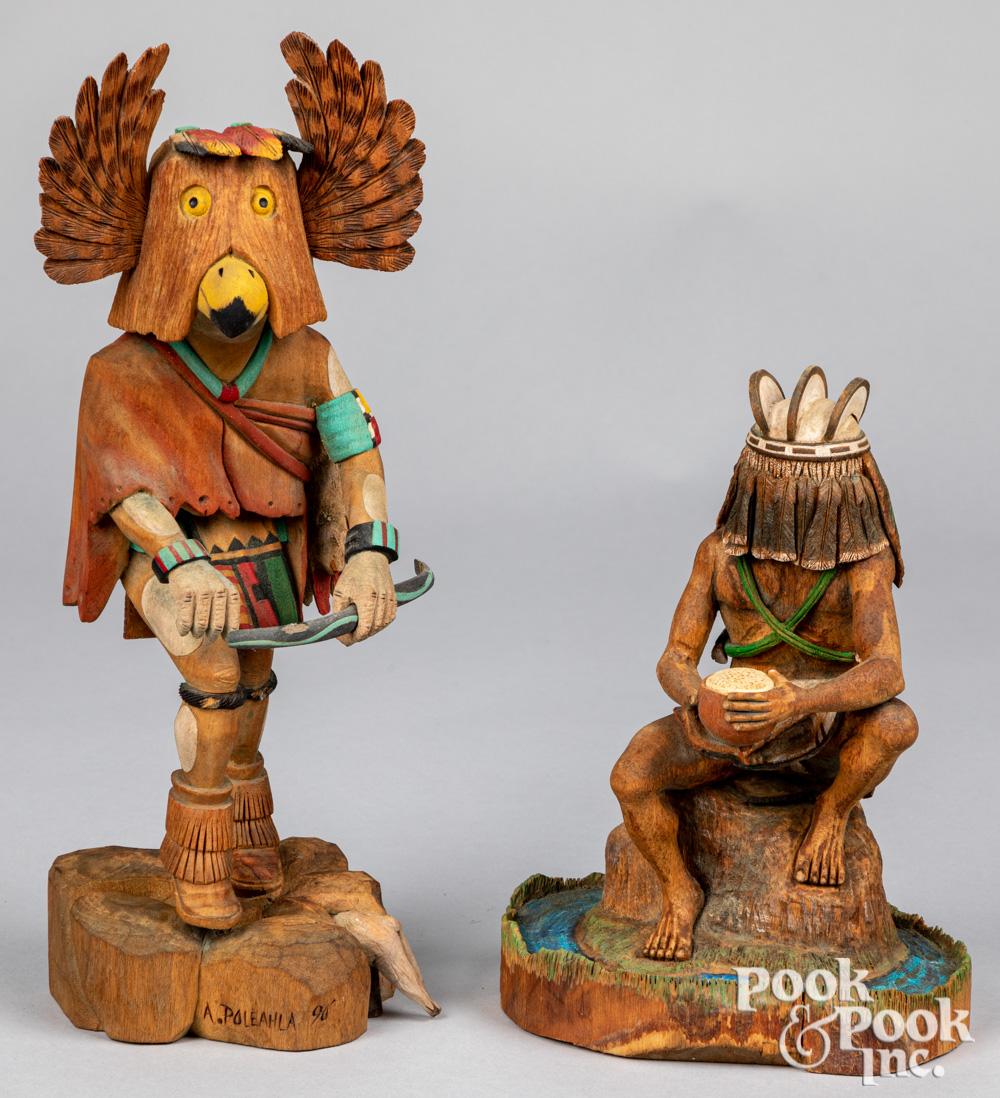 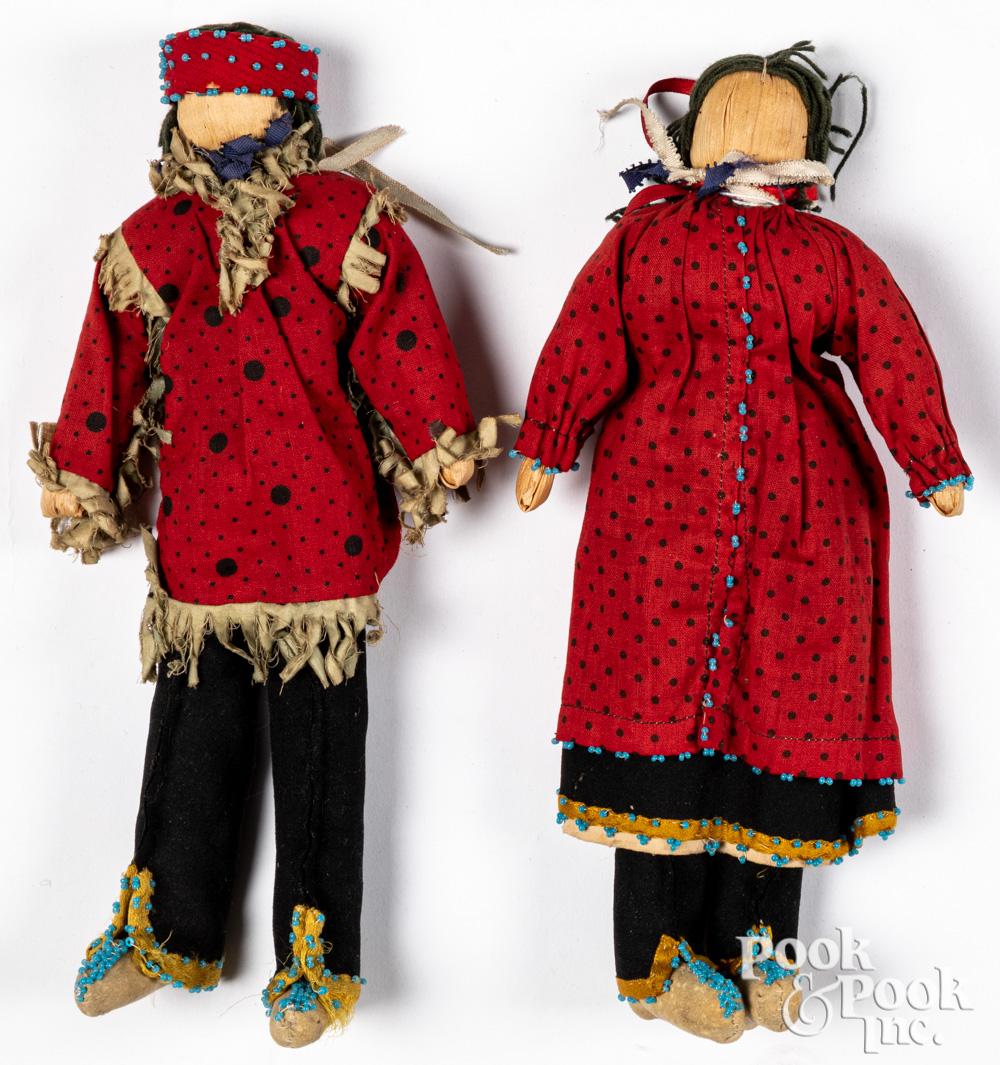 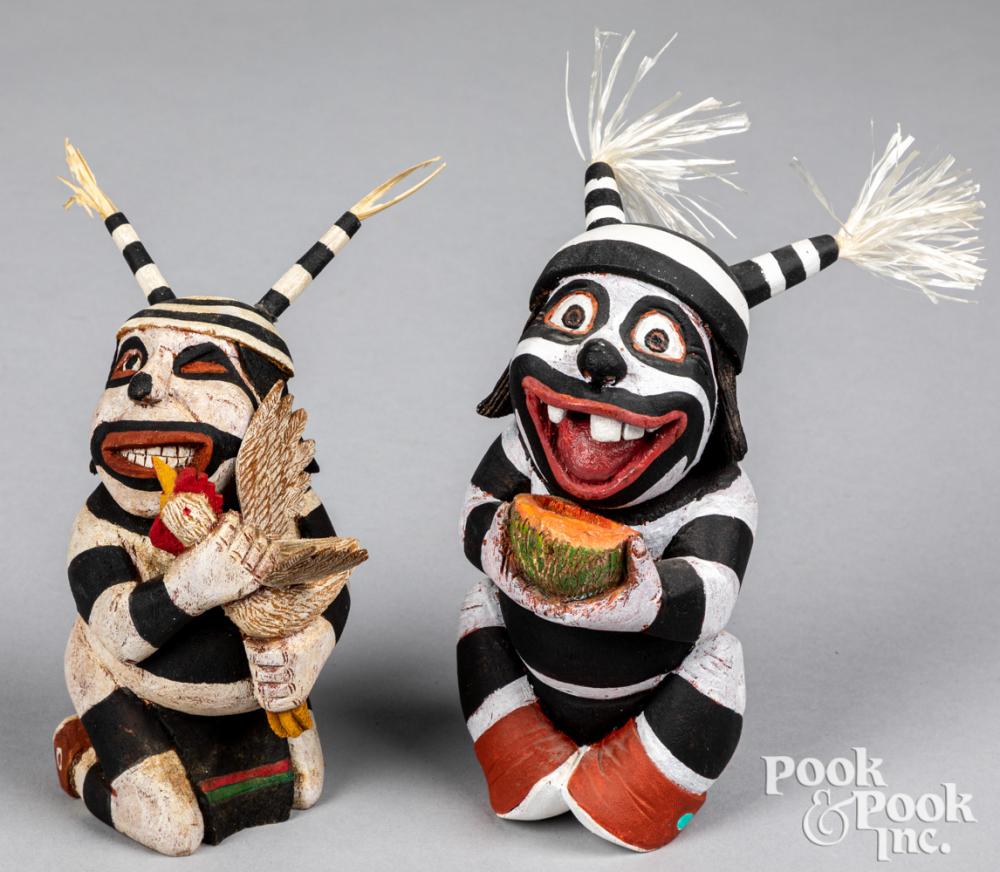 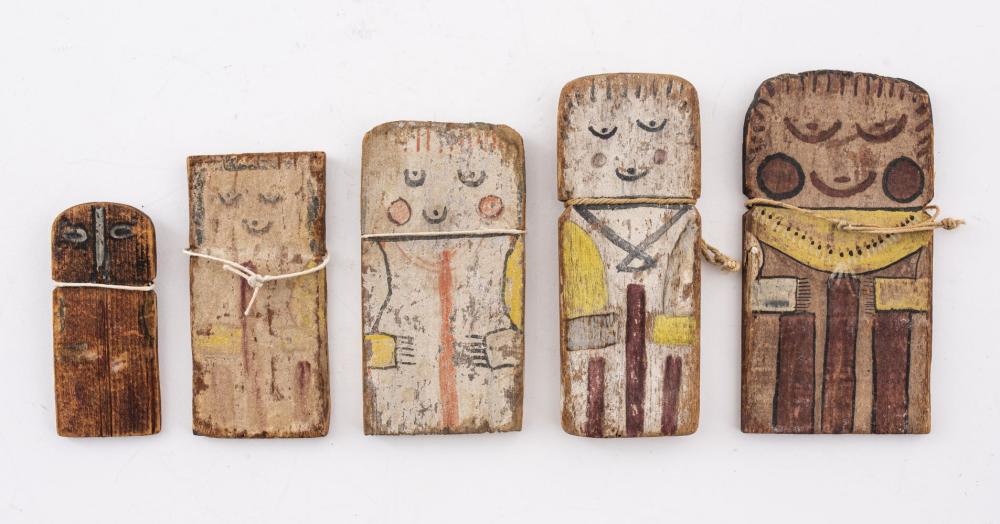 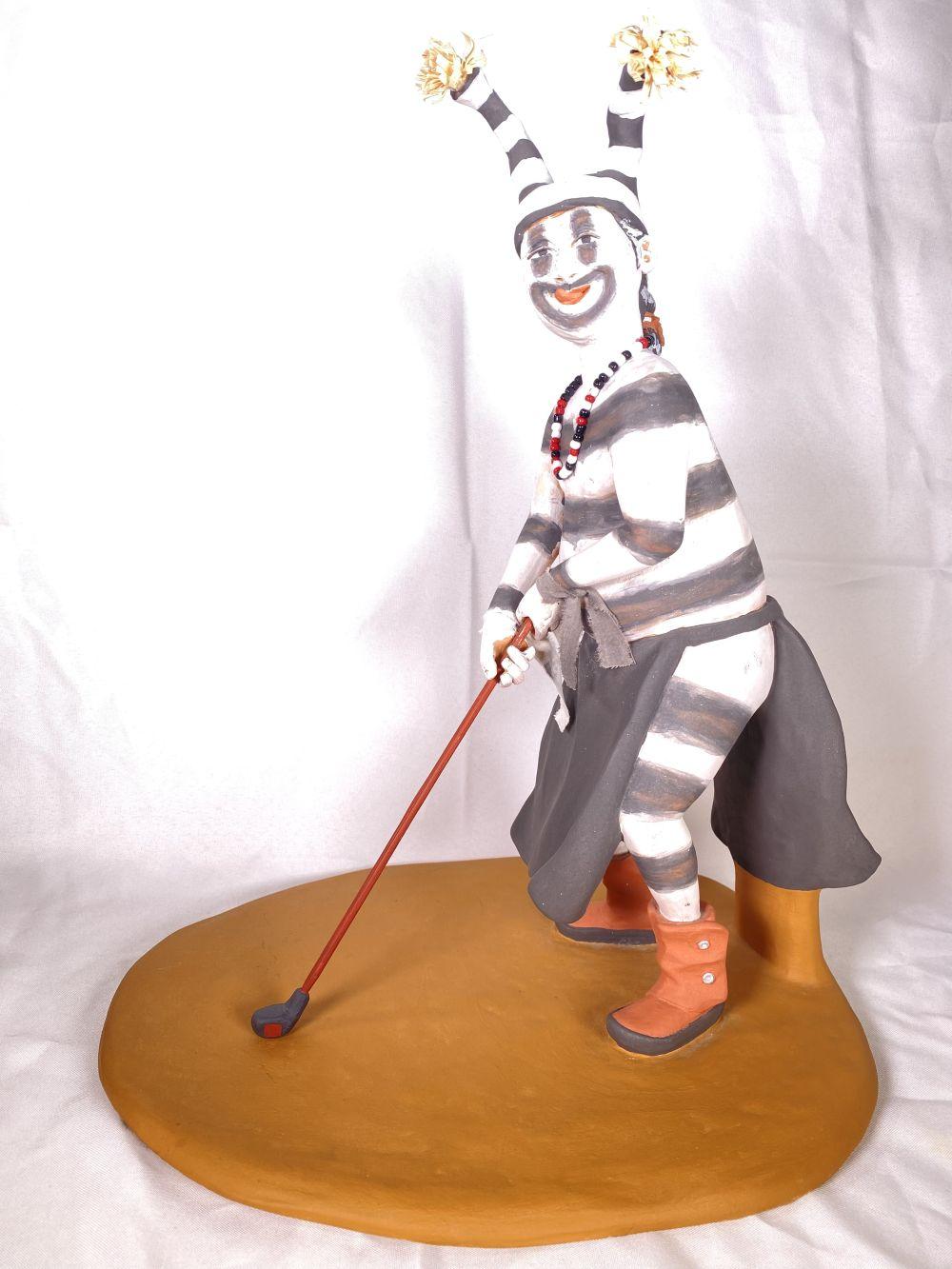 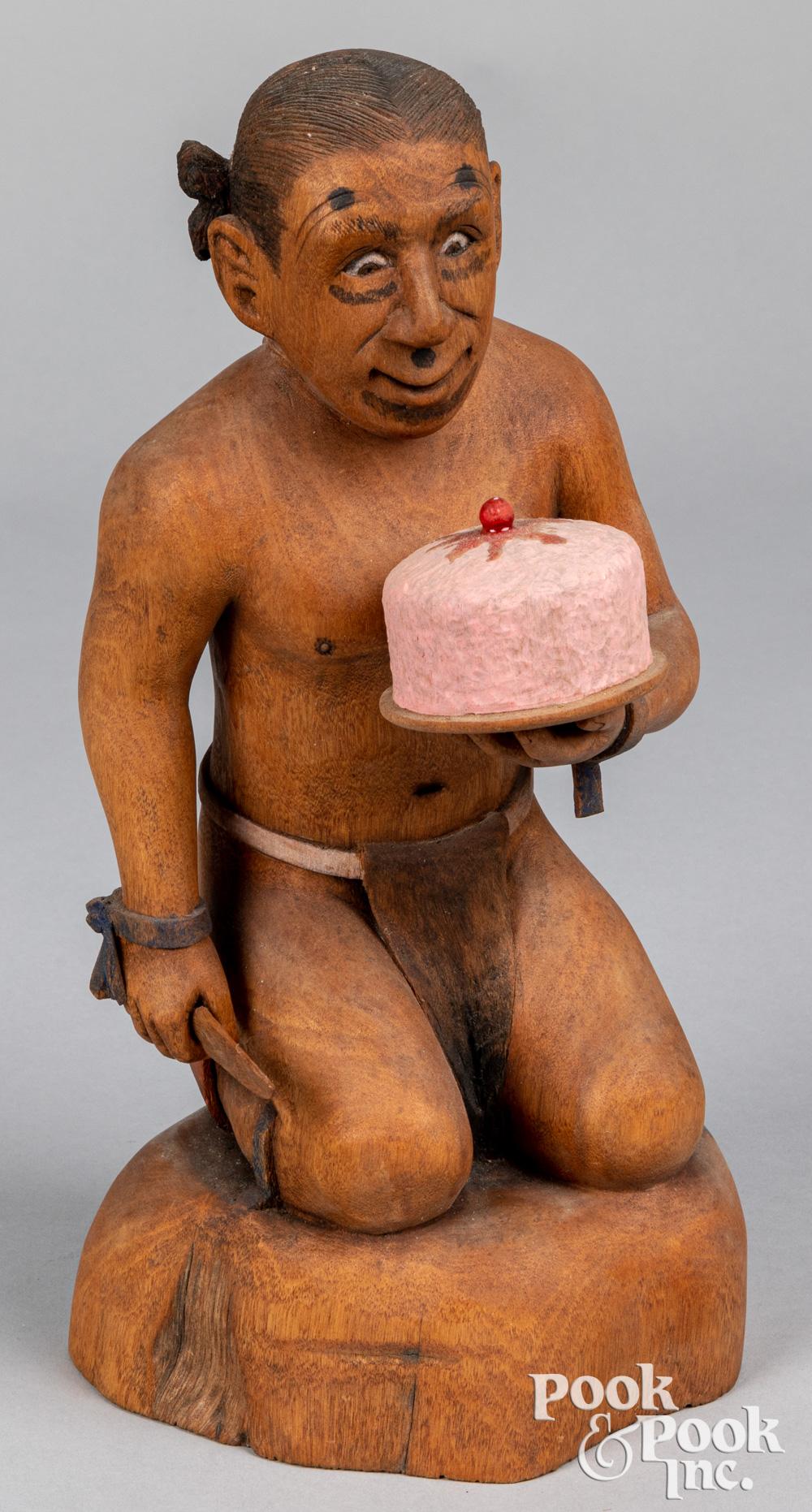 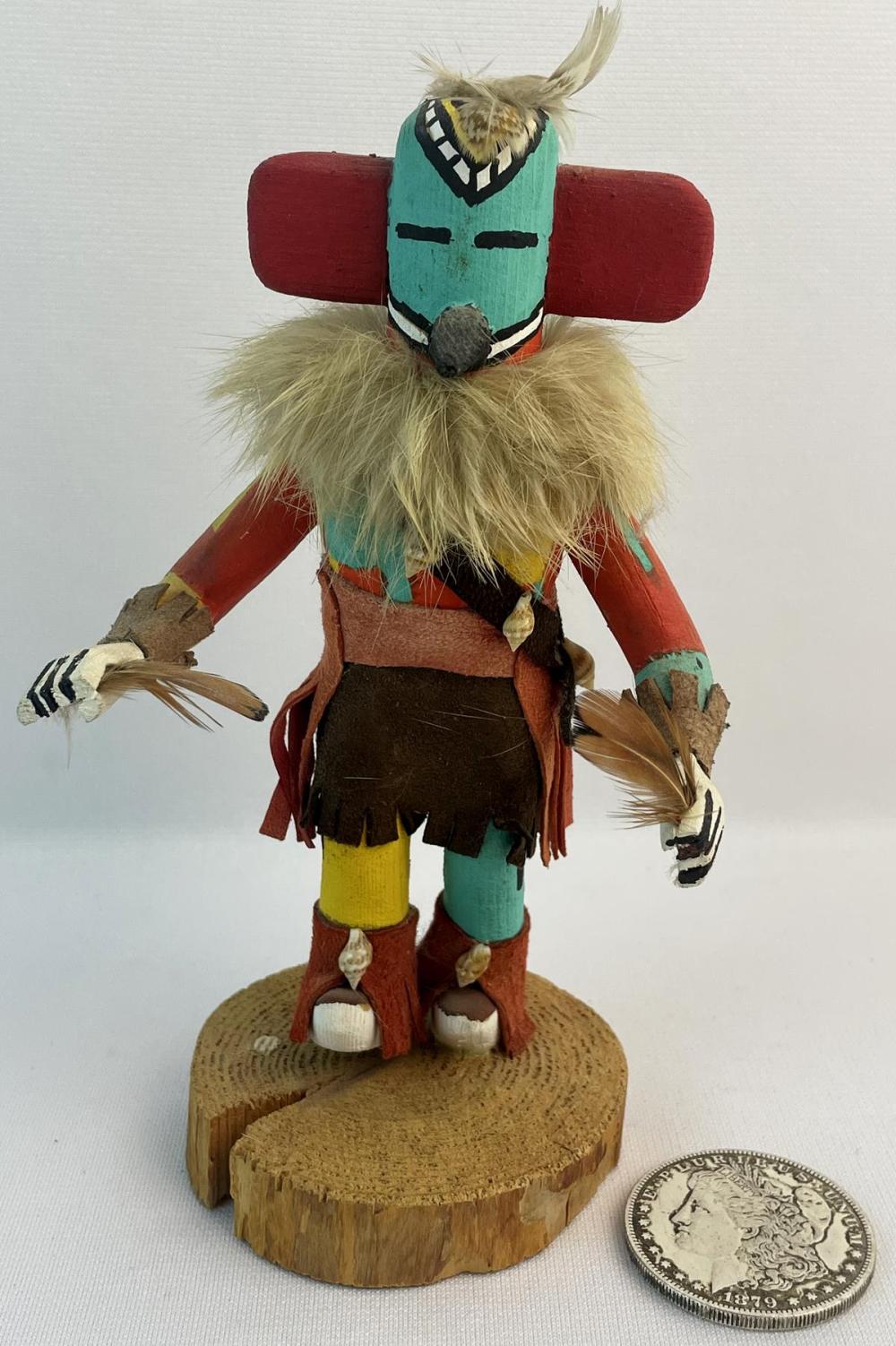 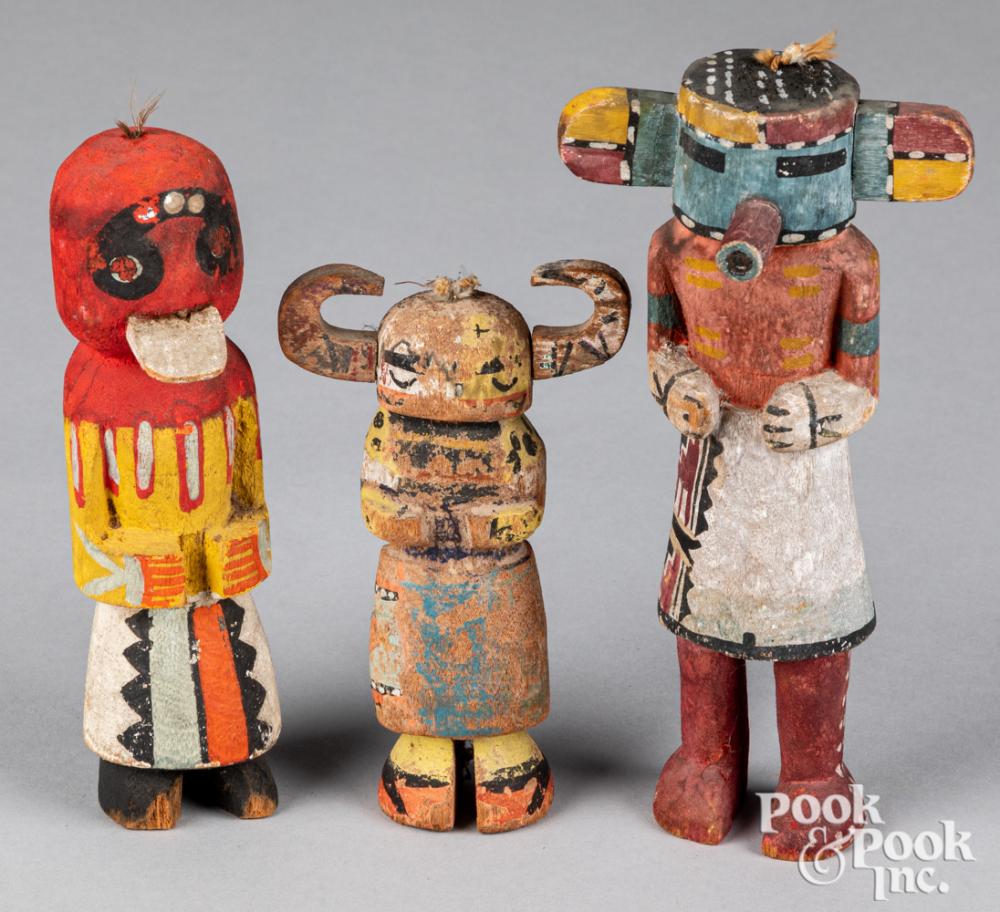 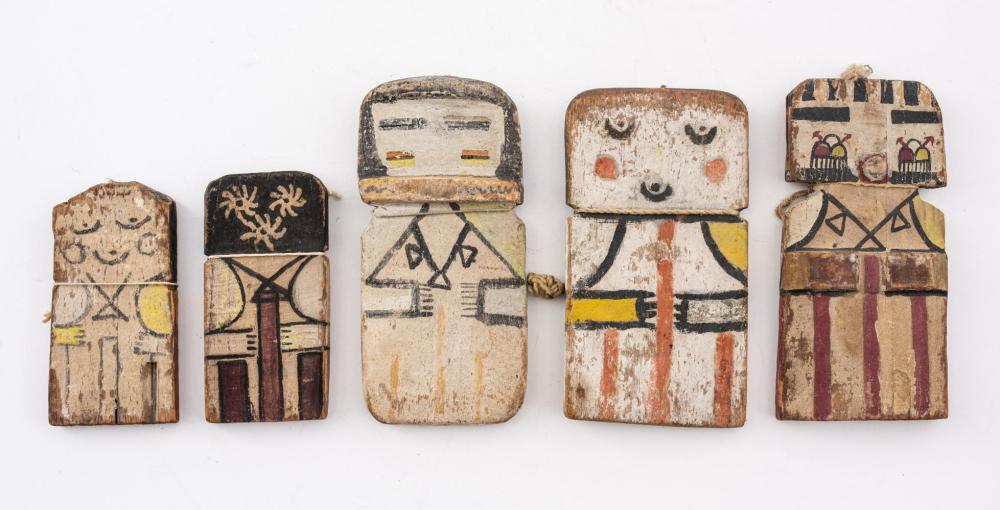 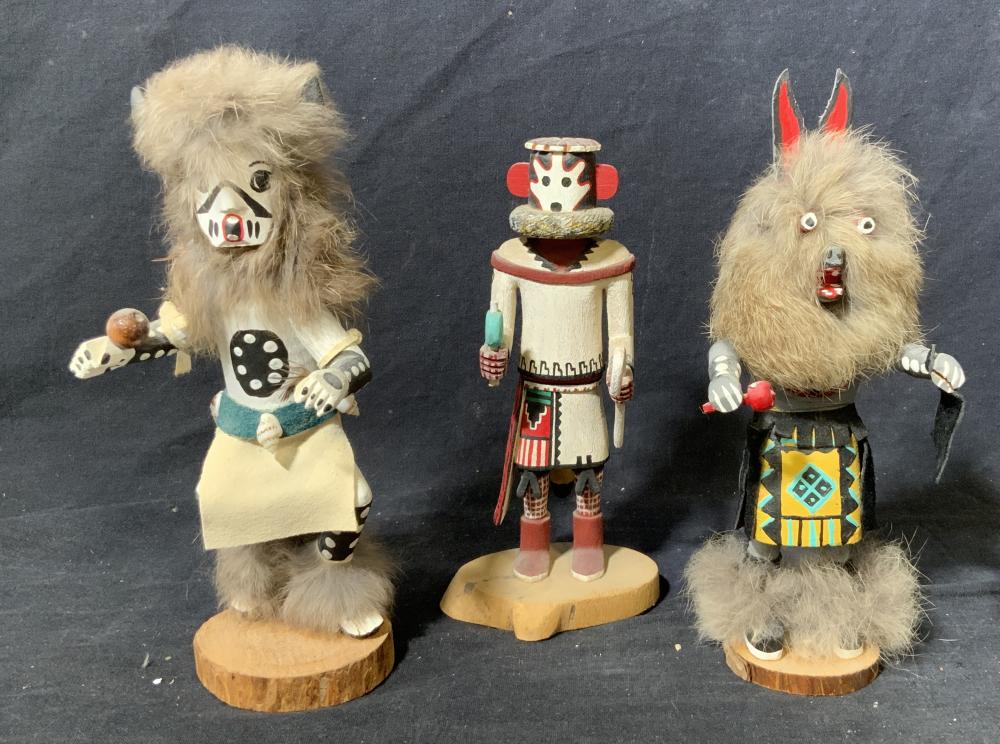 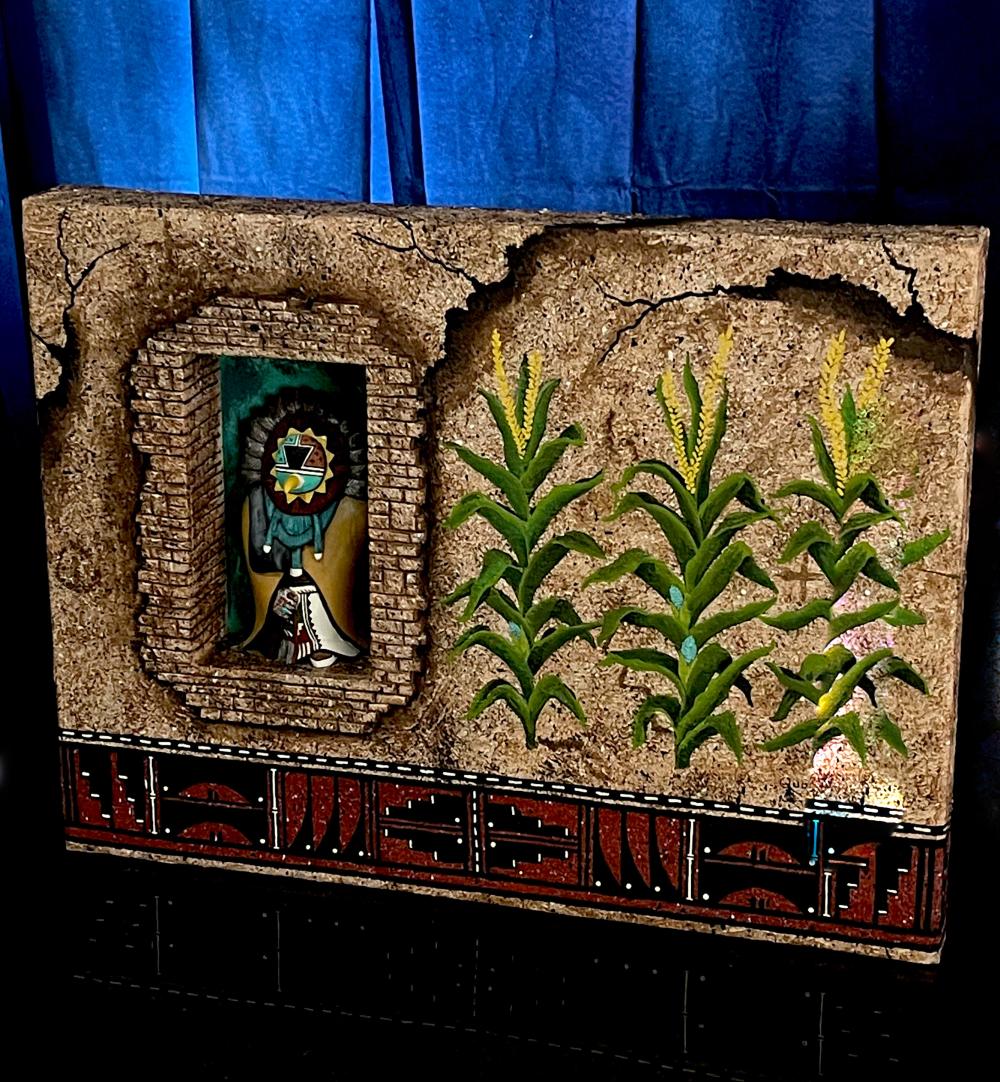 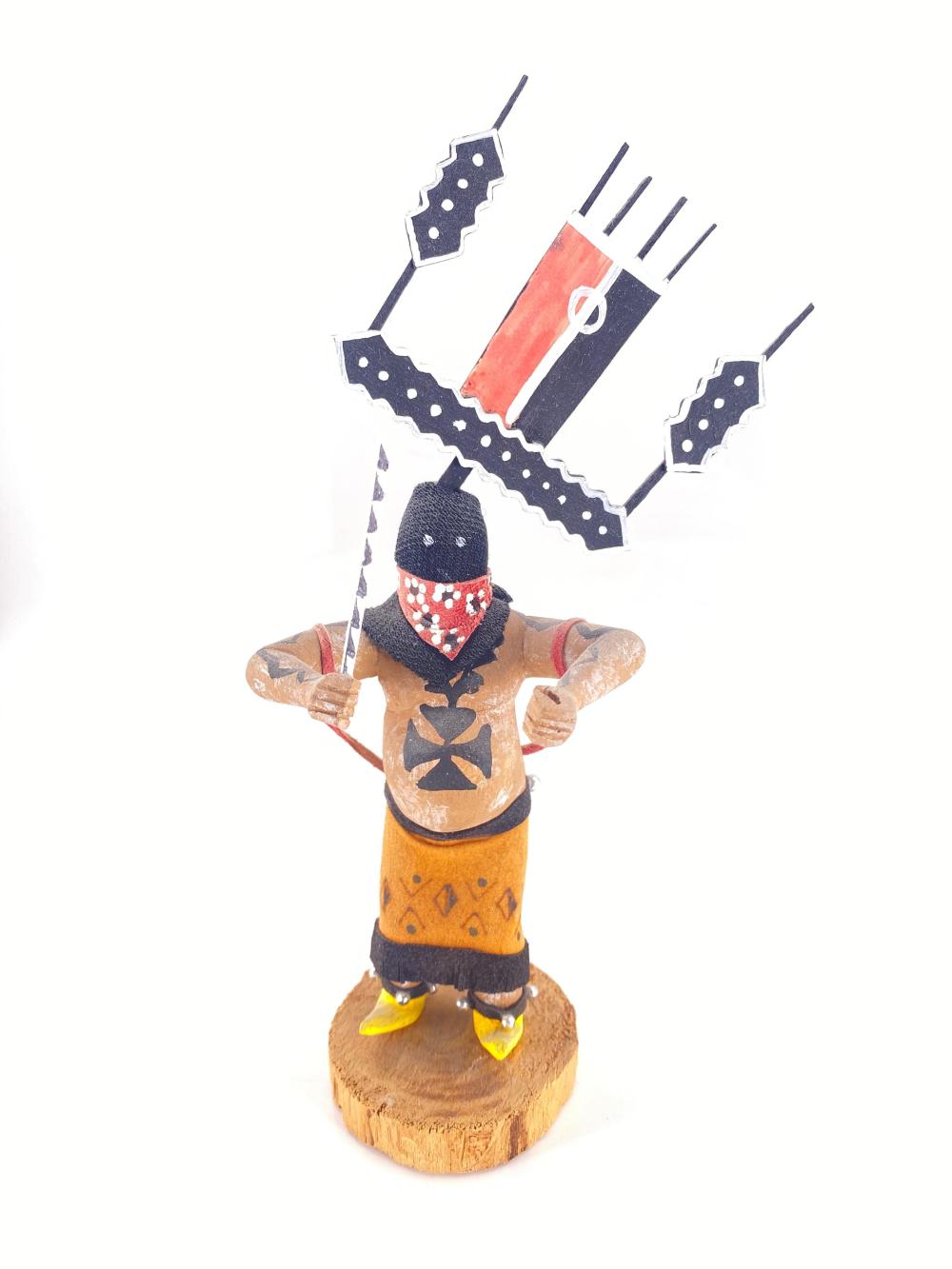 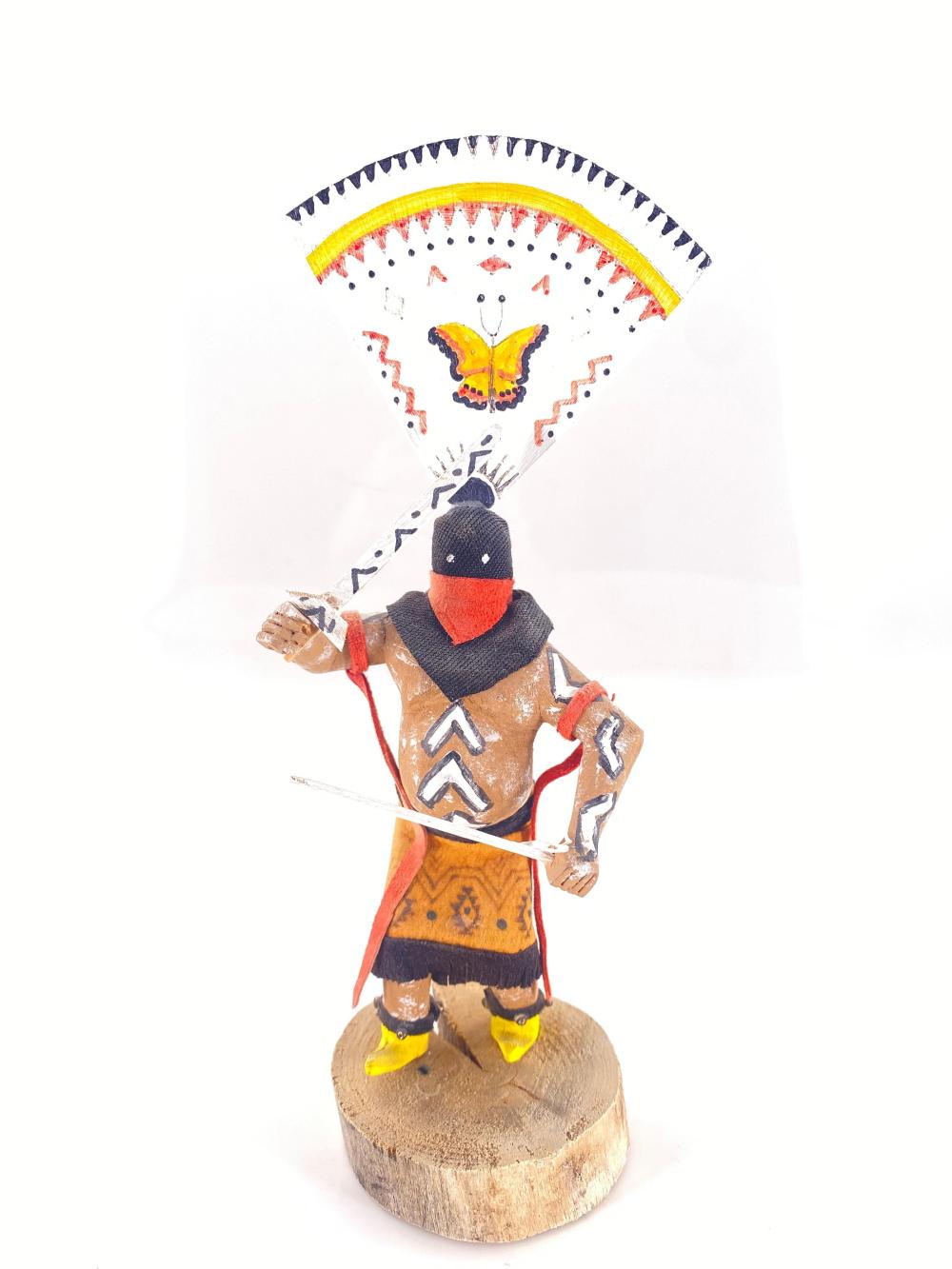 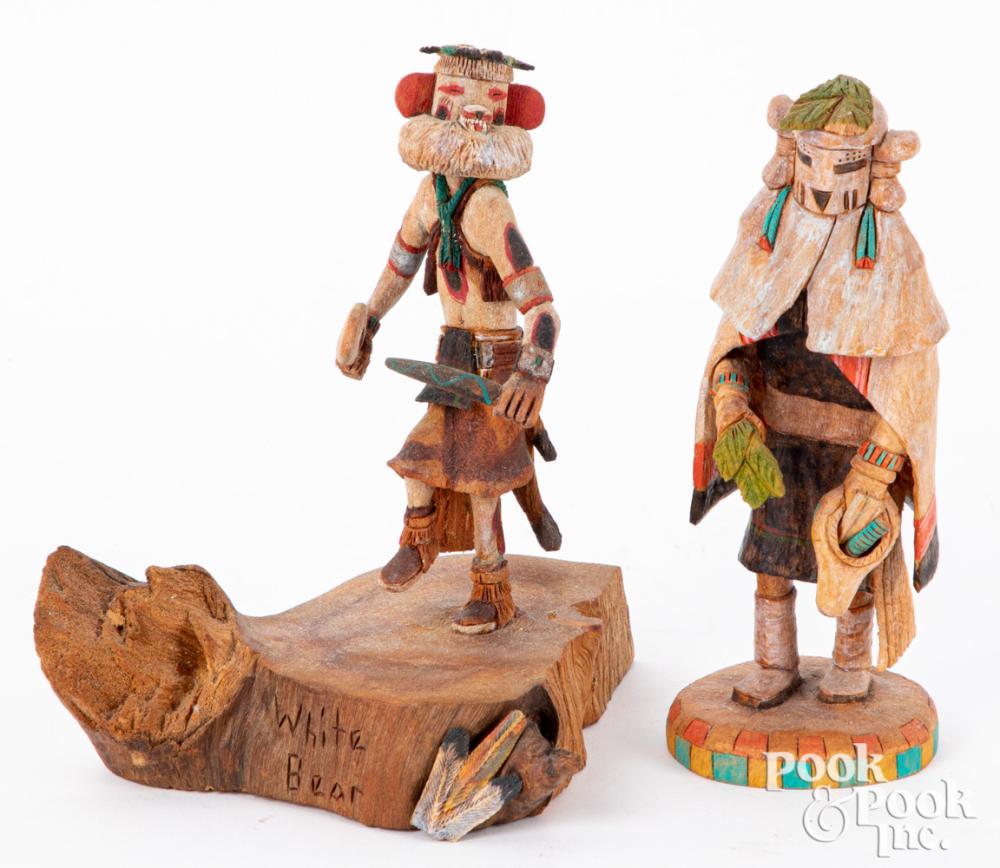 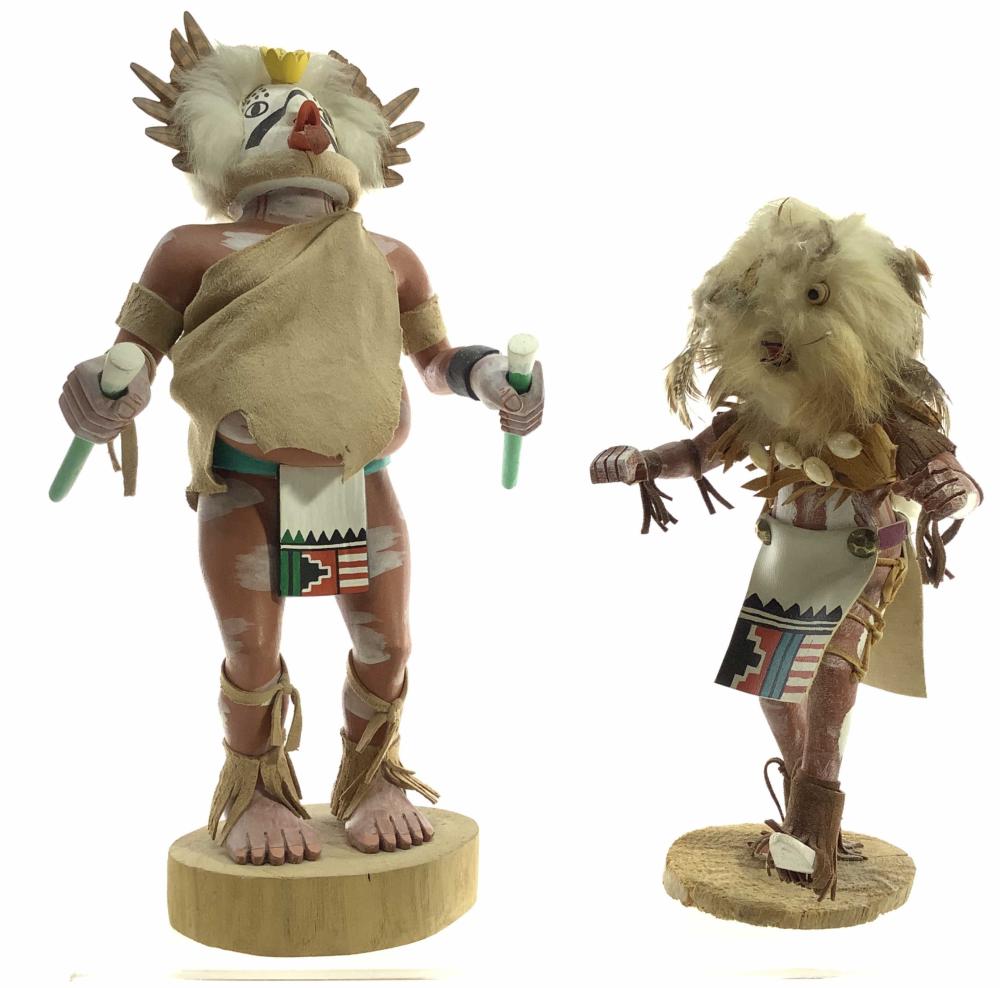 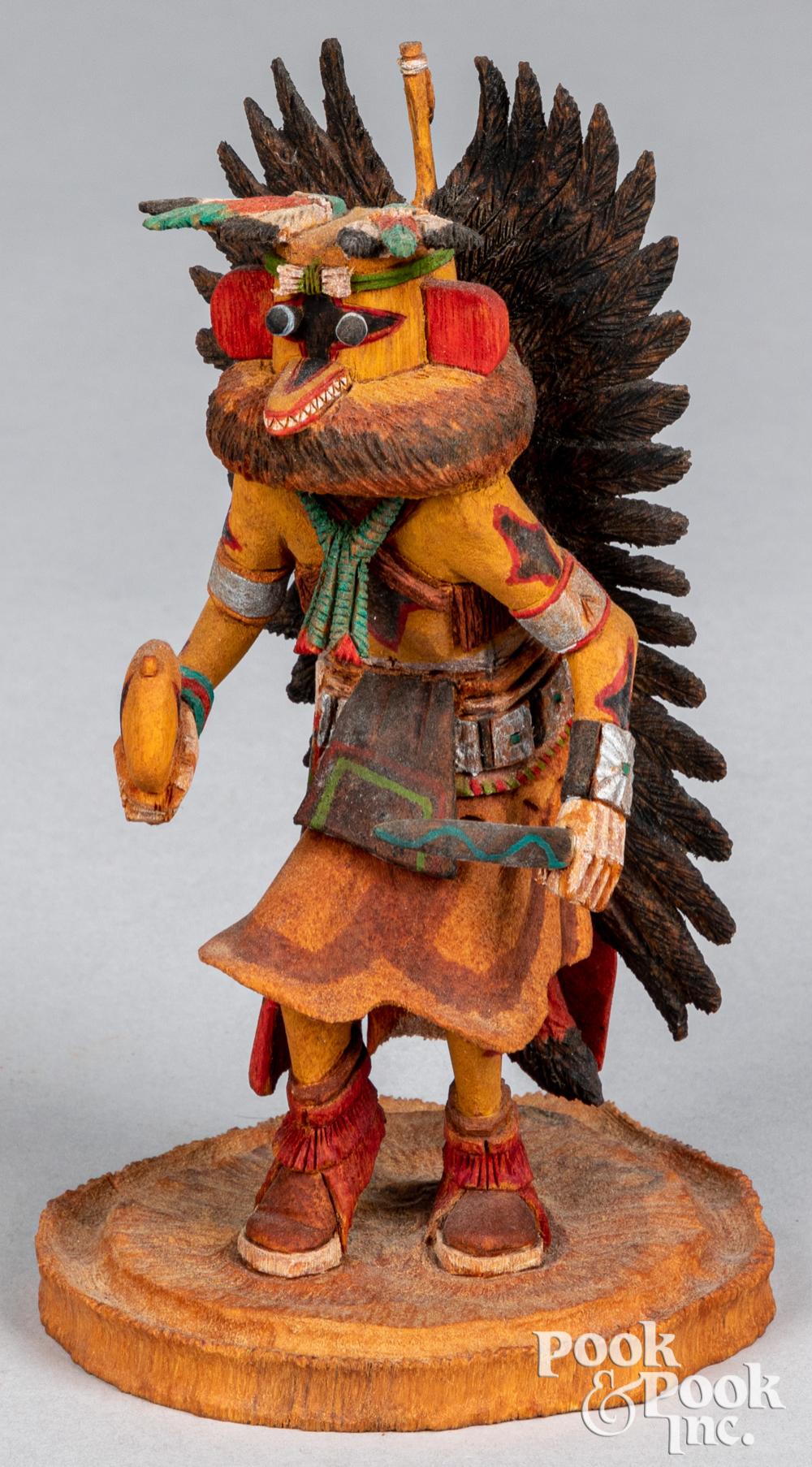 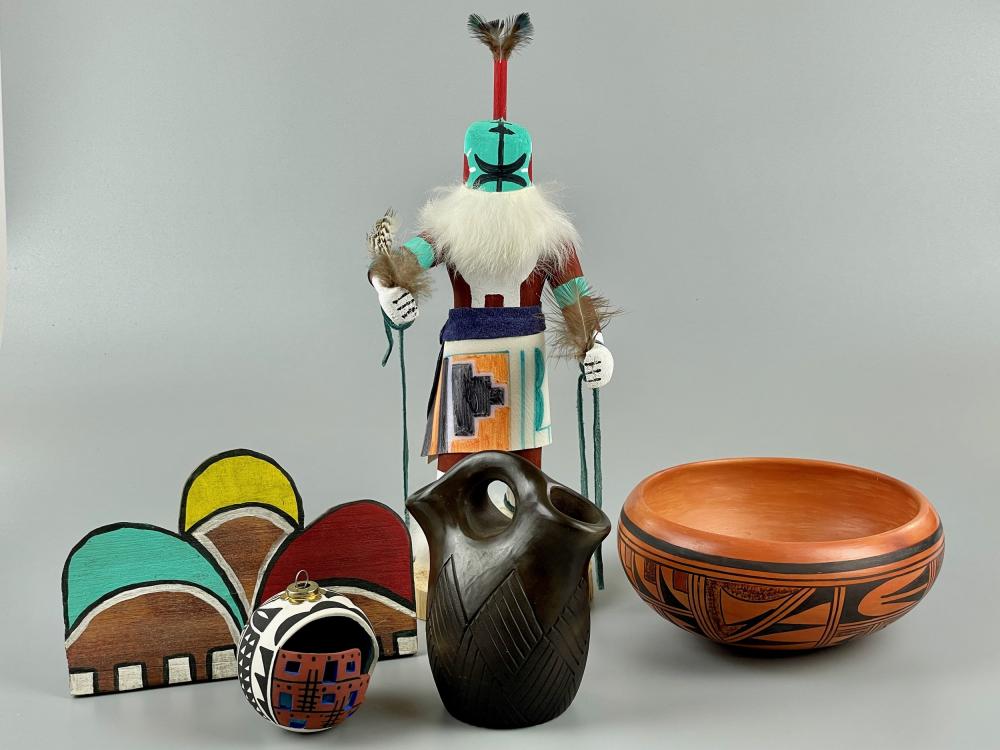 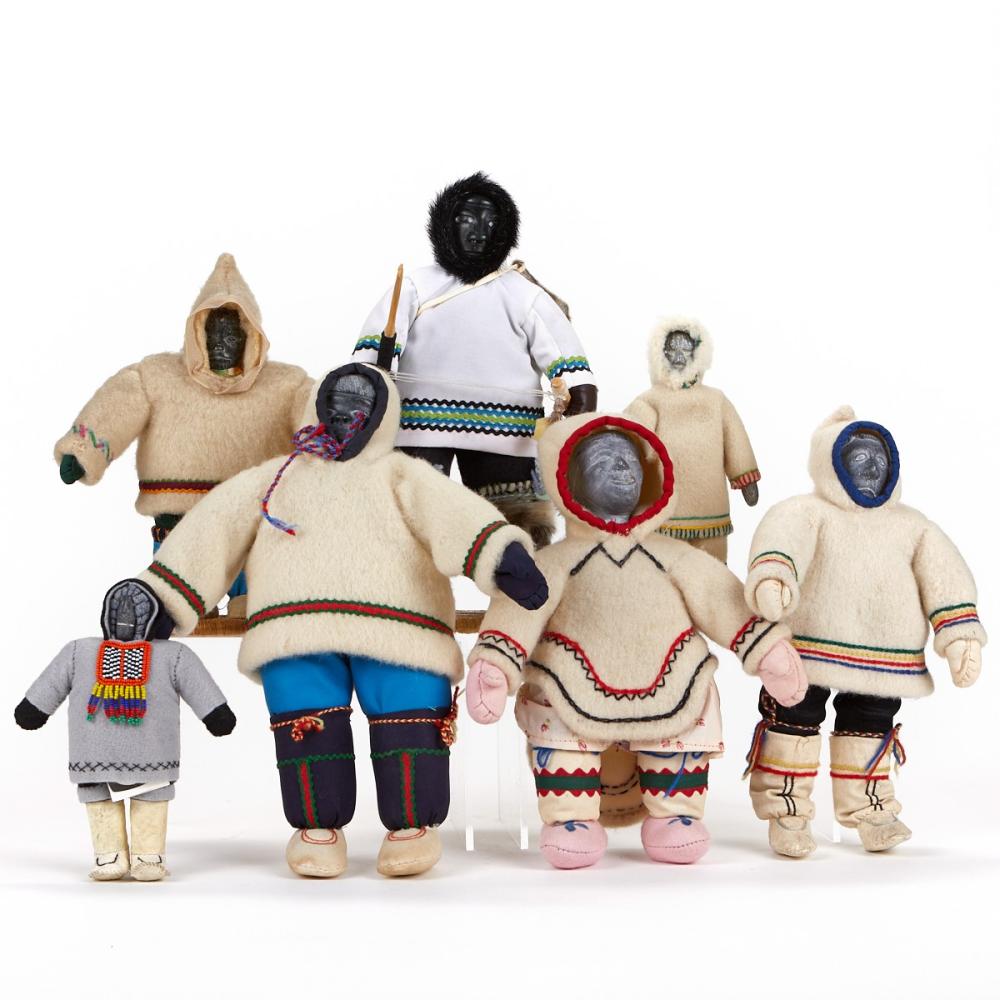 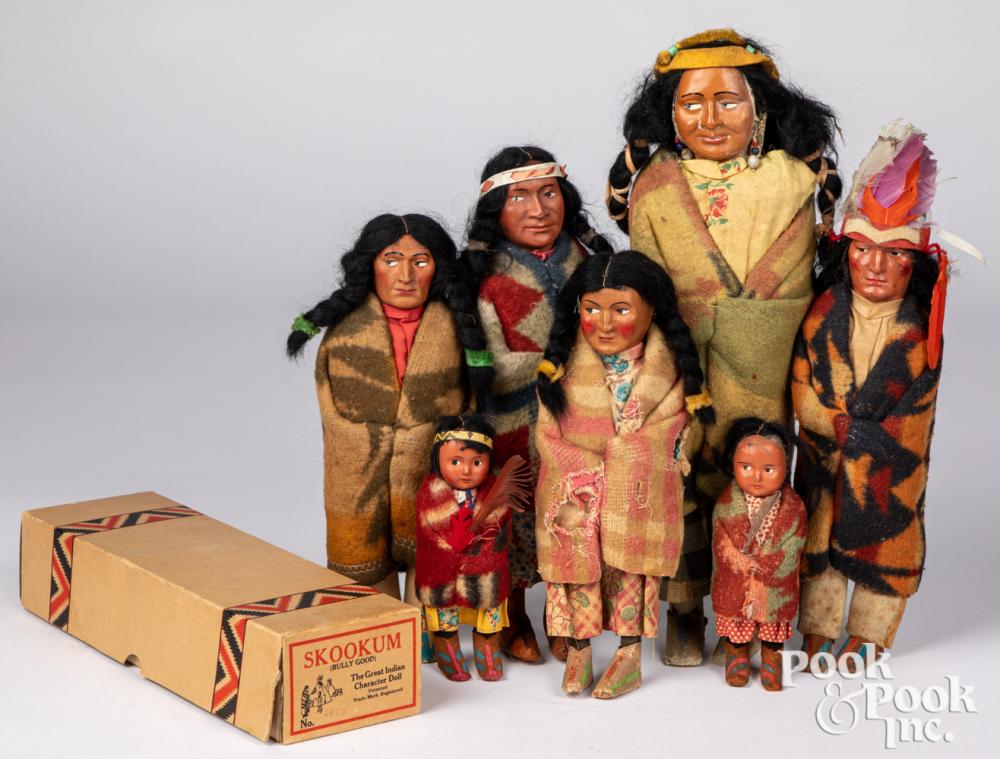