The Art Deco movement swept from France across the world from the '20s to the '30s, prompted by an association of designers fueled by the desire to compete with the Austrian and German advances in design and manufacturing. Like most major art movements, Art Deco sought to completely revolutionize the styles and ideal of the past. Sleek, angular, and heavy on geometric forms with a touch of the individual artist’s flourish, Art Deco changed the face of architecture, interior design, and decorative objects. Clocks were no exception.

During the Art Deco period of horology, luxury jewelers often stood in for traditional clockmakers. The house of Cartier, in cooperation with clockmaker Maurice Couet, created the Pendule Mysterieuse, a series of twelve Chinese-inspired clocks featuring animals and figures with hands that appeared to float in space. The hands were held afloat by transparent disks made of rock crystal, citrine, or aquamarine. 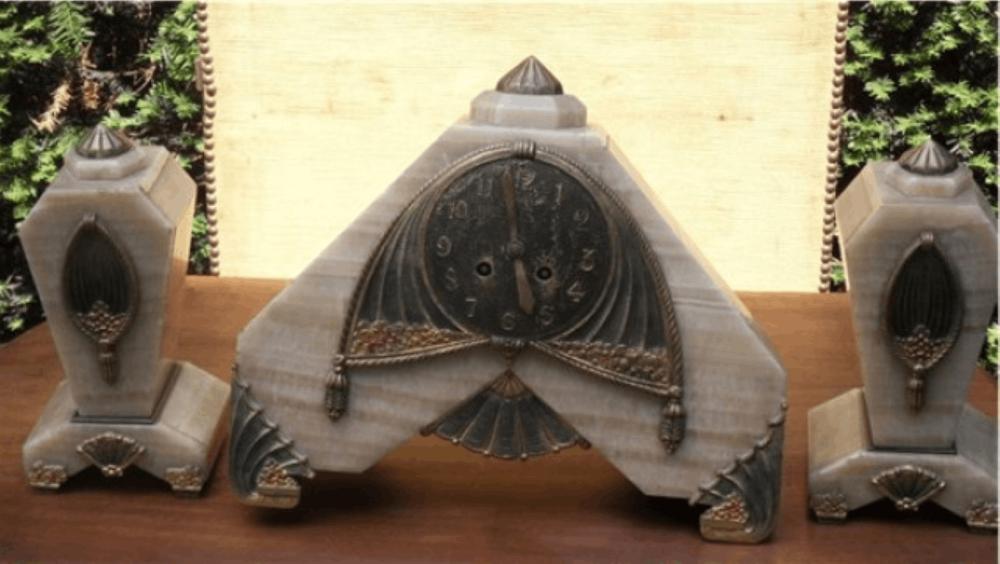