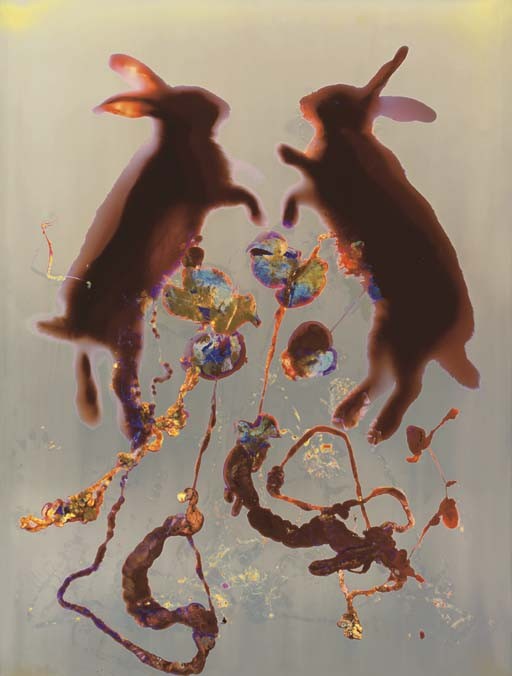 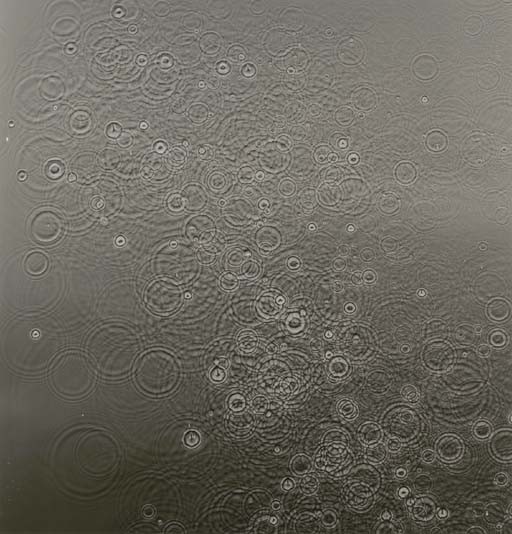 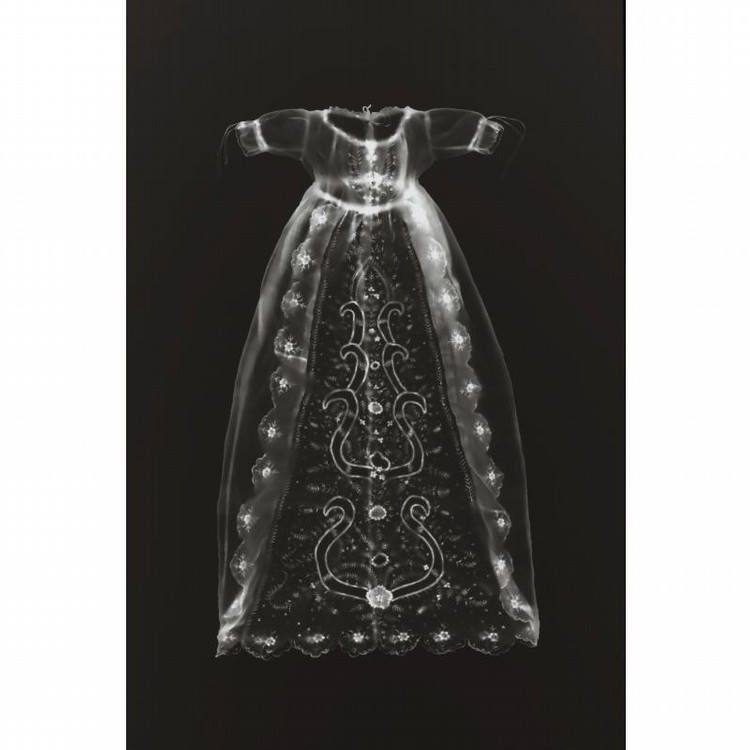 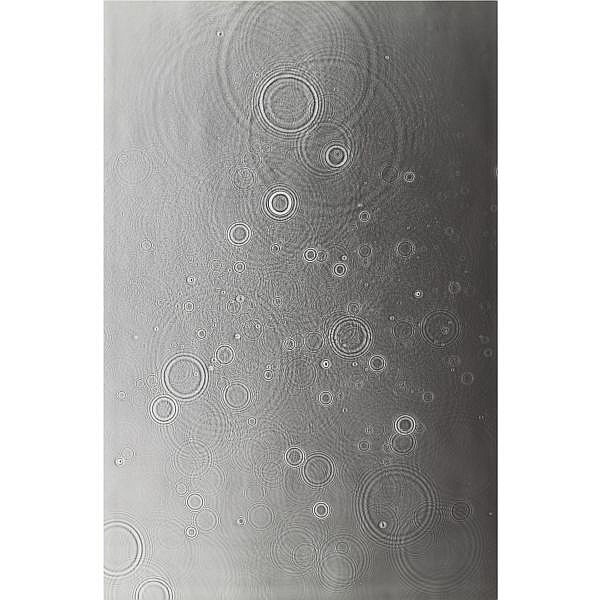 (born 1961, London, England) British/American photographer. Son of a women’s coat manufacturer and an Australian fashion model. After his father’s death in 1968, Adam Fuss moved to Australia to live with his mother. There he began his career in photography in 1980, when he worked as a photographic apprentice at the Ogilvy and Mather Agency. In 1982 Fuss moved to New York City where he worked as a commercial photographer documenting art exhibitions. Fuss chose to deviate from traditional photographic images, and in 1984 began developing a series of works made from a pinhole camera. “Fuss first learned of the pinhole photograph method as a 15 year old, when, desperately wanting an Olympus OM, was told by his art teacher, ‘you can take the best pictures in the world with a pinhole camera.’” This technique enabled Fuss to create a greater sense of freedom and movement for the subjects captured within the boundaries of the picture plane, which were primarily marble sculptures. “This series of pinhole photographs was Fuss’s first important early body of work. The group, all gelatin silver prints, are important not only in their own right but also for the integral role they played in the evolution of Fuss's relationship with the photographic medium.” Fuss first exhibited these photographs in 1985 at Massimo Audiello’s gallery. “Two years, two trips to Europe and an exhibition later, Fuss was photographing the White House and forgot to uncover the pinhole of the camera. The end result was that light had seeped in and made a photogram on the dust on the inside of the camera.” “Fuss's exploration in the photogram process has resulted in the rich tapestry of over 15 years of work involving a wide variety of subjects such as water, snakes in water, infants in water, rabbit entrails, plants, sunflowers, stained glass fragments, cow livers, birds, smoke, mushroom spores, and simply light itself. However, throughout the wide range of materials with which Fuss has worked, there has been a faithful commitment to our organic world and to simultaneously "generating pictures himself.” In 2000, Fuss won the Sixteenth Annual ICP Infinity Award for Art.
Credit: Christie's, New York, Photographs, October 12, 2005, Lot 112
With quotes from Pinhole Photographs: Adam Fuss, Smithsonian Institution Press, 1996 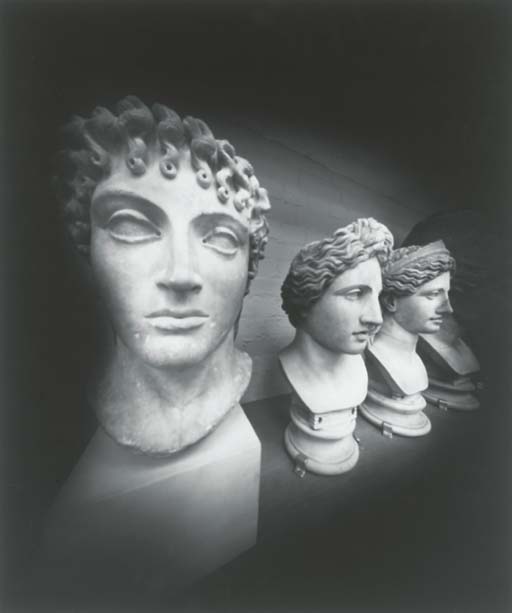 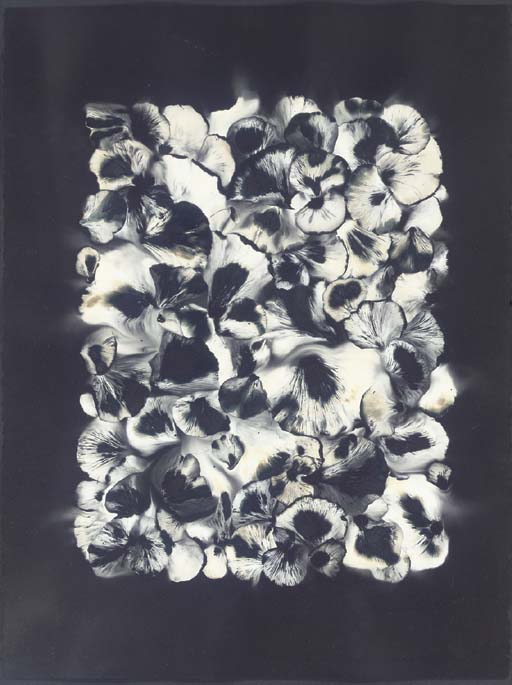 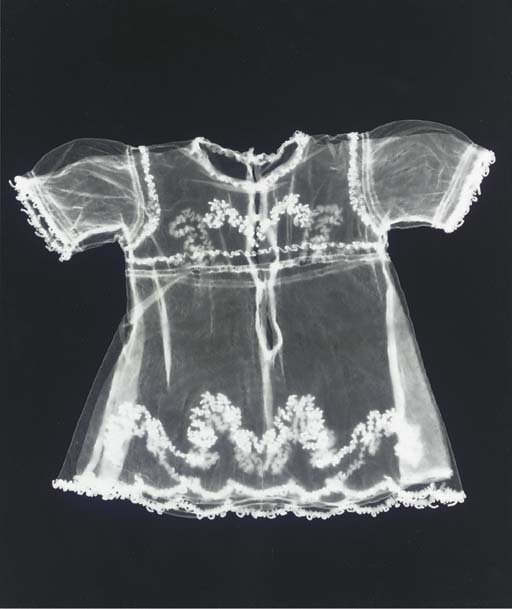 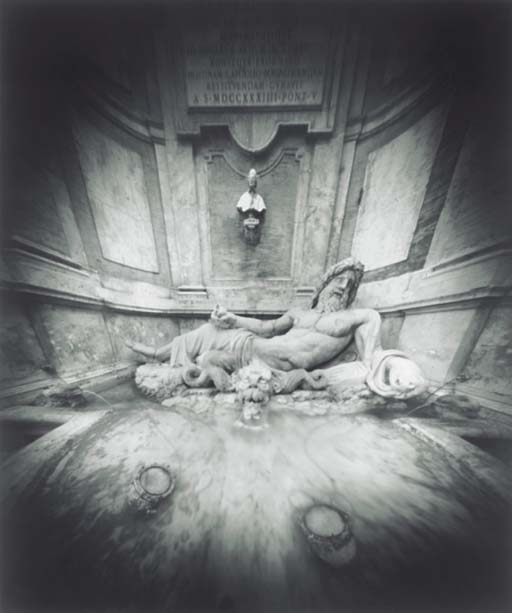 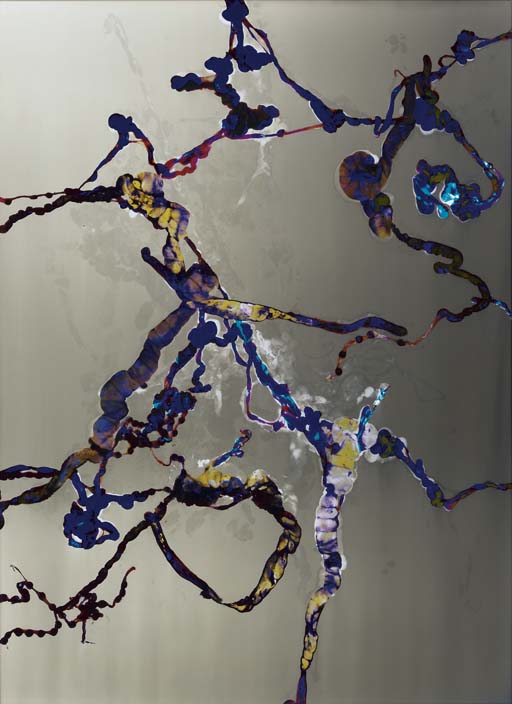 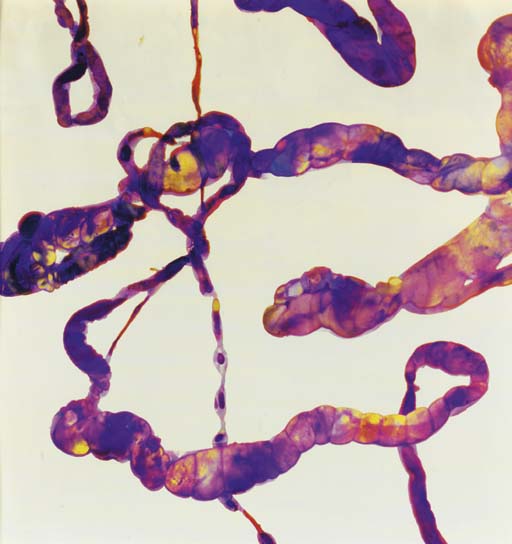 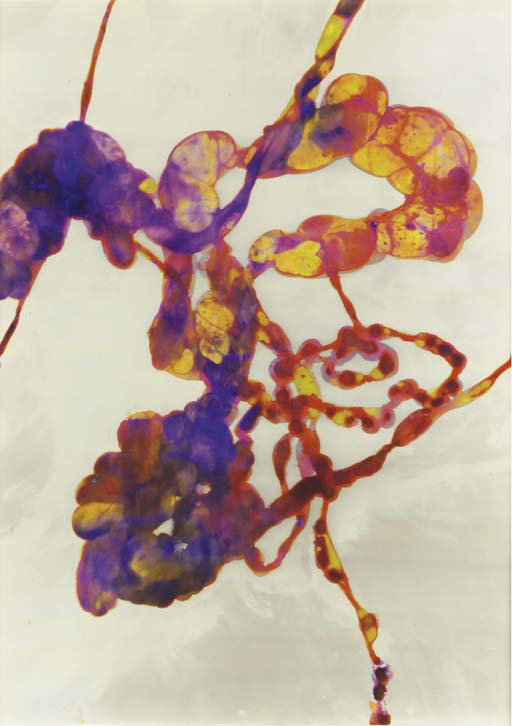 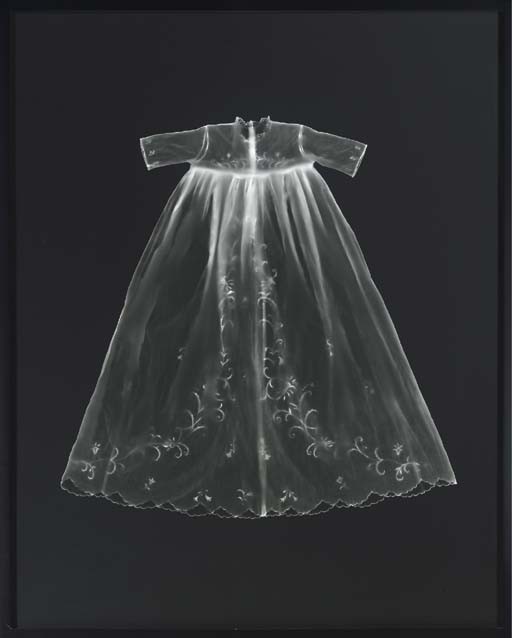 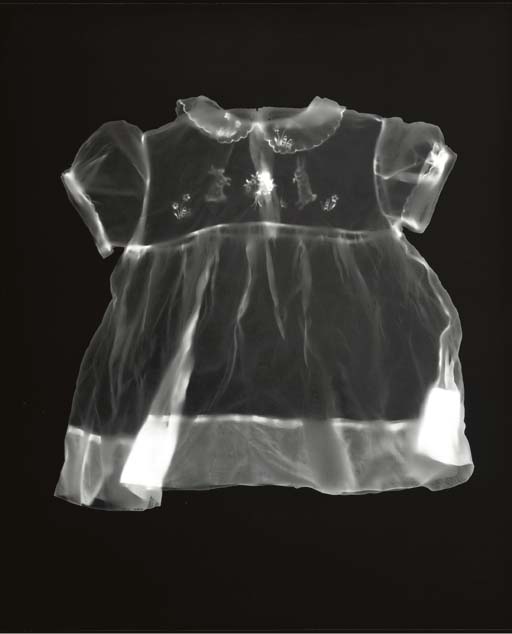 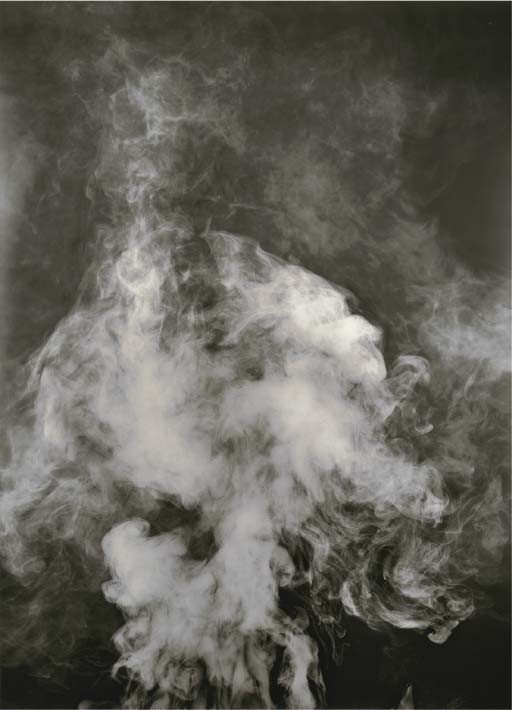 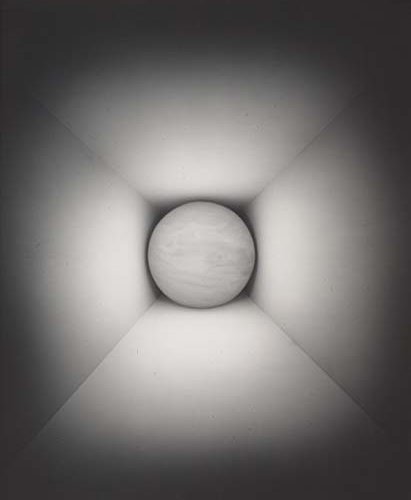 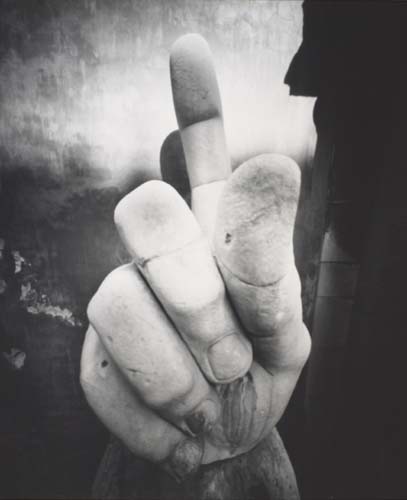