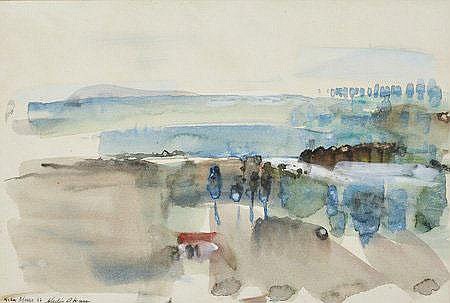 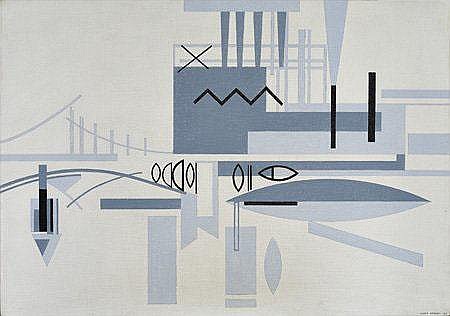 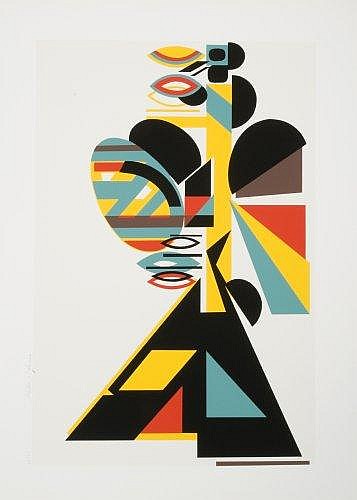 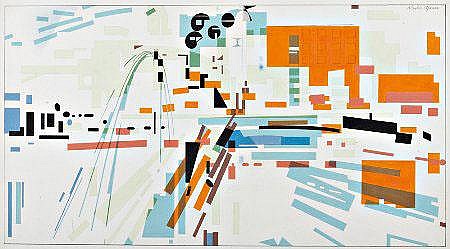 Nadir Afonso, GOSE (4 December 1920 – 11 December 2013) was a Portuguese geometric abstractionist painter. Formally trained in architecture, which he practiced early in his career with Le Corbusier and Oscar Niemeyer, Nadir Afonso later studied painting in Paris and became one of the pioneers of Kinetic art, working alongside Victor Vasarely, Fernand Léger, Auguste Herbin, and André Bloc.

As a theorist of his own geometry-based aesthetics, published in several books, Nadir Afonso defended the idea that art is purely objective and ruled by laws that treat art not as an act of imagination but of observation, perception, and form manipulation.

Nadir Afonso achieved international recognition early in his career and many of his works are in museums. His most famous works are the Cities series, which depict places all around the world. He was known to have painted into his later years and died on 11 December 2013 at a hospital in Cascais. During his life he achieved great honors, representing his country at the finest level.


Nadir Afonso Rodrigues was born in the rural, remote town of Chaves, Portugal, on December 4, 1920. His parents were Palmira Rodrigues Afonso and the poet Artur Maria Afonso. His very unusual first name was suggested by a gypsy to his father on his way to the Civil Registry, where he was due to be registered as Orlando.

By the age of four, he made his first "painting" on a wall at home: a perfect red circle, which anticipated his life as under the signs of rhythm and geometric precision. His teen years were dedicated to painting, and he won his first national prize at age 17. It was only natural that he was sent to the bigger city of Porto to enroll in the School of Fine Arts to pursue a degree in painting. However, at the registration desk, he took the advice of the clerk, who told him that his high school diploma allowed him to enroll in Architecture, which was then a more promising career. As he later admitted, he made a mistake by listening to that man.

Nadir Afonso took on the challenge and graduated in Architecture, though he flunked the third year because some of his professors could not accept his artistic style. Settled in Porto, he started to design houses and industrial buildings, while at the same time painting the city around him under his other surname, Rodrigues. As a member of the artist collective Independents, he took part in all their art exhibitions until 1946 and became a favorite with the national critics. His oil A Ribeira was purchased by the Contemporary Art Museum of Lisbon in 1944, when he was only 24 years old.

In 1946, Nadir Afonso left Porto for Paris with a number of unfinished works from his "Iris period", and changed his signature with the surname Afonso. There, a Brazilian painter Candido Portinari helped him secure a scholarship from the French Government to study art and painting at the École Nationale Supérieure des Beaux-Arts. He resided at the Hôtel des Mines in the Latin Quarter and spent his time regularly at students hangouts. Nadir Afonso recalls this period of his life as the first time that he was in contact with the great world of art.[4] Because his scholarship lasted only one year, Nadir Afonso worked until 1948 (and again in 1951) with the architect Le Corbusier who, knowing his passion for painting, gave him the mornings off without cutting his salary. He also worked for a while, with the artist Fernand Léger.

While working under Le Corbusier in Paris, Nadir Afonso gradually developed his own style of geometric abstractionism. His new fundamentals of aesthetics reoriented his concepts of the origin and essence of art that resulted in his 1948 research thesis controversial to his architectural work, Architecture Is Not an Art. "Architecture is a science, a team elaboration", and therefore a means of expression that cannot satisfy a solitary soul like him.[4] In 1949, Nadir Afonso left Paris and for a while immersed himself fully in his paintings. He went through a period of inspiration in the Portuguese Baroque, followed by an Egyptian period.

From December 1951 to 1954, Nadir Afonso crossed the Atlantic to answer an invitation to work with the Brazilian architect Oscar Niemeyer; it was three years of "necessary architecture and obsessive painting". That obsession forced him to return to Paris, looking for artists researching kinetic art. He joined the group of the Denise René Gallery, connecting with French-Hungarian painter Victor Vasarely (father of Op-art), Danish painter Richard Mortensen, French painter Auguste Herbin, and French architect André Bloc, culminating in 1958 with the public showing at the Salon des Réalités Nouvelles, of his animated painting Espacillimité (now on display at the Chiado Museum in Lisbon). His first book, La Sensibilité Plastique, was published the same year with the support of art critic Michel Gaüzes, patron Madame Vaugel and Victor Vasarely. In 1959, his first anthology exhibition took place at the Maison des Beaux-Arts in Paris, while initial exhibitions of his new style in his native country initially failed to raise as much interest as in the early expressionist years.

Paris was a world center of the arts but the fierce competition between artists proved too much for Nadir Afonso. In 1965, conscious of his social inadaptation, he moved back to his hometown of Chaves and gradually took refuge in isolation and accentuated the orientation of his life towards the creation of art. He terminated the architecture practice and pursued his aesthetics studies based on geometry, which he considered the essence of art. Once in a while, he left his hideout to return to Paris and meet with friends, author Roger Garaudy, painter Victor Vasarely, and critic Michel Gaüzes. By indication of Garaudy, he traveled to Toulouse to meet aestheticist Pierre Bru, with whom he reviewed the syntactic form of his studies, before publishing Les Mécanismes de la Création Artistique (The Mechanisms of Artistic Creation), the book where he introduced his original theory of art as an exact science.

In 1974, he had a solo exhibition at the Selected Artists Galleries, in New York. U.S. critics acclaimed him as "one of the first proponents of geometric abstraction in Portugal [and] one of the new generation European artists.

Living in reclusion, Nadir Afonso defined himself in 2006 as "Portuguese and a son of the inner country. I learned from tradition to be humble, to praise the masters, and to live these eighty-six years with the simplicity that my lowly status has always guaranteed me. To do a balance of my existence and of my work now is absurd."[4] He spent the last three decades of his life painting, exhibiting, and writing with regular and growing comfort. He was twice married, with five children, born between 1948 and 1989.

Nadir Afonso exhibited regularly in Lisbon, Porto, Paris, New York, and all over the world. His work is in museums in Lisbon and Porto (Portugal), Rio de Janeiro and São Paulo (Brazil), Budapest (Hungary), Paris (Pompidou Center), Wurzburg and Berlin (Germany), among others. He formed a foundation bearing his name, to which he donated his personal artwork collection, and engaged Pritzker Prize-winner architect Álvaro Siza to design its headquarters in his hometown of Chaves. 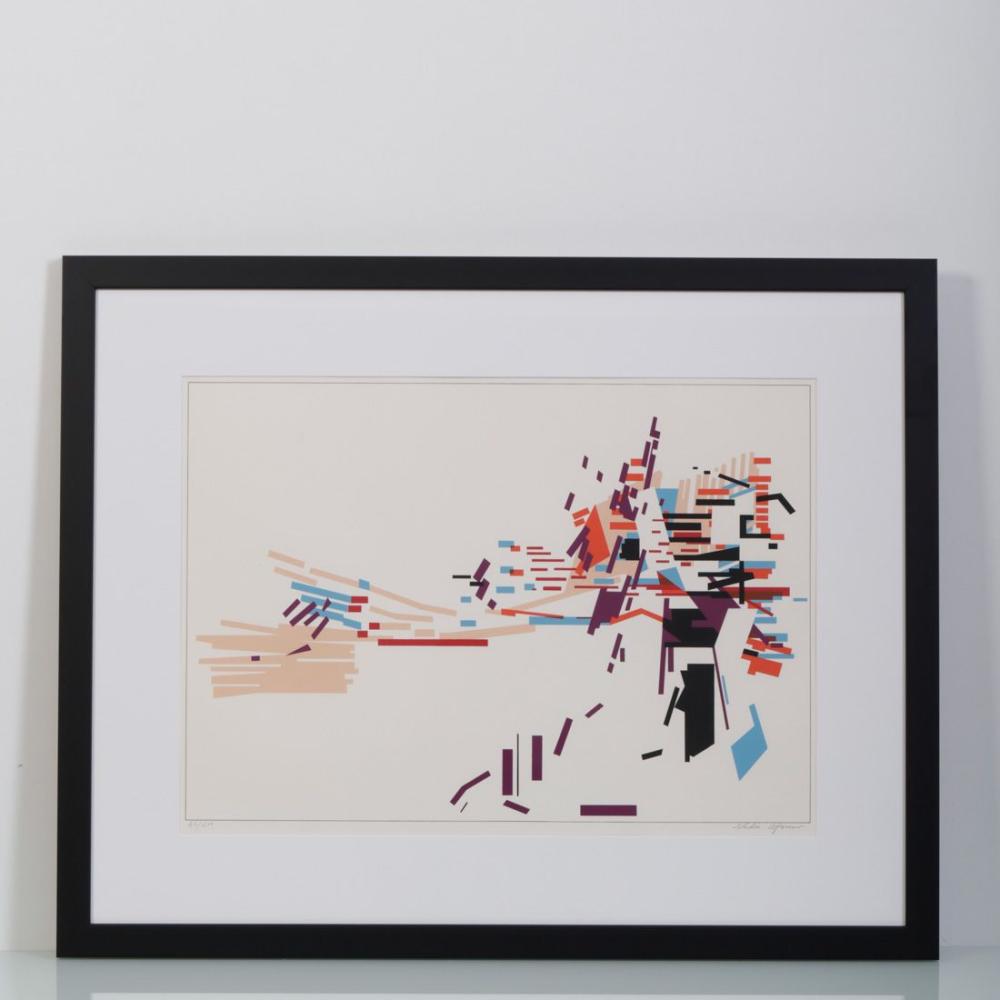 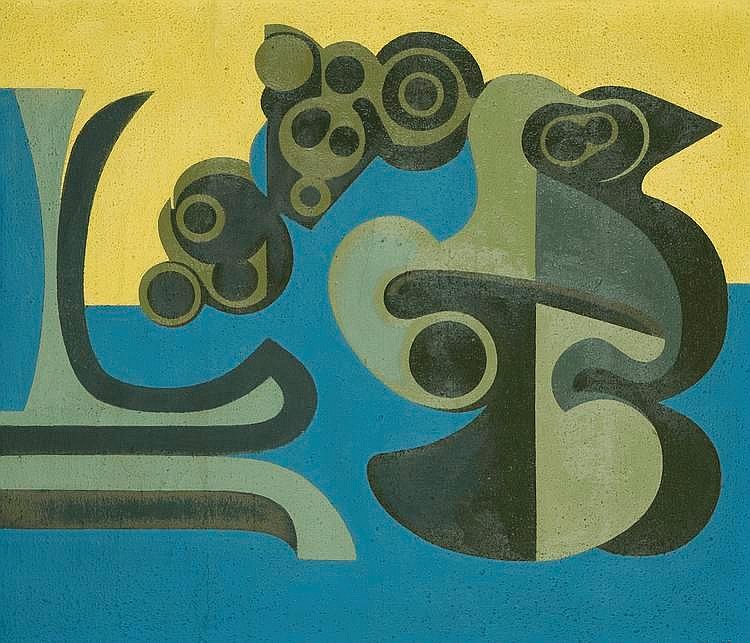 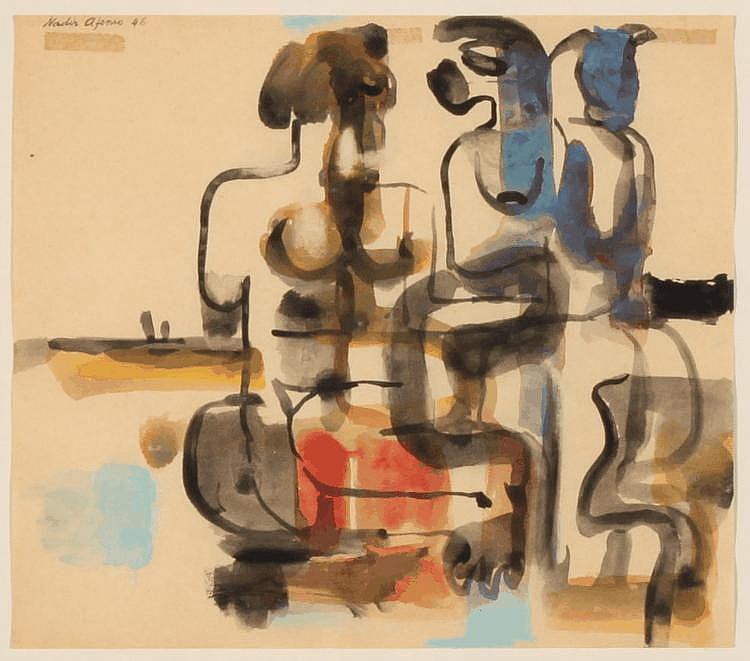 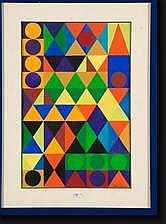 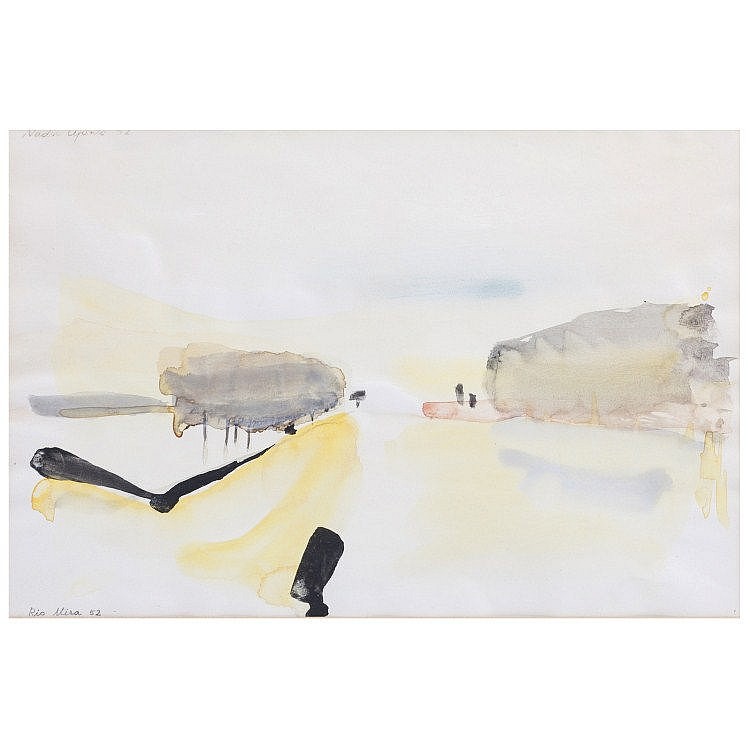 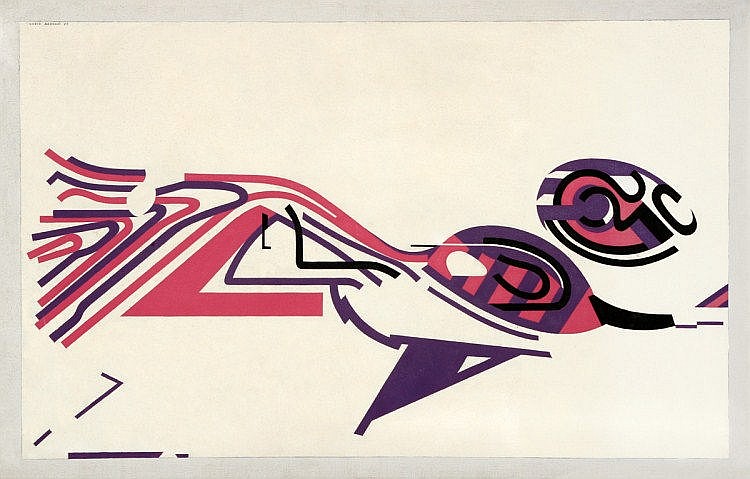 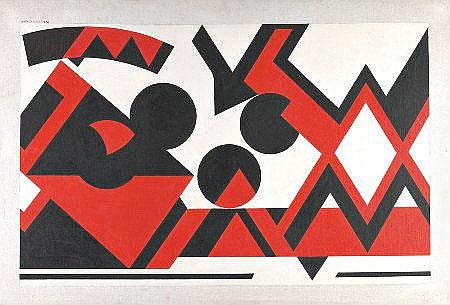 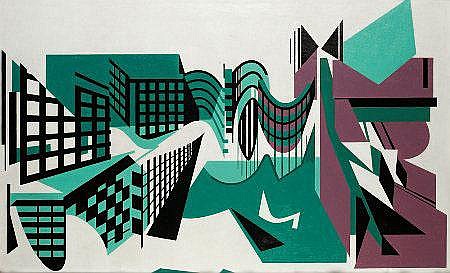 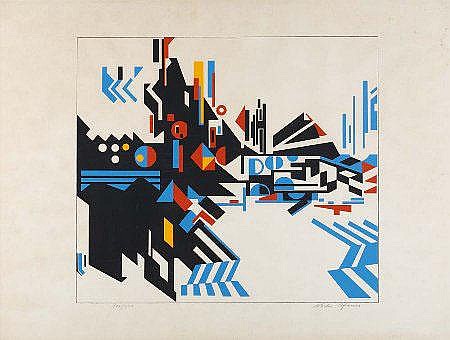 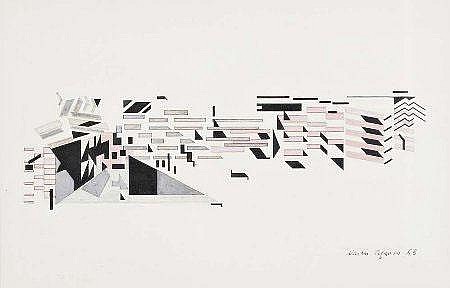