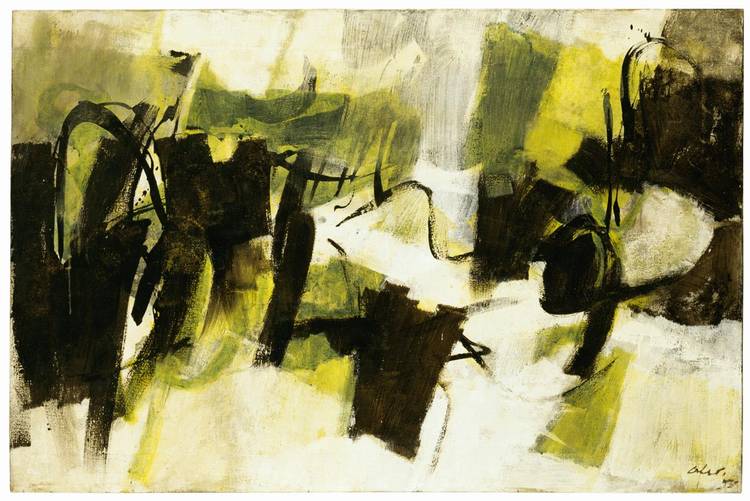 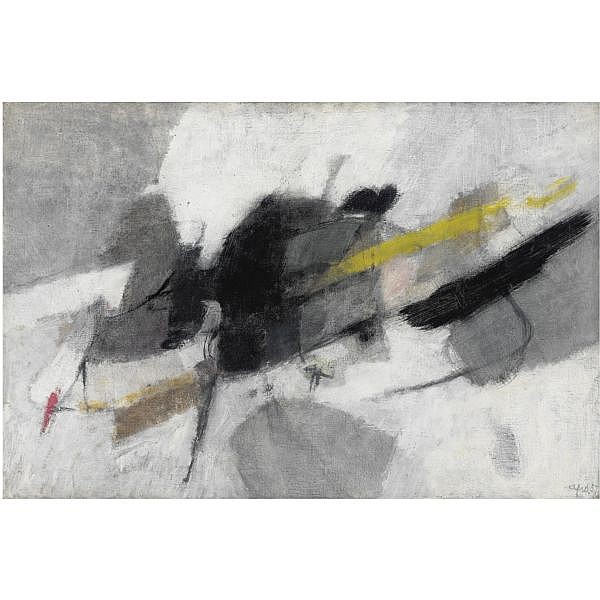 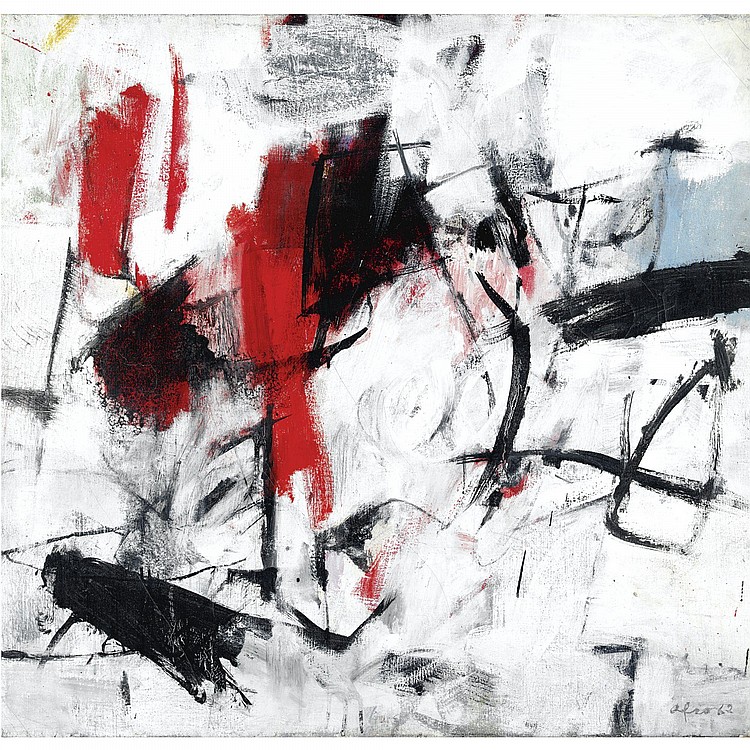 Afro Libio Basaldella (March 4, 1912 – July 24, 1976) was an Italian painter and educator in the post-World War II period. Working together with Alberto Burri and Lucio Fontana, and beginning as a member of the Scuola Romana. He was generally known by the single name, "Afro".

Born on March 4, 1912 in Udine, Italy.[1] Afro first showed his work when he was sixteen, alongside the paintings of his artist brothers, Dino and Mirko [it]. Two years later he and Dino won a scholarship to study art in Rome, under a stipend from the Marangoni Arts Foundation in Udine.

By 1933 he was exhibiting, along with fellow Friulians Bosisio, Pittino e Taiuti, at the Galleria del Milione in Milan. In 1935 he participated in the Rome Quadriennale art exhibition, and he showed his work several times at the Venice Biennale. Afro followed the School of Rome, creating murals. In 1936, he receives a commission to paint for the Udine opera house. In 1937, collaborating with Corrado Cagli, he works on large murals for the World

Afro's first personal exhibition was held in 1937 at the Galleria del Cometa in Rome. he traveled to the island of Rhodes to paint frescoes for the Hôtel des Roses. In 1941, he was awarded a lectureship for mosaic painting at the Venetian Academy of Fine Arts. By the late 1930s, Afro's painting began a migration from a crisp realist style to increasingly cubist, expressionistic, and abstract painting. After the war, his paintings, retain figurative titles, but reflect increasing neo-cubist patches, influenced by his exposure to Arshile Gorky in New York.

In 1950, he travelled to New York City, and began a twenty-year collaboration with the Catherine Viviano Gallery. Dore Ashton wrote about Afro in 1955 in Art Digest: “Like most Italians, Afro knows how to celebrate. The fanciful, ebullient side of his nature emerges in the high-keyed recent paintings—those in which he allowed himself the most freedom and spontaneity to date. In these, he celebrates the delights of senses”.[citation needed]

Afro was shown in an exhibition called The New Decade: 22 European Painters and Sculptors, which toured the United States. His work was included at documenta 1 in Kassel, Germany. Afro aligns with Moreni, Corpora, Morlotti, Birolli, Santomaso, Turcato and Vedova, previous members of the "Fronte nuovo delle Arti", together they form the "Gruppo degli Otto" (Group of Eight).

By the mid-1950s Afro's art was obtaining worldwide reputation, and he received the honor of Best Italian Artist at the 1956 Venice Biennale. In 1957, he was recruited to teach for eight months at Mills College in Oakland, California. While artist-in-residence at the school he made a mural for the UNESCO headquarters in Paris. It was titled The Garden of Hope and was included amongst works by Appel, Arp, Calder, Matta, Miró, Picasso and Tamayo at UNESCO.

Afro continued to show his work internationally. He was invited to the second documenta, and held exhibitions at MIT and numerous European museums. He won first prize at the Carnegie Triennial in Pittsburgh and the Italian prize at the Solomon R. Guggenheim Museum in New York. The Guggenheim bought his 1957 painting Night Flight. In 1961, Guggenheim curator James Johnson Sweeney published a monograph on his work, where he wrote: “His color is sensuous, warm—never cold; fluid, not structural; free-edged, never sharply contoured. Light and color, shadow and shape achieve a suggested space effect through their ordering and flood it with the glories of his great predecessors: this festive spirit, this celebration of light and life—of life through light”.[citation needed]

In 1968, he is appointed professor at the Accademia di Belle Arti in Florence, he has to leave the post in 1971 for health reasons. Afro died in 1976 in Zürich. The following year, a monograph by Cesare Brandi was published. In 1978 the Galleria Nazionale d'Arte Moderna in Rome paid him homage in the form of a major retrospective. In 1992 a complete exhibition was held in Milan at Palazzo Reale. The Catalogue Raisonné of Afro was presented in November 1997 at the American Academy in Rome, and in 1998 at the Guggenheim Foundation in Venice.

View All Afro for Sale at Auction Now 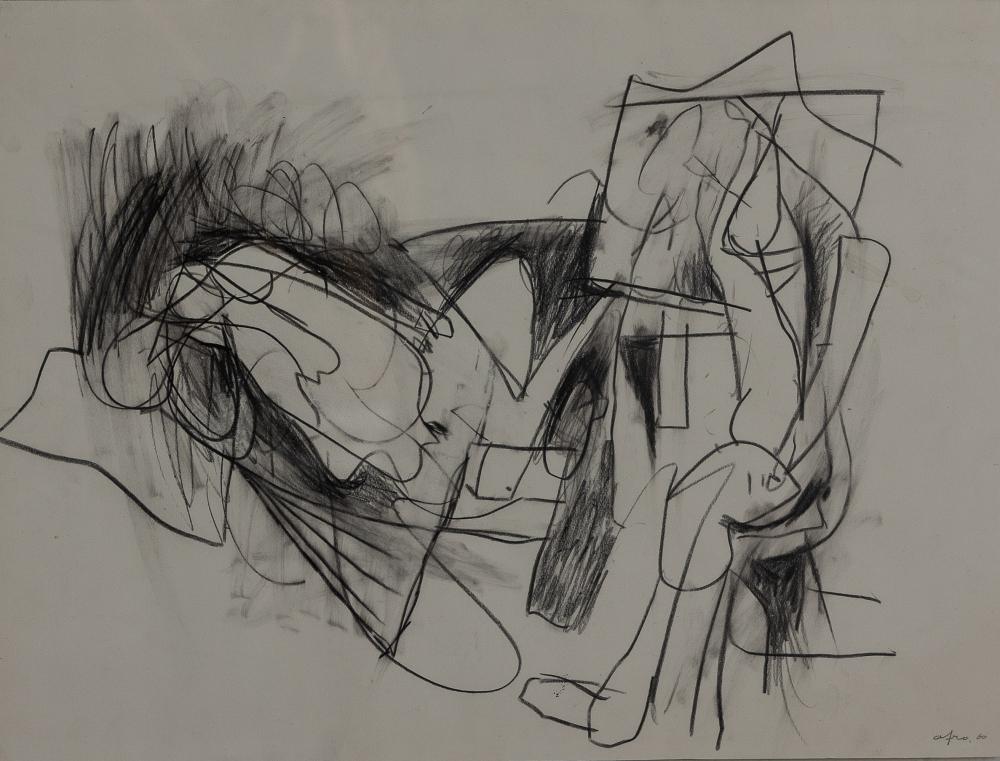 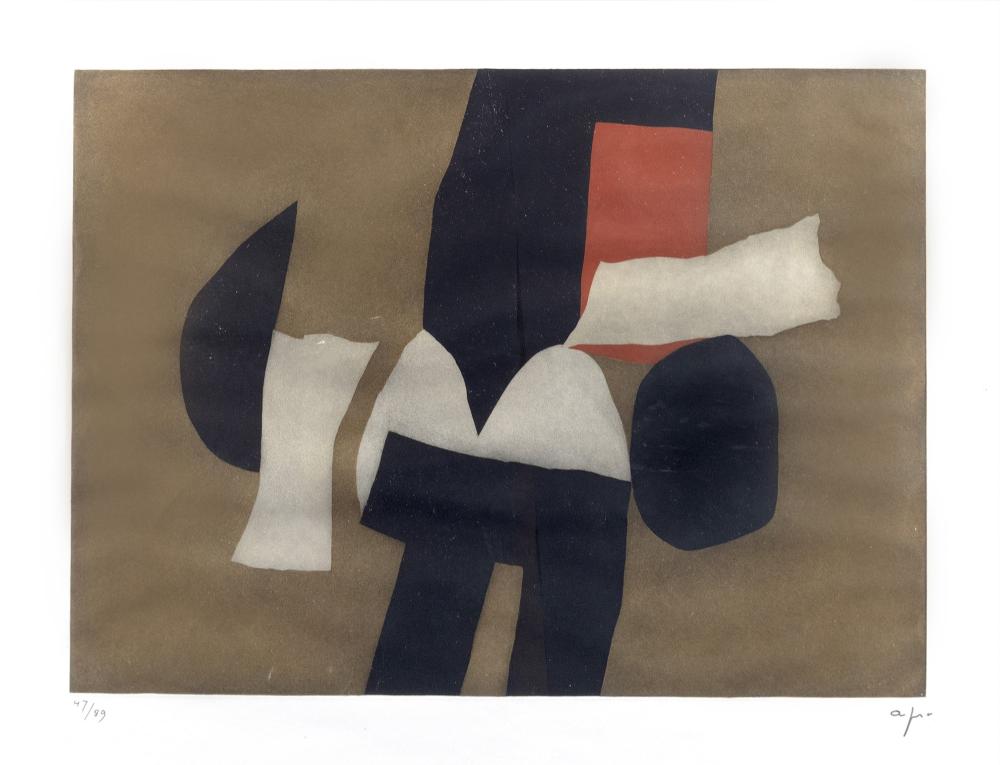 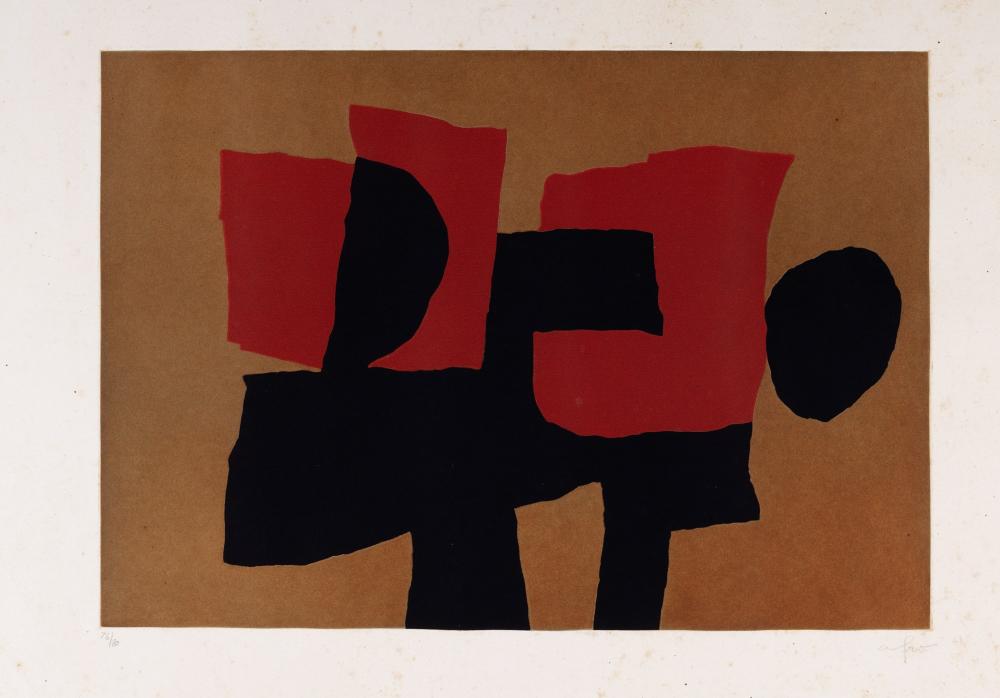 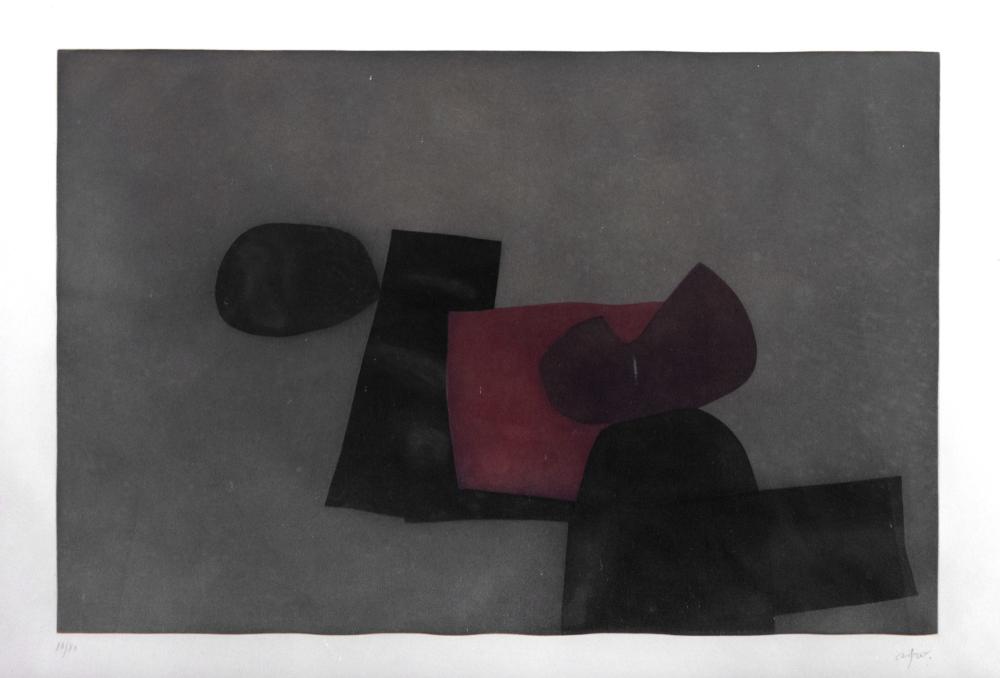 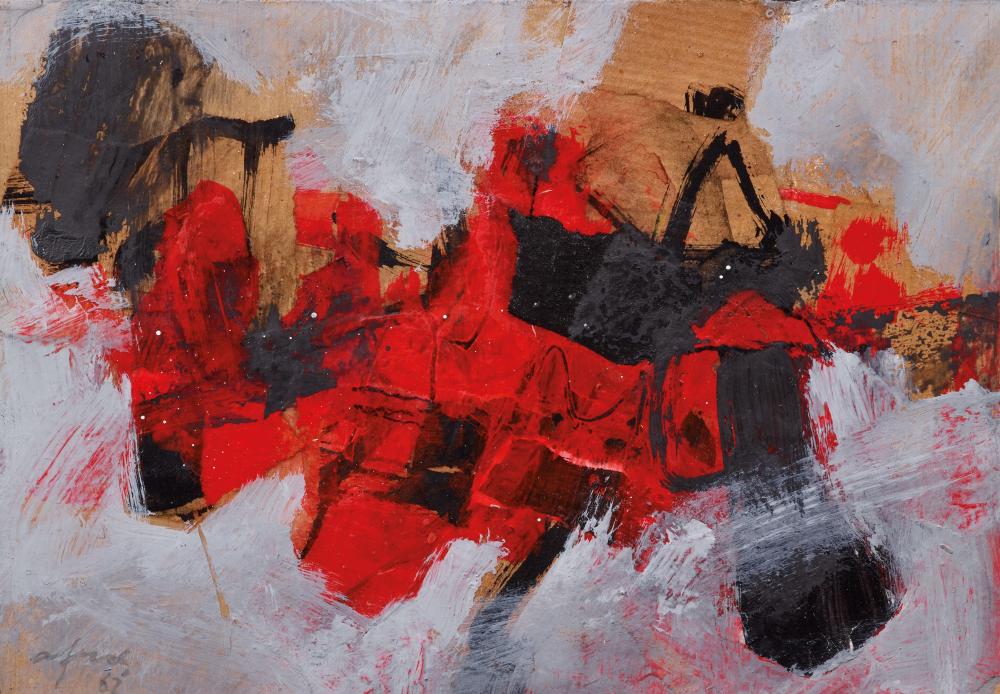 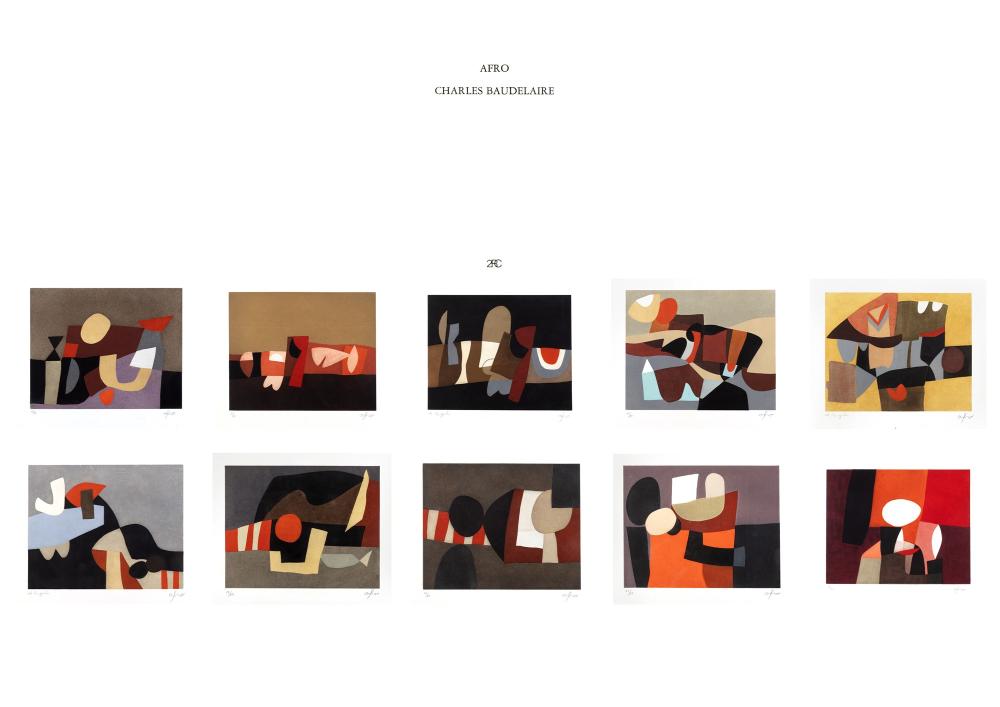 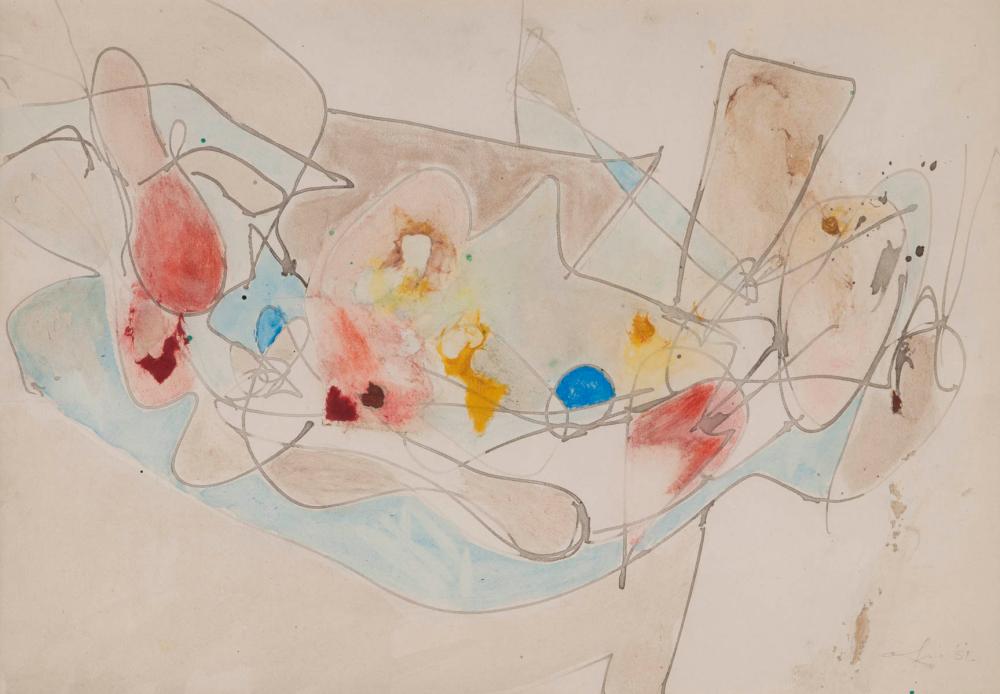 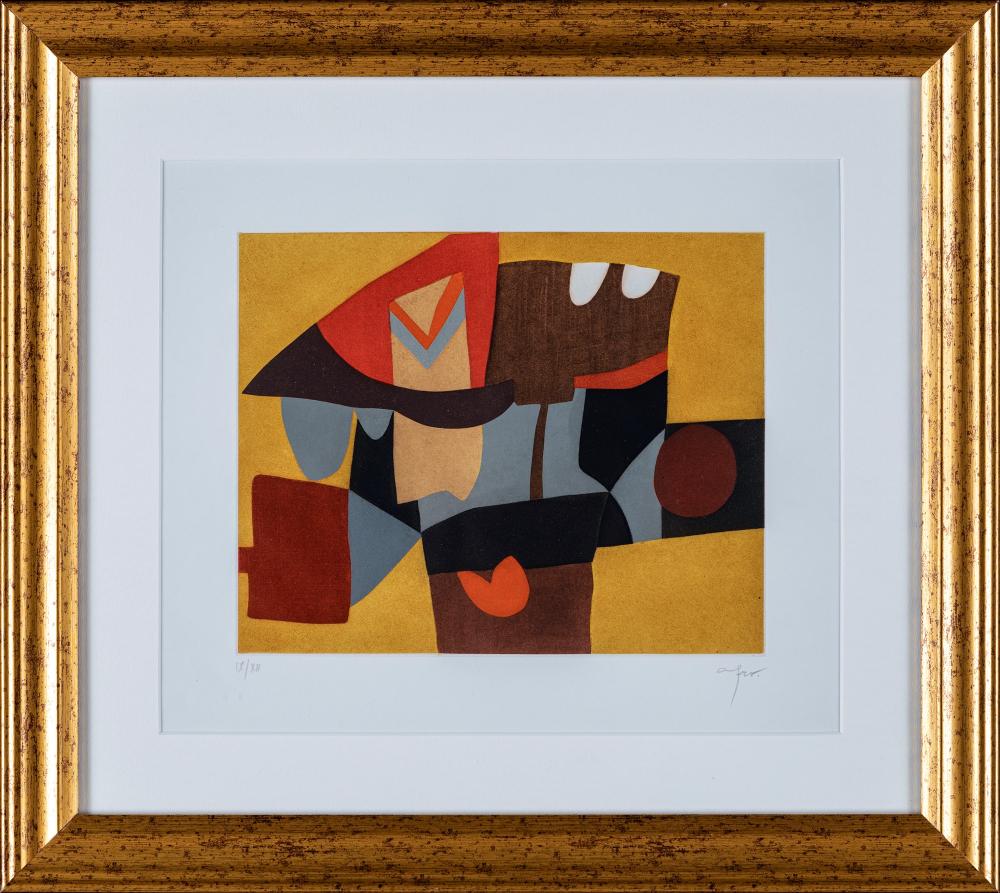 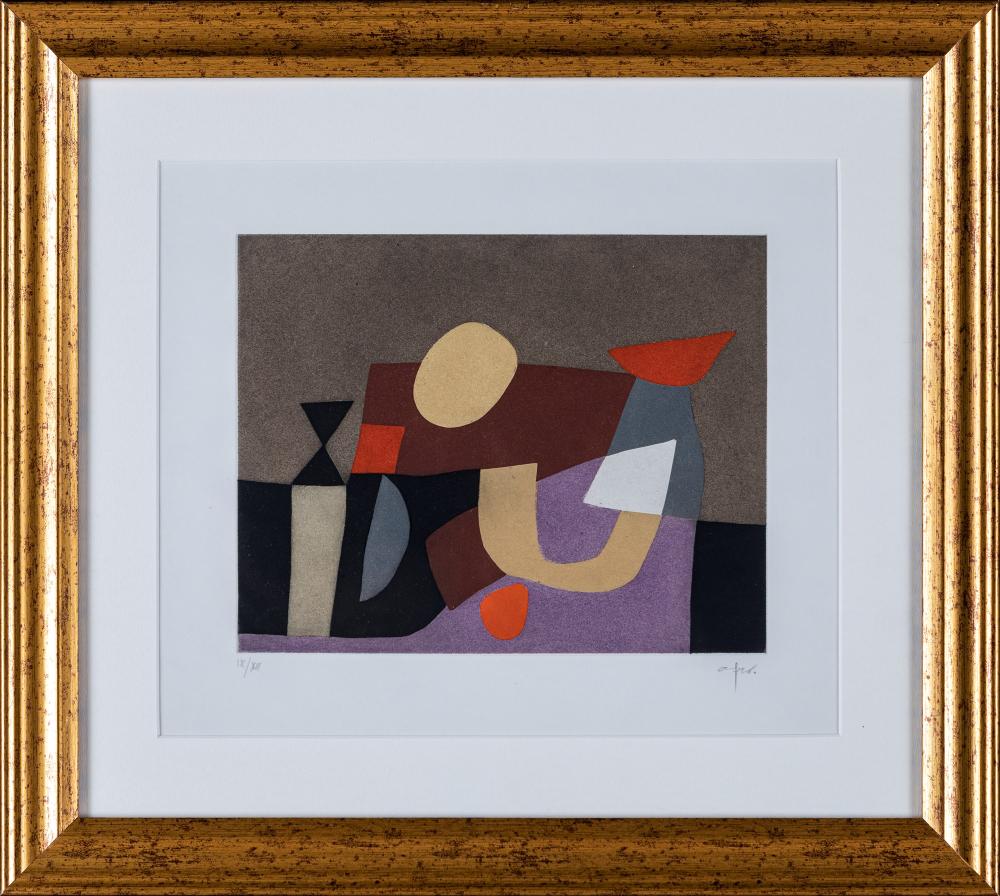 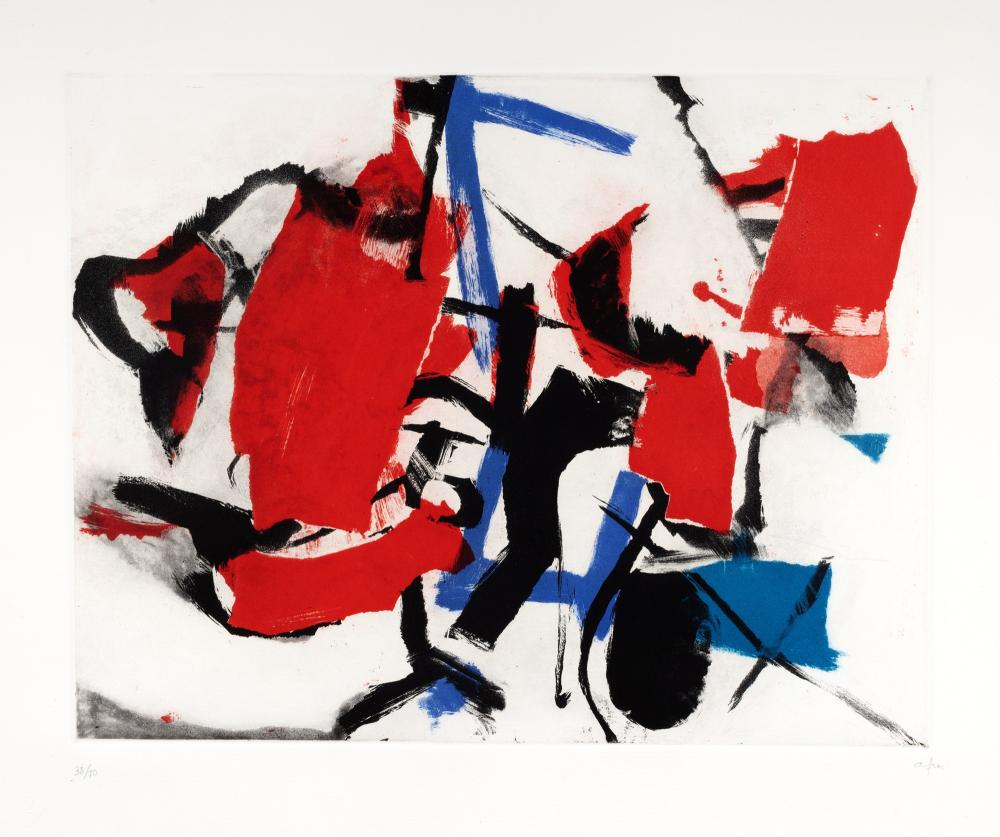 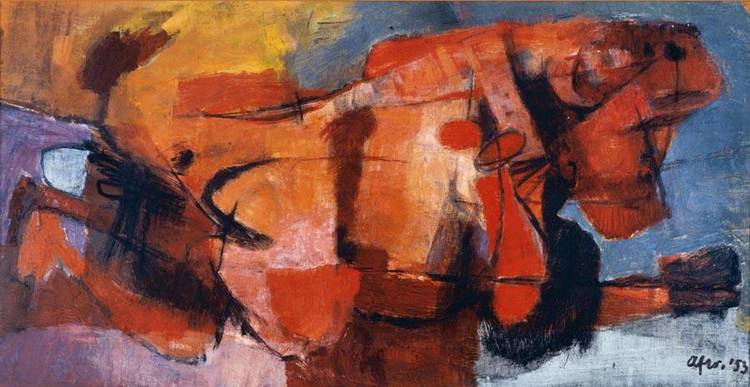 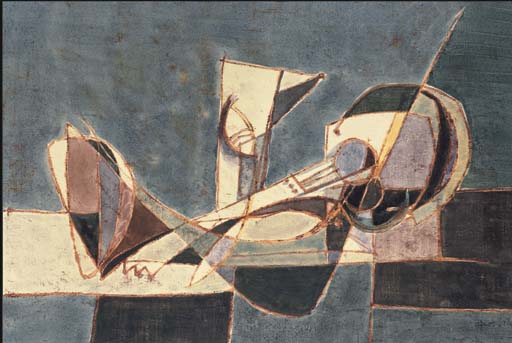 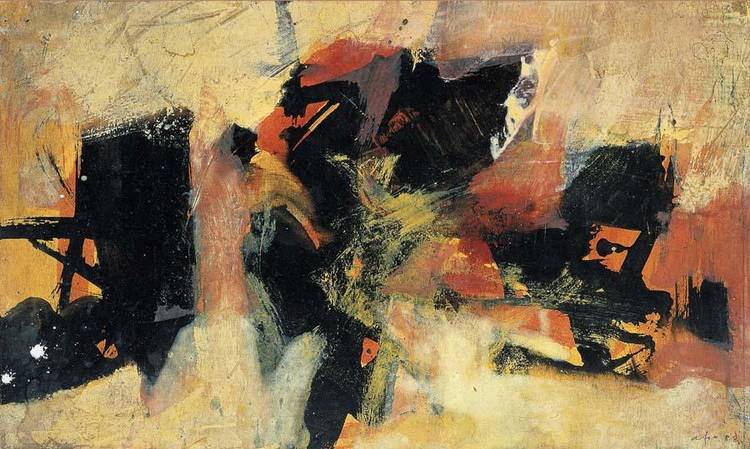 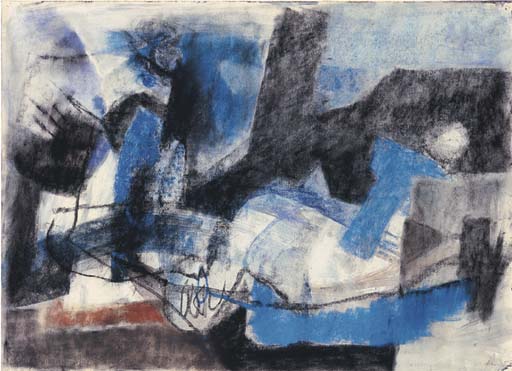 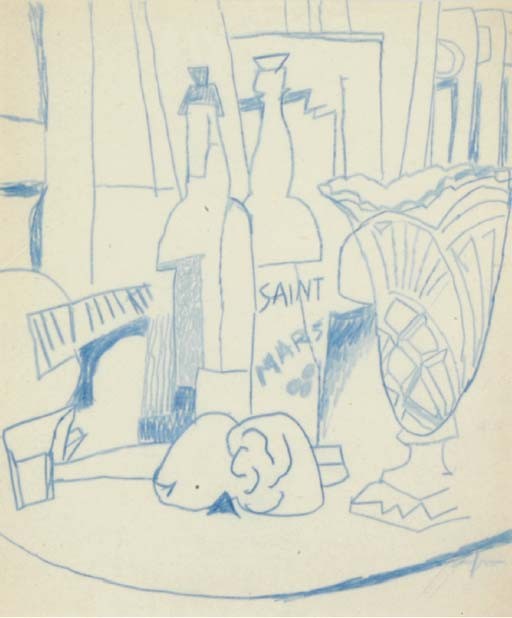 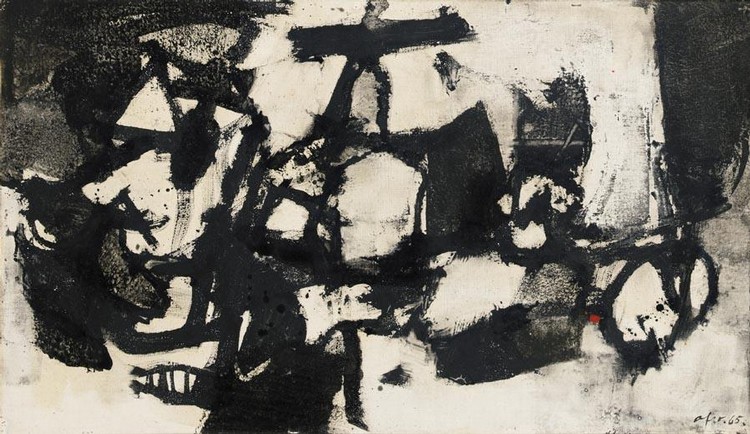 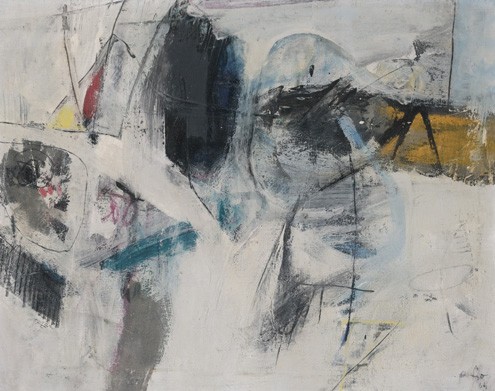 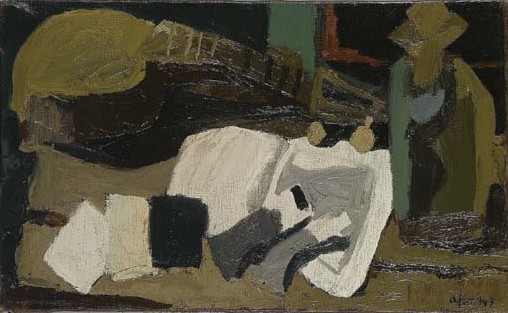 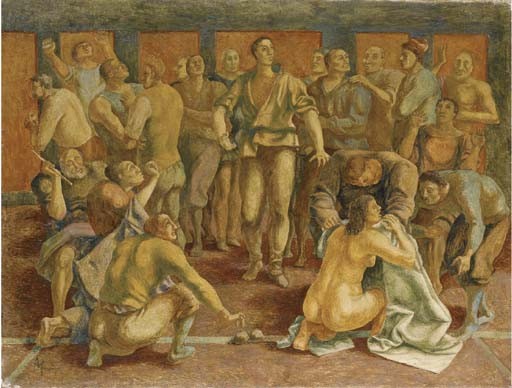