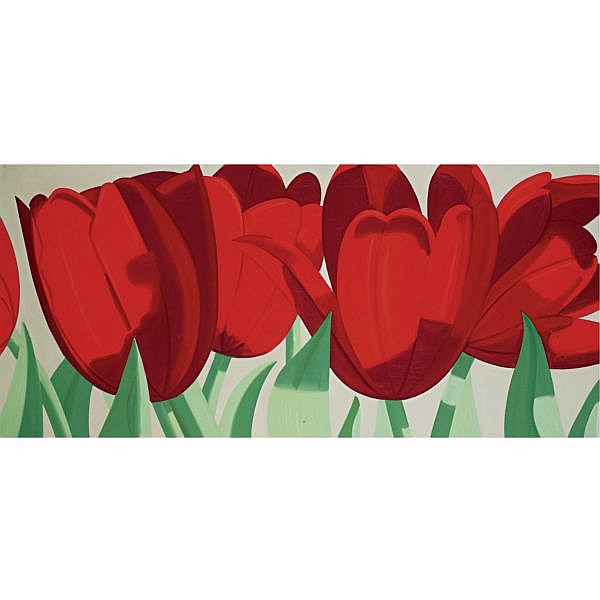 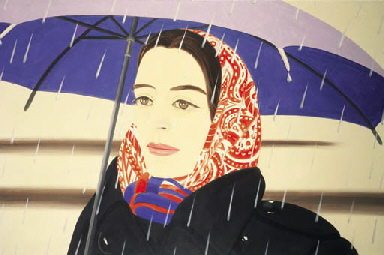 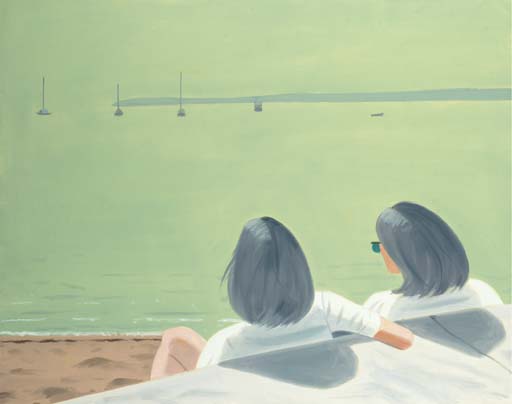 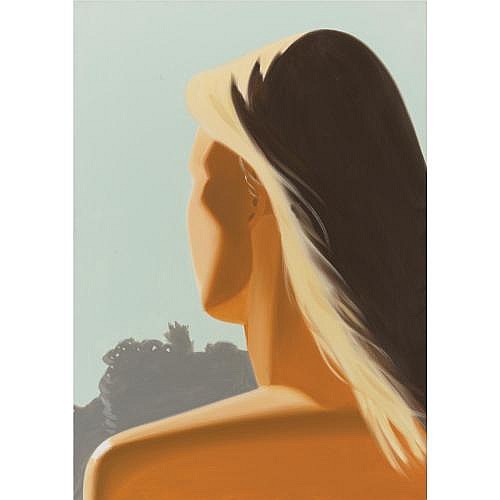 Alex Katz (born July 24, 1927), is an American figurative artist known for his paintings, sculptures, and prints.

From 1946 to 1949 Katz studied at The Cooper Union in New York, and from 1949 to 1950 he studied at the Skowhegan School of Painting and Sculpture in Skowhegan, Maine. Skowhegan exposed him to painting from life, which would prove pivotal in his development as a painter and remains a staple of his practices today. Katz explains that Skowhegan's plein air painting gave him "a reason to devote my life to painting."[4] Every year from early June to mid-September, Katz moves from his SoHo loft to a 19th-century clapboard farmhouse in Lincolnville, Maine.[5] A summer resident of Lincolnville since 1954, he has developed a close relationship with local Colby College.[citation needed] From 1954 to 1960, he made a number of small collages of still lifes, Maine landscapes, and small figures.[6] He met Ada Del Moro, who had studied biology at New York University, at a gallery opening in 1957.[2] In 1960, Katz had his first (and only) son, Vincent Katz. Vincent Katz had two sons, Isaac and Oliver, who have been the subjects of Katz's paintings.

Katz has admitted to destroying a thousand paintings during his first ten years as a painter in order to find his style. Since the 1950s, he worked to create art more freely in the sense that he tried to paint "faster than [he] can think."[7] His works seem simple, but according to Katz they are more reductive, which is fitting to his personality.[8] "(The) one thing I don't want to do is things already done. As for particular subject matter, I don't like narratives, basically."

View All Alex Katz for Sale at Auction Now 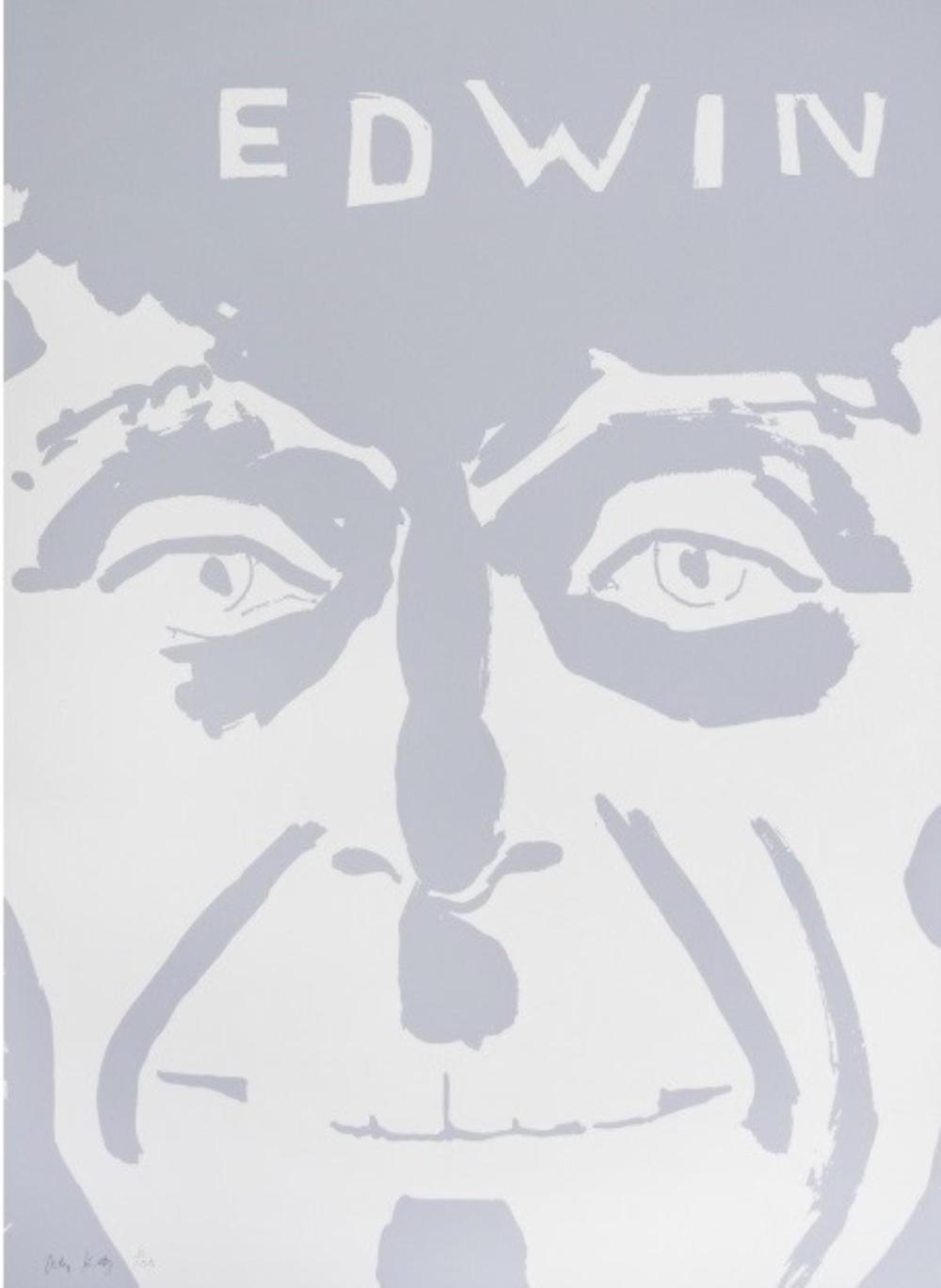 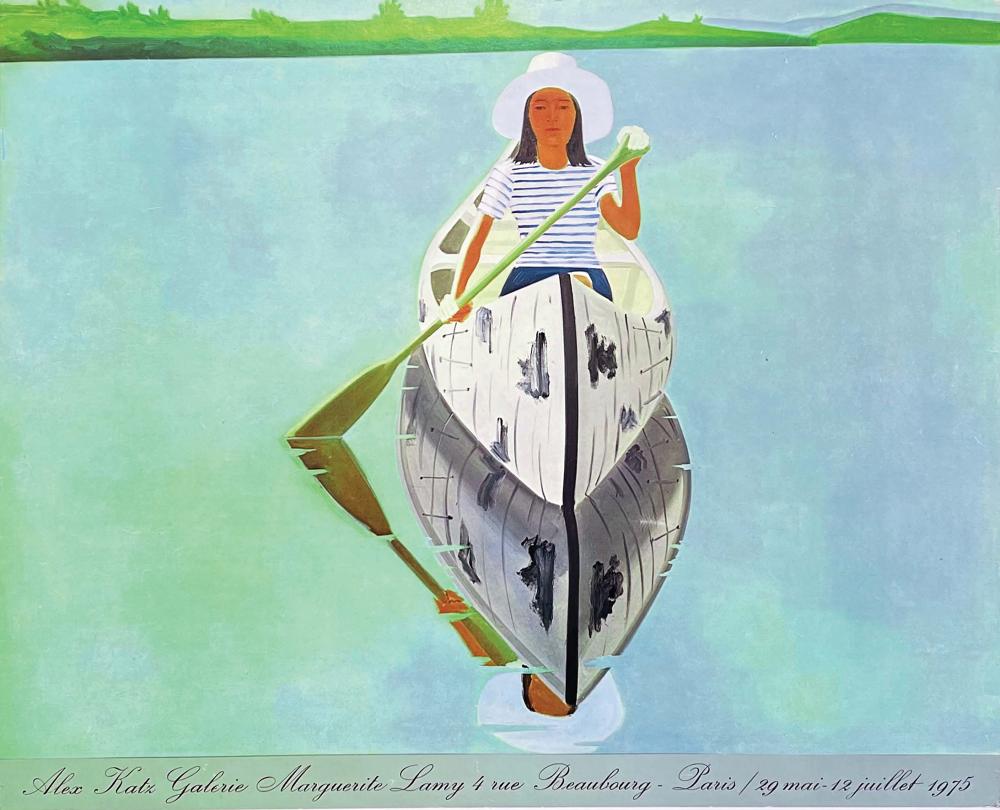 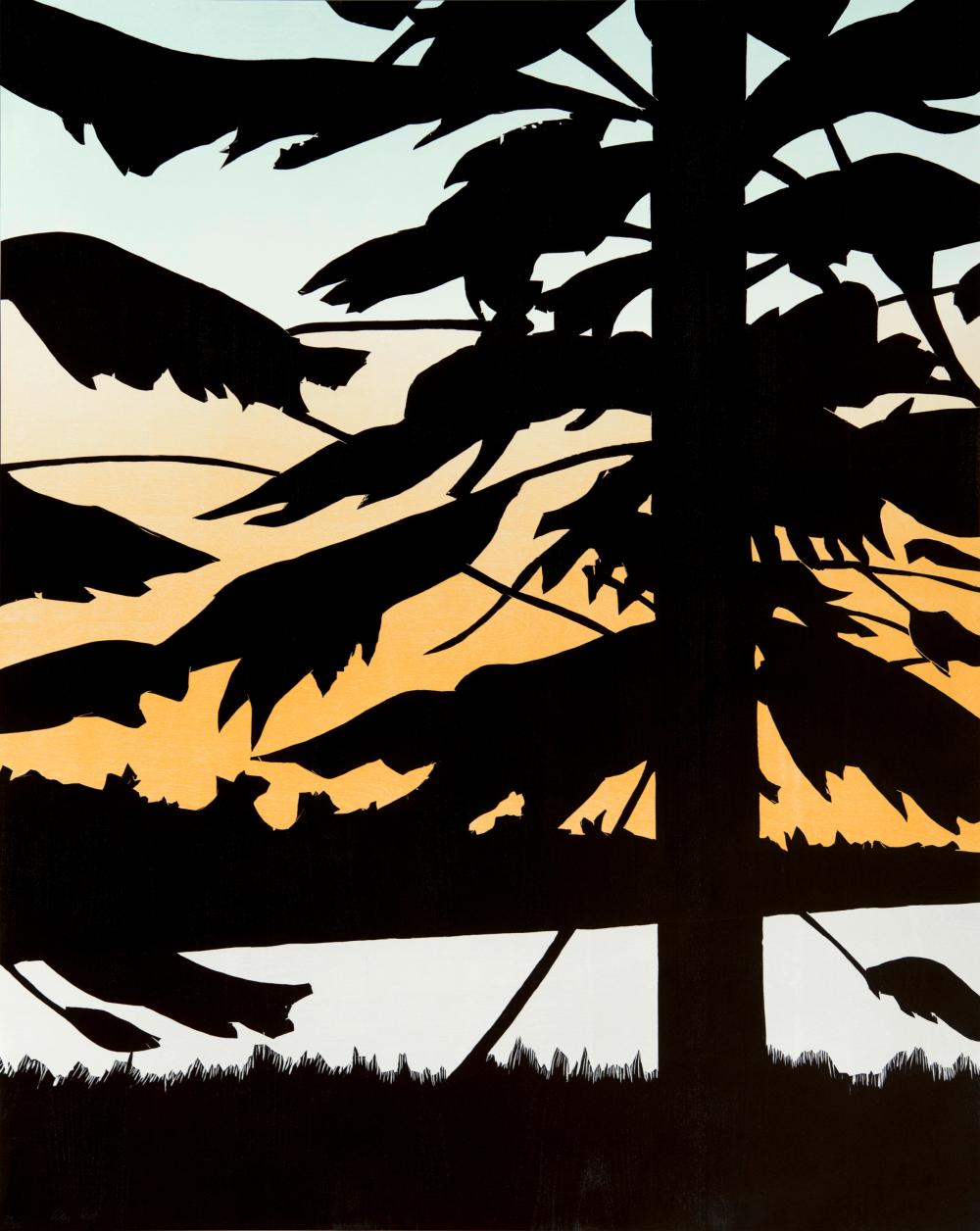 Shmuel Katz- Original Serigraph "On the Shore of the Kineret " 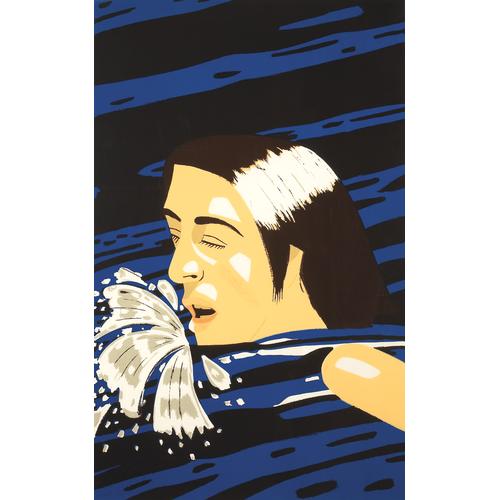 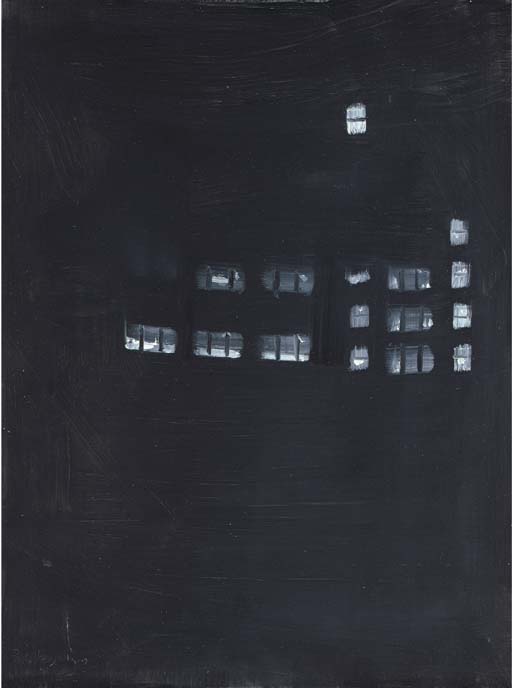 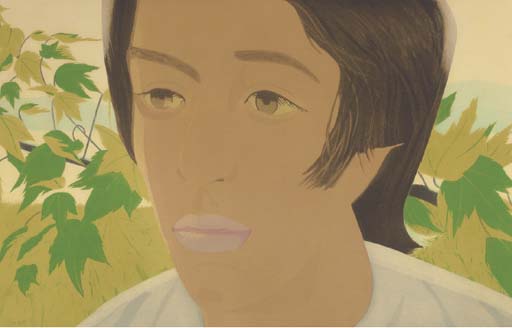 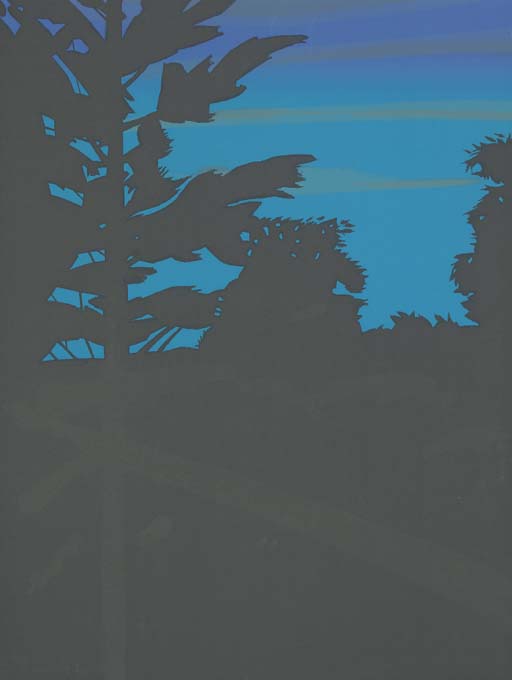 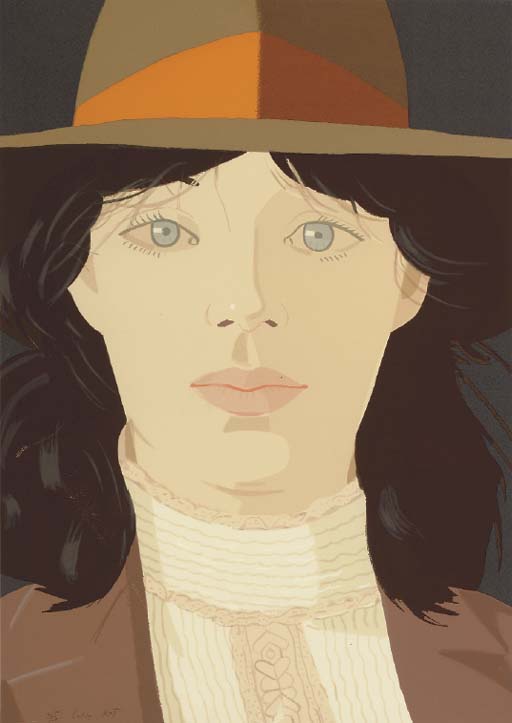 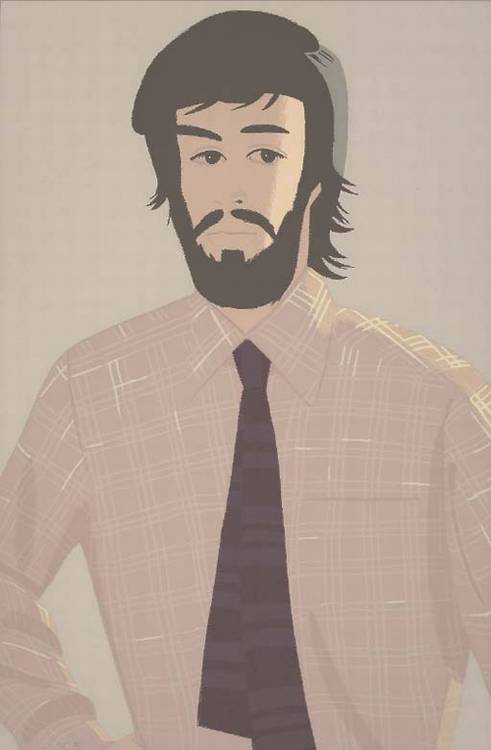 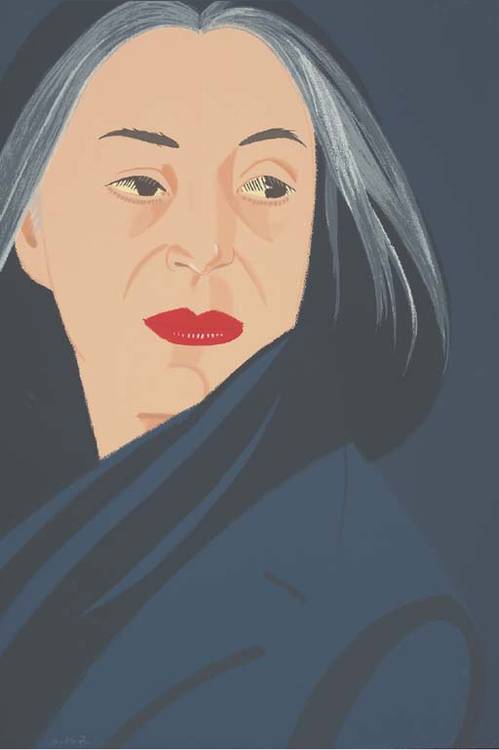 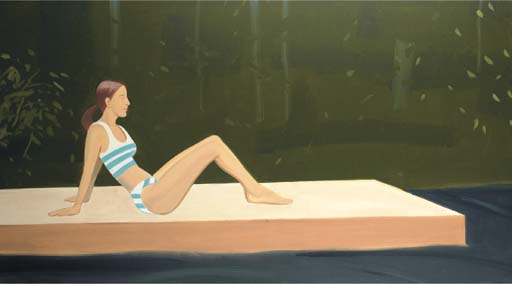 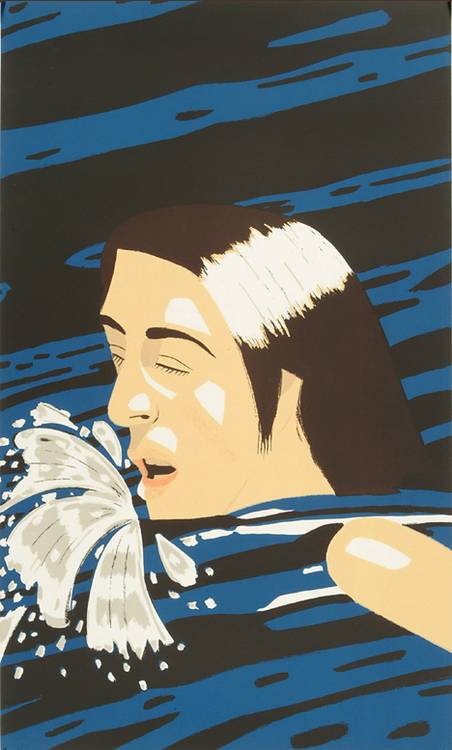