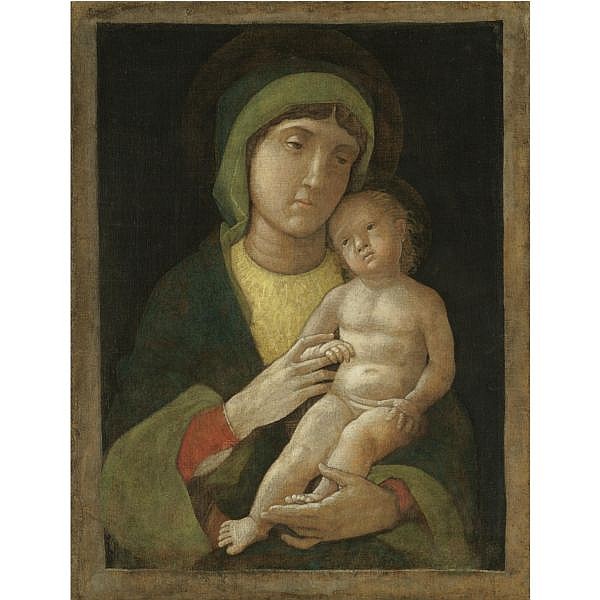 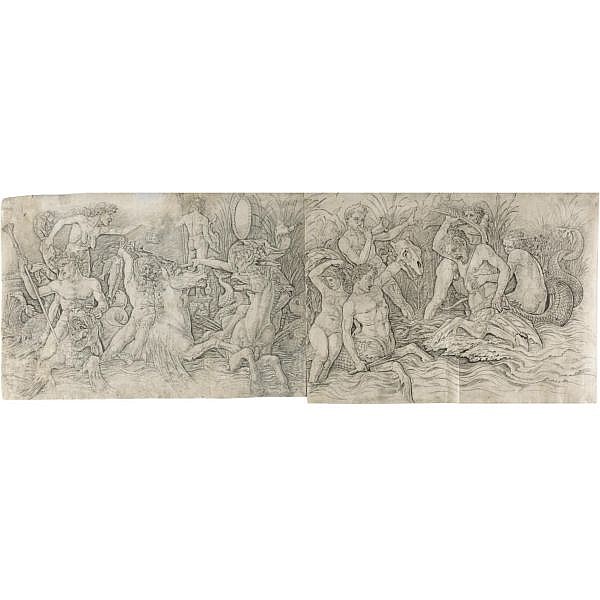 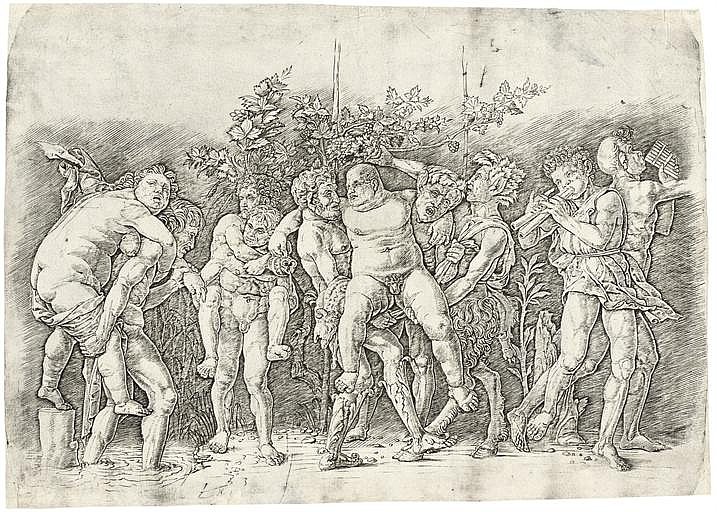 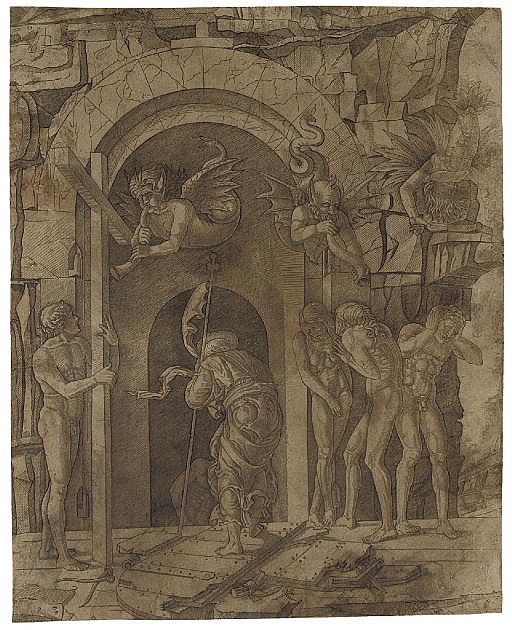 Descent into Limbo (Martineau 68; not in Bartsch)

(b 1431, Isola di Cartura; d 1506, Mantova) Italian Renaissance painter, copperplate engraver. The minor Paduan painter Francesco Squarcione trained Andrea Mantegna, but it was Donatello and Florentine art that greatly influenced his career. A member of the painter’s guild from the age of ten, he officially established himself around 1448 with the commission of an altarpiece for the church of Santa Sofia. Other early works include the completion of several frescoes begun by others in the Ovetari chapel of the Church of the Eremitani and the triptych altarpiece, “Madonna Enthroned” (1459, S. Zeno, Verona). In 1453 Mantegna was married to Nicholasia Bellini, associating himself with the dominant painter family of Venice. Within the next decade he reached his artistic maturity, which had expanded but never departed from the style he had developed in the 1450s. In 1459 Mantegna was appointed court artist to the Gonzaga family, rulers to the Northern Italian city of Mantua. One of his most successful frescoes is located in the “Camera degli Sposi”, Palazzo Ducale; illusionistic perspective and realistic narrative scenes depicting the members of the court and the Gonzaga family transformed the flat walls. The architectural illusions move up the wall and onto the ceiling, which appears to be open to the sky above with putti gazing down. The intense detail of this small room occupied the artist from 1465 to 1474. Mantegna’s financial situation began to worsen after the death of Ludovico Gonzaga in 1478 and with the accession of his son Federico. After his death a few years later, Francesco II, his successor, reestablished the patronage with Mantegna, improving his financial conditions. The series of nine paintings depicting a Roman triumphal procession “Triumph of Caesar” reflects the classical tastes of his new patron. At the request of Pope Innocent VIII Mantegna painted a several frescoes for his private chapel in the Belvedere Palace in Rome; he returned after two years to Mantua in 1490. Until his death in 1506, Mantegna was able to complete several other paintings for Francesco II, including “Madonna of the Victory (1496) to commemorate a battle victory, “Parnassus” (1497) to celebrate his marriage to Isabella d’Este and “Wisdom Overcoming the Vices” (1502) to demonstrate the fine taste and intellect of his patron.
Mantegna’s style was innovative and its influence can be seen in later movements. Illusionistic ceiling painting, exemplified in the “Camera degli Sposi”, became an important element of Baroque and Rococo art. The technique of foreshortening viewed in his “Dead Christ” (c. 1490 Pinacoteca di Brera, Milan), was a precursor to the 16th century Mannerism style. He influenced such artists as, Correggio, Rafael and Albrecht Dürer. 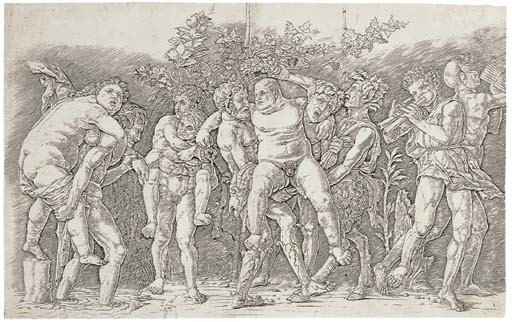 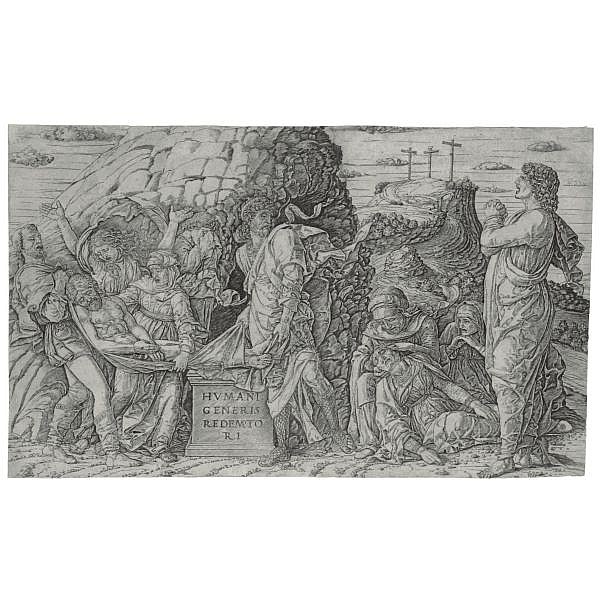 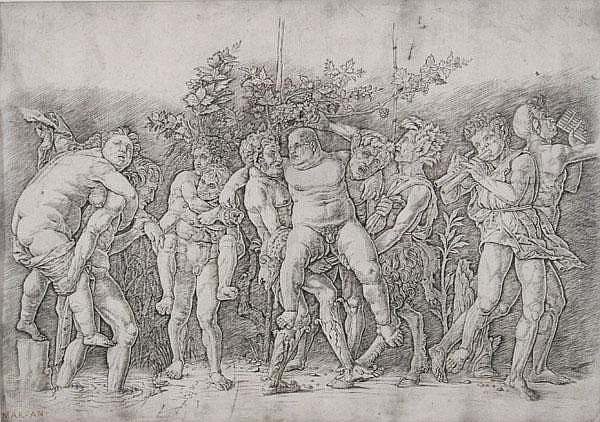 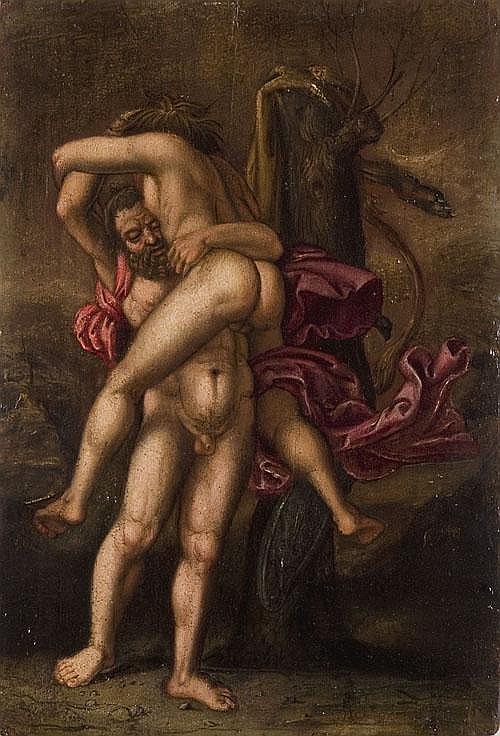 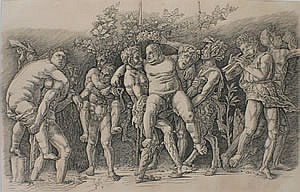 Descent into Limbo (Martineau 68; not in Bartsch) 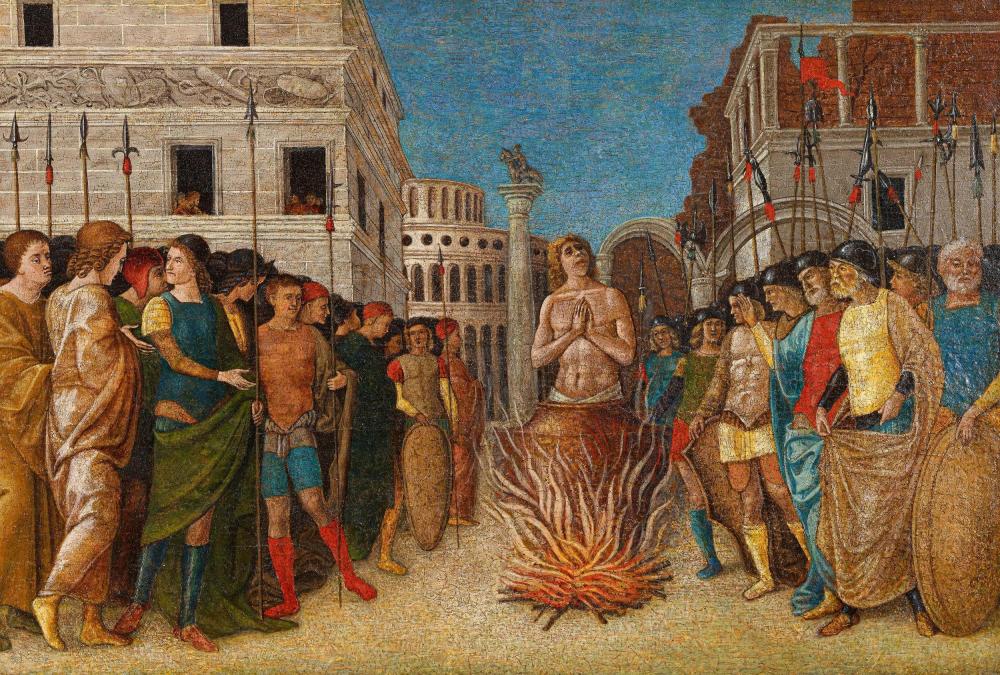 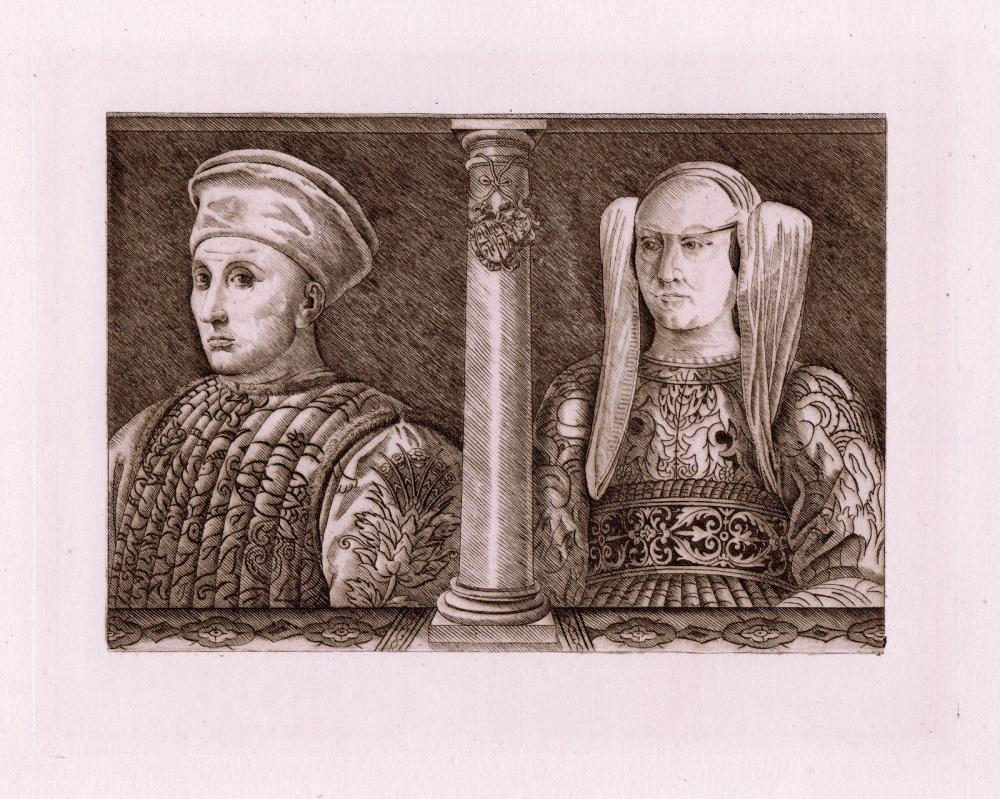