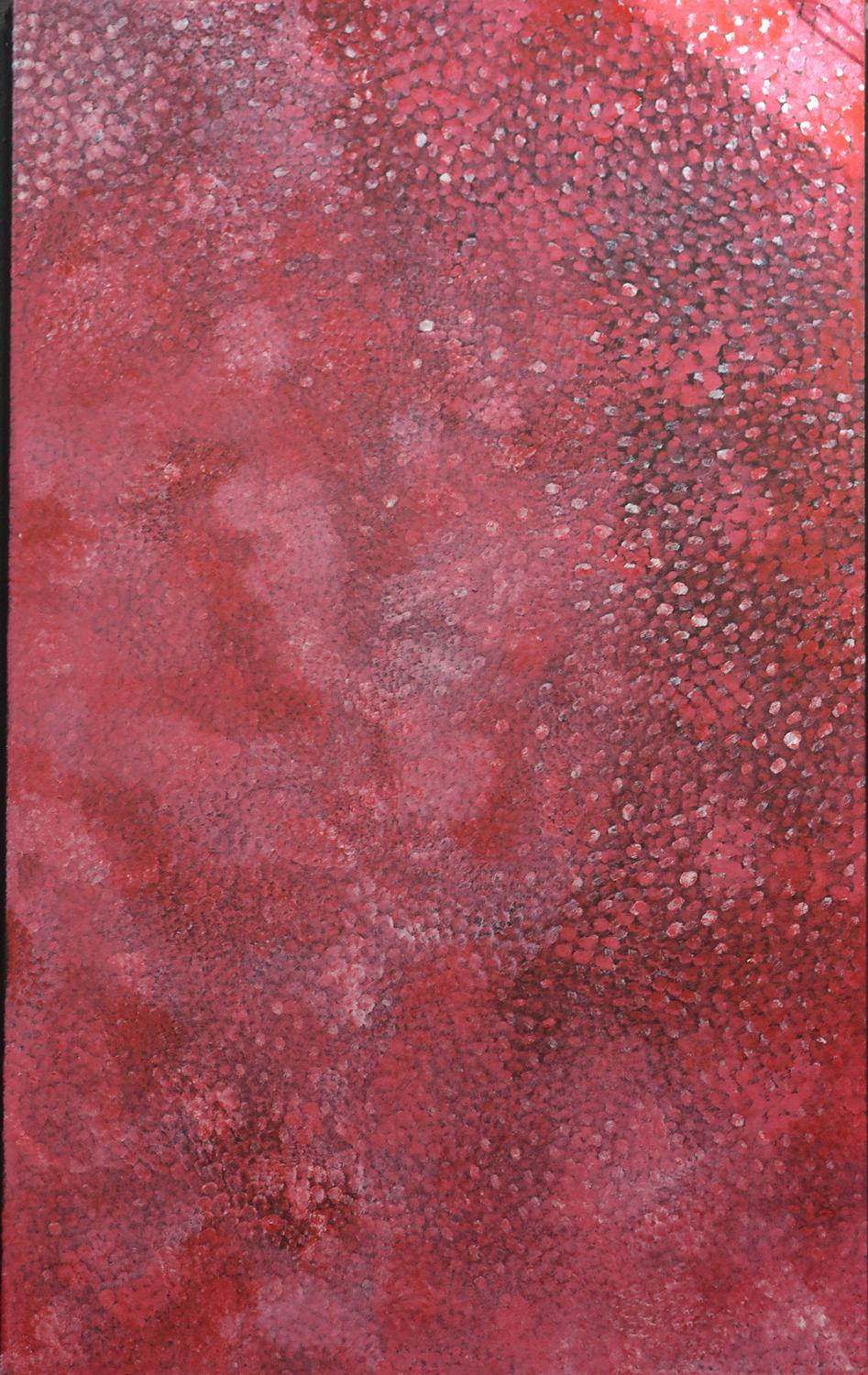 Angeline, also known as Angelina, was born on July 1, 1947 to the Eastern Anmatyarre tribe. She was married to a wonderful man called Louie Pwerle, who was a great artist in his own right, the elder brother of Cowboy Louie Pwerle. Louie passed away in 1999.

Angeline Ngale (Kngale) started creating batiks on cotton fabric in 1977 under the instruction of Yipati, a Pitjantjatjara artist from Ernabella and Suzie Bryce, a craft instructor.
Because of her marriage, some city galleries assumed that Angeline was Mrs Pwerle and sold many of her paintings as under that name, Angelina Pwerle. In Central Australia, tribal Aboriginal women keep their own skin name, which they are born with and this certainly does not change when they get married. So she should not be referred to as Pwerle Ngale or Ngale Pwerle. For many years, Angeline painted as Angeline Kngale, but some galleries began to call her Angelina and linguists changed the spelling of her skin name to Ngale. In normal conversation her sisters refer to her as Angeline with an emphasis on the g, only very occasionally when they call to her from a distance, do they yell "Angelina”, emphasising the a. Hence, both variations are legitimate and in common usage.

Angeline and her sisters took part in several exhibitions of the batiks including a tour of Ireland and Harvard University, USA. Angeline was applauded after being shown at the SH Ervin Gallery in Sydney. She was then part of the Gabrielle Pizzi exhibition, which opened in Melbourne on 31 October 1989. These were her first works on linen and were very well received.

Angelina Pwerle lives and works in Ngkawenyerre, Utopia, Northern Territory. Angelina's work is predominantly concerned with representations of the bush plum dreaming. This subject matter has been given varied forms of expression, but is most often characterised by intense areas of fine dotting using a clear and refined colour palette.
Her work has been collected by many significant public and private collections including the Holmes à Court Collection, the National Gallery of Australia, National Gallery of Victoria, Art Gallery of South Australia and the National Museum of Art, Osaka, Japan. 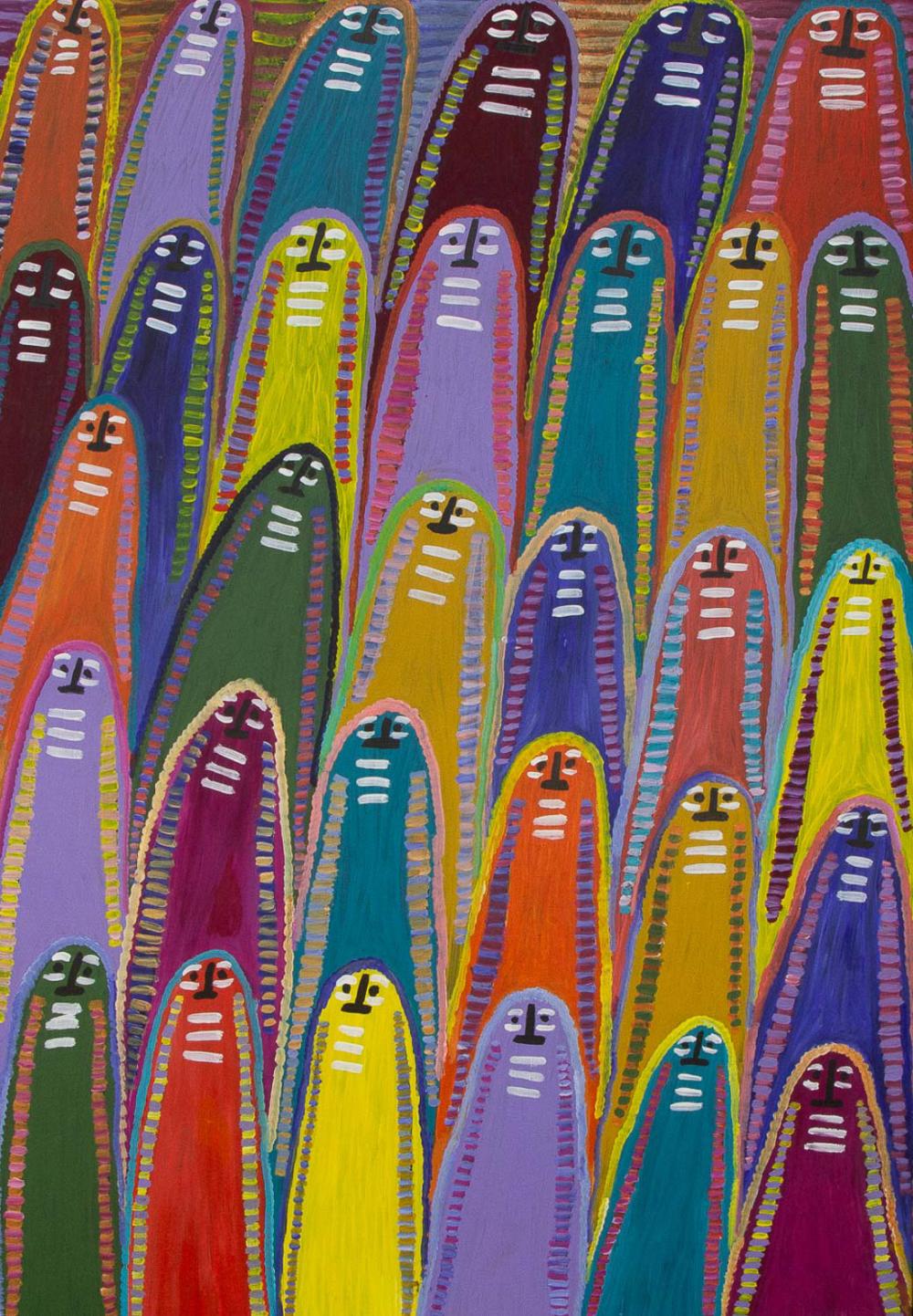 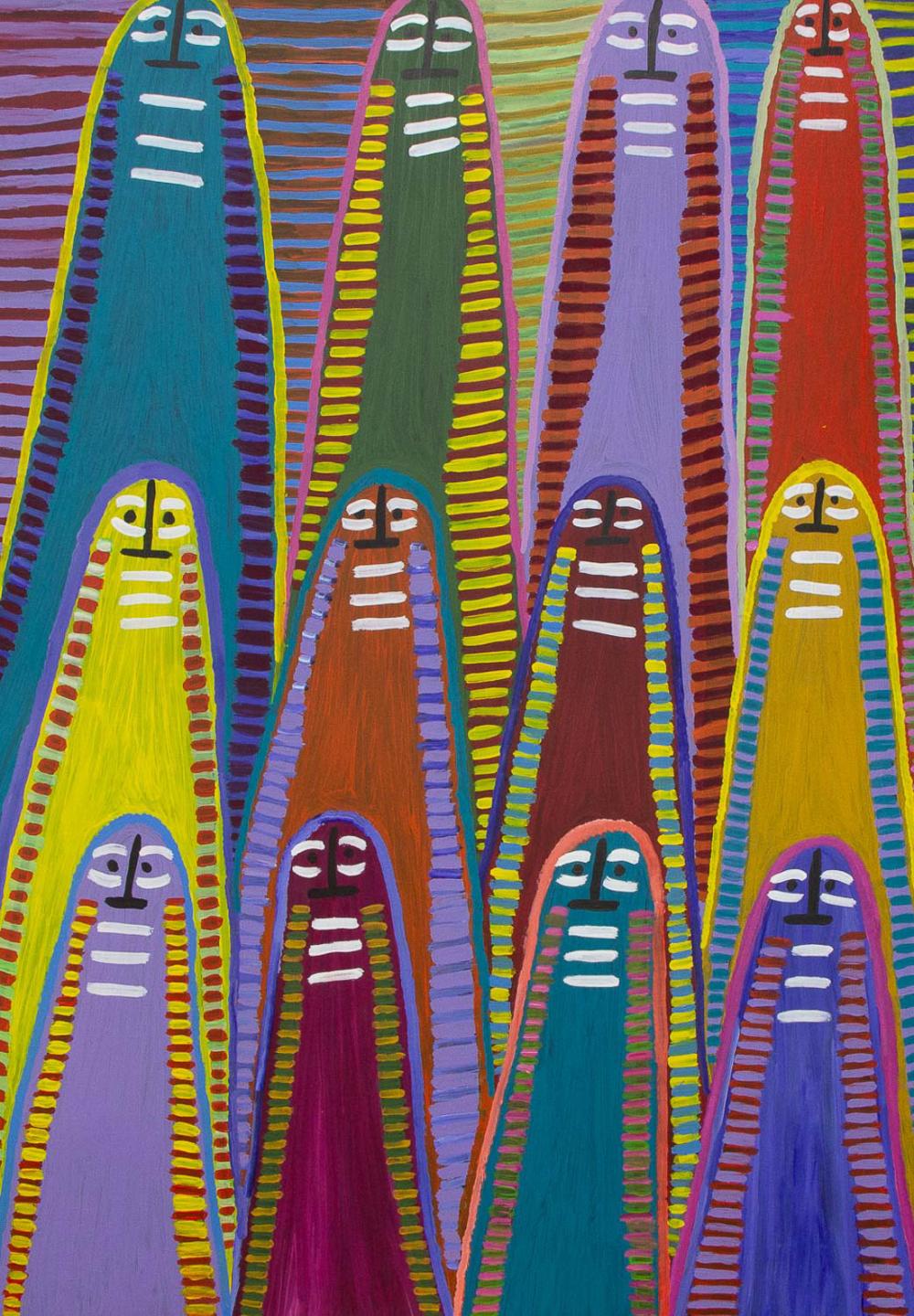 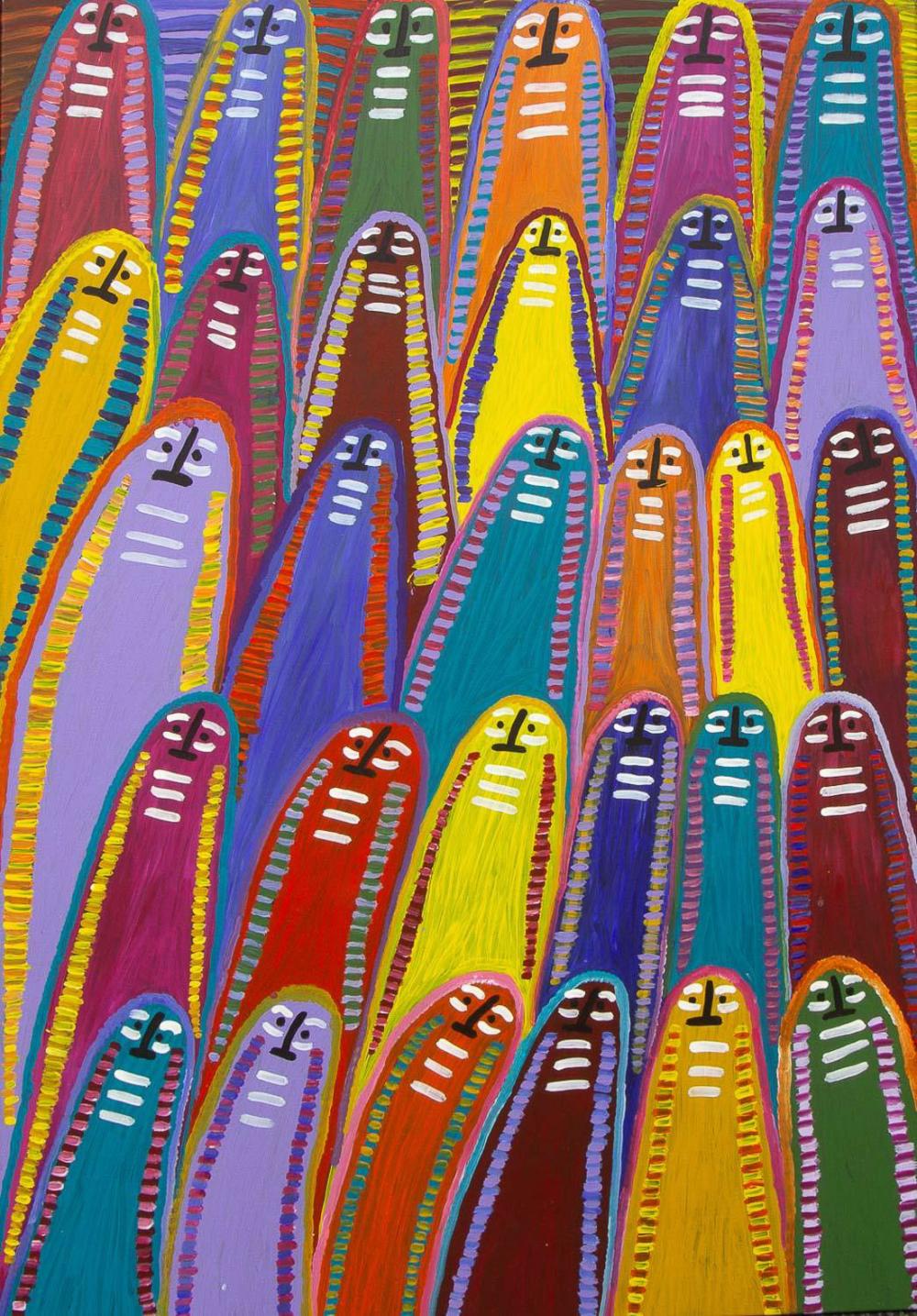 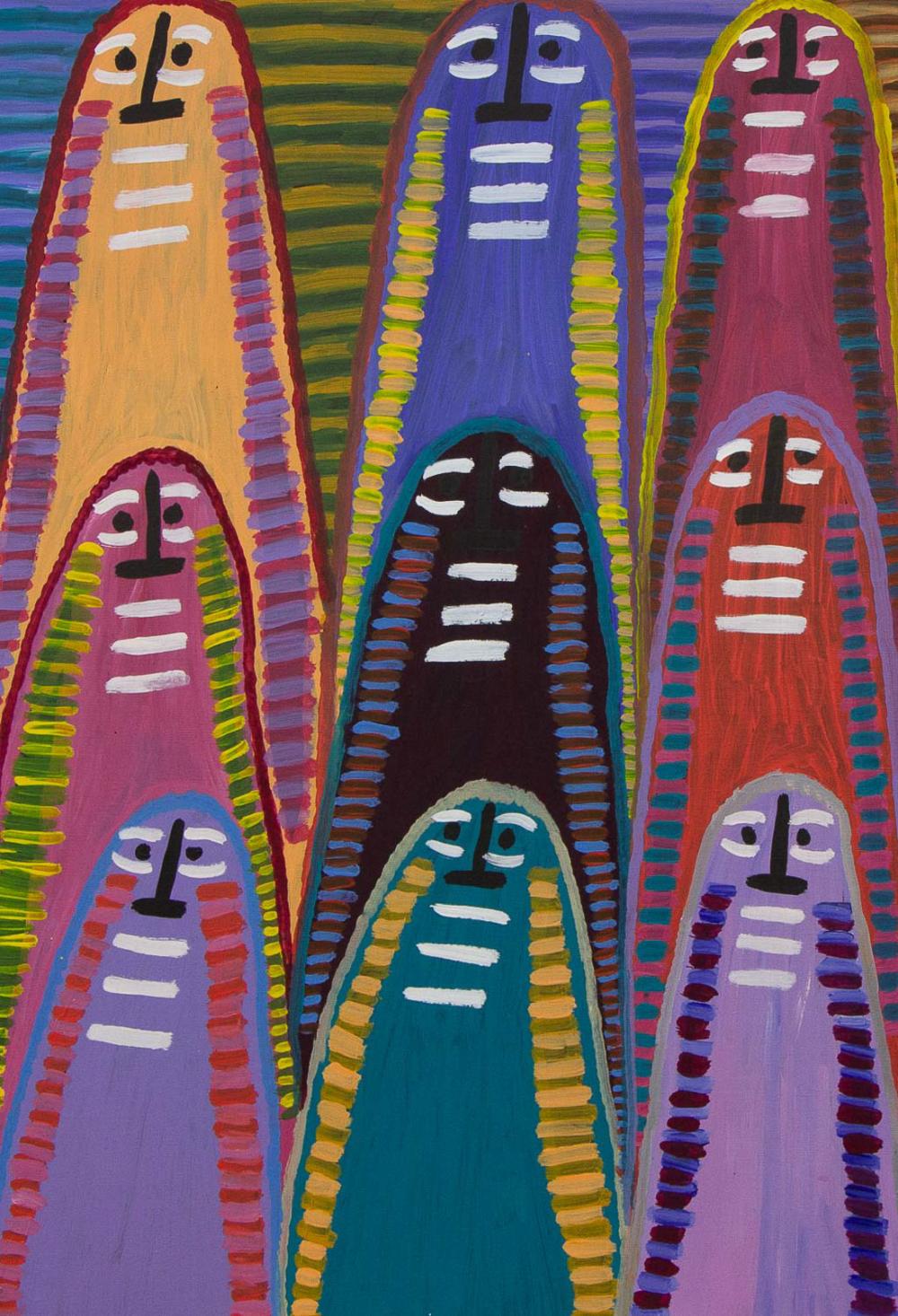 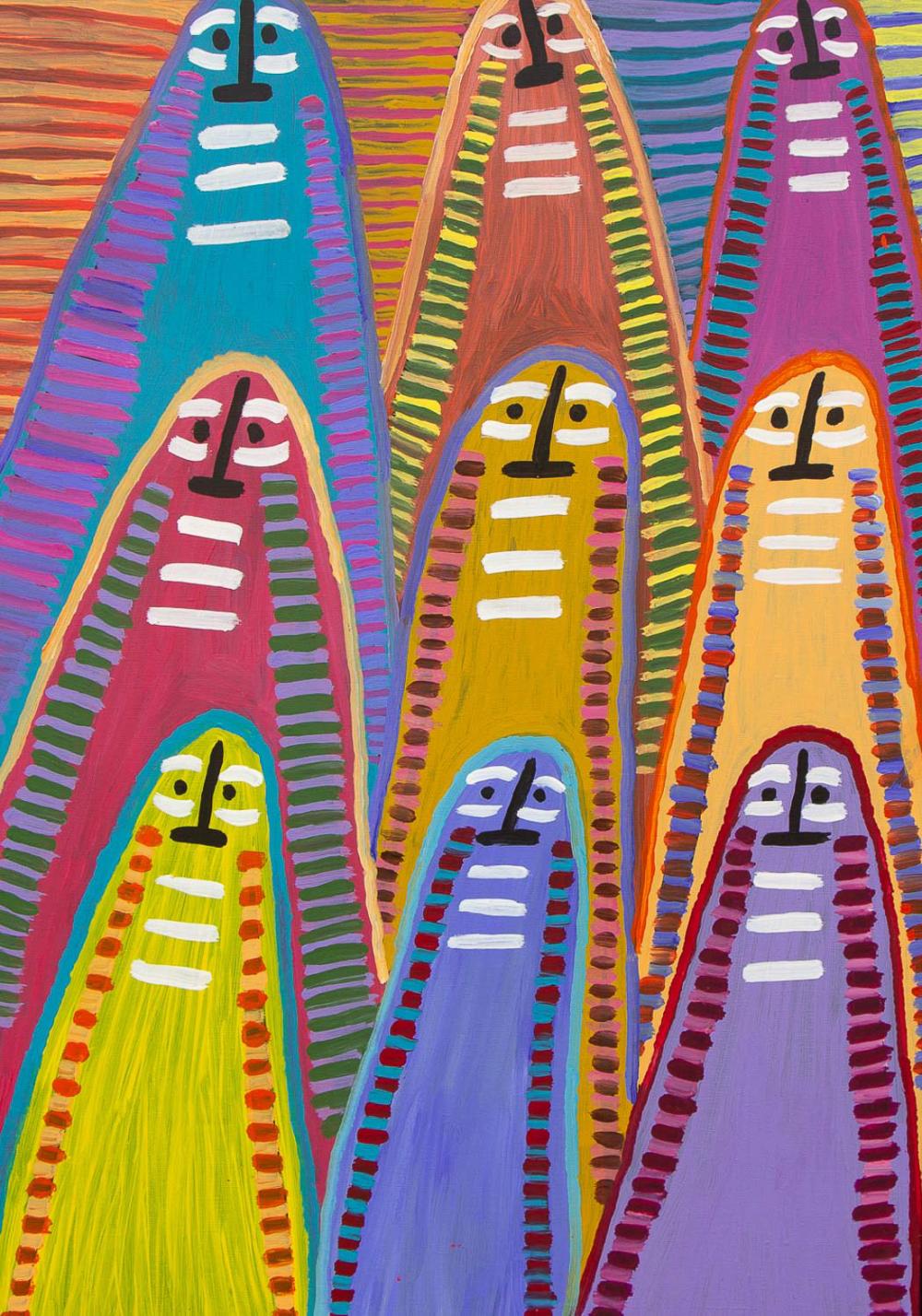 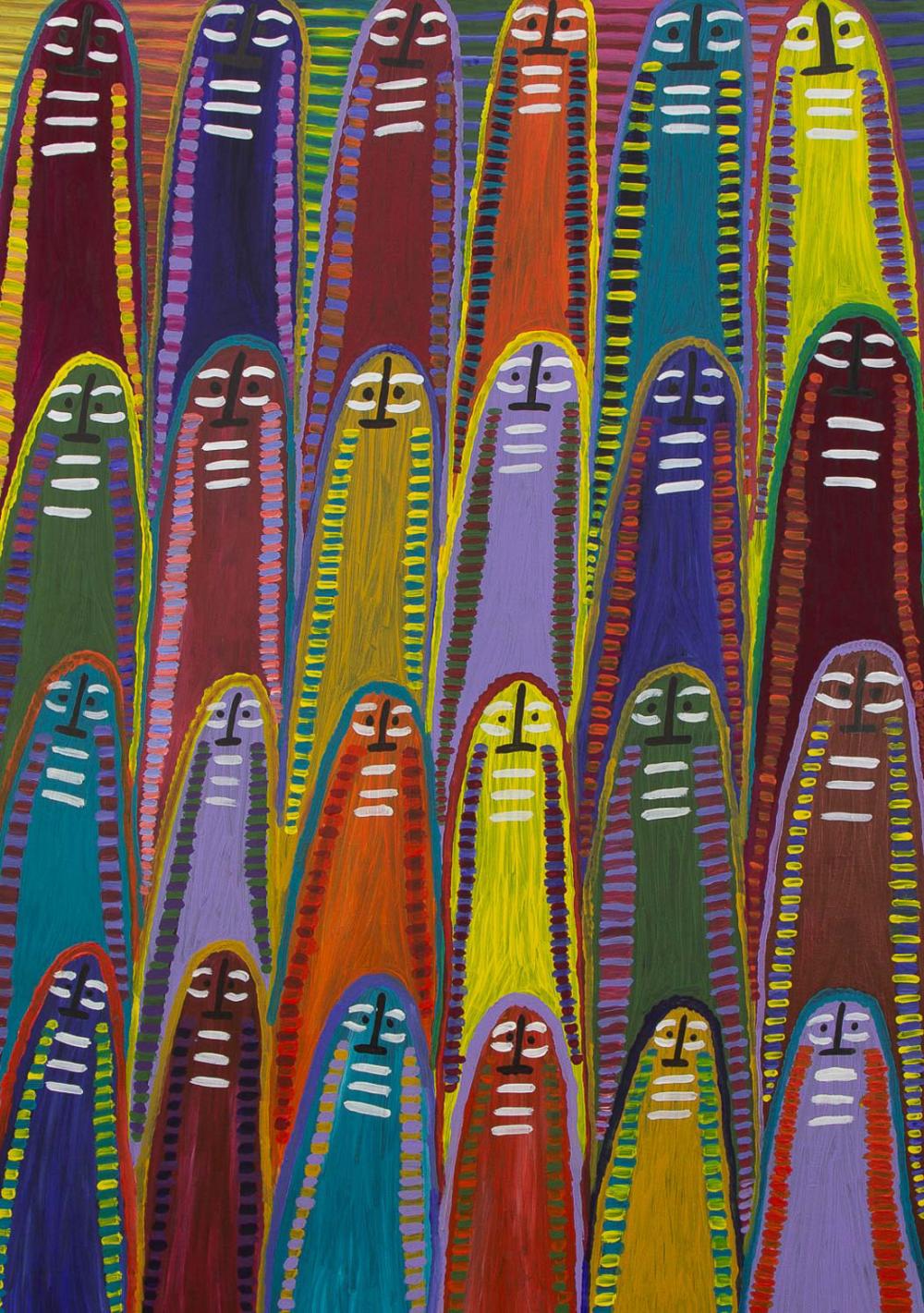 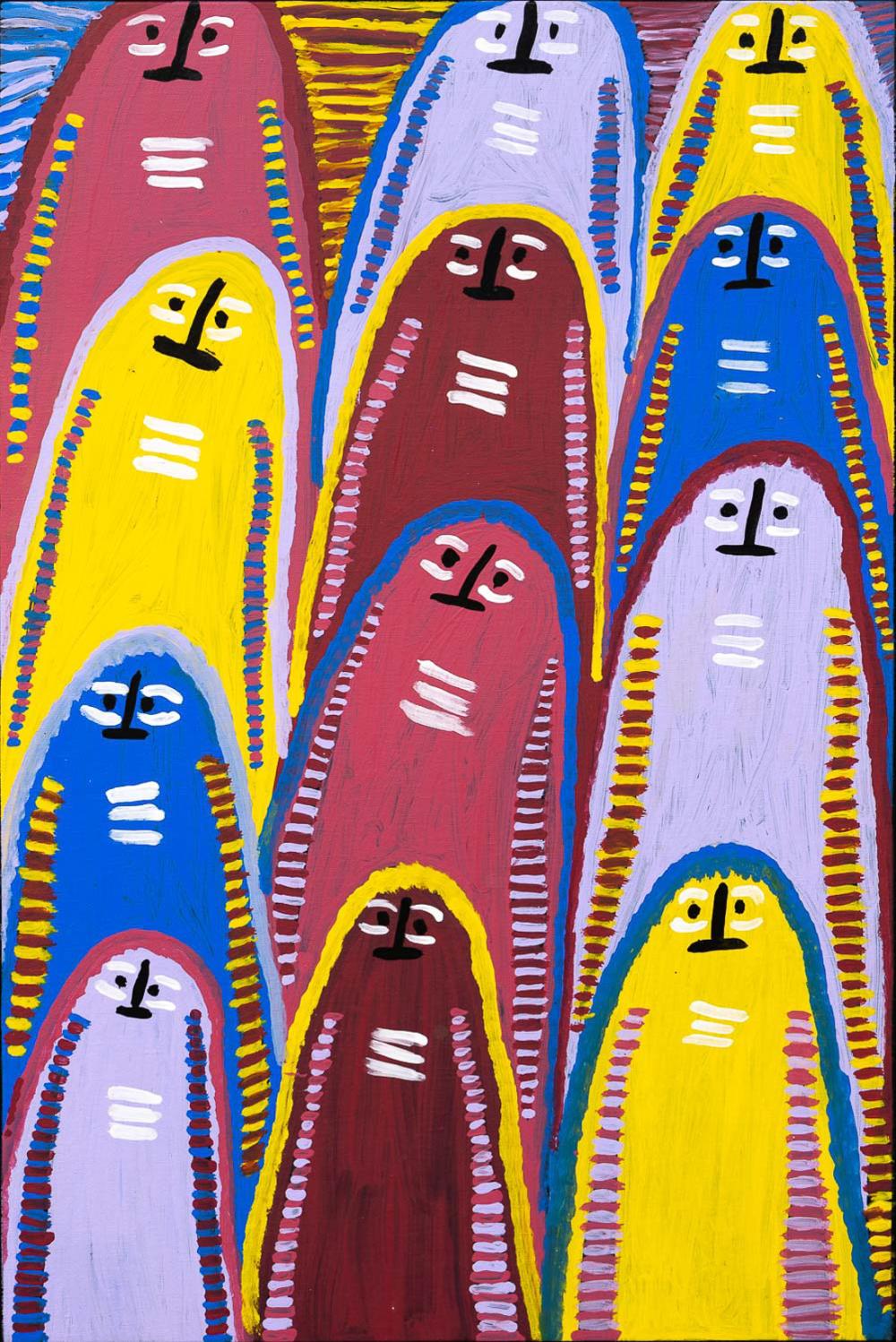 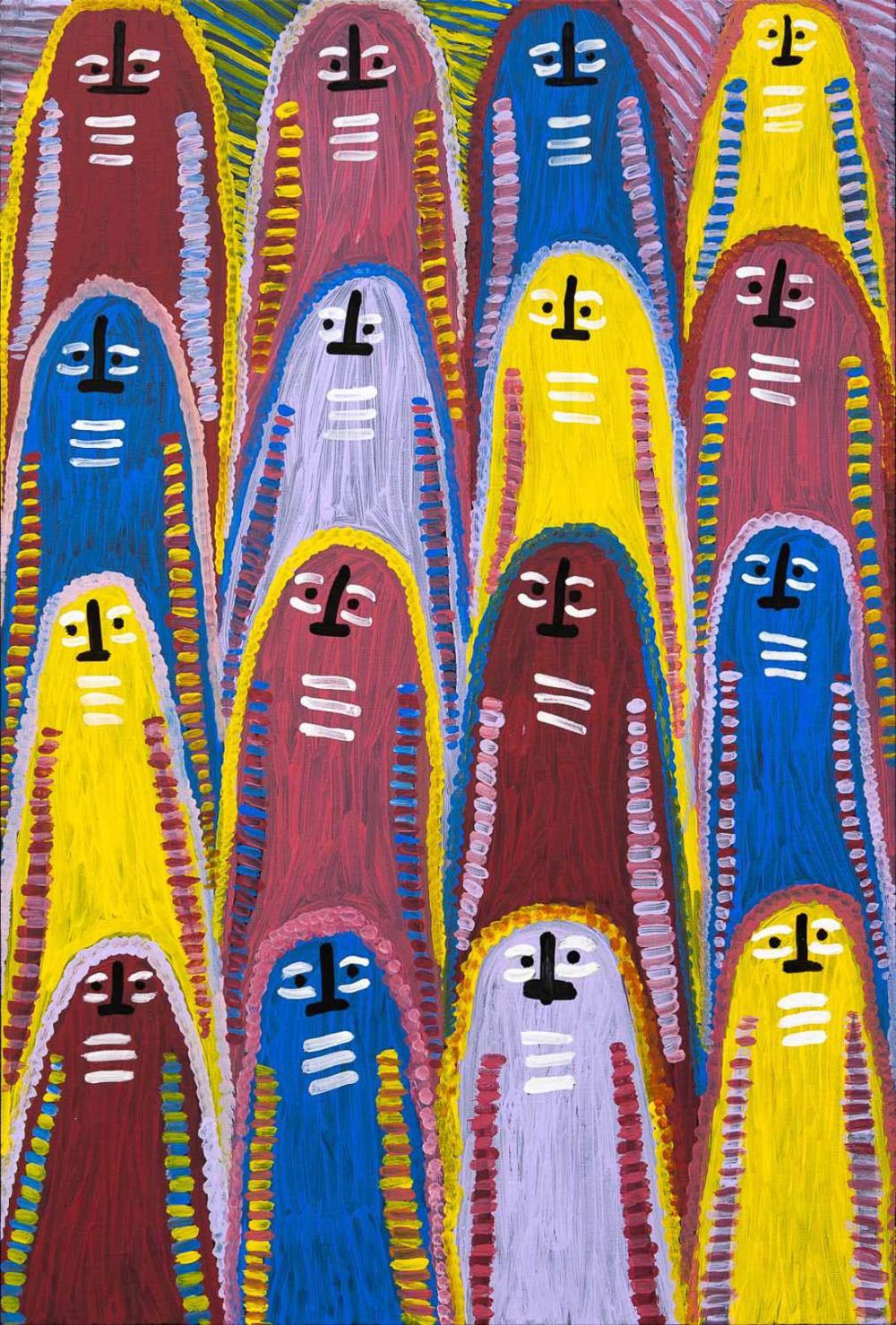