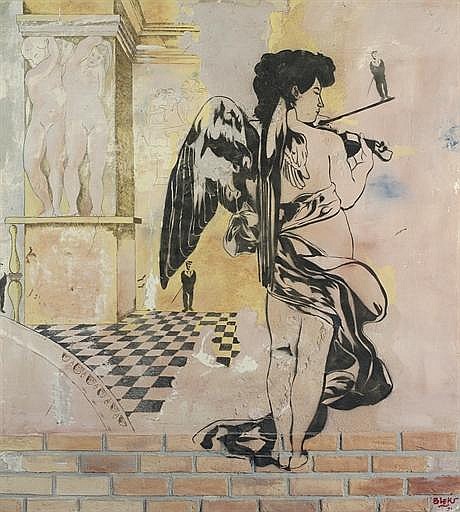 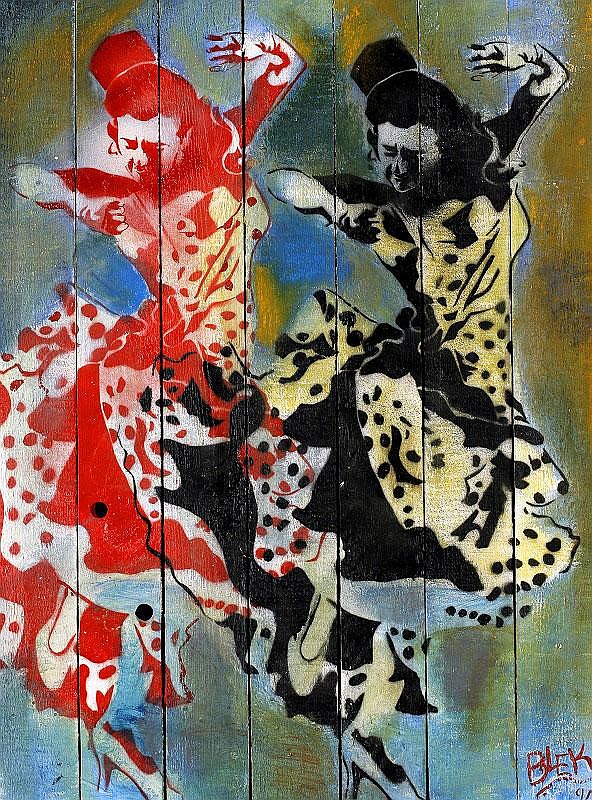 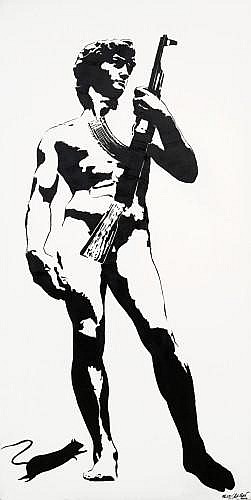 Blek le Rat (born Xavier Prou, 1952) is a French graffiti artist. He was one of the first graffiti artists in Paris, and has been described as the "Father of stencil graffiti".

Early life:
Xavier Prou was born on 15 November 1951 in Boulogne-Billancourt in the western suburbs of Paris.

Early career and influence: Blek began his artwork in 1981, painting stencils of rats on the walls of Paris streets. He described the rat as "the only free animal in the city",[4] and one which "spreads the plague everywhere, just like street art".[5] His name originates from the comic book Blek le Roc, using "rat" as an anagram for "art".[3]

Initially influenced by the early graffiti-art of New York City after a visit in 1971, he chose a style which he felt better suited Paris, due to the differing architecture of the two cities.[4] He also recognised the influence of Canadian artist Richard Hambleton, who painted large-scale human figures in the 1980s.[3] In 1985, he was on the first meeting of the graffiti and urban art movement in Bondy (France), on the VLP's initiative, with Speedy Graphito, Kim Prisu, Miss Tic, SP 38, Epsylon Point, Jef Aérosol, Futura 2000, Nuklé-Art, Banlieue-Banlieue. Blek's oldest preserved street art graffito, a 1991 replica of Caravaggio's Madonna di Loreta, which he dedicated to his future wife Sybille, was rediscovered behind posters on a house wall in Leipzig, Germany, in 2012.[6]

French authorities identified Blek in 1991 when he was arrested while stencilling a replica of Caravaggio's Madonna and Child, with the connection to Blek and his artwork being made by police. From that point on, he has worked exclusively with pre-stenciled posters, citing the speedier application of the medium to walls, as well as lessened punishment should he be caught in the act.[1]

He has had a great influence on today's graffiti-art and "guerilla-art" movements, the main motivation of his work being social consciousness and the desire to bring art to the people. Many of his pieces are pictorials of solitary individuals in opposition to larger, oppressive groups.[5] In 2006 he began his series of images representing the homeless, which depict them standing, sitting, or lying on sidewalks, in attempts to bring attention to what he views as a global problem.[7]

View All Blek Le Rat for Sale at Auction Now 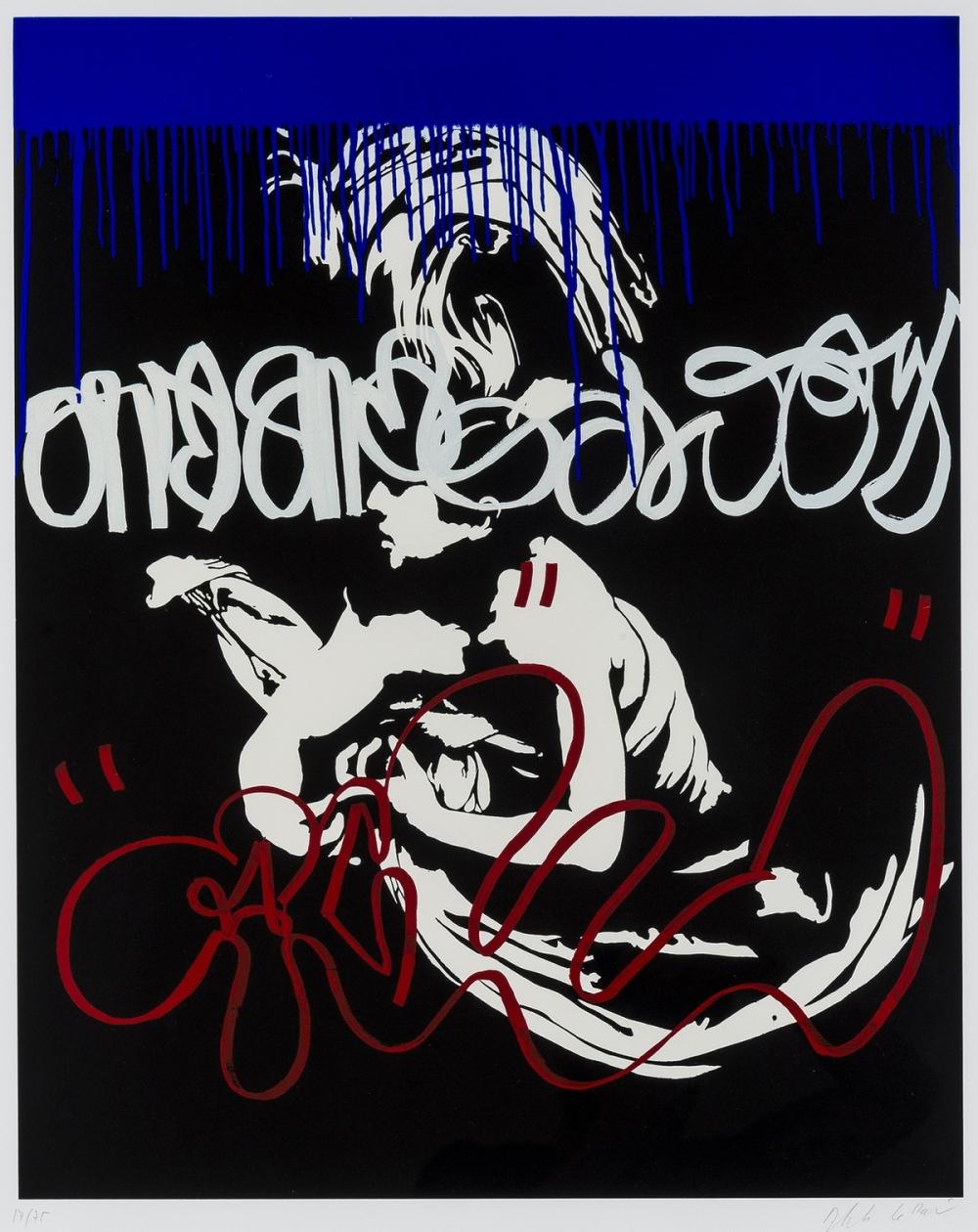 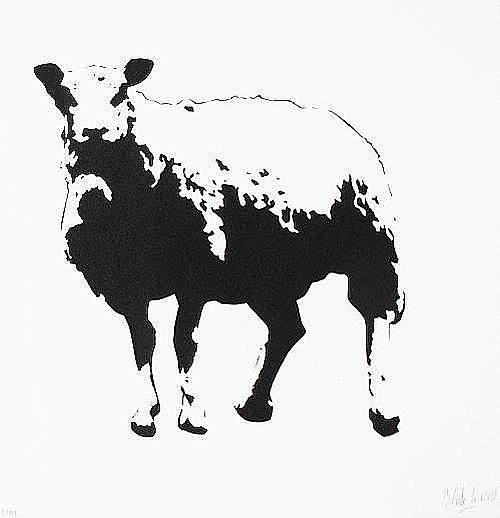 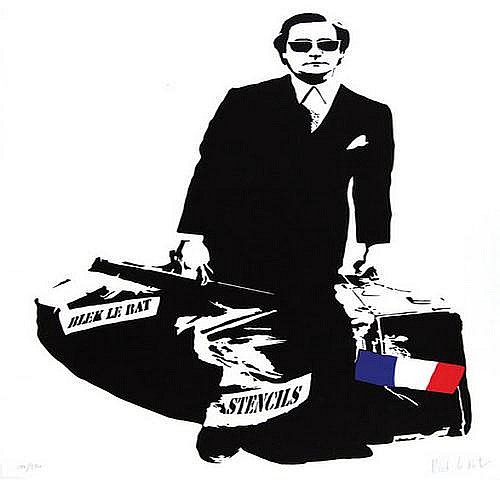 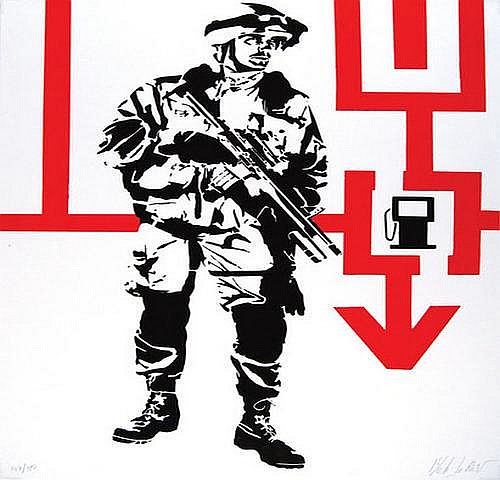 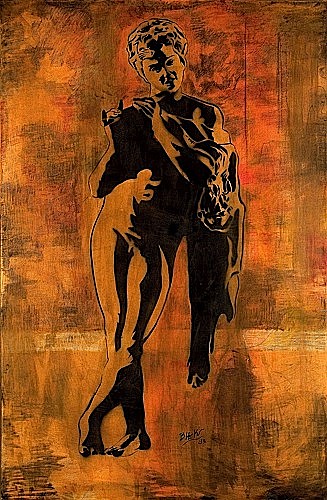 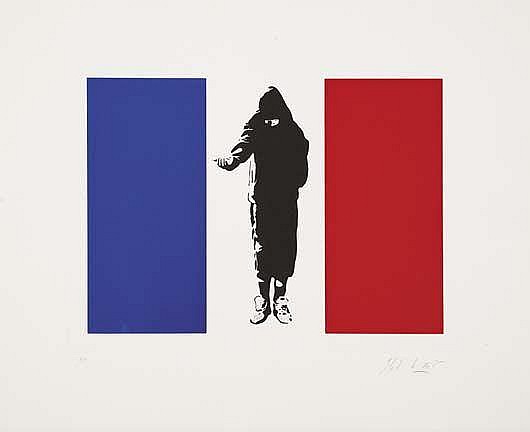 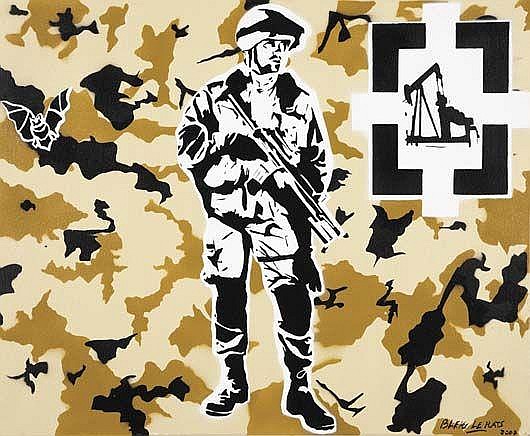 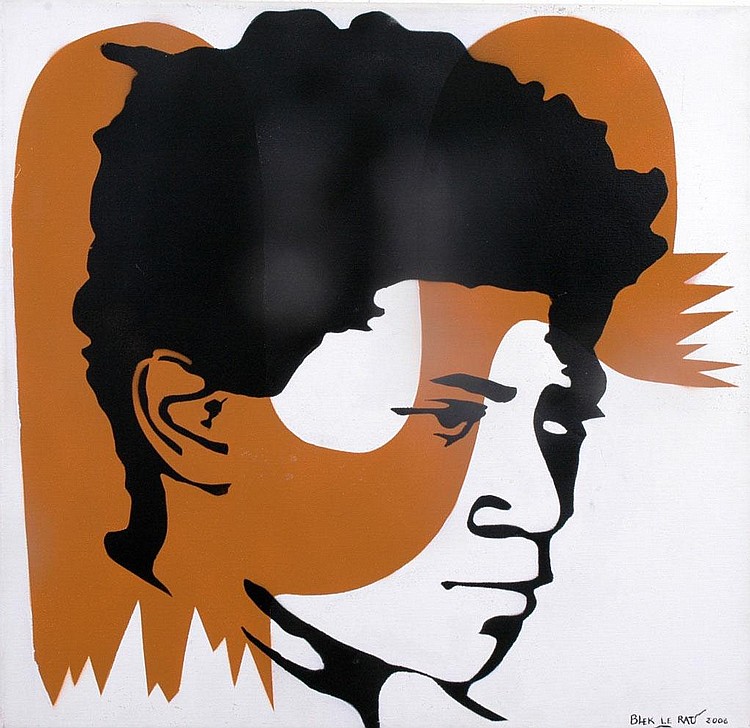 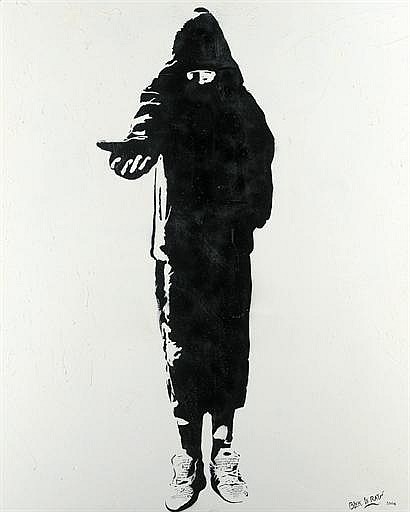 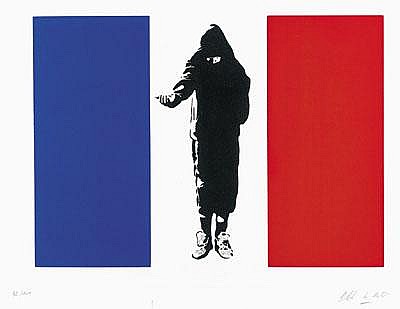