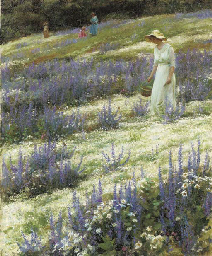 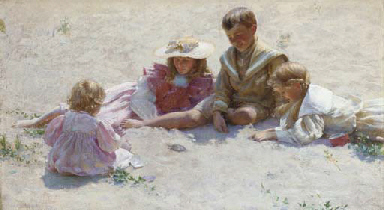 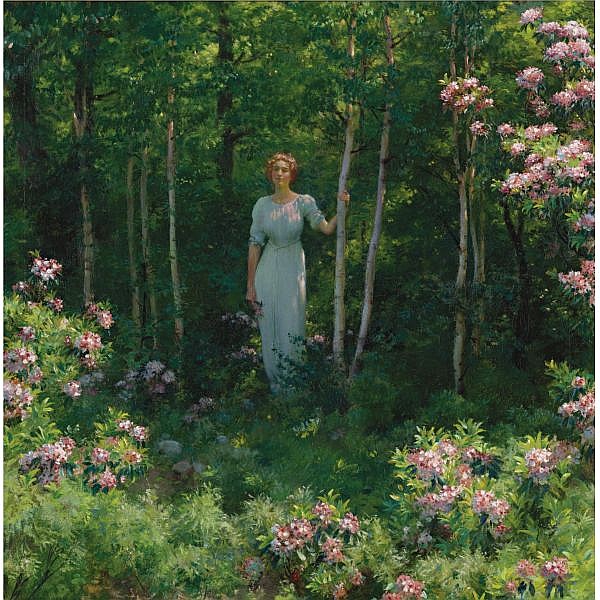 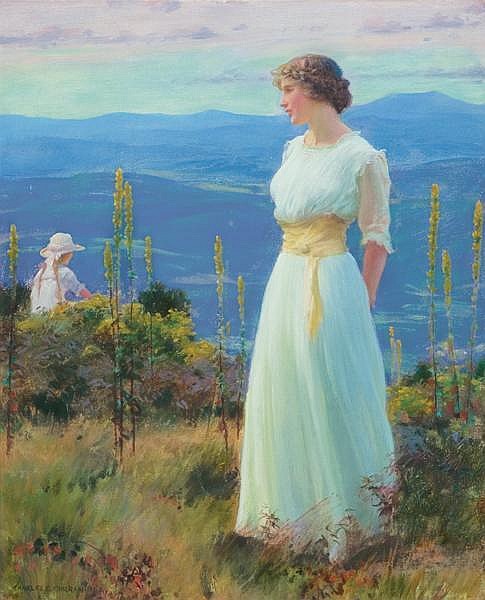 (b Hartford, Kentucky, 1861; d New York, New York, 1942) American painter. Like many American artists, Curran went to Europe for the majority of his artistic training. Originally from Hartford, Kentucky, Curran grew up in Sandusky, Ohio, studying in Cincinnati and New York before going to Paris in the late 1880s for studies under Benjamin Constant, Jules-Joseph Lefebvre and Henri-Lucien Doucet. Upon his return to the United States in 1891 he lived in New York City. Invited to Cragsmoor, New York by Dellenbaugh in 1903, Curran was immediately charmed by it and completed a house there in 1910. He spent his summers in Cragsmoor, where he found the majority of subject matter for his work. Earlier he had done crisply rendered figures of elegant women in panoramic landscape and more softly rendered fantasy figures of fairylike women among roses; a rare example of American Symbolism. About the time Curran went to Cragsmoor, he turned to the theme that would involve him for the rest of his career: beautiful 'modern' young women in bright sunlight, often high on a hill or mountaintop, silhouetted against the brilliant blue sky. The clear drawing, slightly stylized forms, and limitless space inject an element of fantasy; a heritage perhaps of his earlier Symbolism. Curren exhibited works at The Pennsylvania Academy of the Fine Arts from 1887 until 1935, and at the National Academy of Design in New York from 1883 through 1943. He also became a leader of the Cragsmoor Art Colony in Cragsmoor, New York. (Credit: Christie’s, New York, Important American Paintings, Drawings & Sculpture, November 30, 1999, lot 68)

View All Charles Courtney Curran for Sale at Auction Now 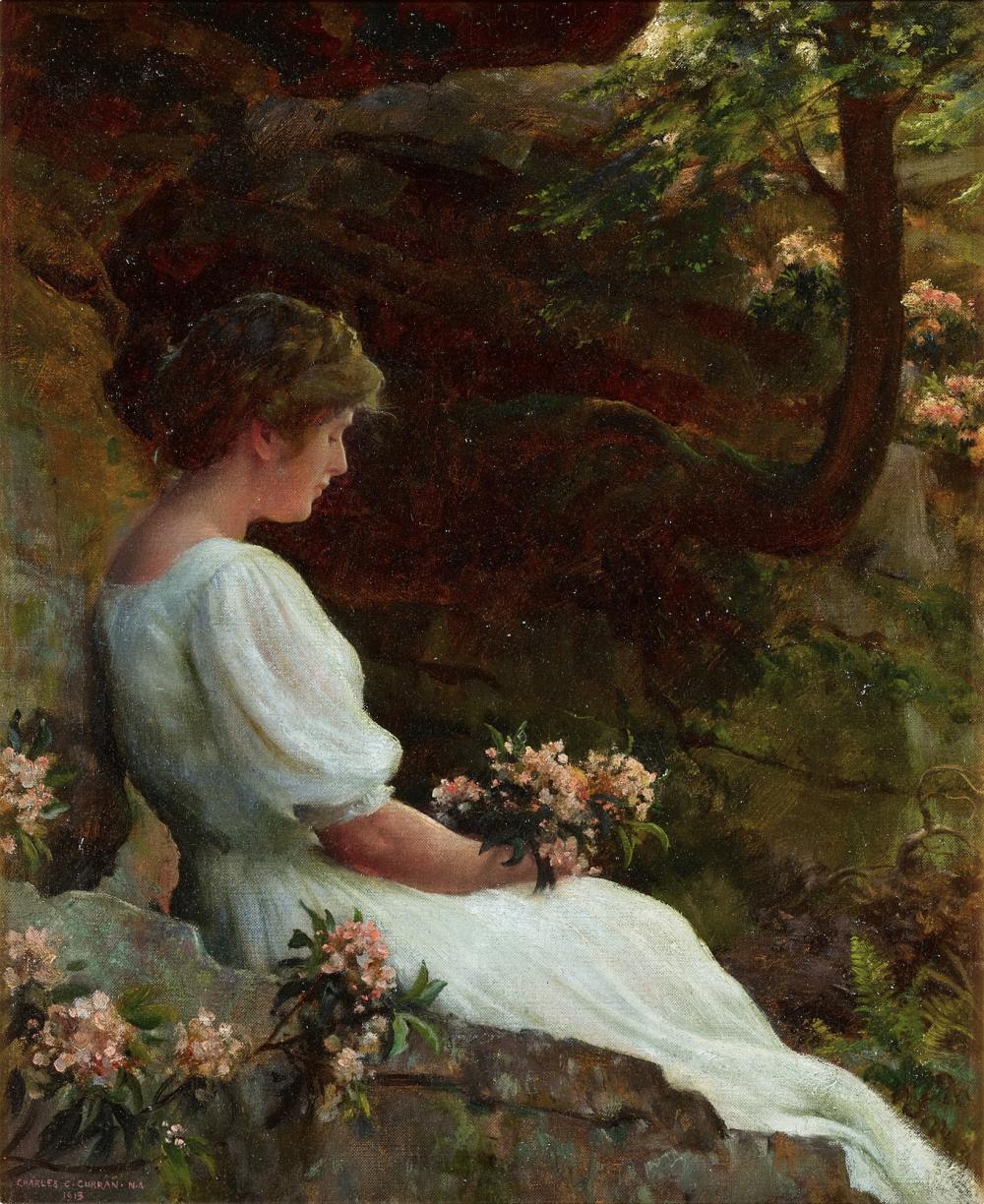 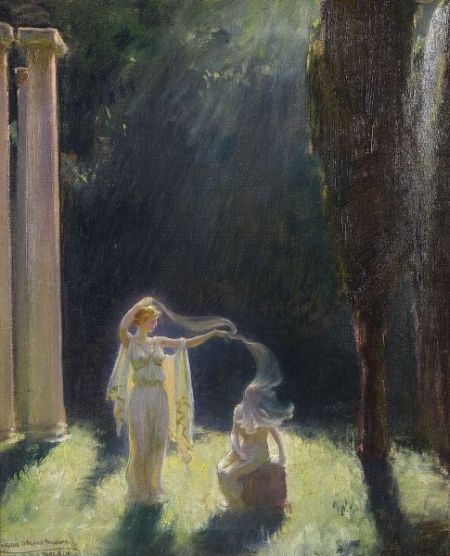 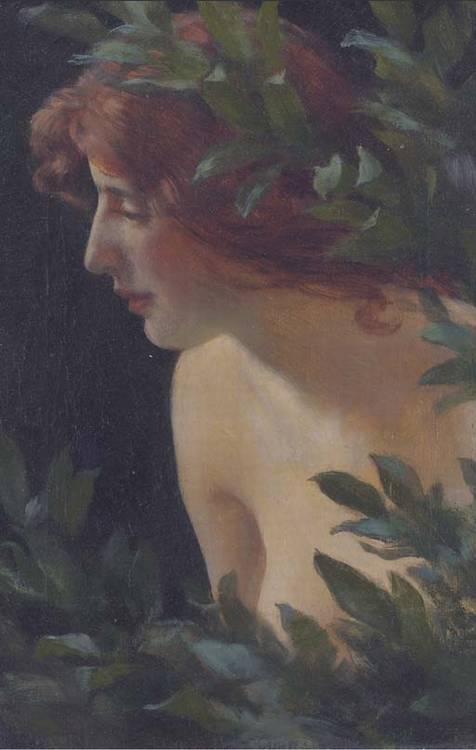 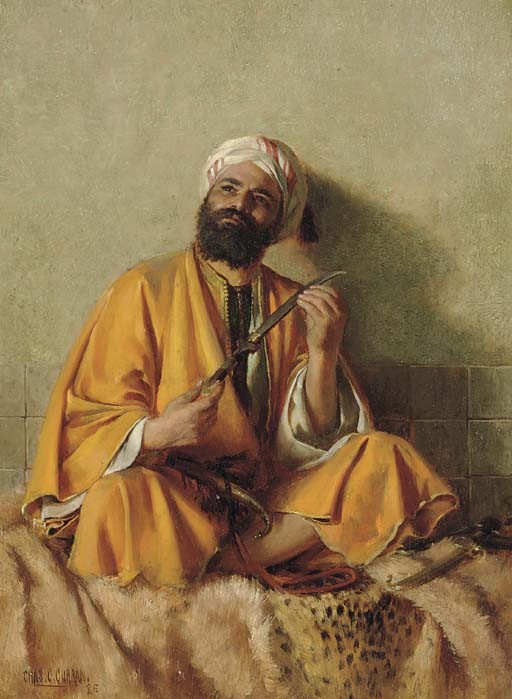 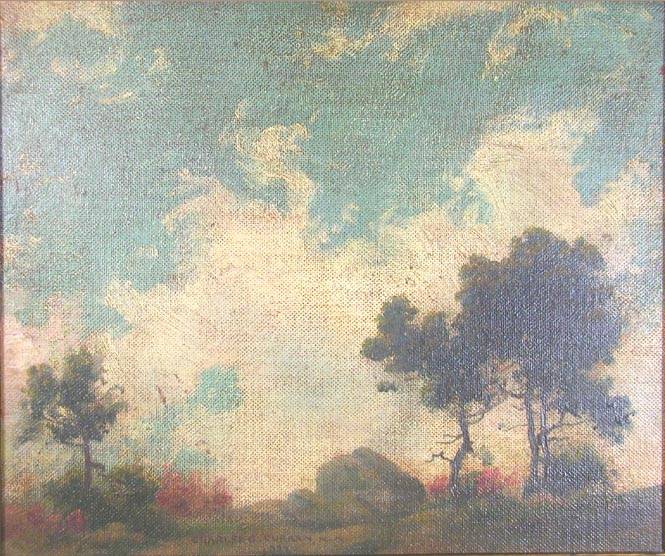 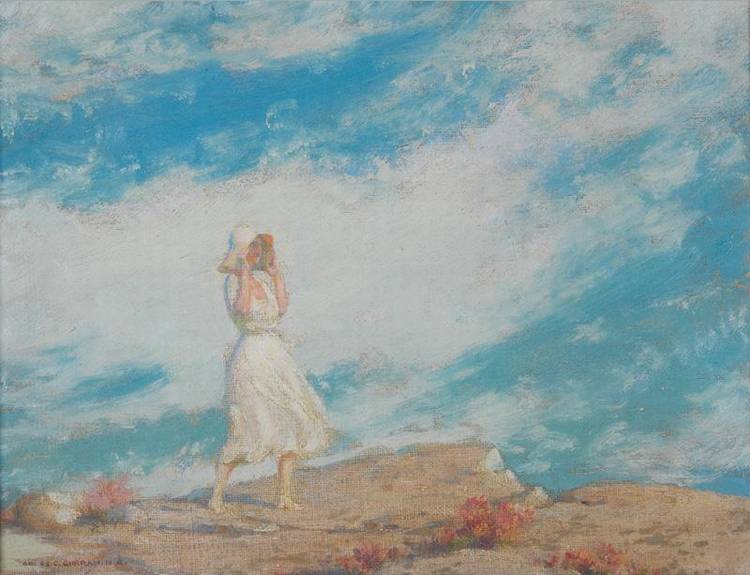 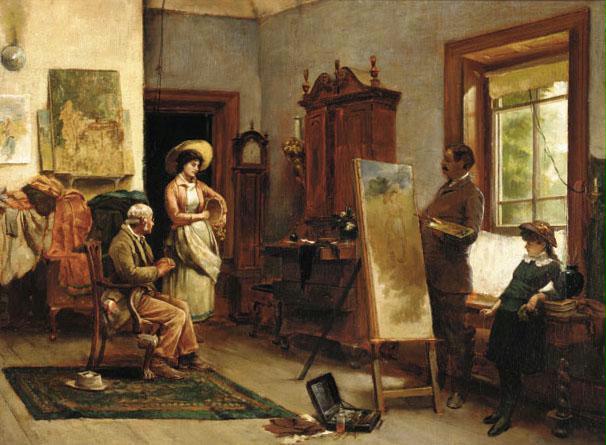 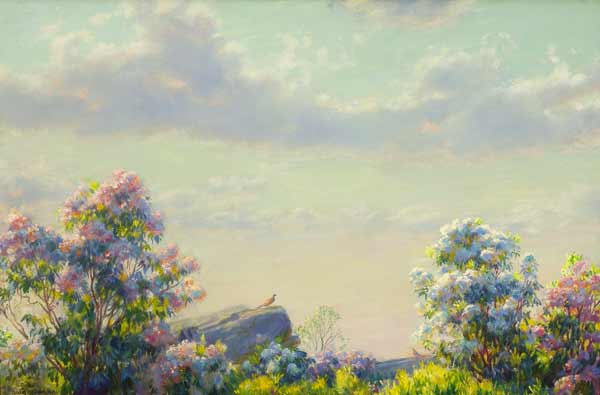 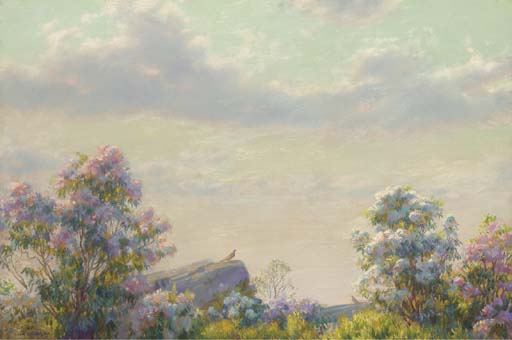 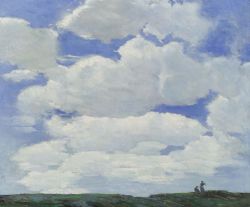 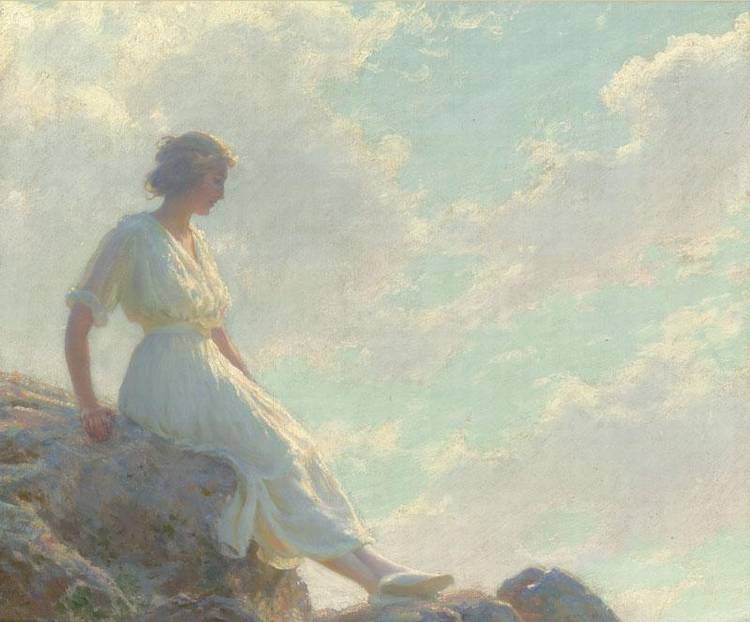 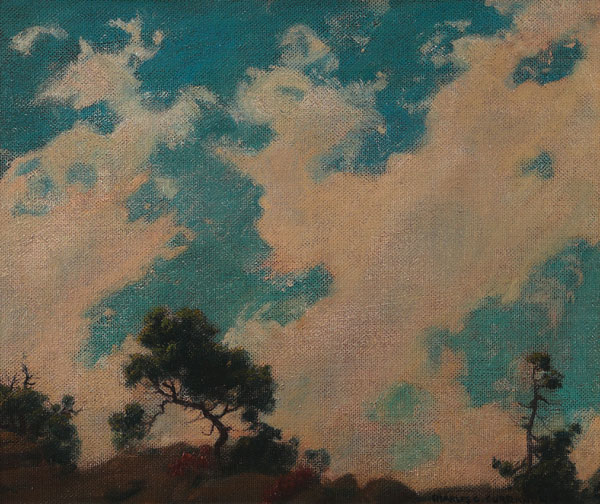 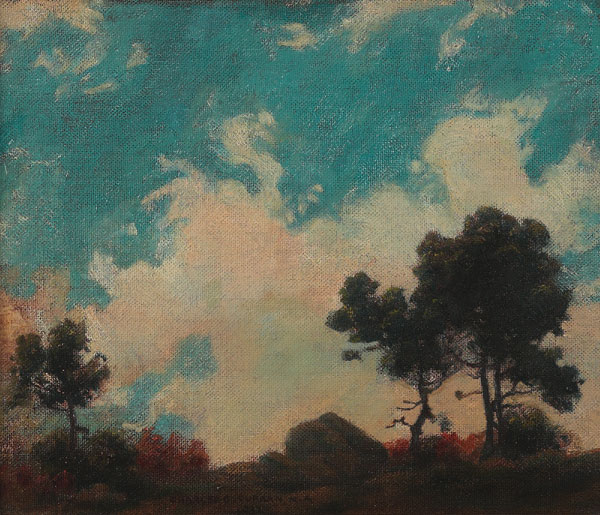