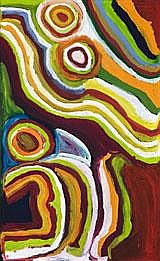 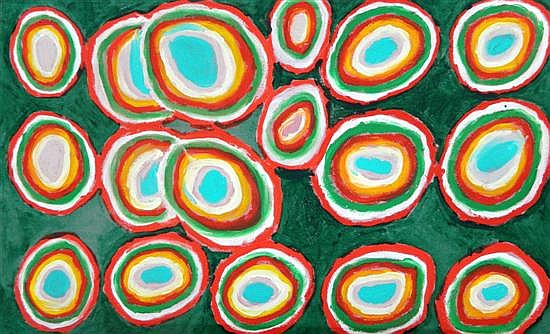 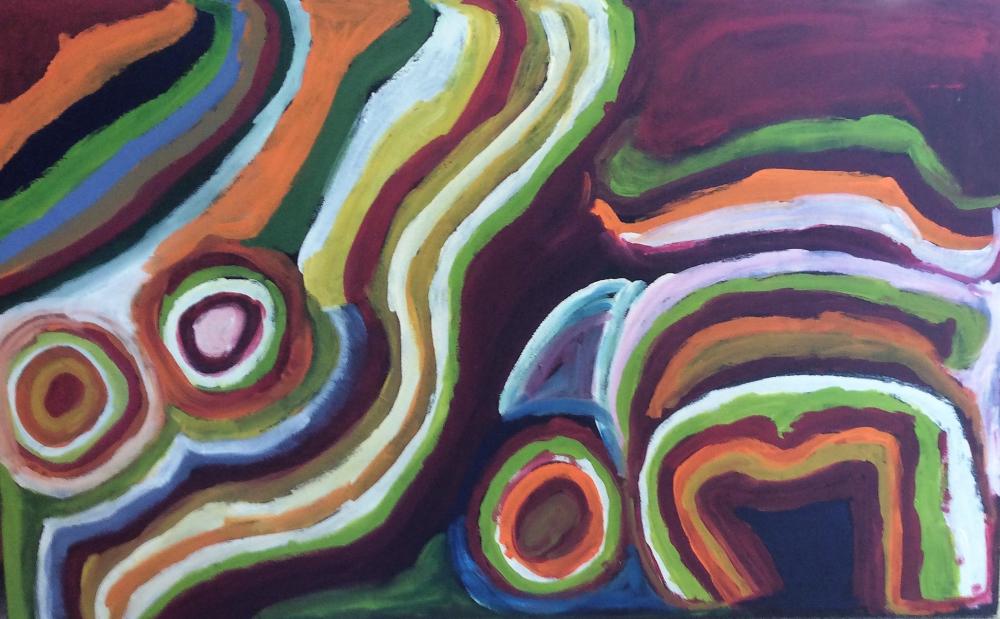 Dadda was a Kartujarra woman and a senior custodian of the lands surrounding Jigalong. She was born around 1933 at a windmill near Old Jigalong, a ration depot that was situated on the Rabbit Proof Fence preceding the establishment of Jigalong Mission. Before Dadda was born, her parents and brothers lived in the Country around Jilukurru (Killagurra Spring, Canning Stock Route Well 17). She walked around this Country with her mother, father and three brothers, visiting sites including Kumpu, Mungkulu, Pinpi (Durba Springs), Pulyapulya (Sunday Well), and Puntawarri.

When Dadda was very young her father first heard that there were rations at Jigalong and took his family there for flour, tea and sugar. In the late 1930’s, when droving had intensified along the Canning Stock Route, Dadda’s family left the desert and walked to Jigalong Mission. There they met up with the Samson, Kelly, Jeffries, Atkins, Sammy and Kadibil families who are also all Kartujarra people. Dadda went to school at the mission for a short time and was taught by Mrs Battye, Jigalong's first school teacher. Later, she worked on stations including Sylvania Station with her first husband, a camel handler, and then with her second husband, an excellent horseman, rancher, and cattle drover; both of whom she has outlived. Until her death Dadda continued to live at Jigalong, with her children and many grandchildren, as a highly respected senior of the community.

Dadda was one of the pioneering painters at Martumili Artists. As she set about her earliest works, Dadda immersed herself in the songs that describe the Jukurrpa (Dreaming) of the Country that she authoritatively represents. Her tireless exploration of colour and form, however, reflects her increasing engagement with the qualities of paint and canvas themselves. Dadda’s technique swings between lusciously applying brightly coloured paint to the canvas and using translucent washes to produce watercolour-like qualities. She worked delicately across the surfaces of linens and canvasses, revealing the textures of various substrates. Subtle, interlaced roundels remain a consistent feature throughout her explorations of light, form and space. Many of her paintings have a hovering, vibrating quality that is thoroughly grounded in Country, Jukurrpa and history, even while it challenges stereotypes of ‘traditional’ desert paintings. Dadda has exhibited widely across Australia and internationally, and her work has been acquired by several major institutions in Australia including The National Museum of Australia and the National Gallery of Victoria.