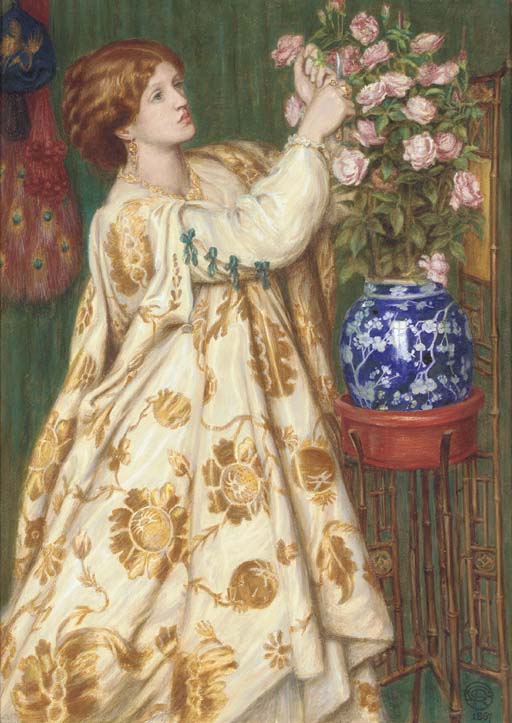 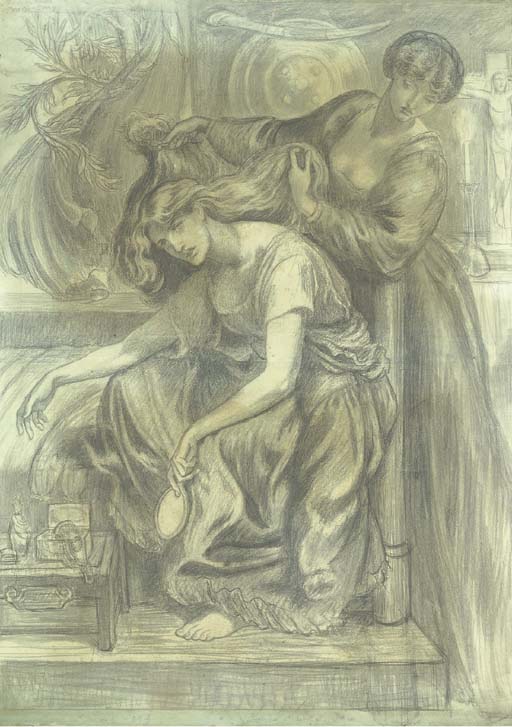 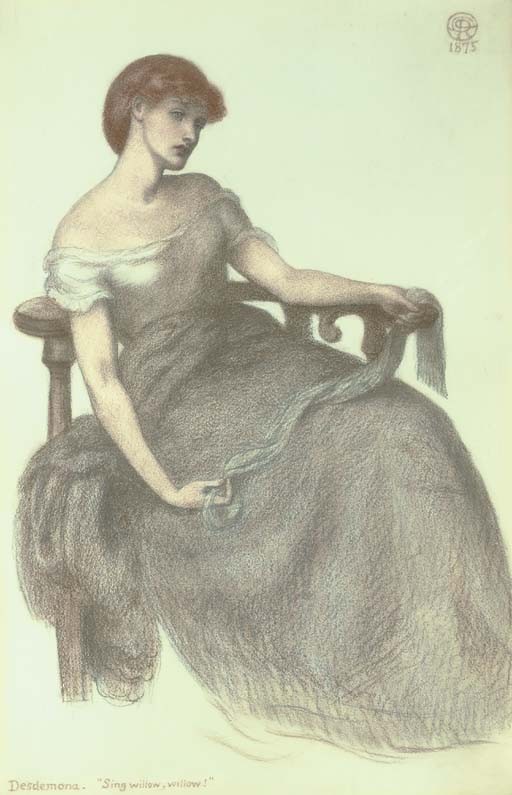 (b. May 12, 1828, London; d. April 9,1882, Margate in Kent, England) English painter and poet. Born Gabriel Charles Dante Rossetti, Rossetti’s father was a poet, Dante scholar and Italian loyalist who immigrated to England from Naples, Italy for political reasons. Rossetti also had a talent for poetry and began writing at a young age. He attended King’s College School, Cary’s Academy of Art and The Royal Academy, where he met artists with whom he would form the Pre-Raphaelite Brotherhood and studied painting under Ford Madox Brown. Rossetti, along with William Holman Hunt and John Everett Millais, founded the Pre-Raphaelite Brotherhood; a group of painters, poets and critics. The group, who began meeting formally in 1848, disliked the way in which art had been evolving since the time of Raphael, including Mannerist art, which they considered to be mechanical, and Victorian art, which they considered to be materialistic. They gained inspirations from styles pre-Renaissance, looking back to the purity and idealization of the art of the medieval period. The group was not well received by outside critics and controversial. Rossetti favored the theme of romantic love in both his painting and his poetry; and depicted the subject often, working in both oil and watercolor. Rossetti married Elizabeth Eleanor Siddal in 1860, and she served as model for him for many of his early works; Siddal died of a laudanum overdose only two years after their marriage. He buried his complete works of poetry in her coffin, but regretted that decision and retrieved them eight years later. After Siddal’s death, he began to use Williams Morris’s wife, Jane, as a model. In the late 1860’s, Rossetti’s health began to suffer and he became addicted to the sedative, chloral. He suffered from depression and paranoia, which the chloral only intensified. During the summer of 1872, Rossetti had a severe mental breakdown and attempted suicide. Though he did recover from the episode, and even resumed painting, his health continued to deteriorate and he died of kidney failure in 1882 at a resort near Margate in Kent. 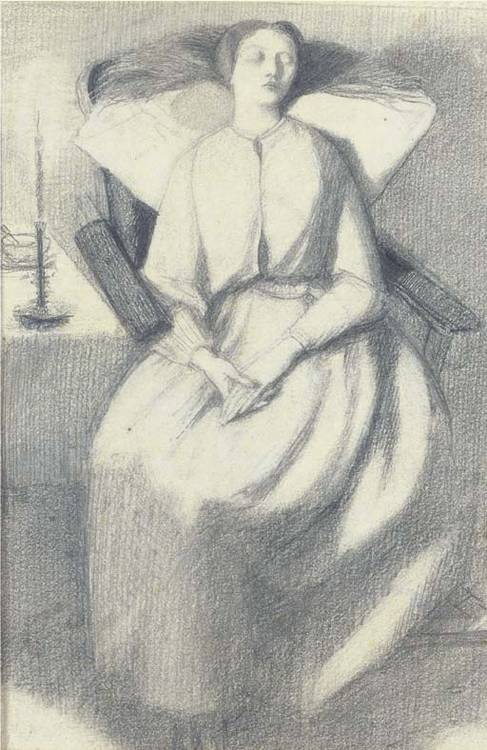 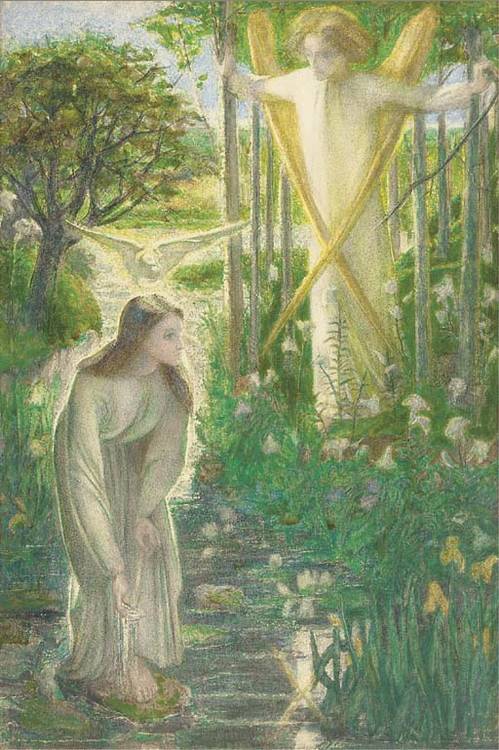 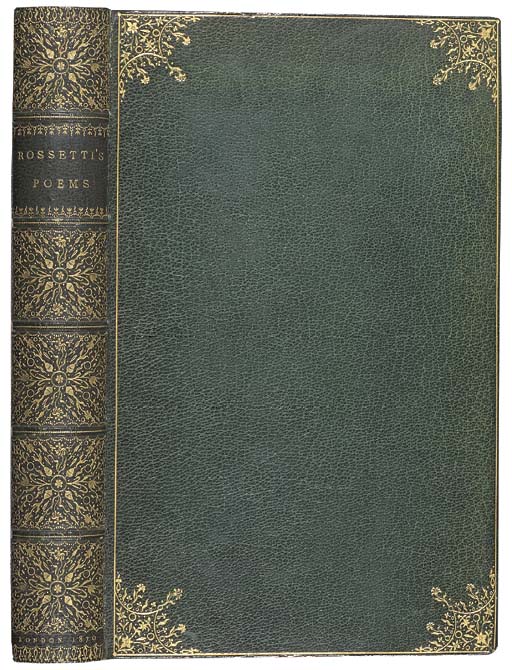 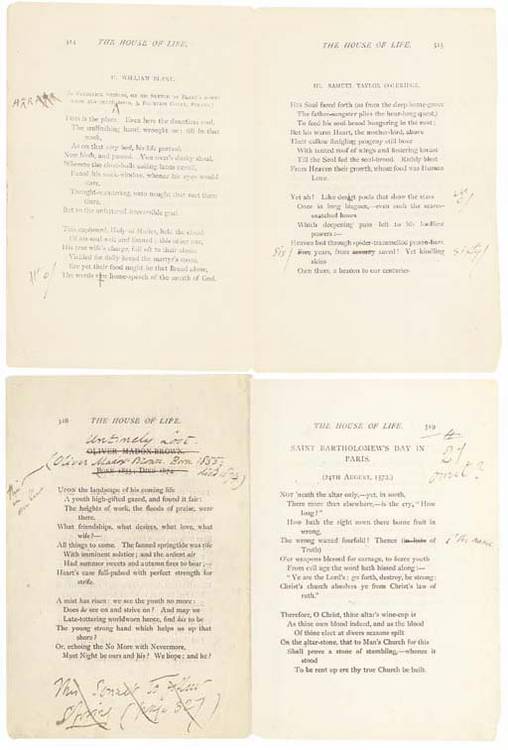 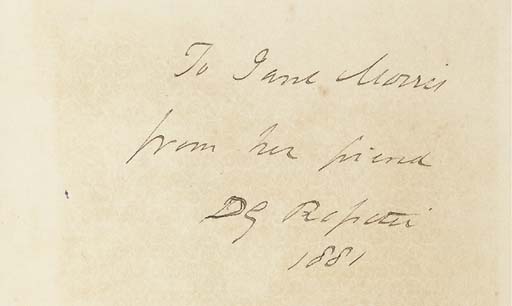 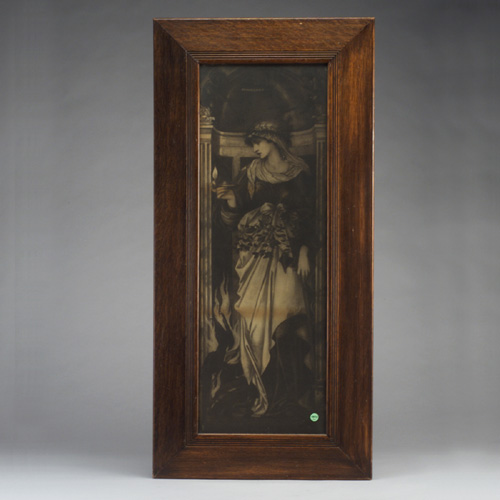 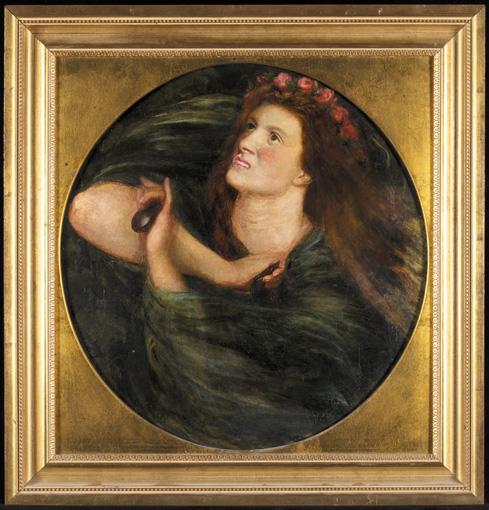 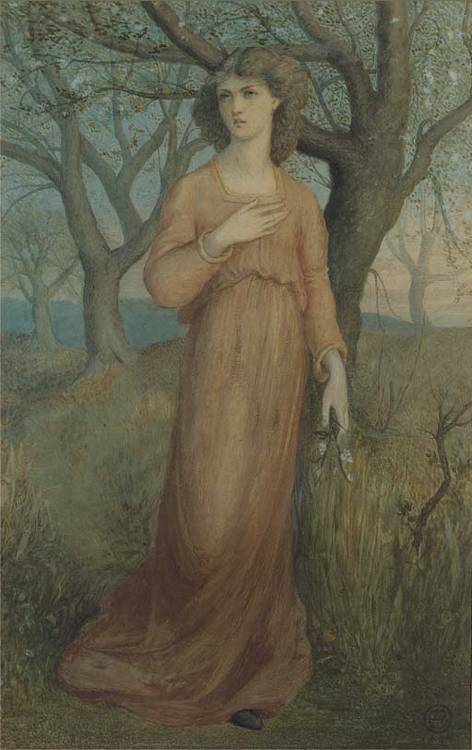 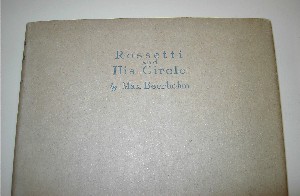 Rossetti and His Circle