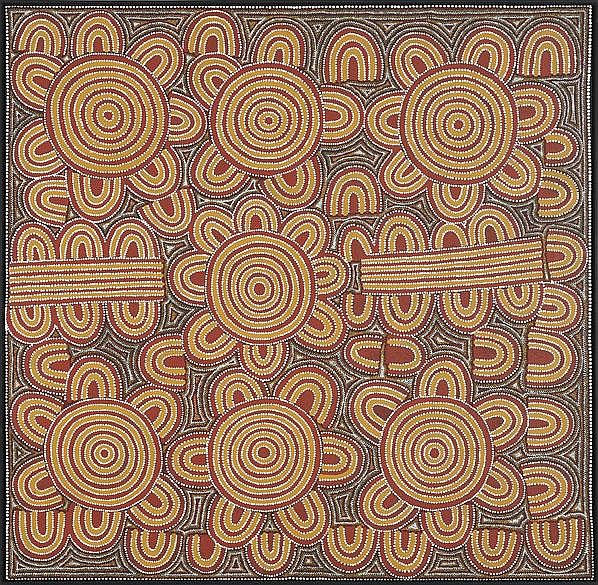 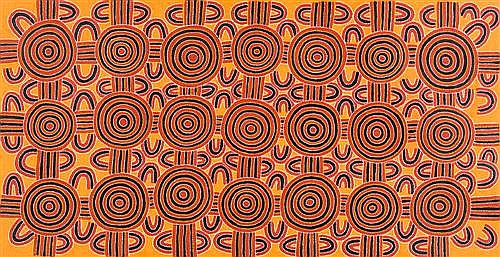 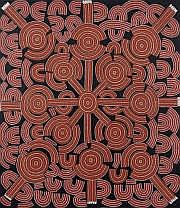 Dave Pwerle Ross grew up on Utopia, Alcoota, Mt Riddock, Macdonald Downs and Delmore. Born in 1935, his Country is The Sandover River from The Alcoota Homestead to Tommyhawk soak on Utopia.

Dave was a quick learner, highly skilled at the wool table in the shearing sheds of Delmore and Macdonald Downs. Always affable and quick to share a joke, he also was ‘The Boss’ of the Aboriginal team of shearers and shed hands. His younger brother, Jo, was a shearer, as well as Lenny Kngwarreye (Lily Sandover Kngwarreye's brother).

Don Holt remembers shearing with these men and his brother, Malcolm (16), at his grandfather’s property, Macdonald Downs, when he was 18. Later, they all continued to work together often at Delmore Downs.

Because of the vast knowledge passed on to him by his father and others, Dave was a Law Man of high degree. When Dave married and moved back to Utopia, he was involved in important ceremonies from Alcoota to the Queensland border, near Mount Isa (over a distance of nearly 600 kilometres). His influence extended to many of the ceremonies of the neighbouring Alyawarre and Eastern Arrernte people.

Dave Ross created his first painting in April 1989, commissioned by Don Holt at Delmore Gallery. His work stood out immediately as bold, strong and authoritative. He quickly mastered the use of the brush and acrylic paint and embarked on the steady production of a powerful series of historical paintings, recording many of the ceremonies and stories of his people.

Many interstate gallery directors and dealers loved Dave Pwerle Ross' paintings. Chandler Coventry held Dave’s first solo exhibition in 1990, then James Mollison bought one of his paintings for the National Gallery of Victoria. Gabrielle Pizzi showed Dave Ross in her gallery in Melbourne, then in St. Petersburg in Russia in 1991. Dave’s artworks were also collected by the both the Art Gallery of Western Australia and the Queensland Art Gallery. The Louvre in Paris bought one of his paintings from Delmore (via Stephane Jacob). This painting is now in the Musée du quai Branly.

An unusual painting of Dave’s is in the Smithsonian, USA. They held a competition and exhibition for Indigenous artists around the world, sending one replica of the space shuttle "Endeavour" to one artist in each country to paint, twenty six in total. The entry by Dave Pwerle Ross was one of three to be acquired by the Smithsonian.

A Dave Pwerle Ross painting measuring 500x150cm was on consignment at Mulgara Gallery at The Ayers Rock Resort when it was seen and purchased by a European art collector, who was a composer and conductor for the London Philharmonic Orchestra. He was inspired to write "The Uluru Symphony " and even brought out a film crew from Europe to film Dave near Delmore, dancing and singing the story of another big painting. 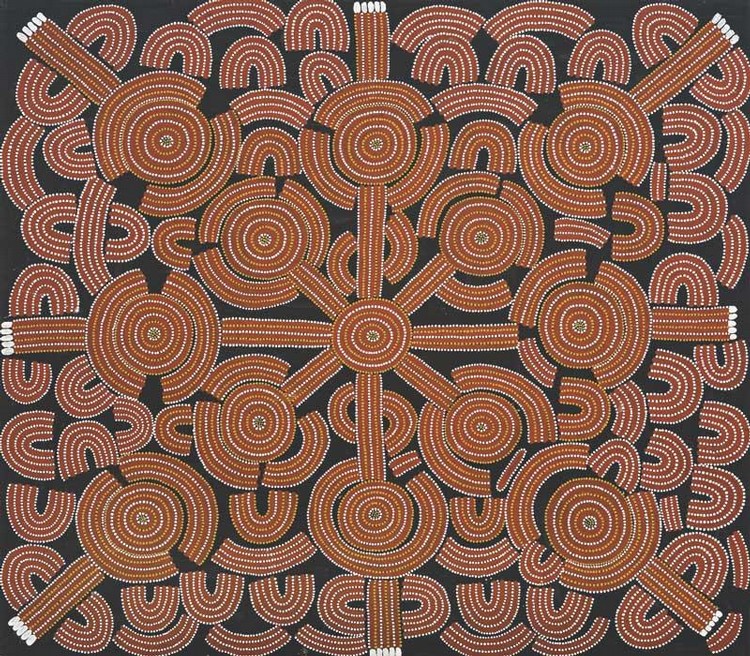 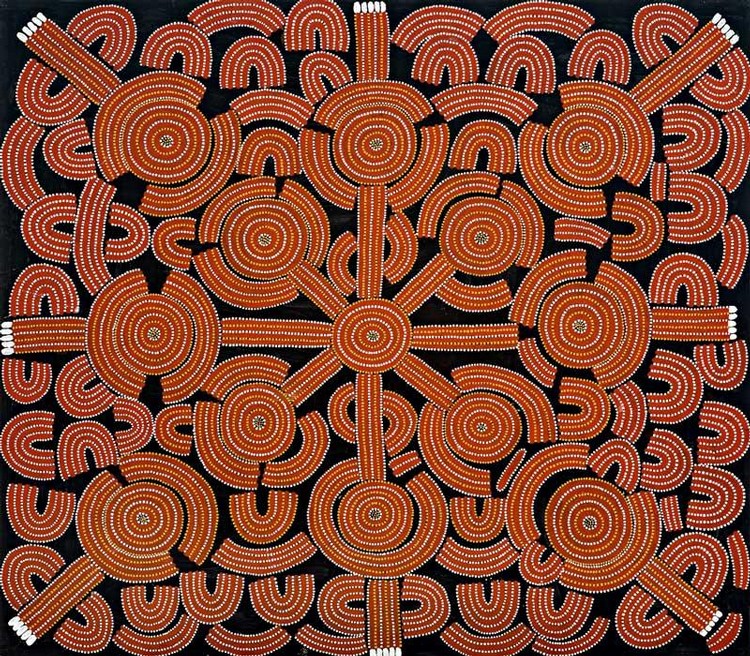 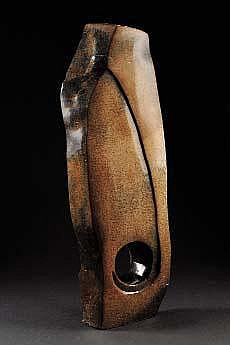 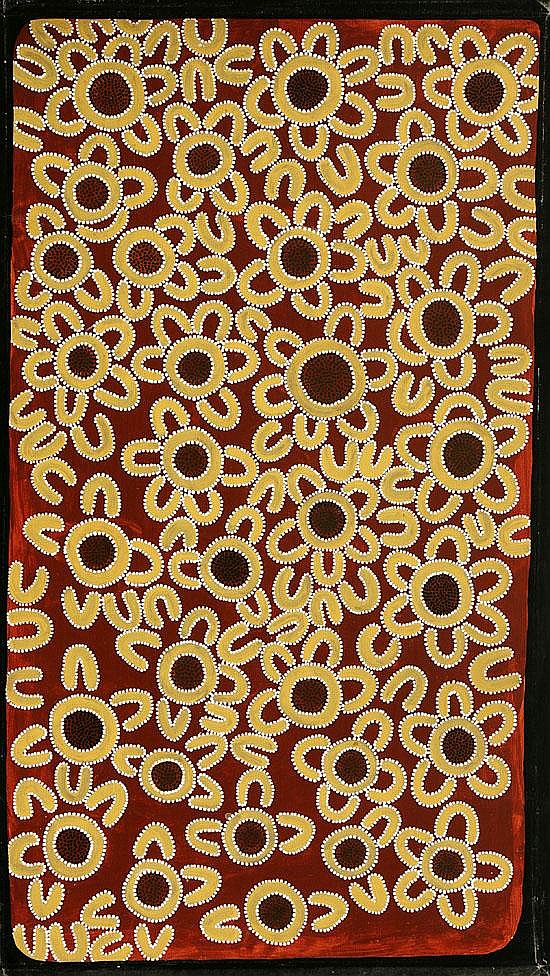 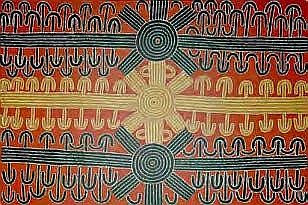 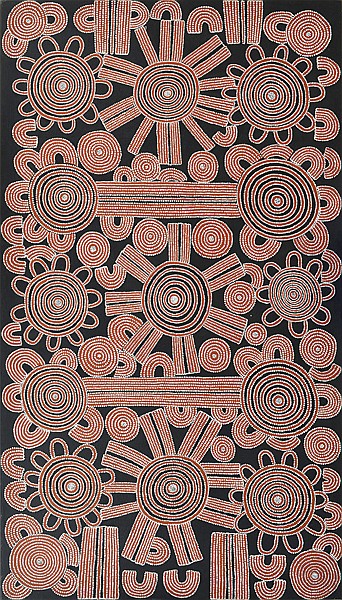