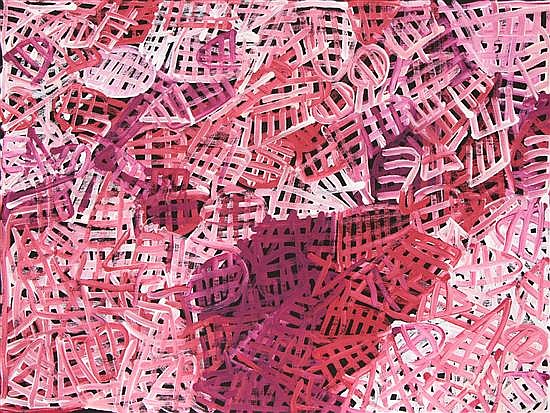 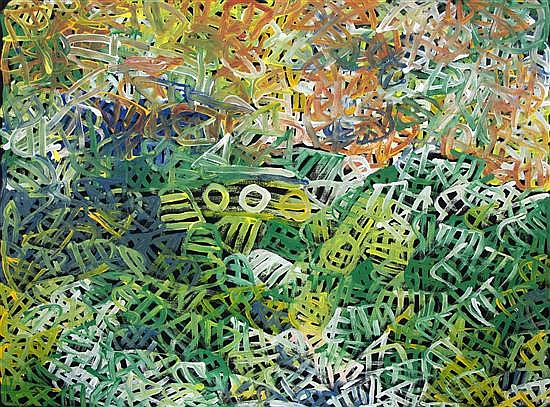 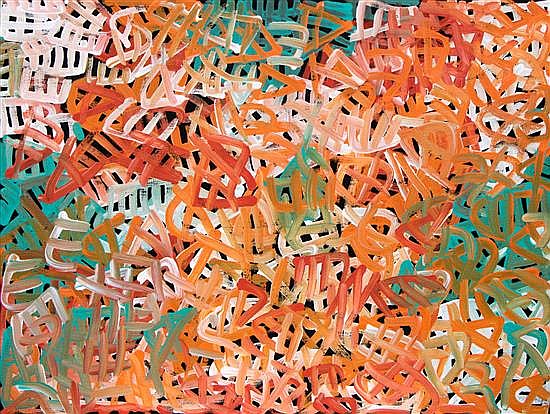 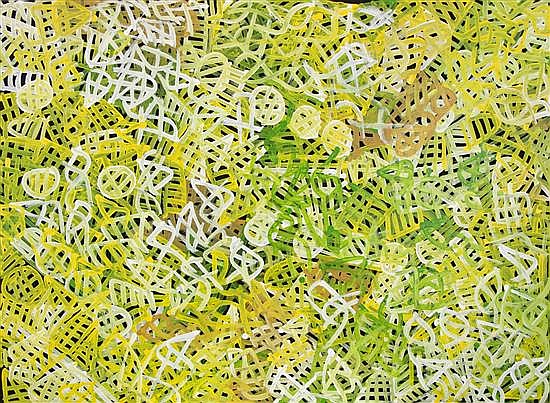 Emily Pwerle (pronounced Pooh-la, also spelled Apwerl, Pwerl, Pula), is the sister of another very well known artist, Minnie Pwerle, and comes from the area of Utopia, also known as Urauntja, which lies 300 km northeast of Alice Springs. Emily was encouraged to paint by Minnie's daughter, Barbara Weir, also a high profile artist, and in 2004, together with her sisters Molly and Galya, began their first workshop at the Ulotja Outstation, which continued on, with a major workshop run every six weeks. During the workshops all artists, including Minnie, would come together and work on a collaborative canvas as well as their own individual canvas. The sisters live together at Irrultja, a tiny settlement at Utopia which is home to about 100 people. In their paintings, the sisters draw on the same dreaming as Minnie and Barbara. One of their important dreaming is the bush tomato (Solanum Chippendale), whose name in Alyawarr is Anemangkerr (pronounced similarly to numun-gurra). The circular shape which appears in many of Emily's canvases represents the bush tomato -although the seed of the bush tomato is bitter and poisonous, the flesh is an important staple food throughout Utopia and other parts of Central Australia.

Another dreaming painted by the women is the northern wild orange (Capparis Umbonata), known in Alyawarr as Akarley (pronounced a-kar-li). This fruit grows on a shrub about 3.5m high with weeping foliage and white flowers, and the fruits hang on long stalks, turning yellow or reddish at maturity.

The women also paint a commonly occurring plant which has provided a staple food for Aboriginal people in Utopia for thousands of years. This plant is Portulaca oleracea, or munyeroo. The Alyawarr word for this plant is lyaw.

The other important dreaming for these painters is the dancing tracks which are made in the sand during women's ceremony, or awelye. Through their awelye ceremonies, women pay homage to their ancestors, show respect for their country and dance out their collective maternal role within their community. A design based on these dancing tracks is painted on women's bodies before a ceremony is performed, and this same design can be seen today in the women's works on canvas. Ochre, charcoal and ash are all used to paint designs on the women's upper bodies, and Pwerle women paint their chests, breasts and upper arms for awelye in ochre, red and white. The designs they use have been passed down for many generations, and only the Pwerle or Kemarre owners can paint them.

The depth and linear complexity of Emily's paintings have their origins in the separate dreaming symbols which she brings together on each of her canvasses. Emily often paints three dreamings at once, overlapping the symbols for each one until a web of lines and shapes is formed.

View All Emily Pwerle for Sale at Auction Now 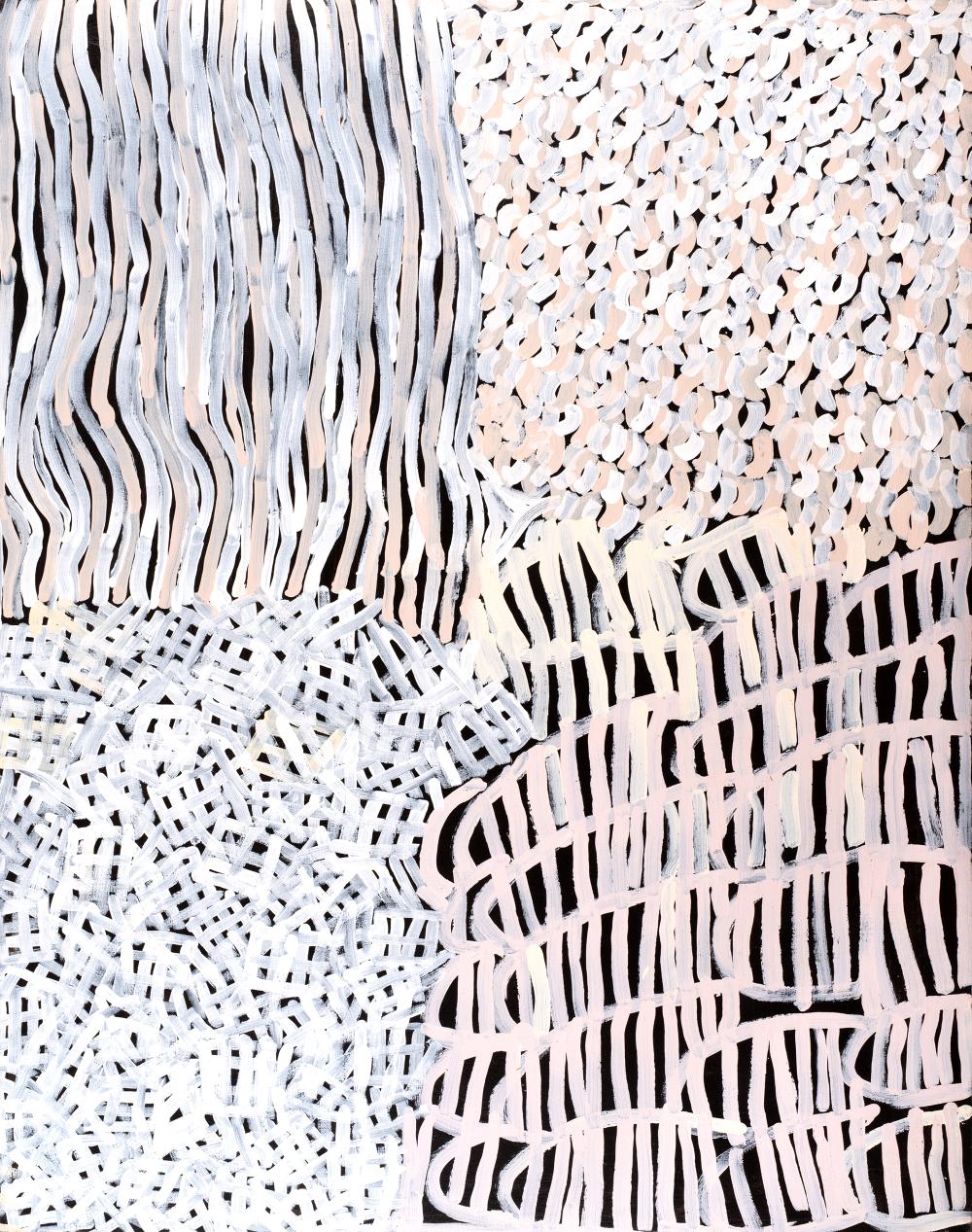 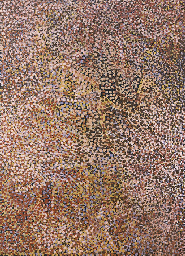 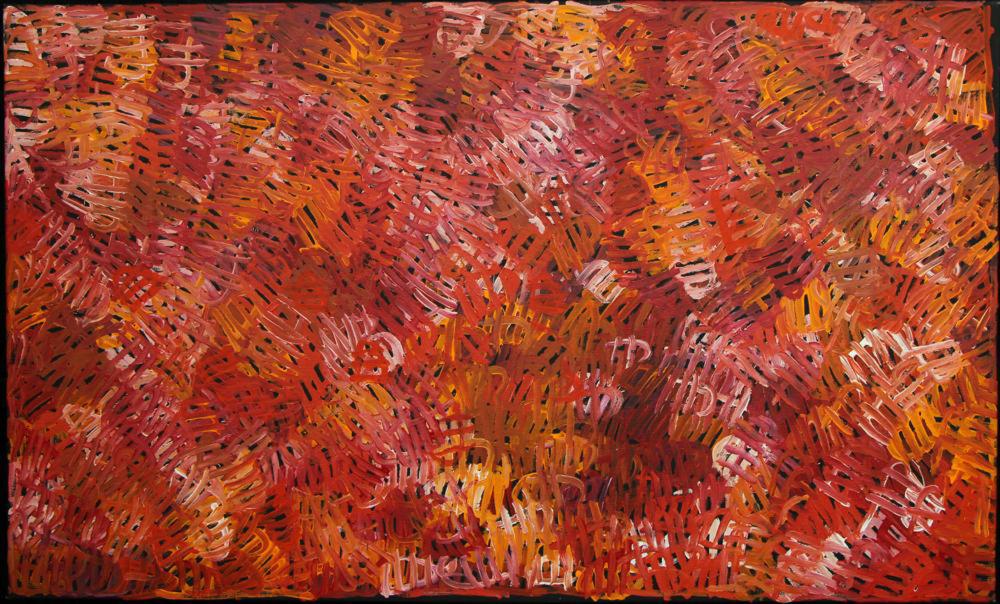 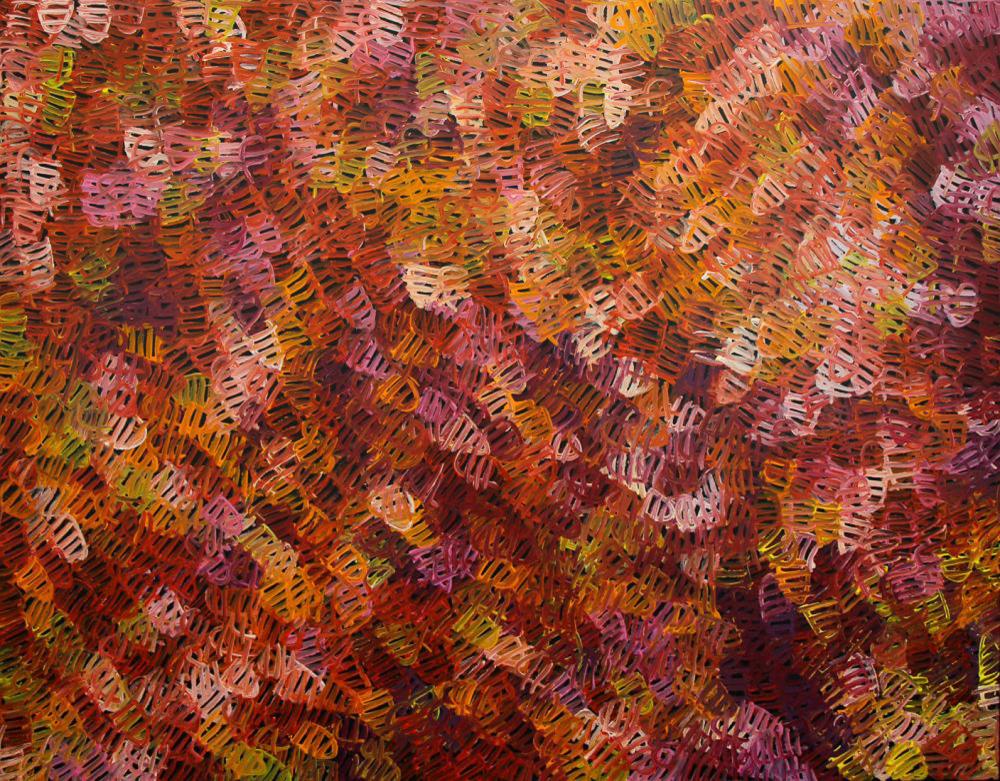 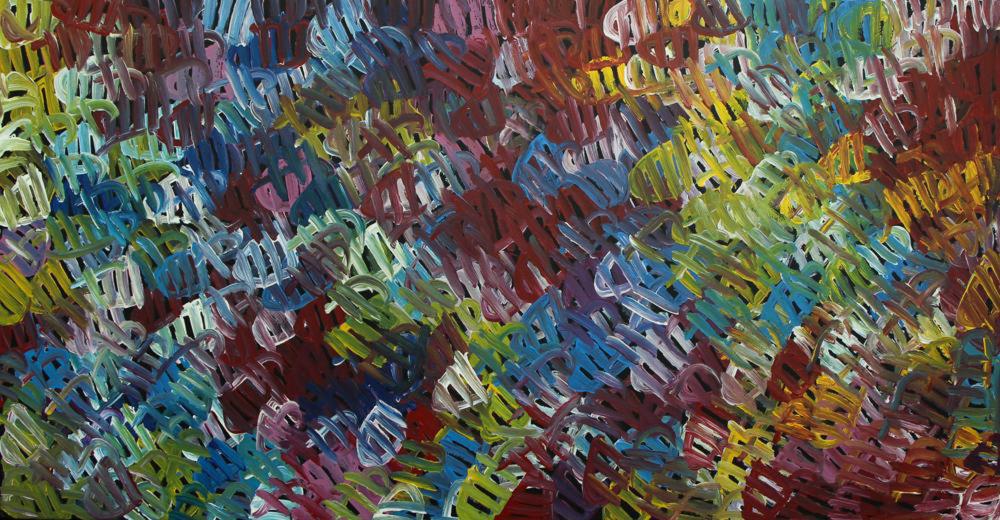 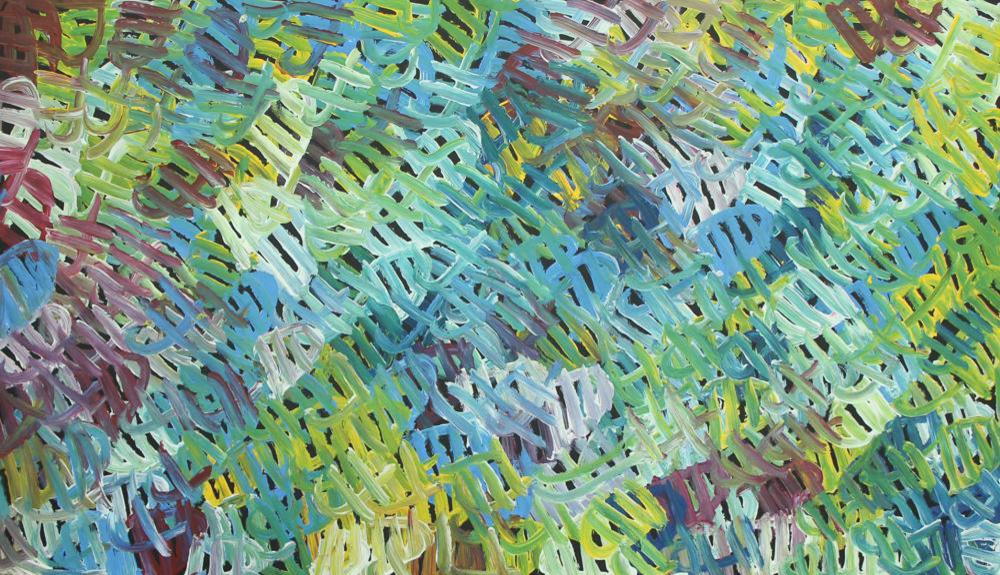 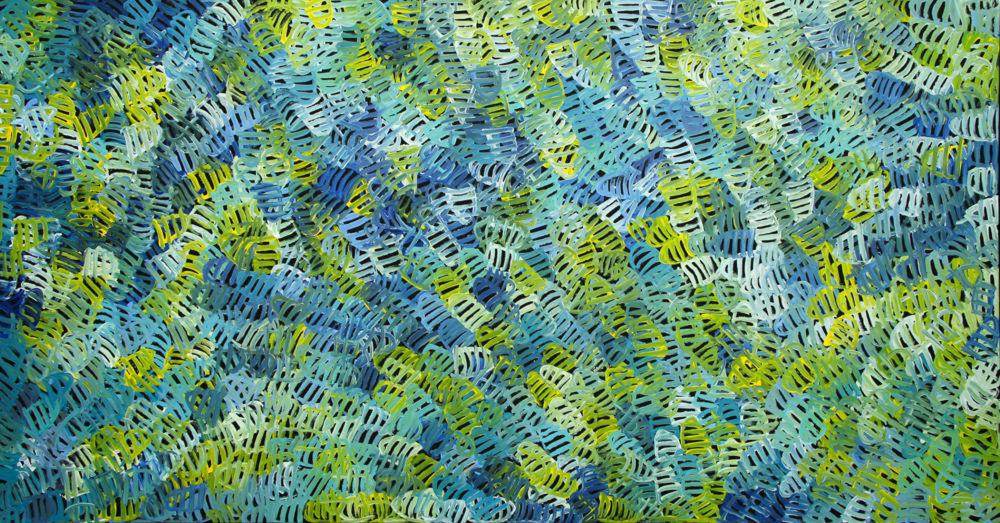 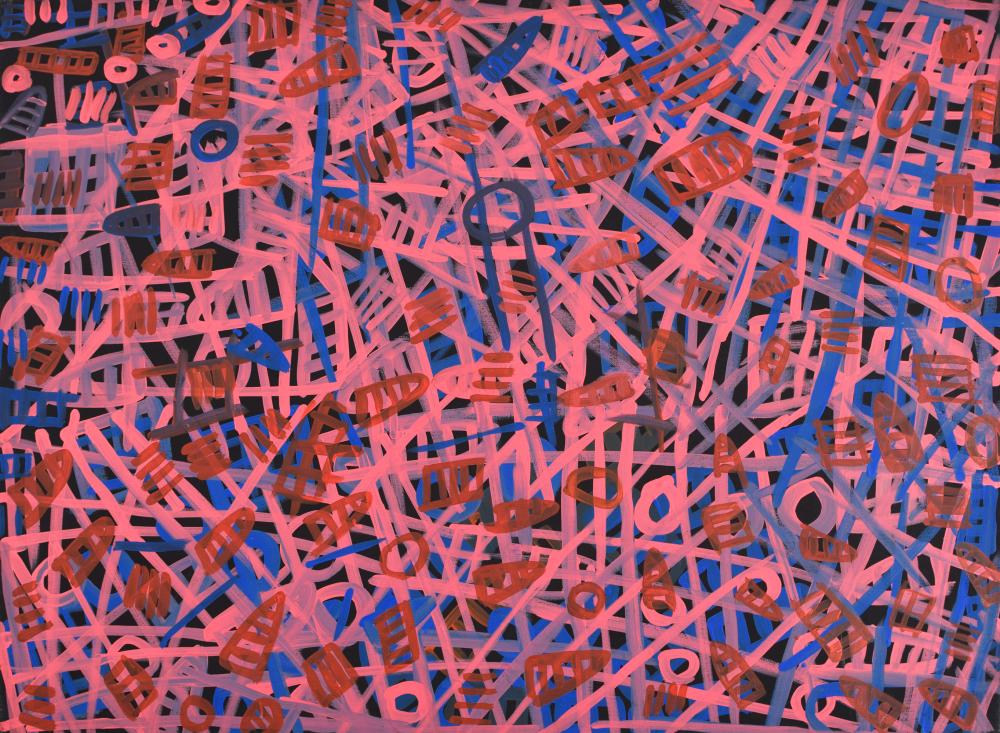 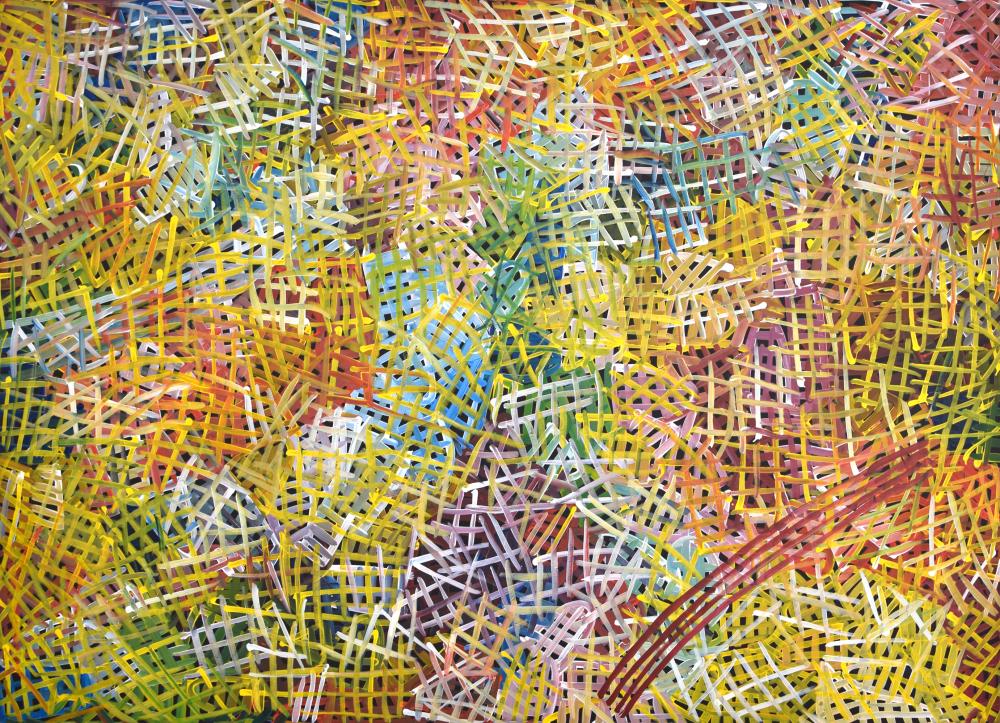 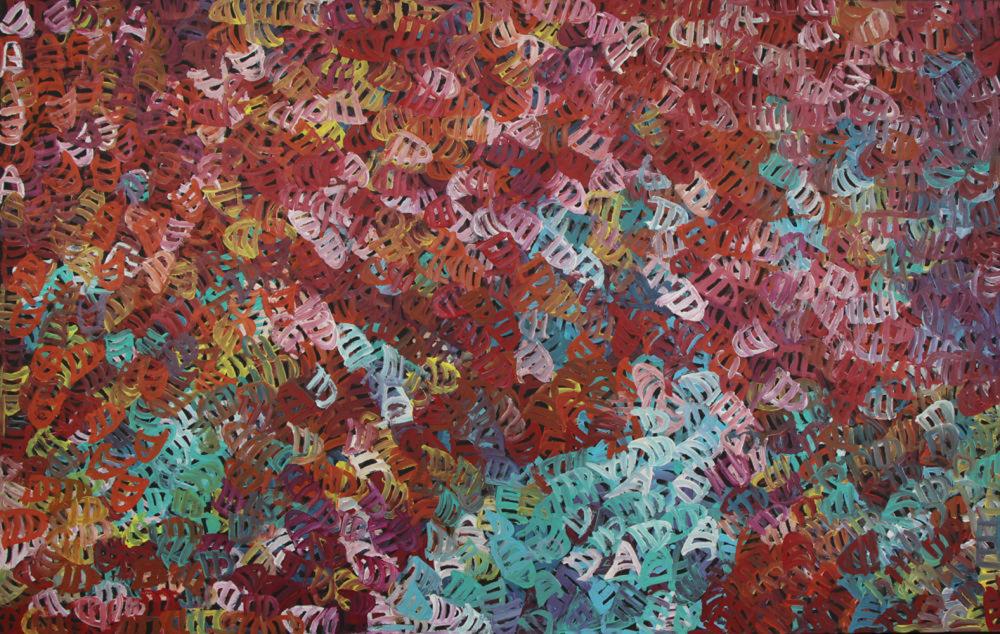 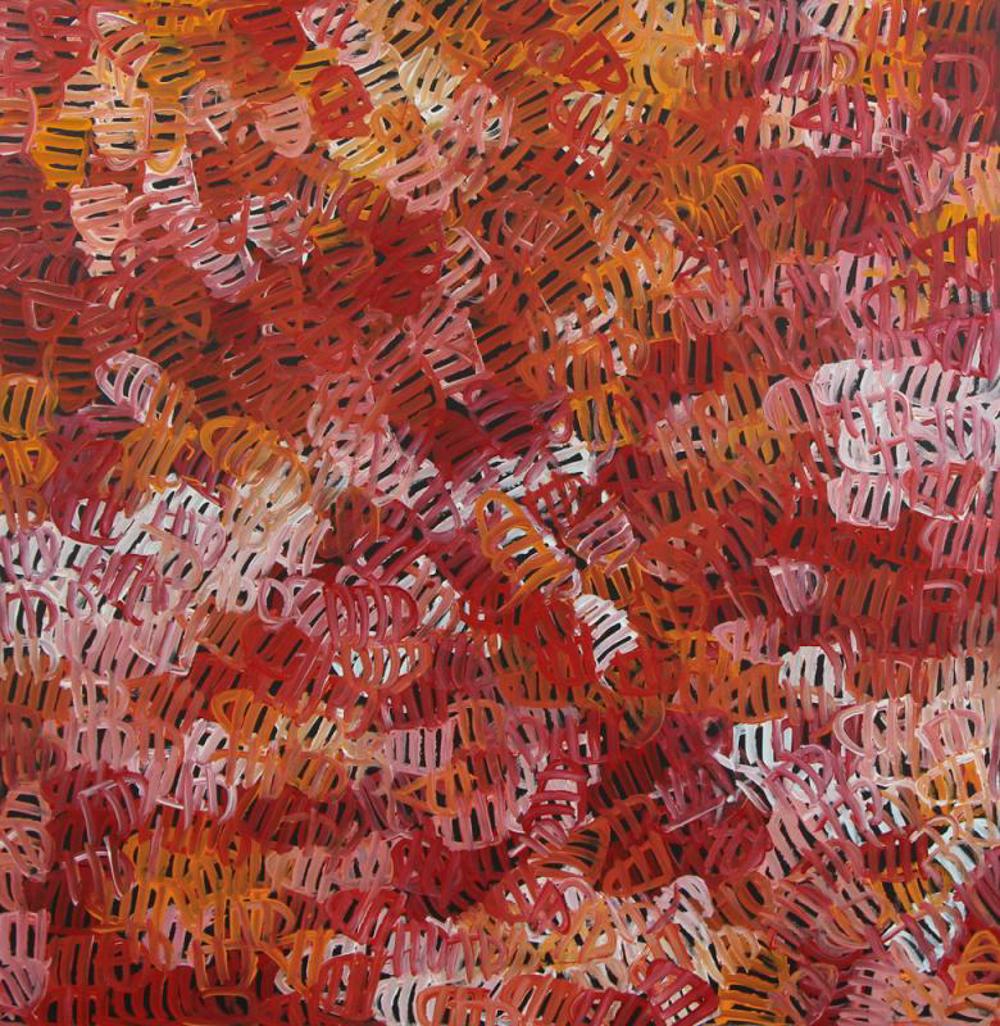 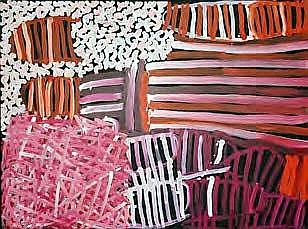 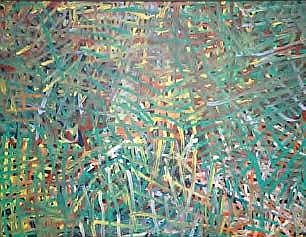