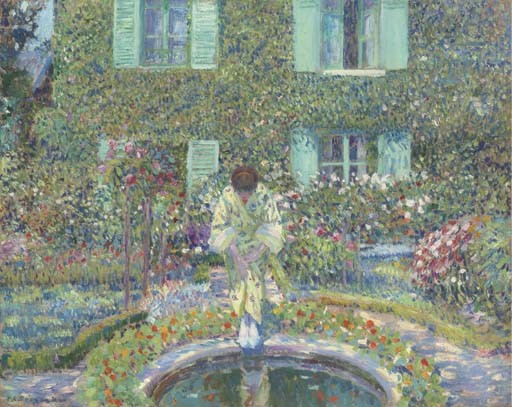 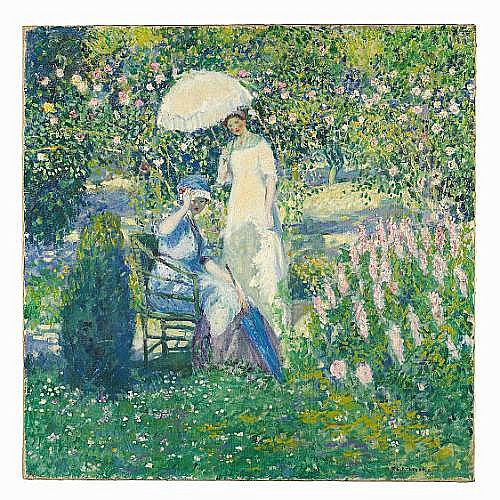 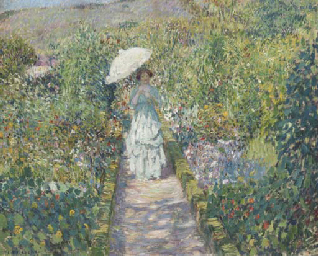 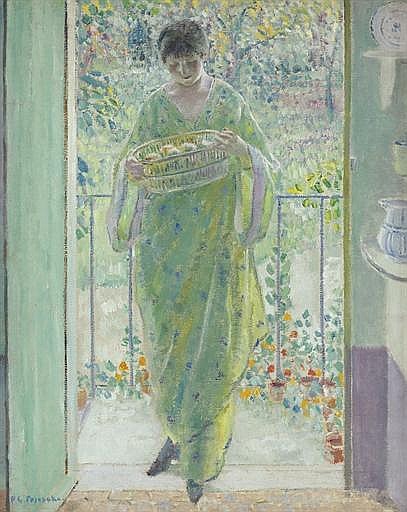 (b Owosso, Michigan,1874; d Le Mesnil-sur-Blangy, France, 1939) American Painter. Frederick Carl Frieseke, a graduate from the Art Institute of Chicago, moved to Paris in 1898 to study at the Acadèmie Carmen. There he met James Abbott McNeill Whistler, an influential mentor in Frieseke’s early career. In the summer of 1906, Frieseke settled in Giverny where the landscape, sunshine, and freedom to paint as he wanted inspired him to remain for almost two decades. Giverny was an artist colony led by French Impressionist Claude Monet that had been favored by American artists including Theodore Butler, Willard Metcalf, Richard Miller, Theodore Robinson and Guy Rose. After arriving in Giverny, Frieseke lived in Theodore Robinson's former house, next door to Monet. The intricate and extravagant garden of the French Impressionist painter had a significant impact on Frieseke.* This blending of an American Impressionist style with typically French subjects resulted in Frieseke's prominence at home and abroad** Following the end of WWI the artist relocated to Normandy in 1920. The artist began experimenting with a darker palette and practiced with the effects of chiaroscuro. His ability to play with light and technique and imbue his models with an air of independence continues the venerable art historical tradition of female representation and positions the artist as one of the most venerated American Impressionist painters of women.*** Highly successful throughout his lifetime, Frieseke acquired the praise of many of his contemporaries and accepted a number of awards throughout America. (Credit: Christie’s, New York, Important American Paintings, May 25, 2006, Lot 56; **Christie’s, New York, Important American Paintings, December 2, 1998, Lot 30; ***Christie’s, New York, Important American Paintings, May 21, 2008, Lot 60.) 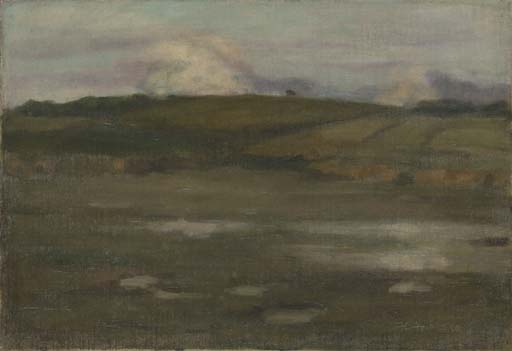 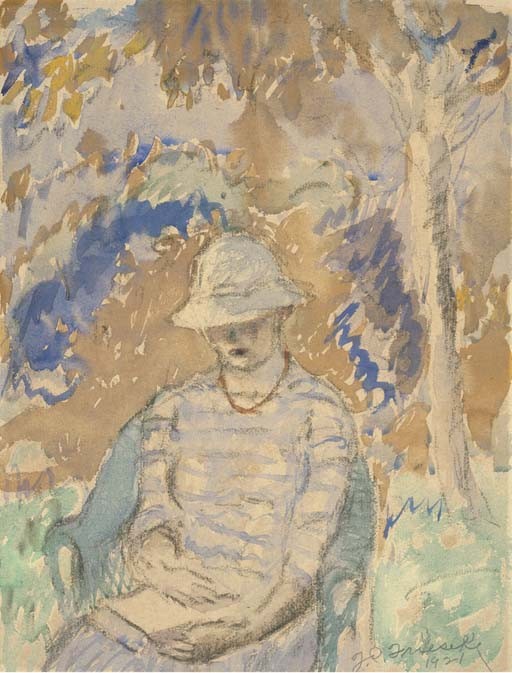 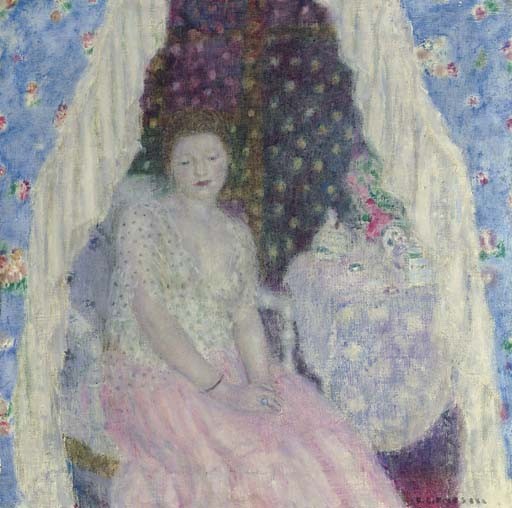 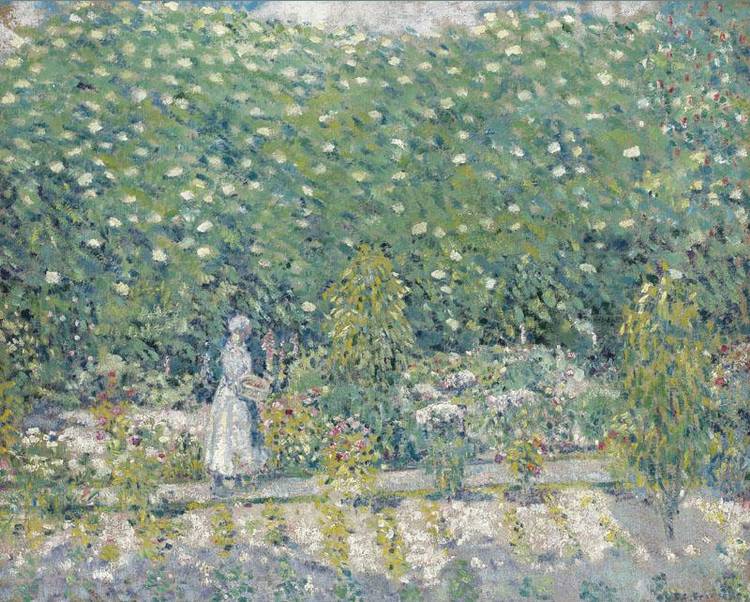 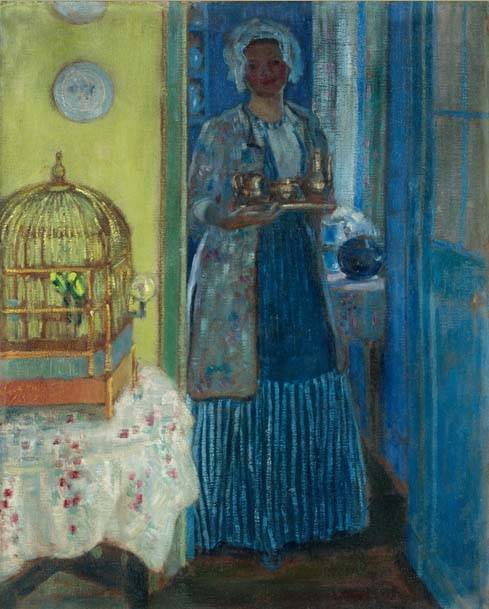 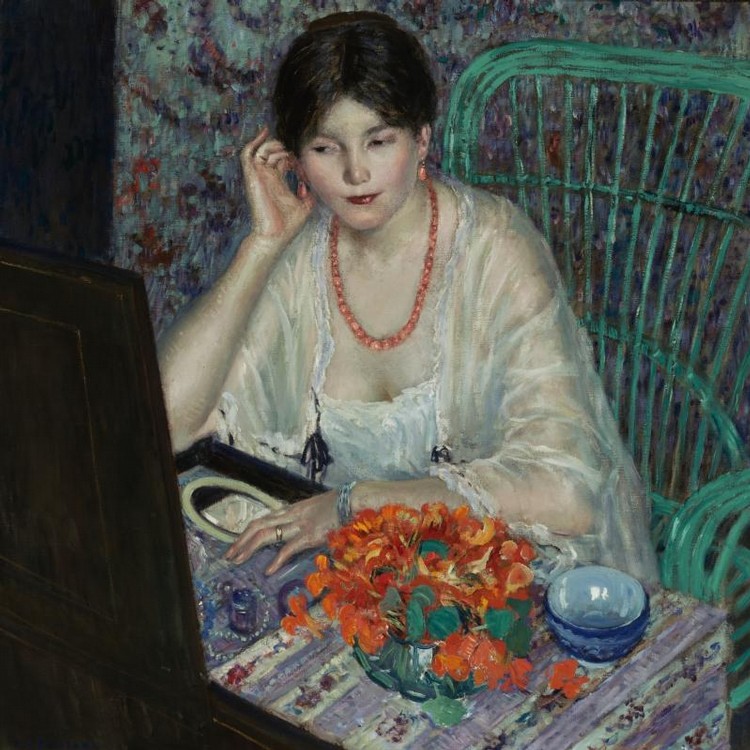 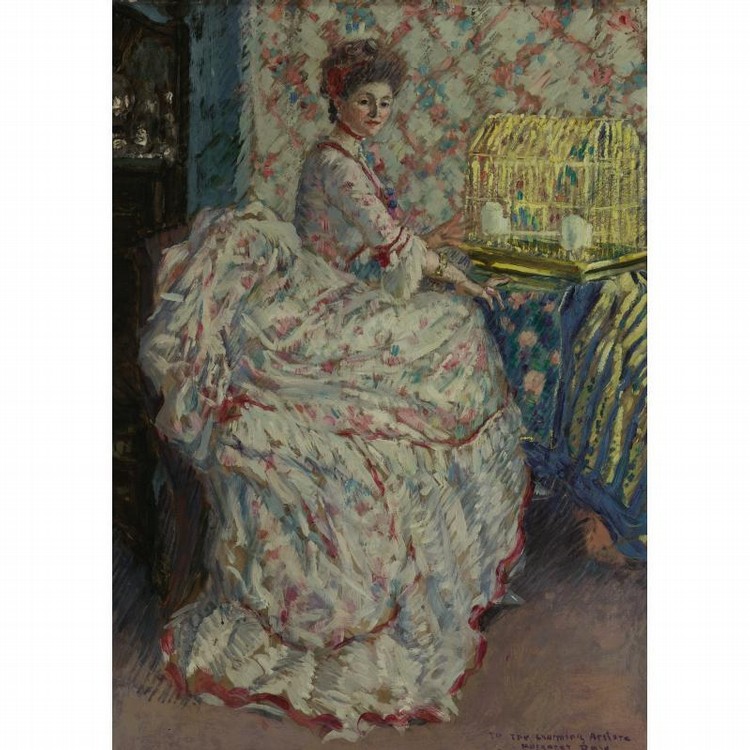 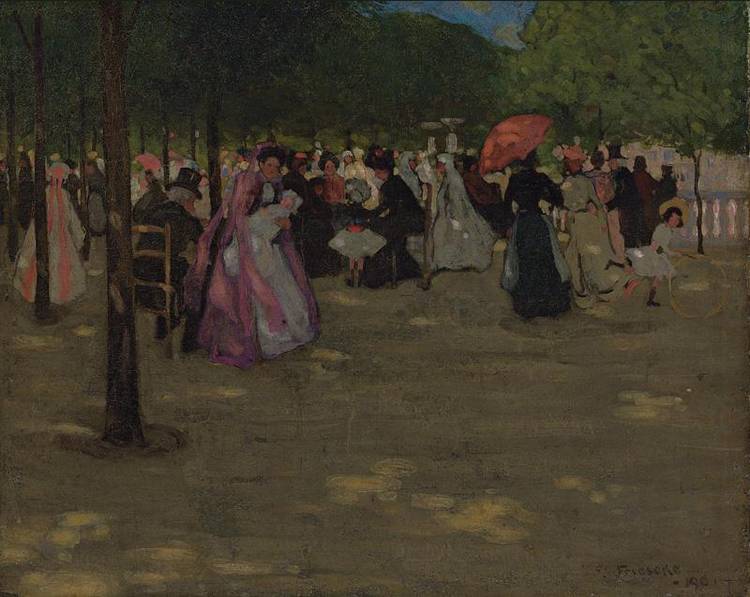 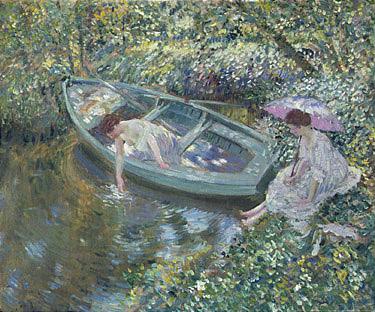 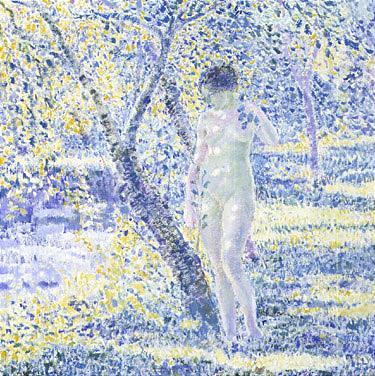 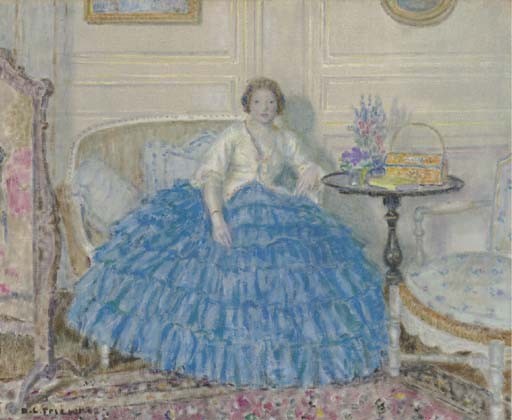 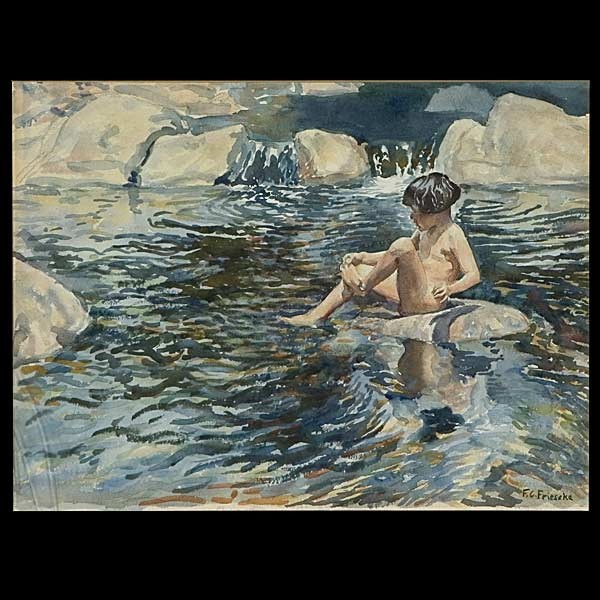