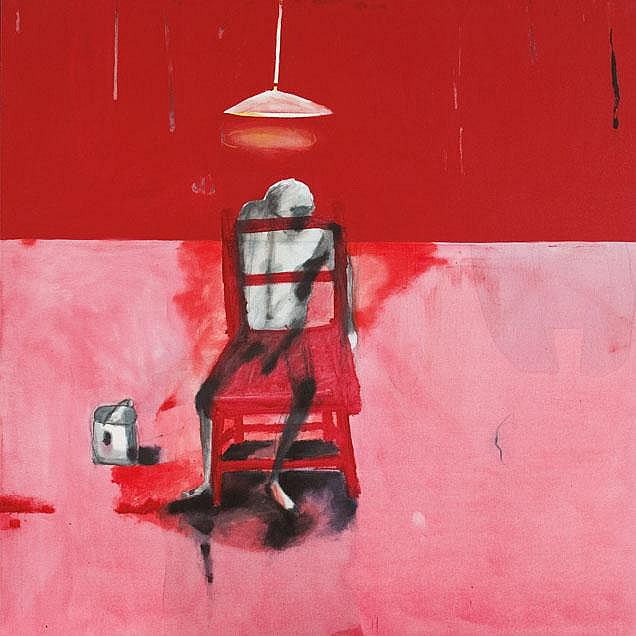 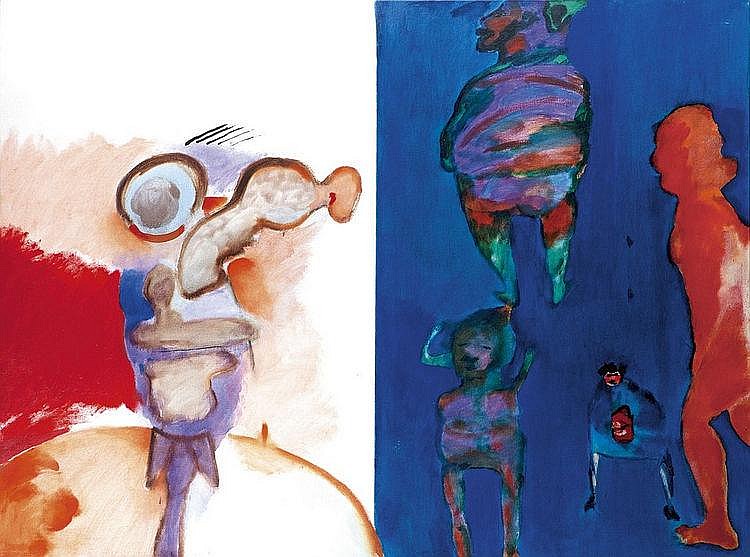 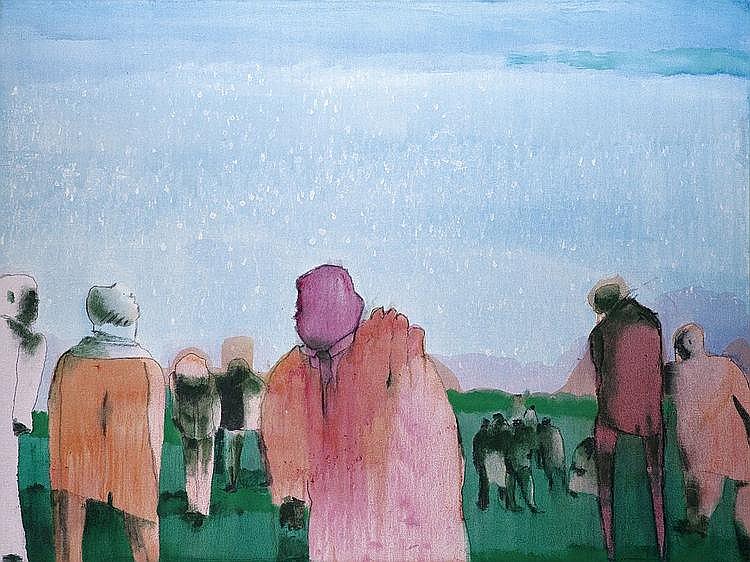 In 1944 he returned to England, and studied art and education at Goldsmiths College, University of London, where he received an arts and crafts certificate in 1951 and a National Diploma of Design in painting in 1953.[1]

He returned to South Africa, where he taught at the Pretoria Technical College School of Art from 1954. From 1962 he was a journalist and critic for Newscheck magazine. He lectured in painting at the University of the Witwatersrand, Johannesburg, from 1966 to 1983.[1]

Hodgins worked using a variety of paint media, including oils, acrylic paint and tempera. he had been exhibiting since the 1950s but did not come to wider attention until the early 1980s.[1] In 1980 and 1981 he had produced a series of paintings based on Ubu, the main character in the play Ubu Roi, who became a recurring subject of his art.[2]

View All Robert Griffiths Hodgins for Sale at Auction Now 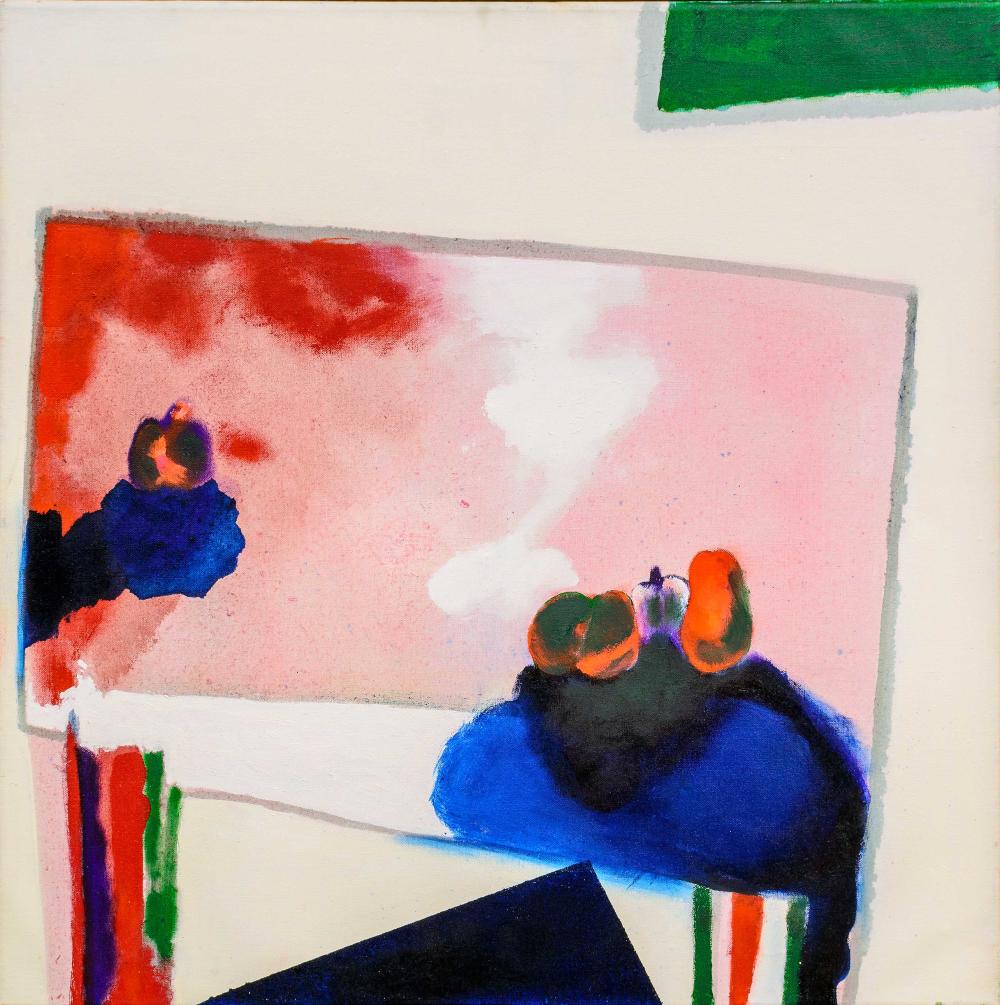 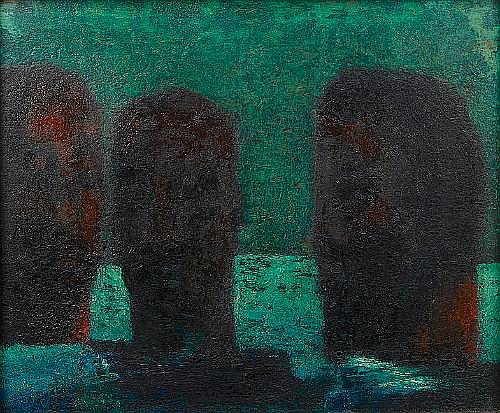 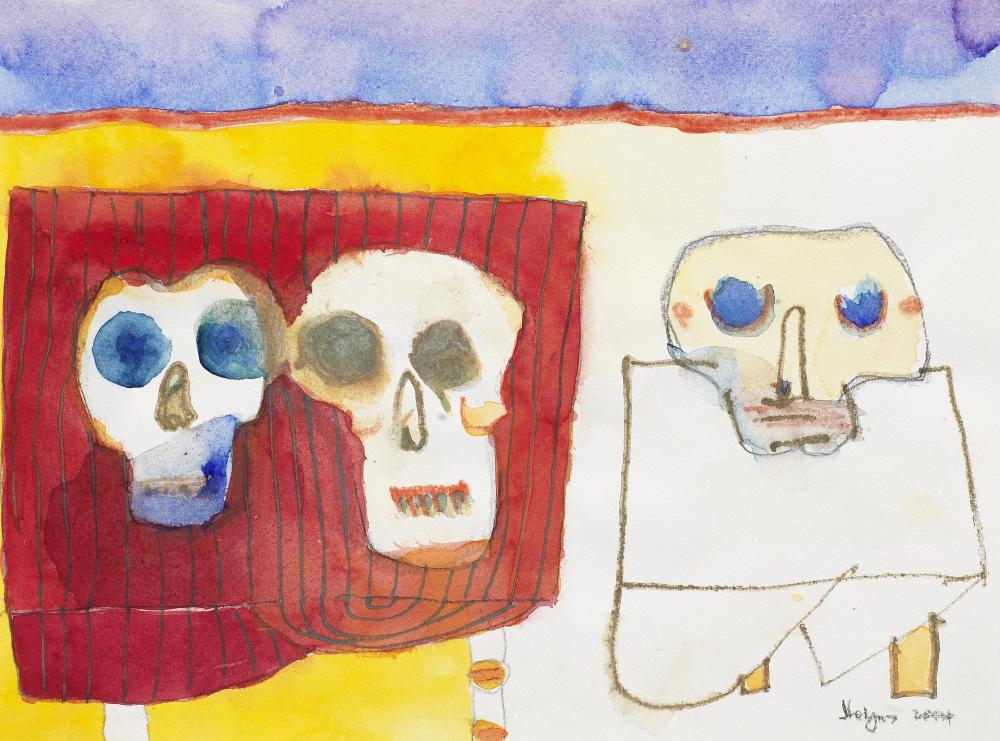 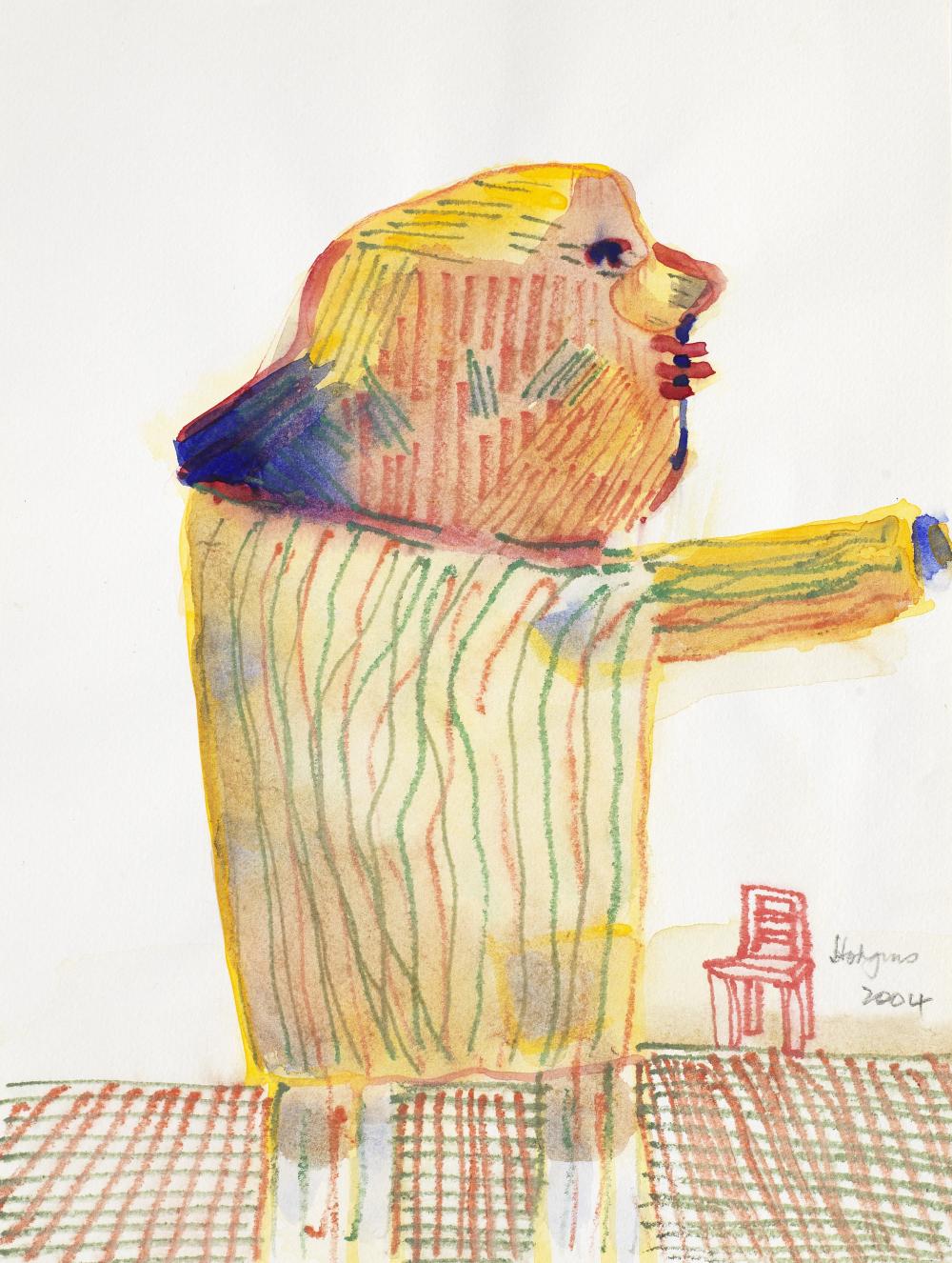 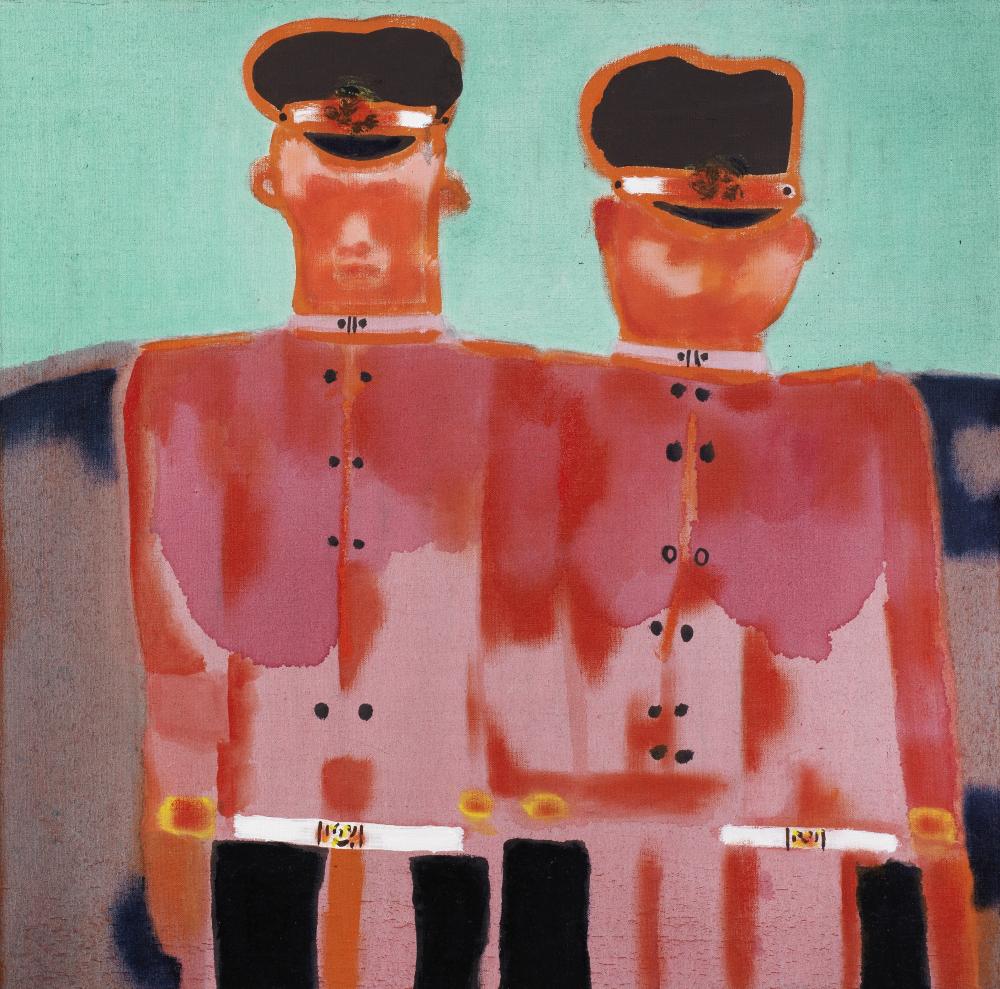 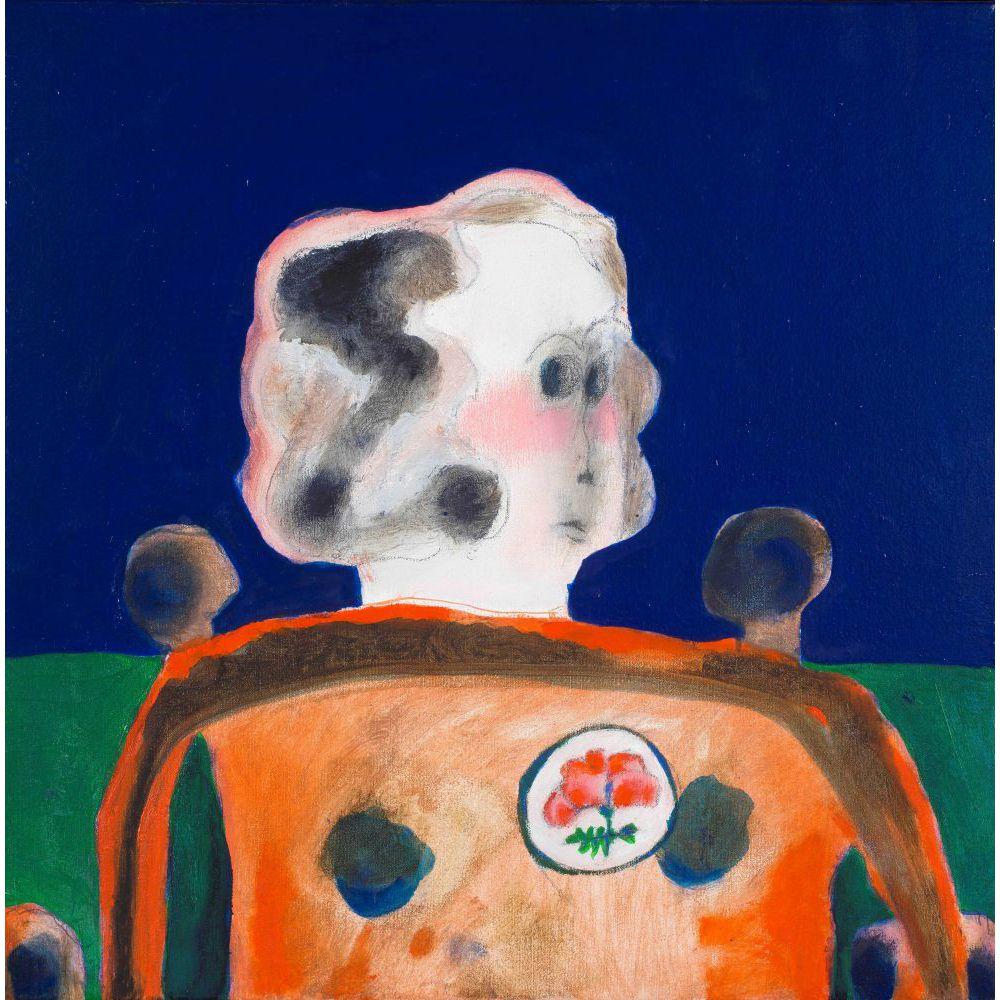 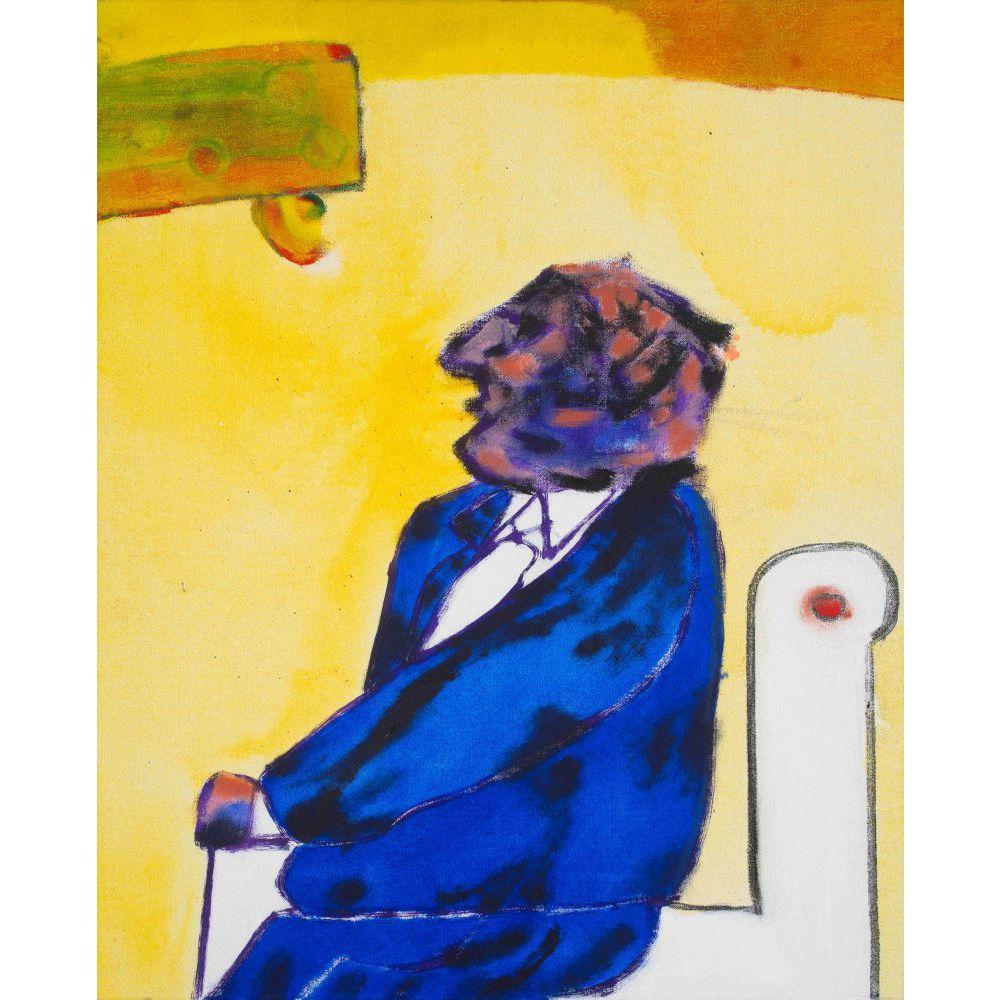 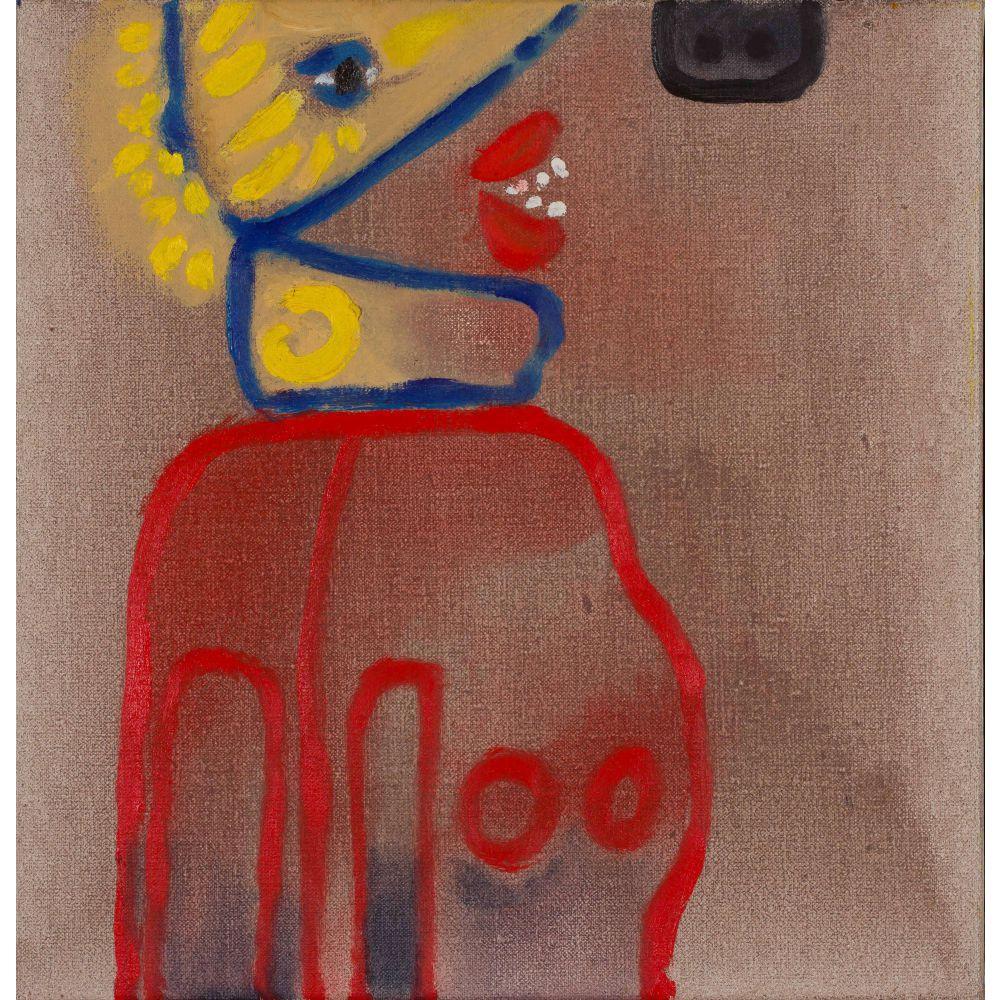 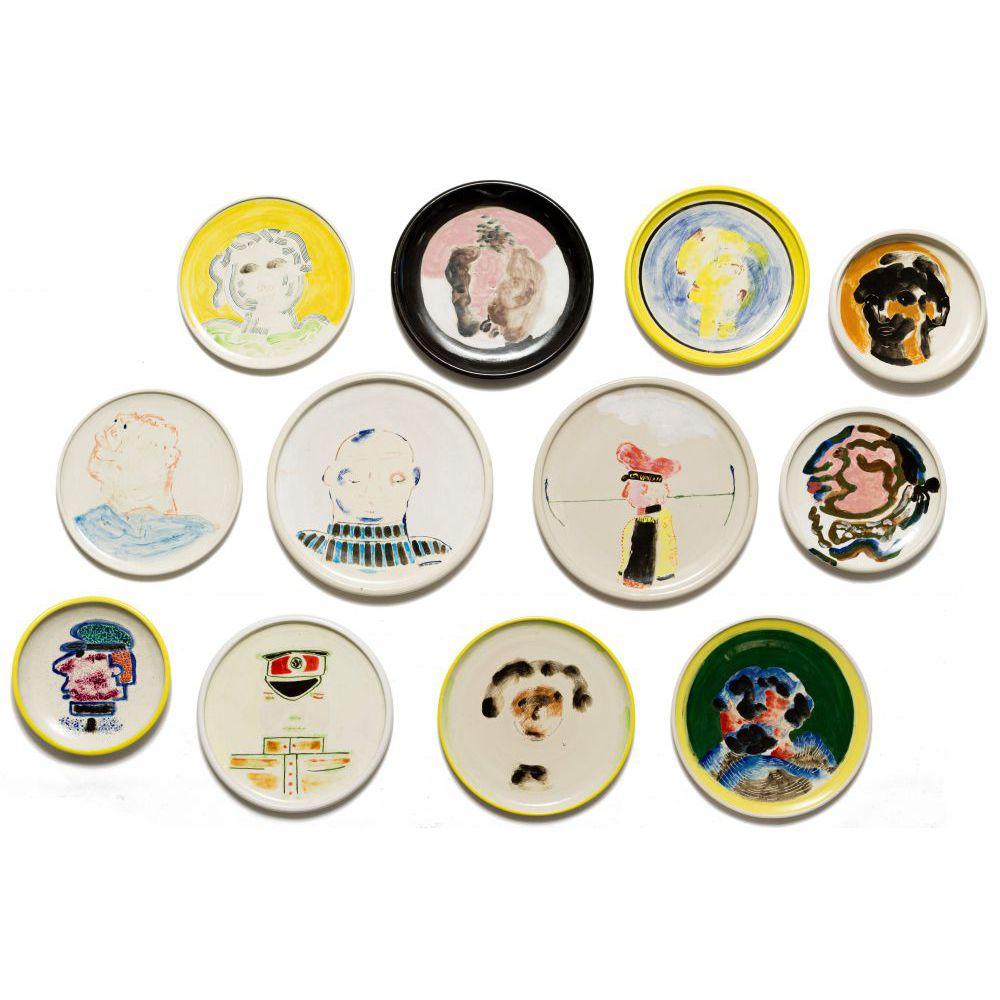 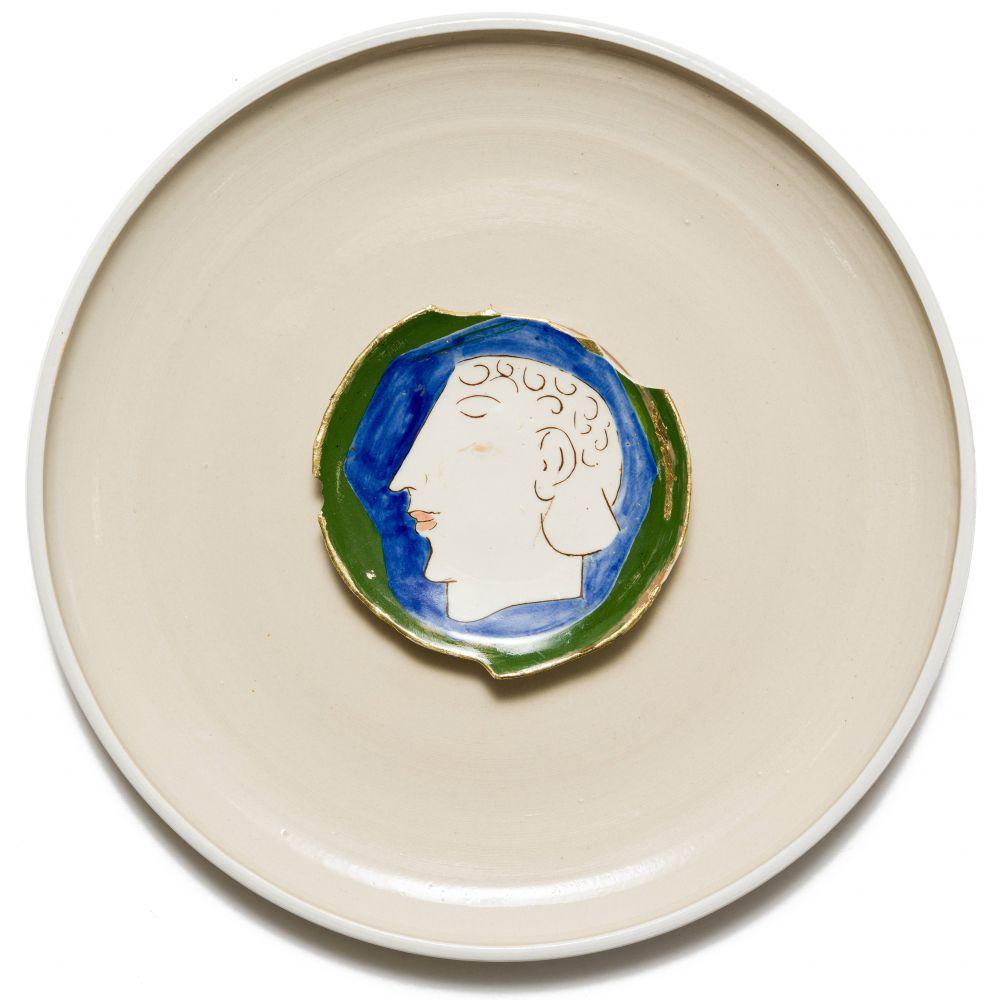 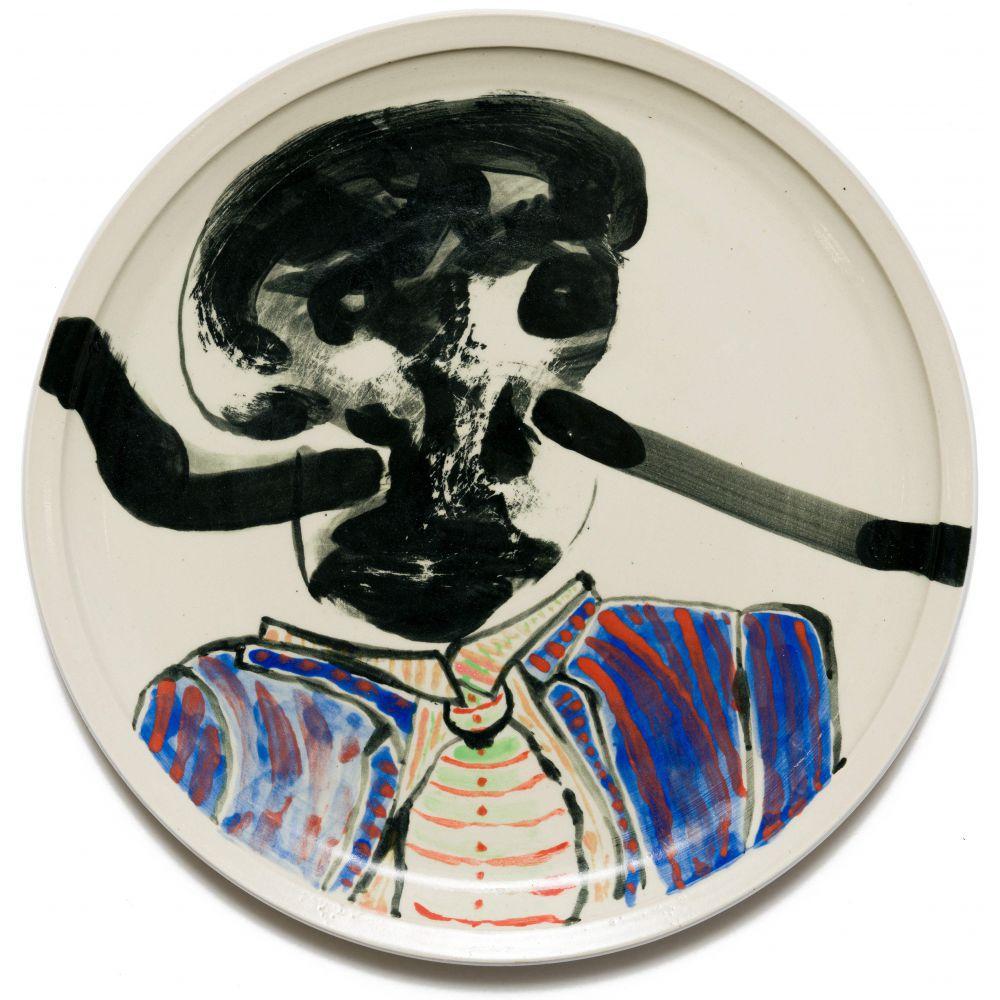 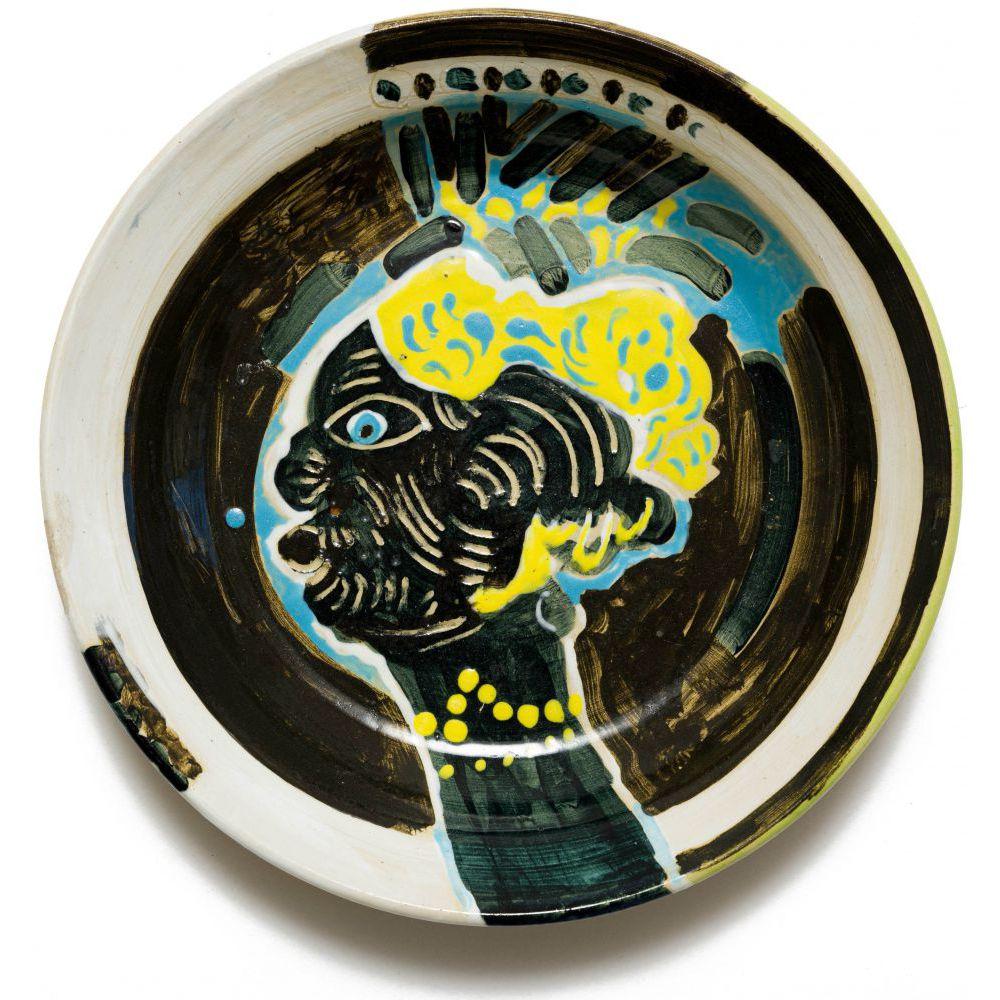 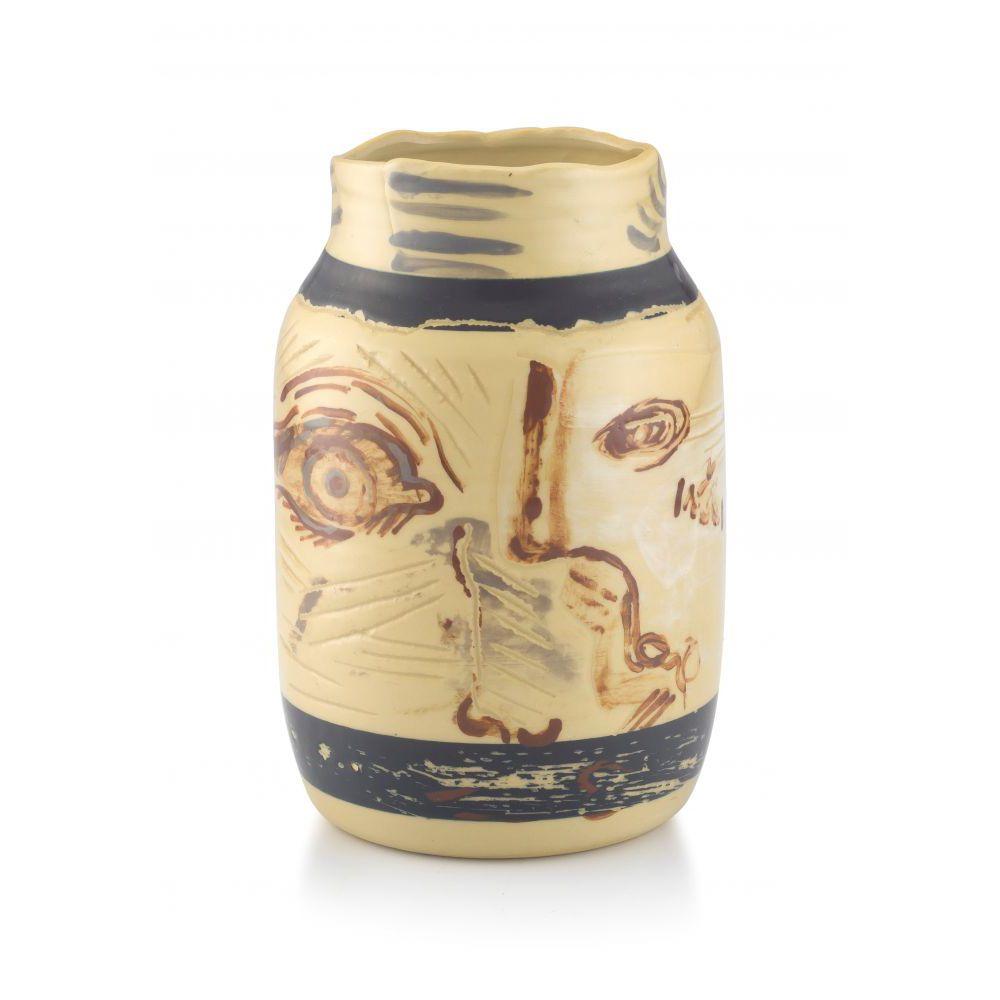