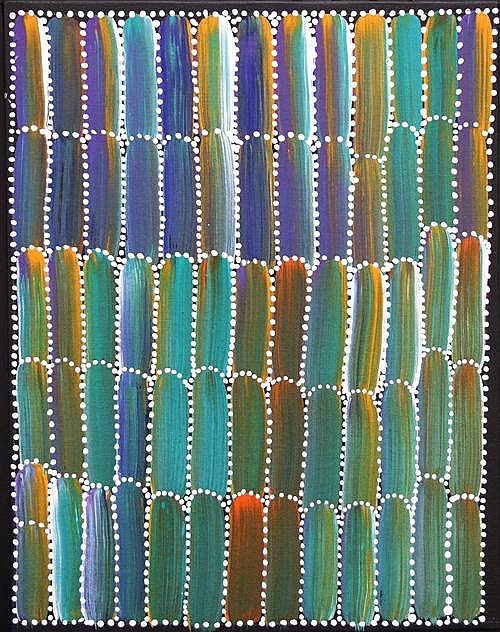 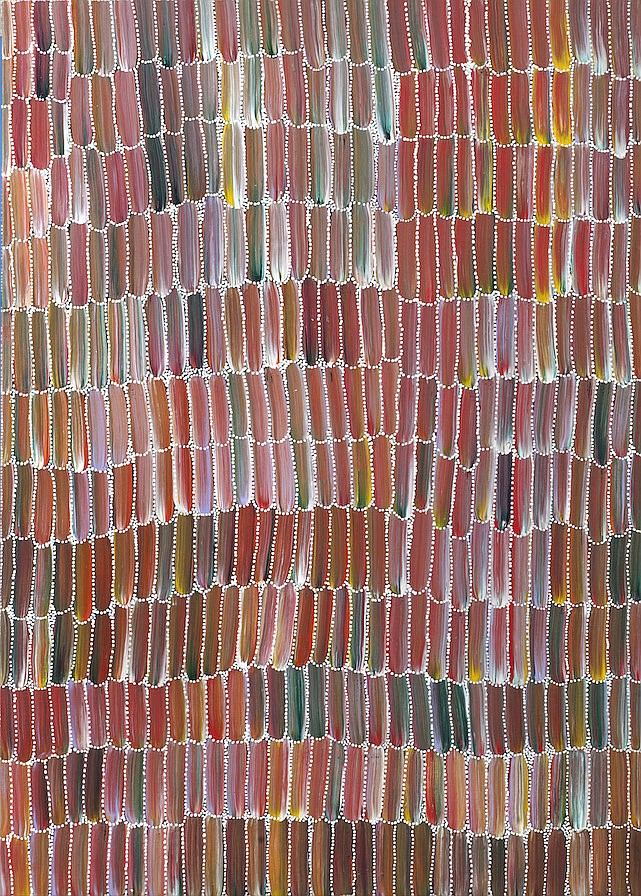 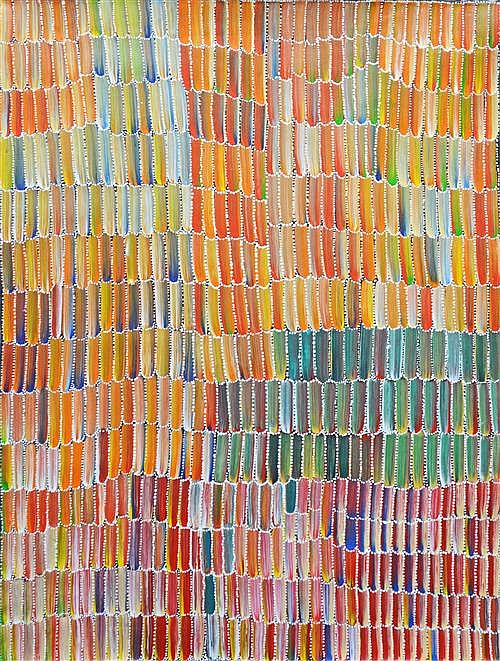 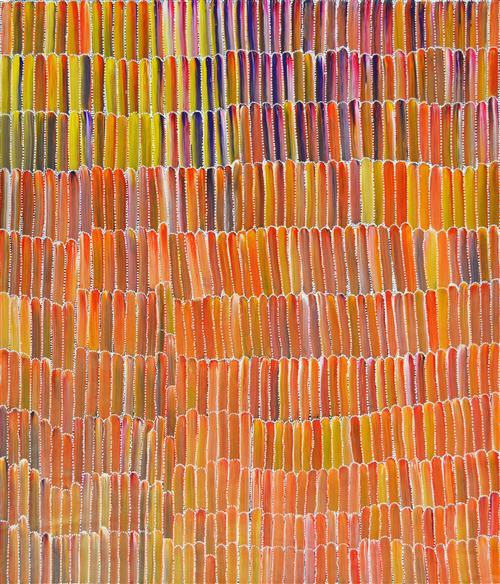 In her paintings Jeannie Mills Pwerle represents the tuber of the yam, which the women dig from the soft sands around the river banks or in open country. When the yams are in season, the women can collect a large billy can full of tubers in a short time. The Yam plant grows as a vine or shrub which makes pink flowers after summer rains. Jeannie Mills Pwerle paints the tiny seeds of the yam flower which surround the yam tuber in her paintings.

Jeannie Mills Pwerle participated in the ‘Colours of Utopia’ exhibition at Japingka Gallery in 2006, and has been a regular contributing artist since then. Jeannie Mills Pwerle is represented in major national collections including in the National Gallery of Australia in Canberra and the Holmes à Court Collection in Perth. Aboriginal art status – Established artist.


Jeannie Mills Pwerle lives in a remote bushland area of Utopia, 300kilometers North East of Alice Springs with a small family group of Aboriginal people. Her mother is Dolly Mills Petyarre and her uncle is Greeny Purvis Petyarre (both of whom are well known artists). Raised by a generation of indigenous artists who were part of the batik producing generation of the 1970s, Jeannie was exposed to the success that these artists experienced as they began to experiment with acrylic on canvas. Jeannie inherited the Yam Dreaming from her mother, however as an artist, she has depicted this dreaming in a unique style which is all her own.

Jeannie's subject matter is the flower and seeds of the Anaty (Bush Yam, or potato). Using a variety of colours in each brush stroke, she builds up a pattern of harmonious (and occasionally contrasting) colours, embedded in (or defined by) a multitude of fine white dots, usually executed with intricate detail. Her paintings capture the viewer's attention as their eyes meander across the canvas, enjoying the harmonies and subtle variations in each brush stroke - no two being the same.

Jeannie's Dreamings are centred on the seeds and blossom of the desert yam and on associated women's ceremony. Although the Bush Yam Dreaming is shared by several other Utopian artists, including the prominent artist Emily Kame Kngwarreye, Jeannie's works are unique to her and immediately recognisable. Her works and the variegated colour tones within them, make fascinating pieces in the home, because their colours subtly change, deepen or brighten with every nuance of the ambient light. They make excellent choices for interior design enthusiasts.

The yam is a staple part of the bush tucker diet of many indigenous people from the Central Desert region. It has an impressive root system, spreading up to twelve metres from the stalk, and is commonly found in woodland areas nearby a water source. Its bright green leaves and yellow flowers, can spread over quite a wide area, growing strongly until after the rainfall months when it is harvested by digging it out of the ground.

By depicting the Yam Dreaming in their paintings, indigenous artists are able to pay homage to this significant plant and encourage its continual rejuvenation.

AWARDS:
In 2008, Jeannie was one of the finalists in the important 25th Telstra Award for Aboriginal Art with her entry ?naty - Bush Yam.

COLLECTIONS:
Jeannie is successful midrange artist whose works are included in many private collections in Australia and overseas.

View All Jeannie Mills Pwerle for Sale at Auction Now 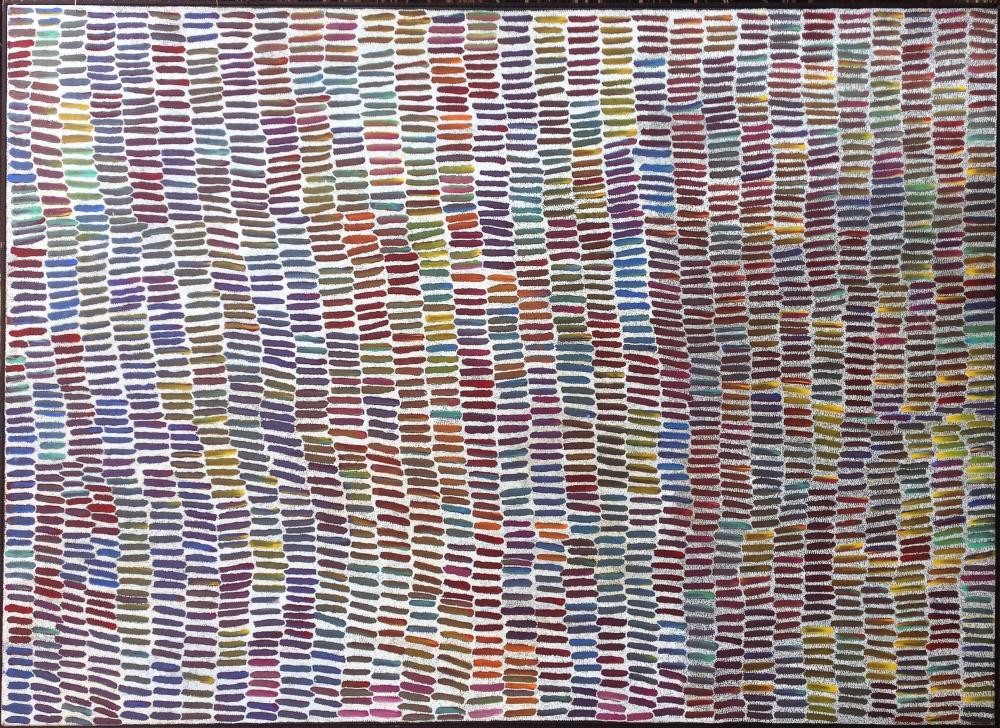 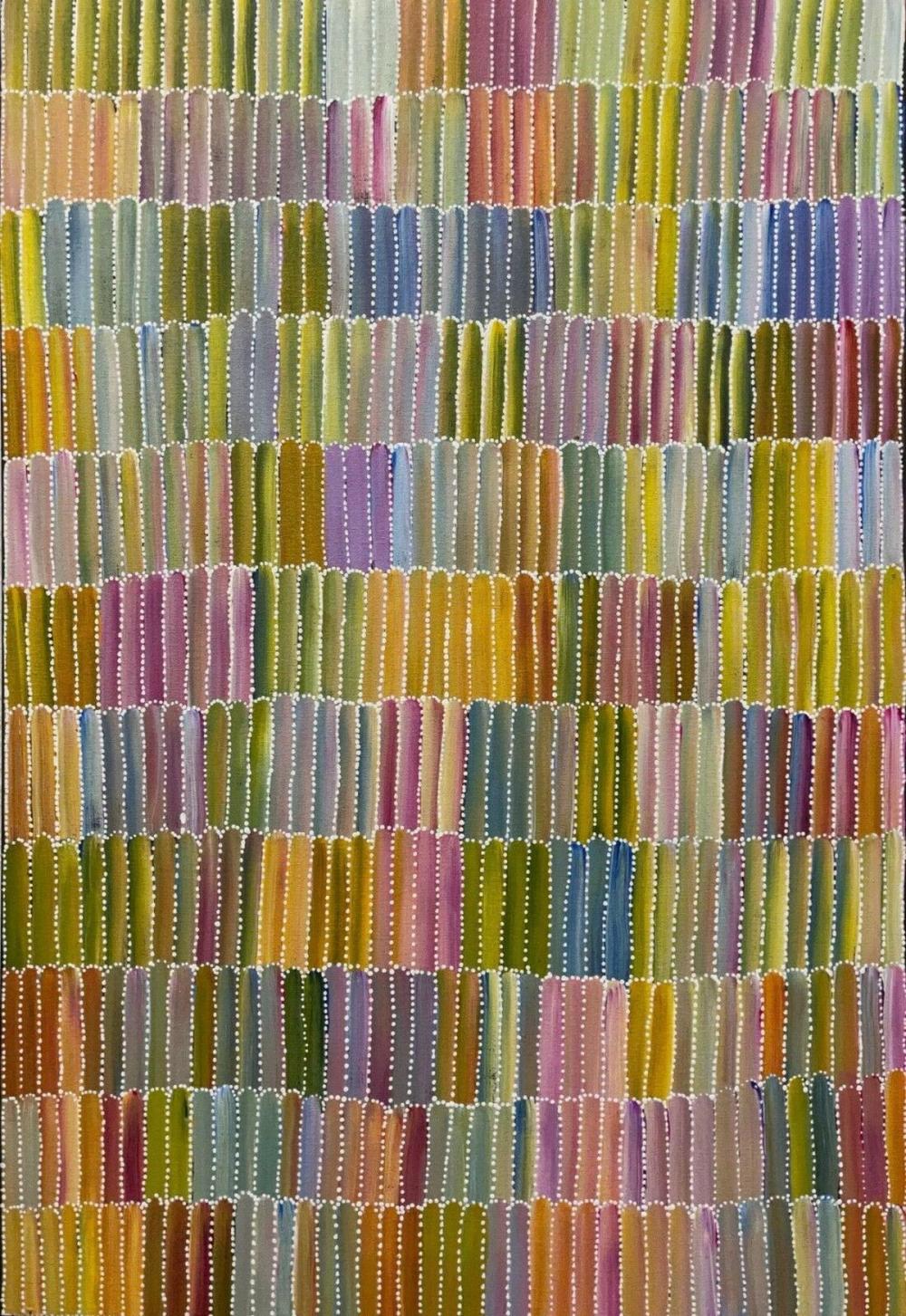 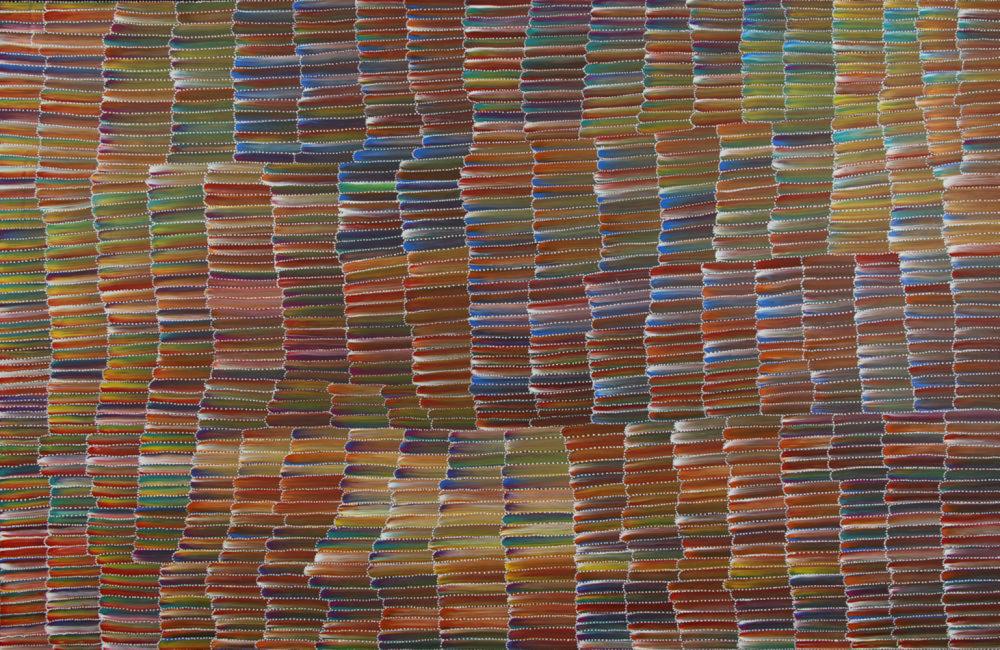 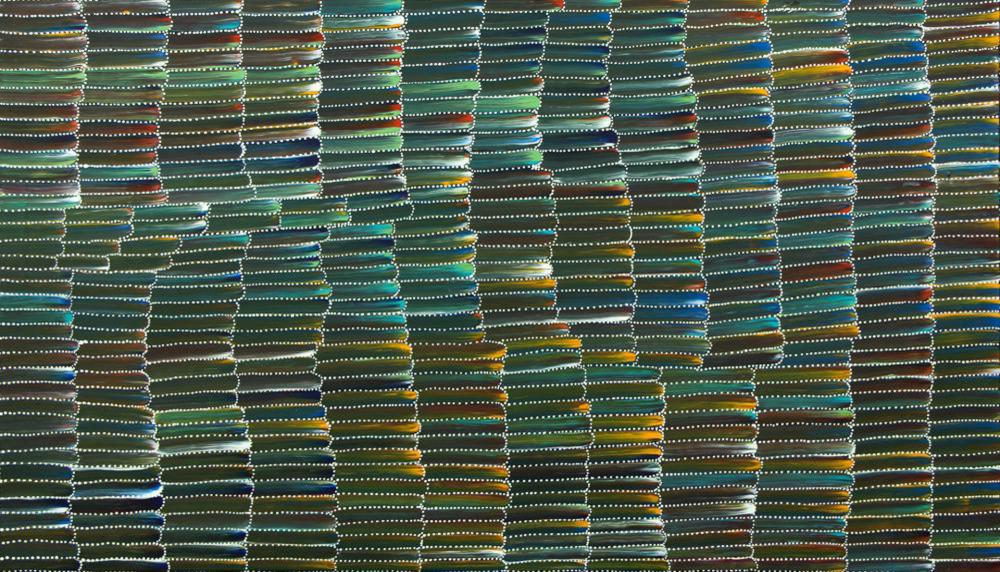 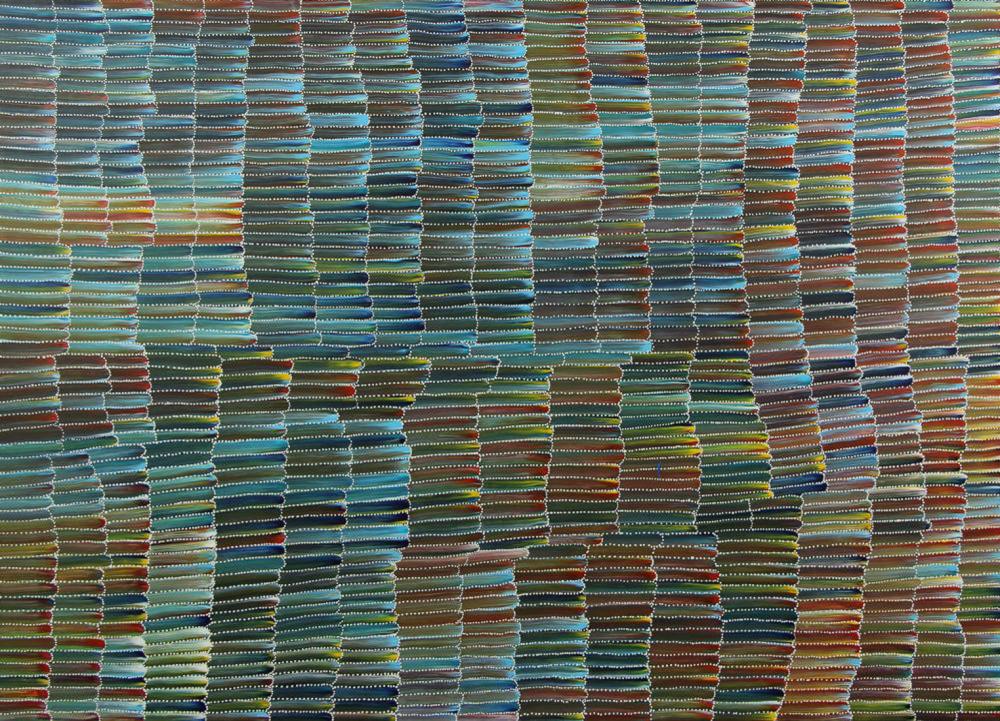 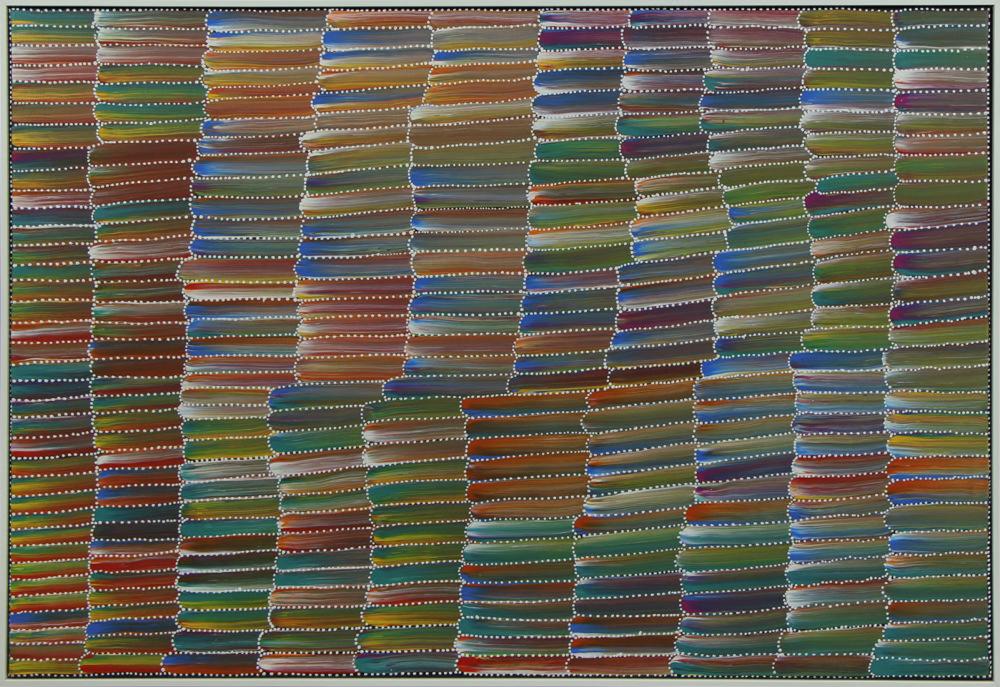 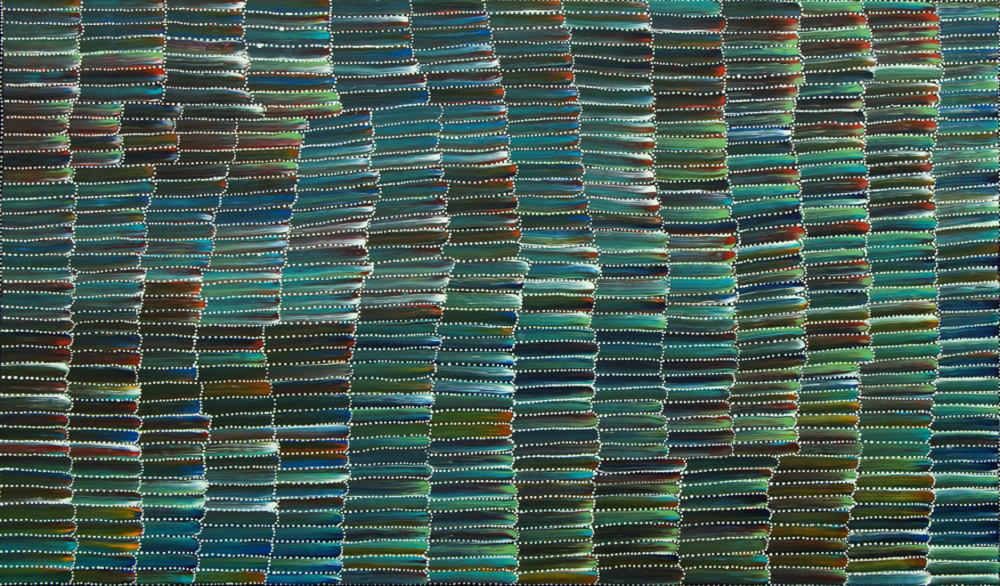 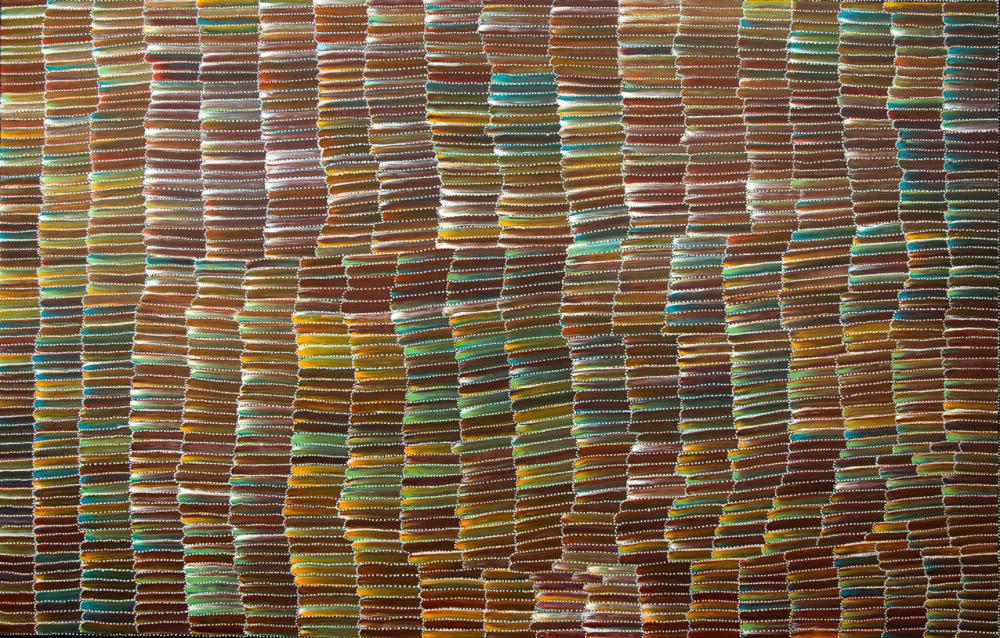 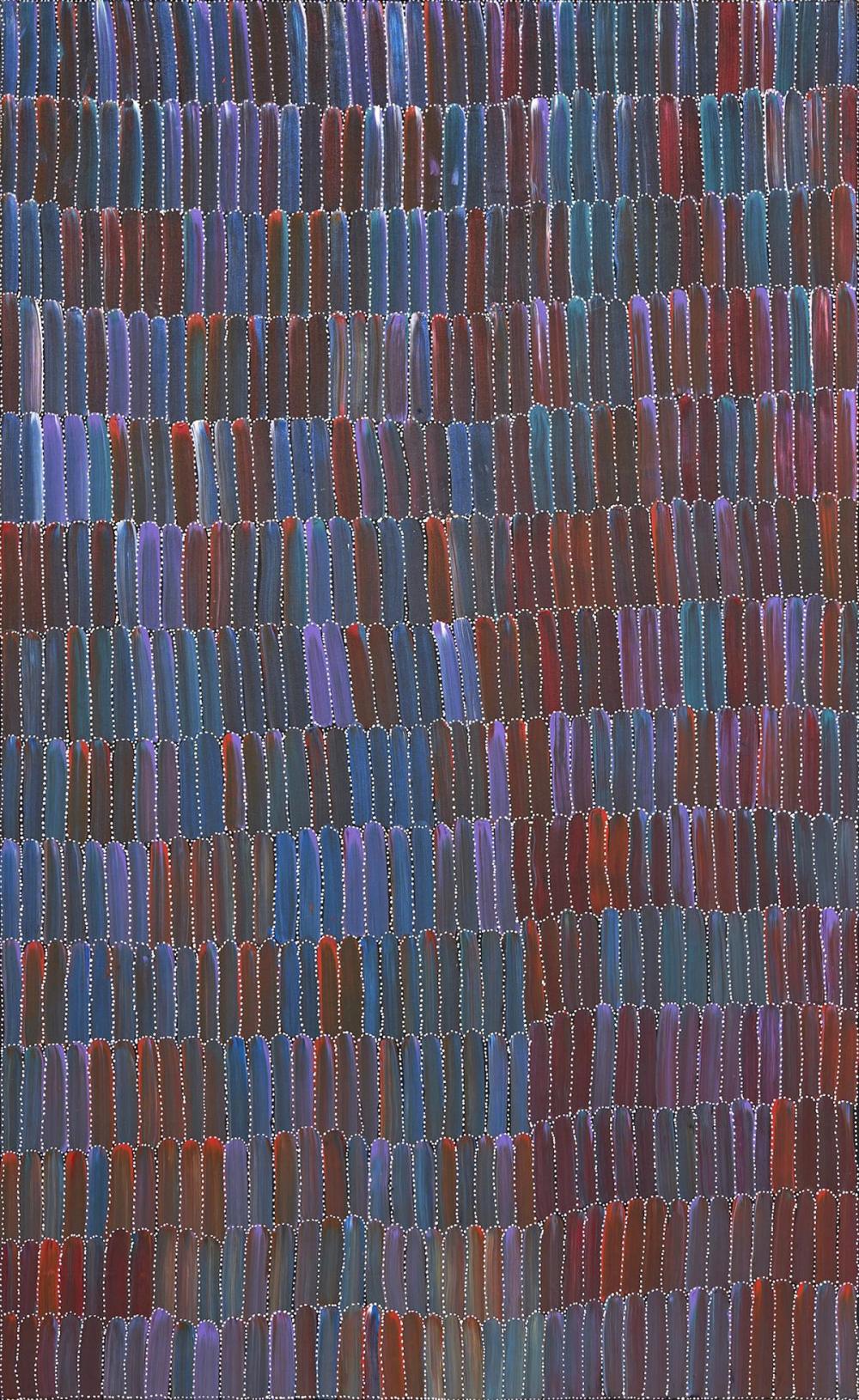 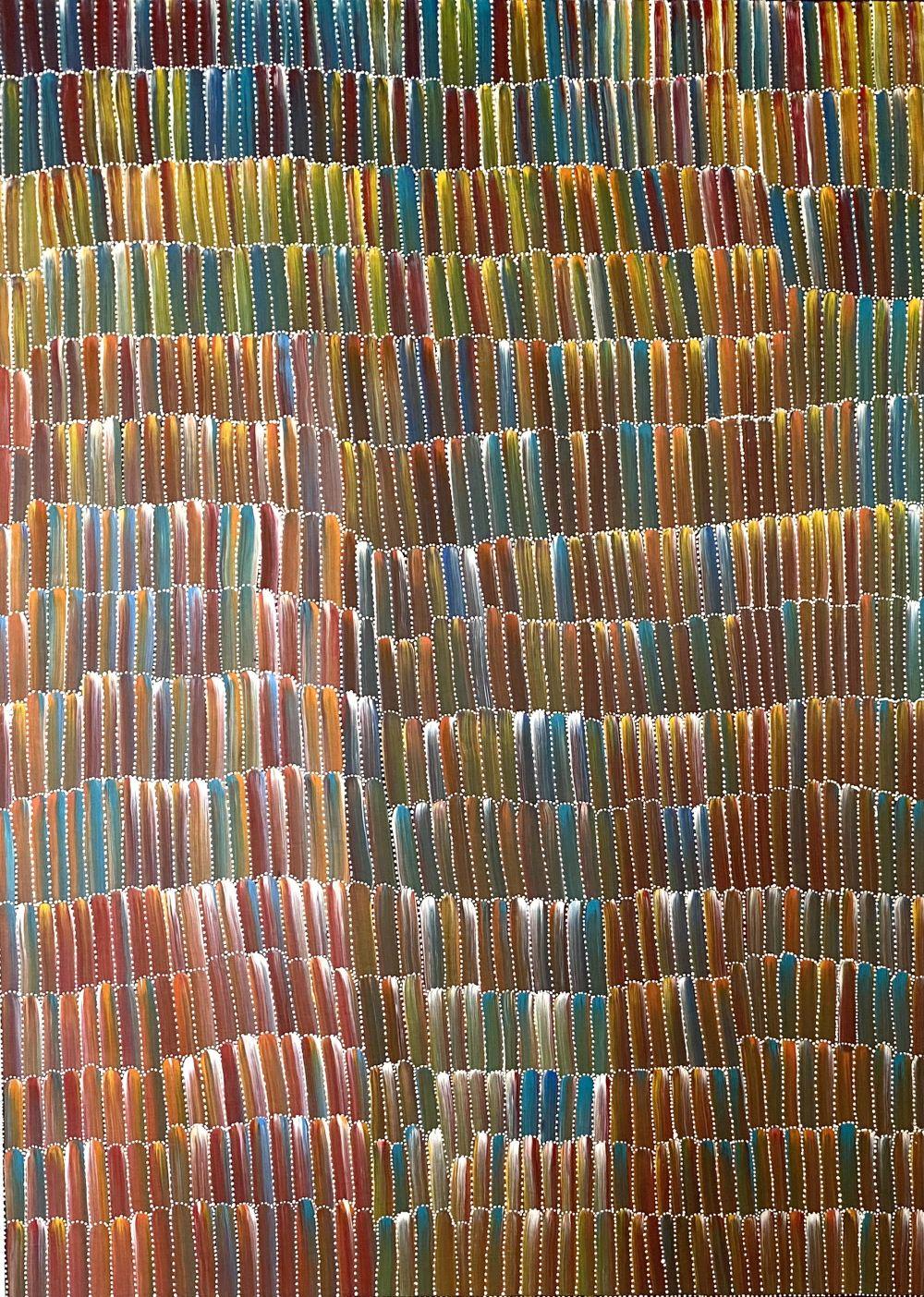 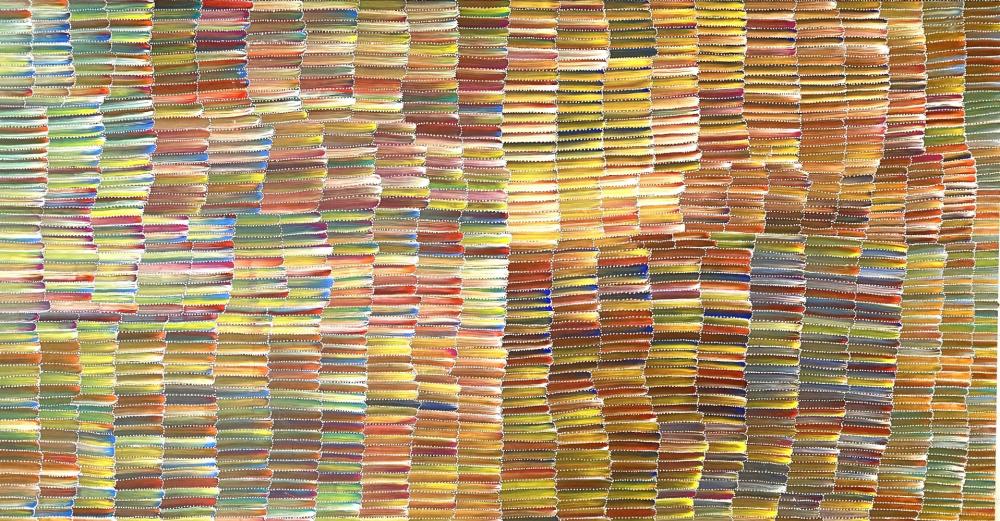 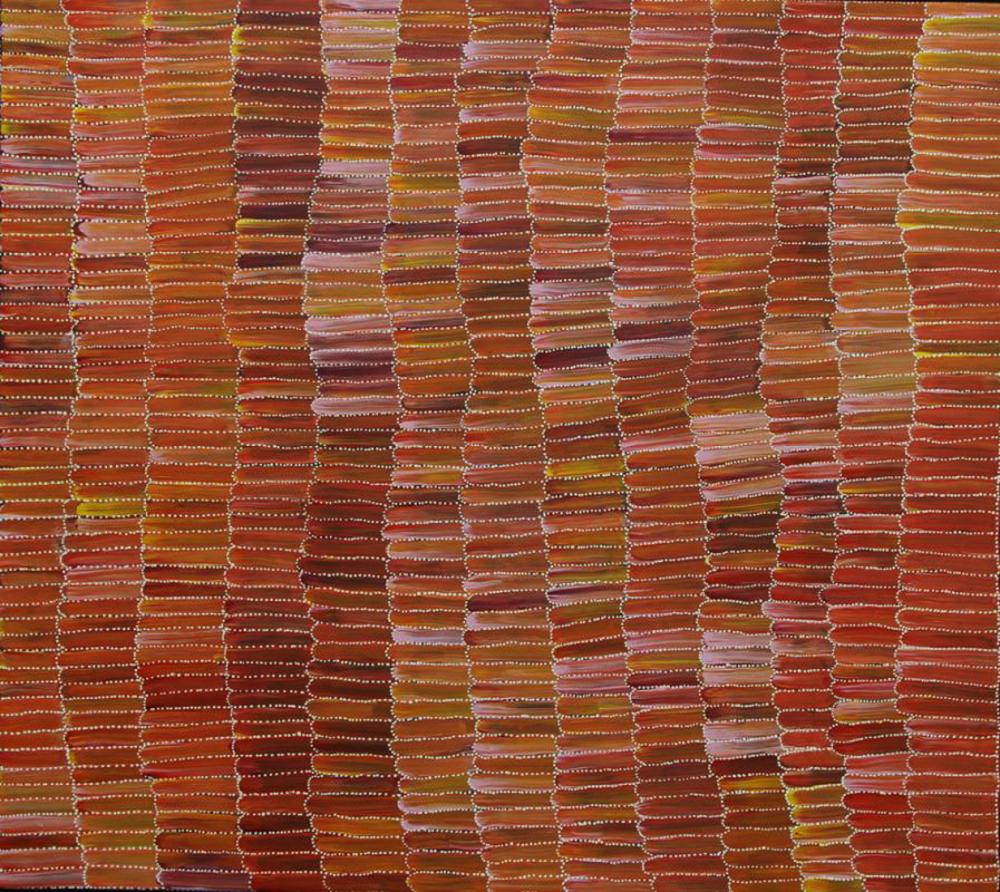