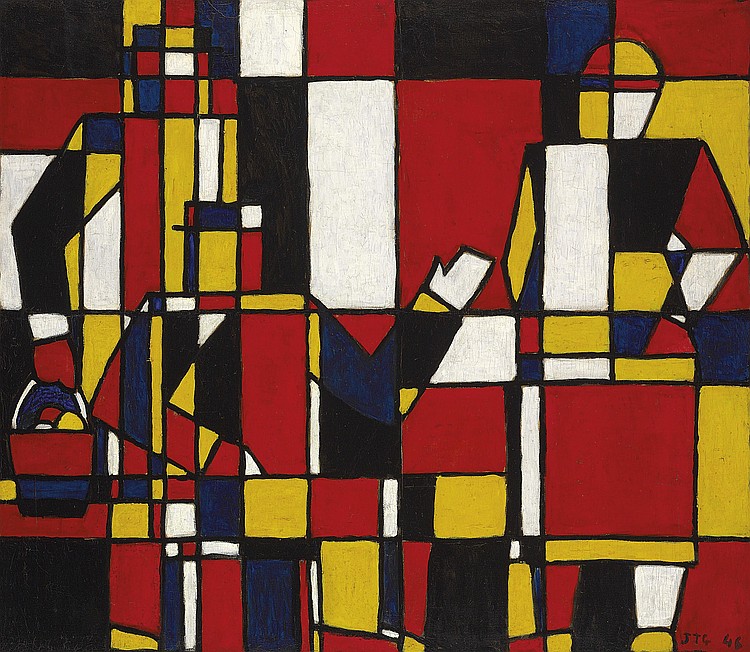 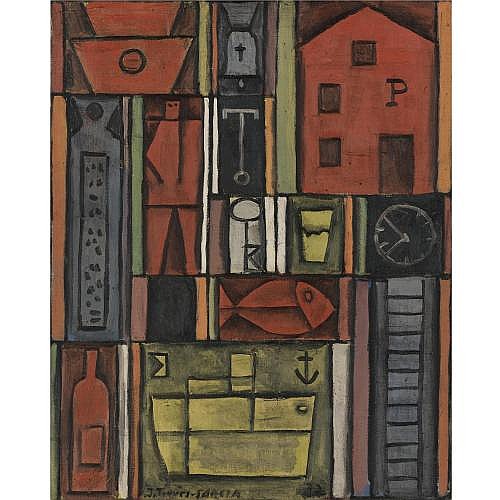 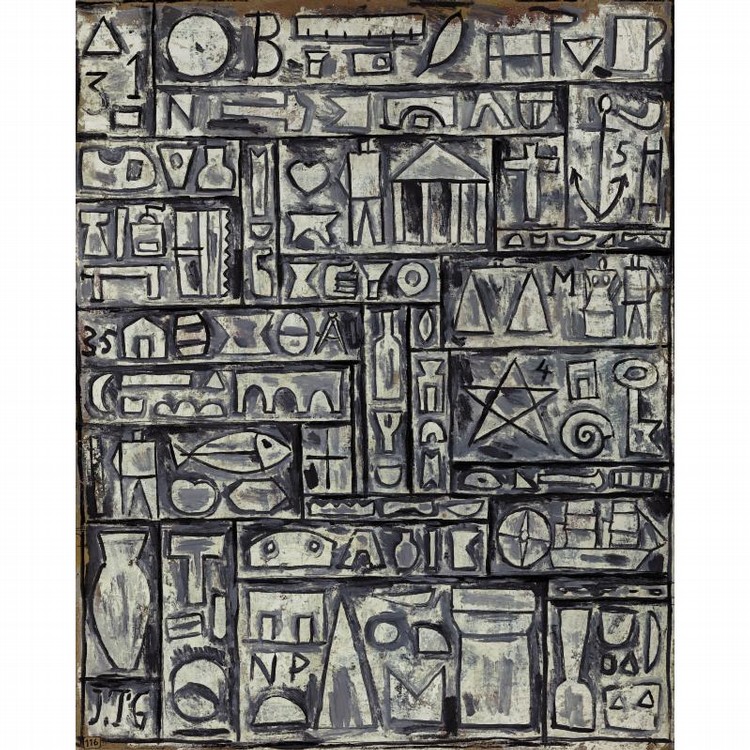 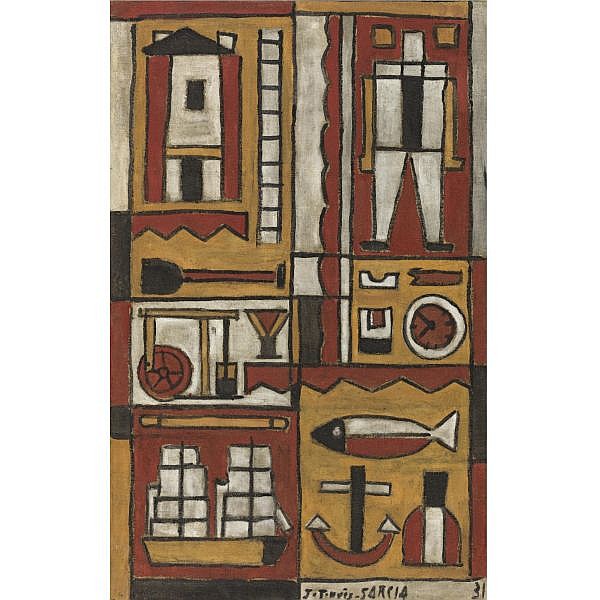 (b Montevideo, Uruguay 1874; d Montevideo 1949) Uruguayan painter. A groundbreaking artist and theorist, Joaquin Torres Garcia is best known as the founder of an abstract, symbolic painting movement he entitled Universalismo Constructivo. His work brought a new dimension to modernist painting, and his influence has been a defining one, particularly on the Latin American avant-garde. In 1892, in Barcelona, he enrolled at Escuela de Bellas Artes and Academia Baixas. From 1893 to 1898, he studied in the Cercle Artistic de Sant Lluc. By the turn of the century, he established friendships with the leading artists, including Pablo Picasso and Julio González. He began to paint frescoes and worked on stained glass windows for Antoni Gaudí's buildings. In 1913, he published his first book of artistic theory. Before he left for Paris in 1920, he began a project to manufacture toys. From Paris, he journeyed to New York City. There, he tried to promote his toys, created city scenes, and exhibited his paintings. With his colleague, the art critic Michel Seuphor, he formed the group and organized the magazine, Cercle et Carré in 1930 in Paris , which promoted constructivist and abstract art. In his mature phase, Torres García forged a post-Cubistic mode, pioneering a unique modernist idiom. While Latin American artists regarded him as a trailblazer, non-Latin American artists also acknowledged the impact of his work. Torres García explored pre-Columbian and indigenous forms, as well as Egyptian, Greek, and Indian cultures. In order to invent a universal hieratic language, the artist crafted unique, archetypal figures. This pared-down alphabet of symbols, deployed in a compartmentalized, planar space, was his hallmark. Torres García painted his final picture in 1949, the year he died. (Credit: Christie’s, New York, Latin American Sale Evening Session, November 19, 2008, Lot 13). 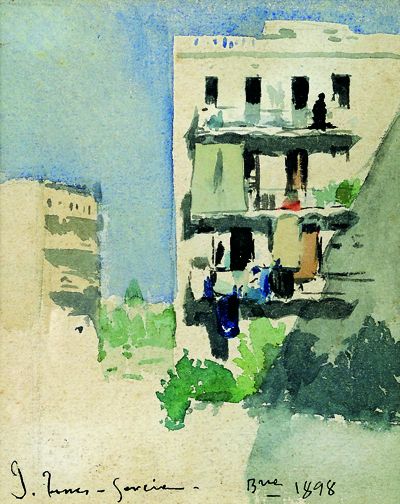 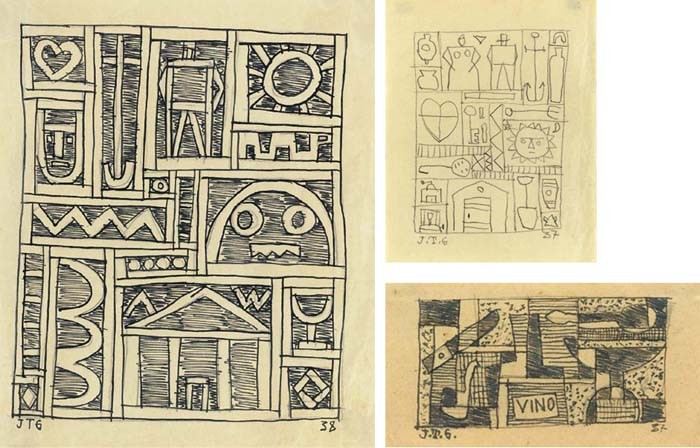 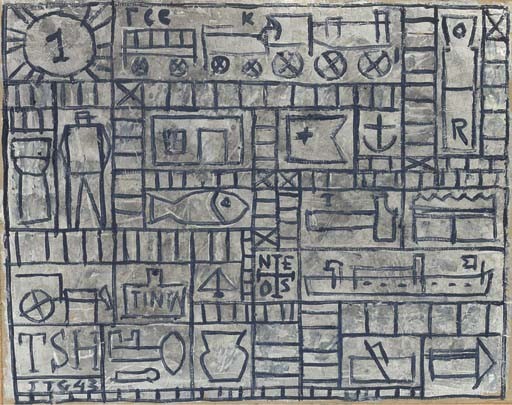 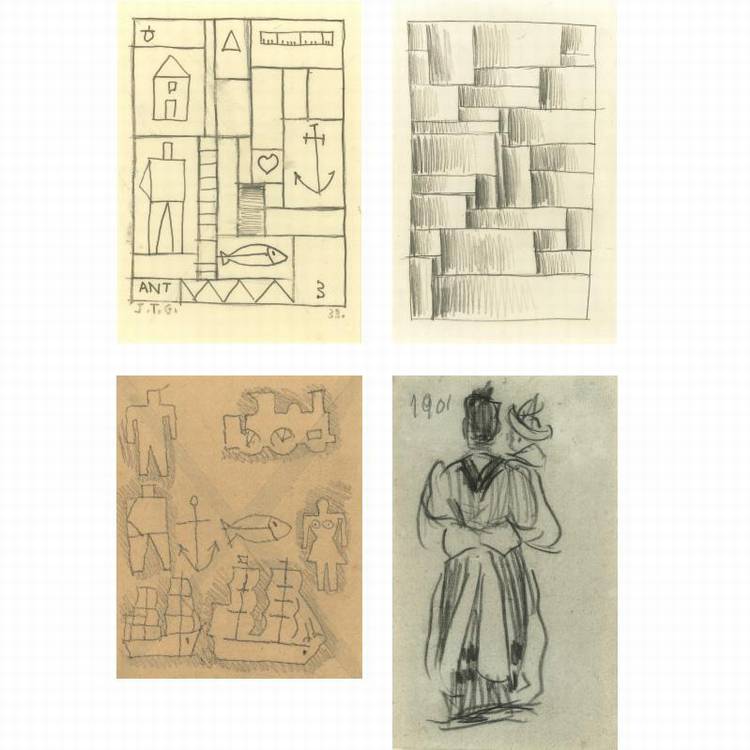 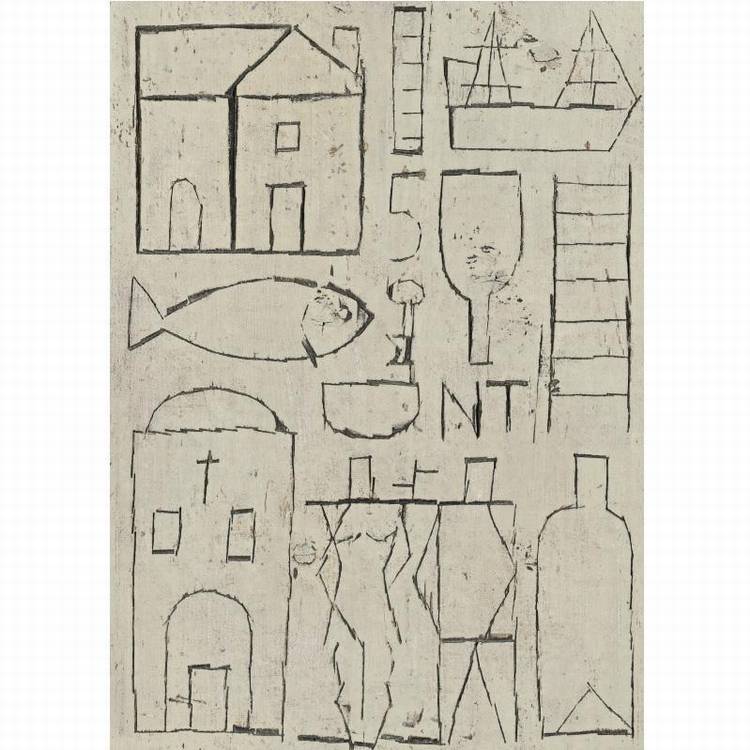 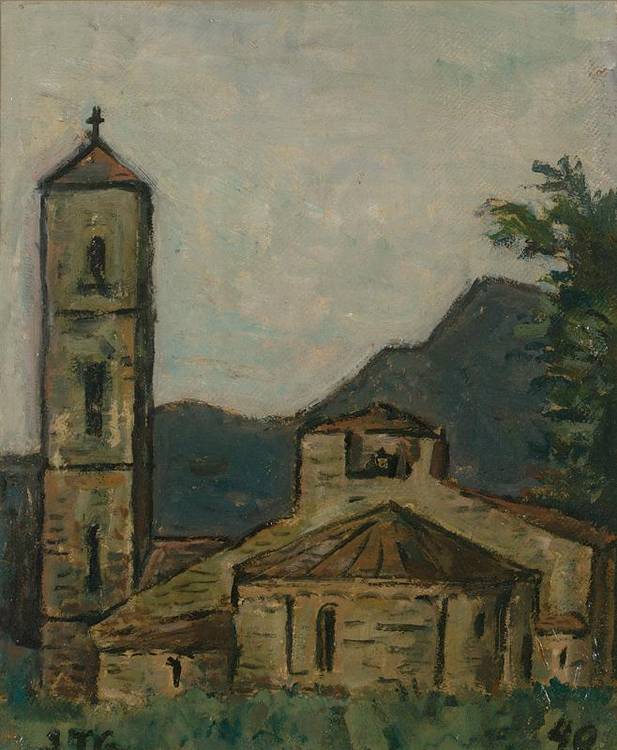 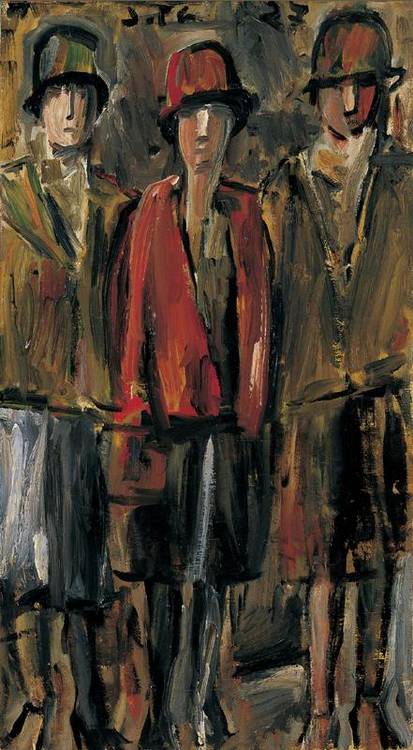 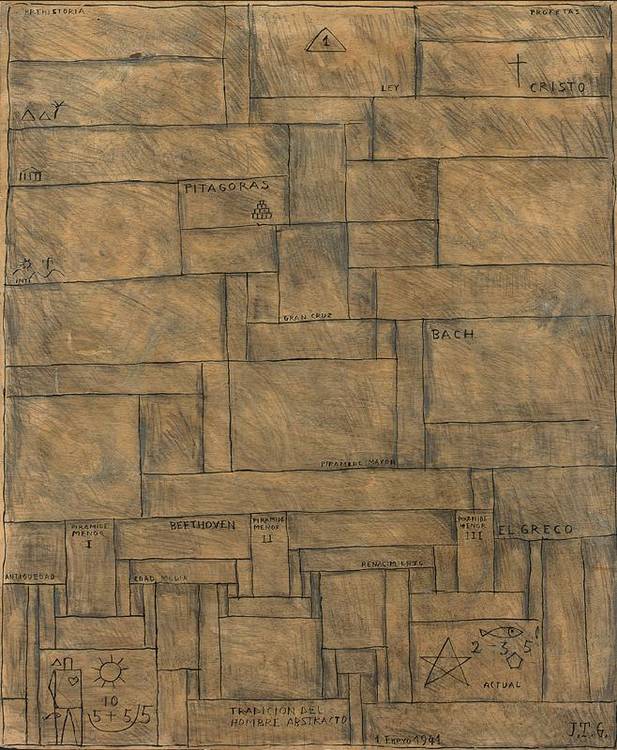 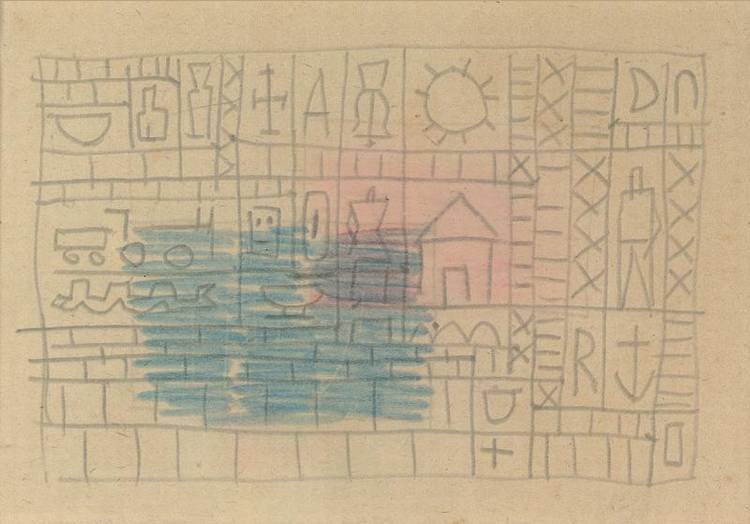 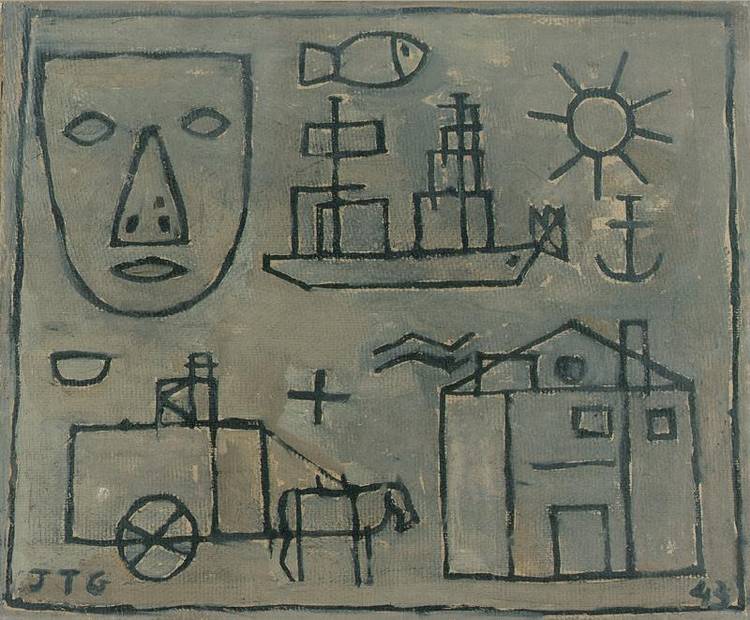