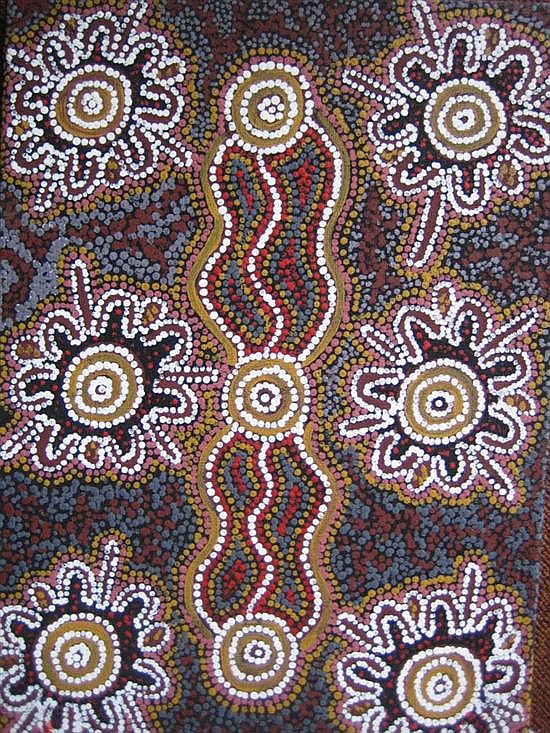 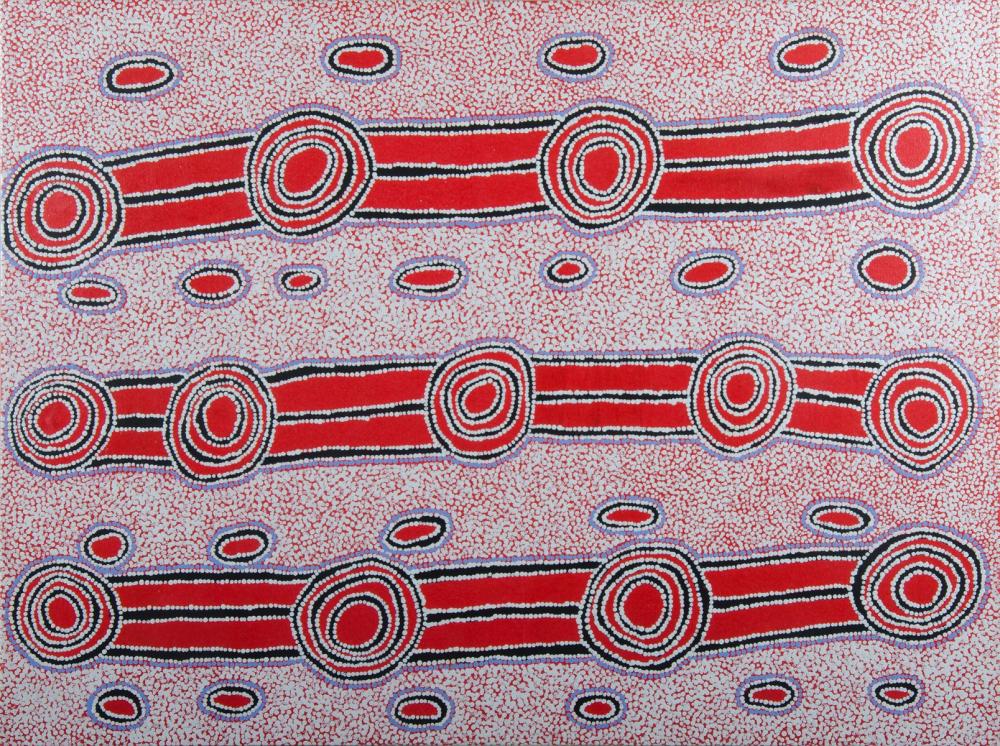 Joy Nangala Brown was born on 4th July 1966 in the hospital at Alice Springs, in Australia's Northern Territory. Her childhood was mostly spent at Yuendumu, although did several years of schooling in Alice Springs, some 290 km away, at Yirara College. Joy moved to Nyirripi , about 130kms west of Yuendumu in the early 1980s and has lived there ever since, although she travels back and forth to Yuendumu to visit family.

Joy has been painting with Warlukurlangu Artists Aboriginal Corporation in Yuendumu since 2006. Joy paints her father's and grandfather's Jukurrpa stories, Dreamings passed down to her by her mother and father, who in turn received them from their parents. They relate directly to the land and its features, and the plants and animals that live on it.

Joy is the daughter of the successful Pintupi artist Pegleg Jampijinpa, and grew up with his art work around her. She is married to Jay Jay Spencer, the adopted son of another highly successful artist from Yuendumu, Paddy Japaljarri Stewart. They have a daughter and a son, and grandchildren. Her daughter Debbie Napaljarri Brown also paints with Warlukurlangu Artists.

Joy enjoys hunting for goannas and bush tucker, playing cards and singing in the church choir in her spare time. 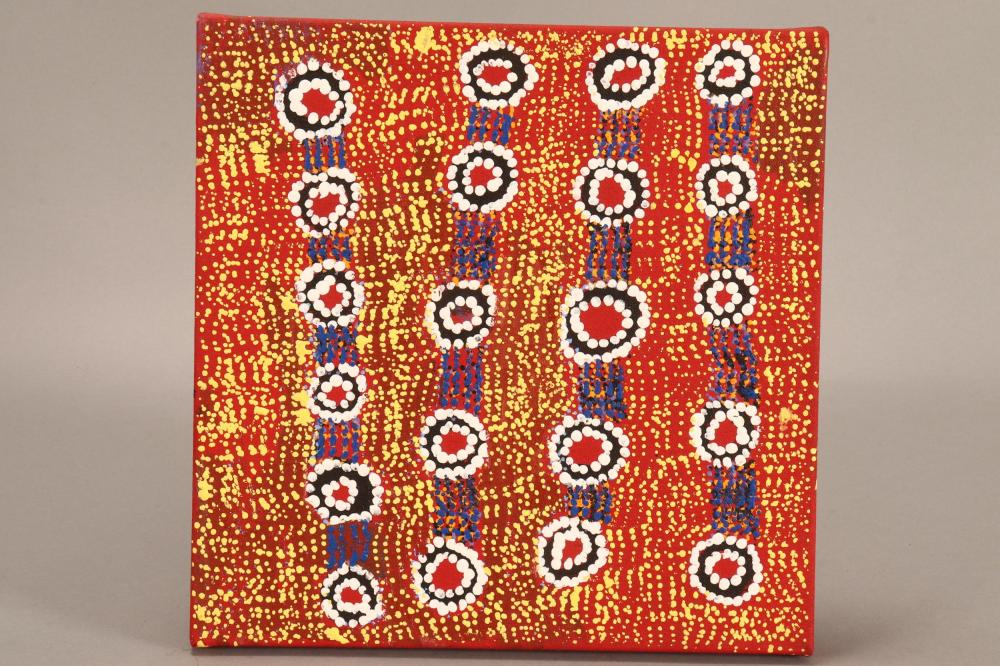