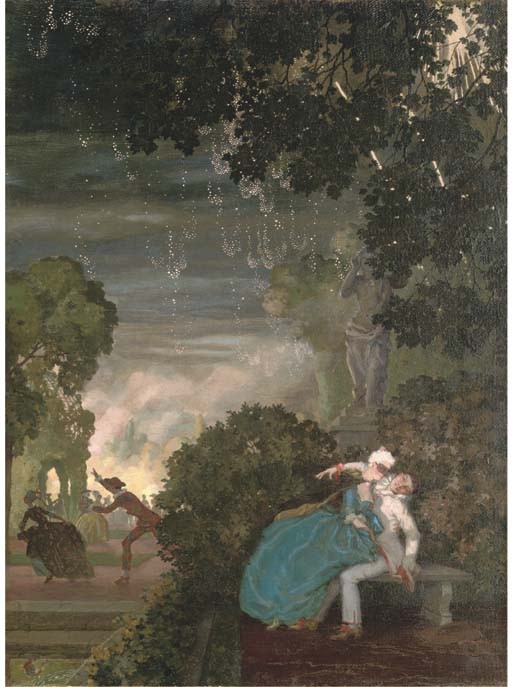 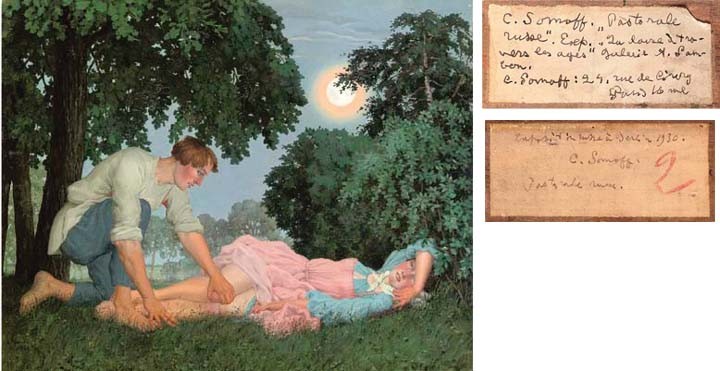 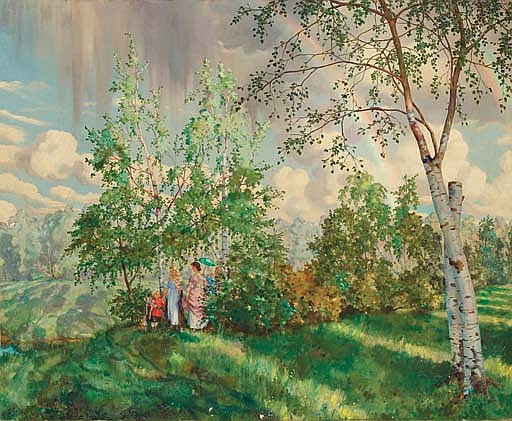 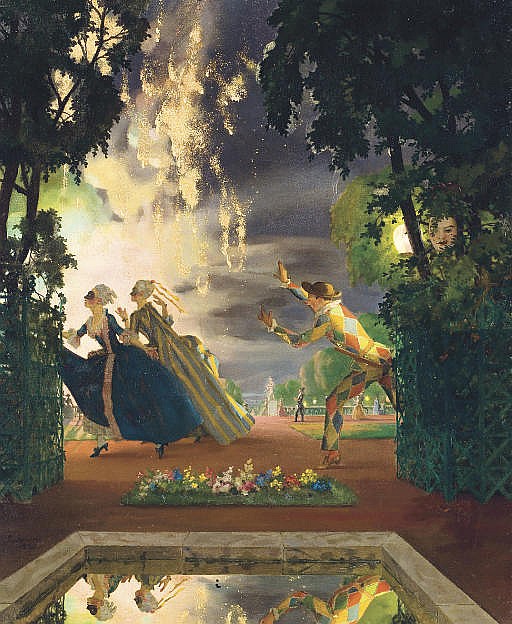 Konstantin Andreyevich Somov (November 30, 1869 – May 6, 1939)[1] was a Russian artist associated with the Mir iskusstva. Born into a family of a major art historian and Hermitage Museum curator Andrey Ivanovich Somov, he became interested in 18th-century art and music at an early age.

Early life: Konstantin Somov was born on November 30, 1869 in St. Petersburg in the family of an art historian, famous museum figure, curator of the Hermitage Museum Andrei Somov. Konstantin was the second son in the family. His mother, Nadezhda Konstantinovna, who came from the noble family of the Lobanovs was a good musician and a well-educated person. She instilled in her children a love of theater, music and painting. In addition, the Somovs' house had a huge private collection of old prints, paintings and drawings. Painting and art were a constant subject of conversation and an integral part of their lives and young Konstantin dreamed of becoming an artist from a very young age.[2]

For the first time Alexandre Benois met with Somov in the private gymnasium of Karl May. Dmitry Filosofov also studied there, and Somov found a common language and even became friends with him. Benois in his memoirs says that their manner of sticking together, but apart from everyone else, for some reason attracted Benois himself. Later, Dmitry Filosofov was sent to Italy due to illness, and Somov, who had a hard time studying science, was taken from the gymnasium by his father. At the age of 20, Konstantin Somov entered the Imperial Academy of Arts. He studied their under Ilya Repin from 1888 to 1897. While in academy, Benois introduced him to Sergei Diaghilev and Léon Bakst. When the three founded the World of Art, Somov liberally contributed to its periodicals.

Studying in the academy was not easy for Somov, but in 1897 he successfully completed it and moved to Paris to continue his education at the legendary Académie Colarossi.[3]

Inspired by Watteau and Fragonard, he preferred to work with watercolours and gouache. For three years he worked upon his masterpiece, Lady in Blue, painted in the manner of 18th-century portraitists.

The artist's first serious success came a year before graduation from the Academy. Somov and Benois spent the summer of 1896 at their dacha near Oranienbaum, in the village of Martyshkino. The landscapes and sketches he brought from there were highly praised by critics and colleagues from the academic environment. In the same summer, he creates illustrations for the works of Ernst Theodor Amadeus Hoffmann.

During the 1910s, Somov executed a number of rococo harlequin scenes and illustrations to the poems by Alexander Blok. Many of his works were exhibited abroad, especially in Germany, where the first monograph on him was published in 1909.

After the revolution: Somov, like many of his contemporaries, greeted the revolution in Russia with enthusiasm. But living conditions gradually deteriorated: at first, his apartment was nationalized, and at the end the artist was completely evicted from it. Only by a miracle he managed to defend the rights to his own works.

In December 1923, Konstantin Somov, together with the Russian Exhibition, went to the United States as an authorized representative of Petrograd. In the USA, he becomes close to the family of Sergei Rachmaninoff and paints portraits of the composer and his daughter. He never returned to his homeland, forever remaining in France. Somov found Soviet Russia "absolutely alien to his art" and moved to Paris. There, a community of Russian émigré artists had developed by this time. Somov found inspiration in the "world of artists" living in Paris - his old friend Benoit, Bakst and Serebryakova.

Private life: Somov was homosexual, like many of the World of Art members.[4]

In the last years of his studies, Somov who was already a well-known artist, led a very reclusive lifestyle. Judging by the letters from that period, loneliness was a burden for him. In the winter of 1899, Somov wrote to his friend and colleague Liza Zvantseva: “Unfortunately, I still have no romance with anyone - flirting is, perhaps, very light. But I'm tired of being without romance - it's time, otherwise life goes away and youth, and it becomes scary. I am terribly sorry that my character is heavy, boring, gloomy. I would like to be cheerful, light, so that everything is knee-deep, amorous and rip-off. Only such people have fun, interesting and not scared to live!".

Model Methodiy Lukyanov became his closest person. They meet in 1910, a forty-year-old artist and an eighteen-year-old Lukyanov. Methodiy settled with the Somovs, where he quickly became part of the family. They lived together and he helped Somov to run the household, organize exhibitions. He was also his art advisor and critic of works. In 1918, Somov painted a large portrait of Lukyanov, sitting on the sofa in pajamas and a dressing gown. This portrait can be seen in the Russian Museum. Somov called him "Myth". The artist and the model will be together until the death of Methodiy in Paris from tuberculosis. Myth fell ill in the spring of 1931, and his illness shocked Somov. In letters to his sister in Russia, he writes: “Every minute of my life is now torment - although I do everything I need to - eat, talk with visitors, even work a little - the thought of Methodius and the upcoming separation does not leave me. Now I absorb into myself his face, his every word, knowing that soon I will not see him again "..." Yesterday, lying on a mattress, on the floor by his bed, I tried to pray mentally - it's me! God, if you exist and care about people, prove, save Methodius to me, and I will believe in you! " But it's all in vain. The last, dying words of Methodius, addressed to Somov, were: "Kostya ... goodbye."

Somov was buried in the Sainte-Geneviève-des-Bois Russian Cemetery to the south of Paris. 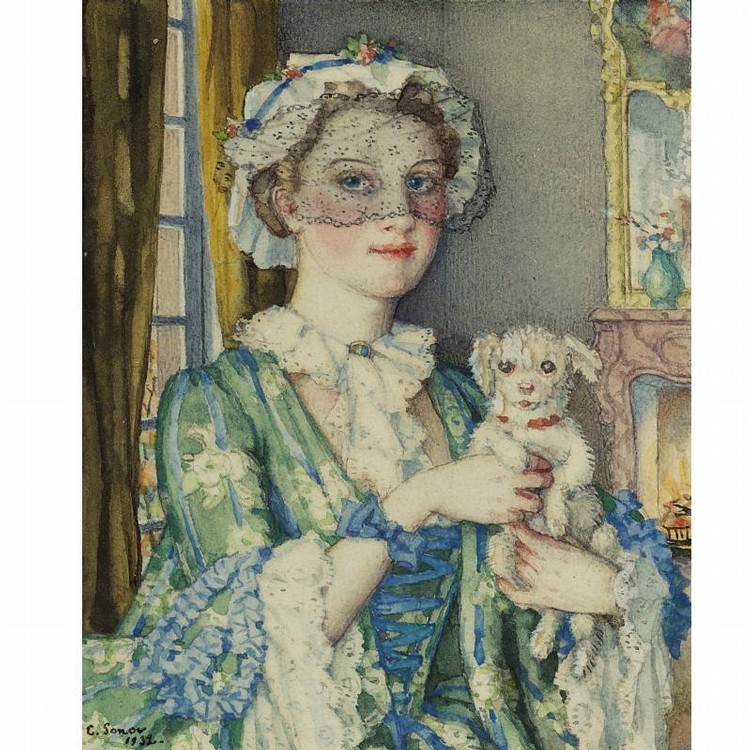 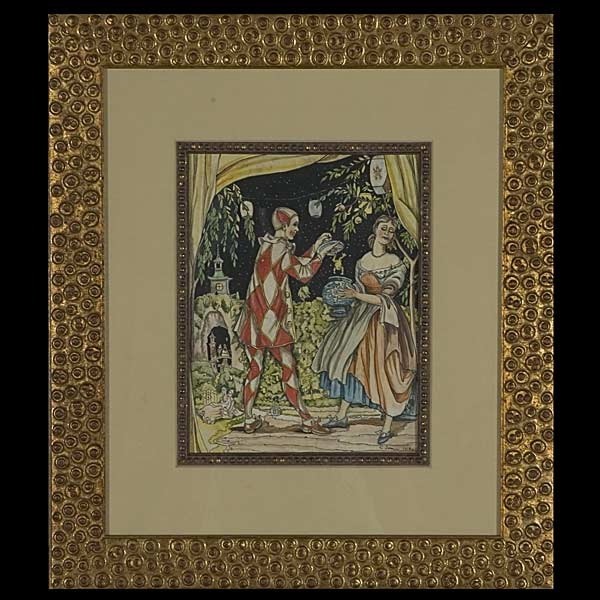 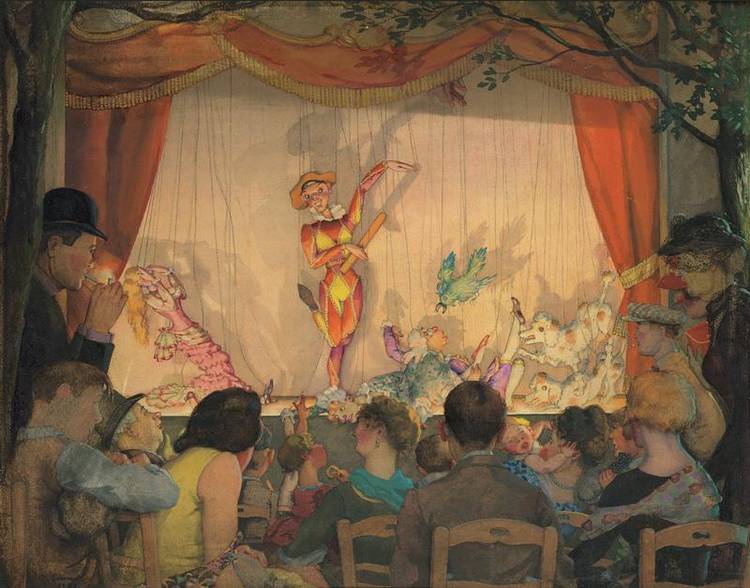 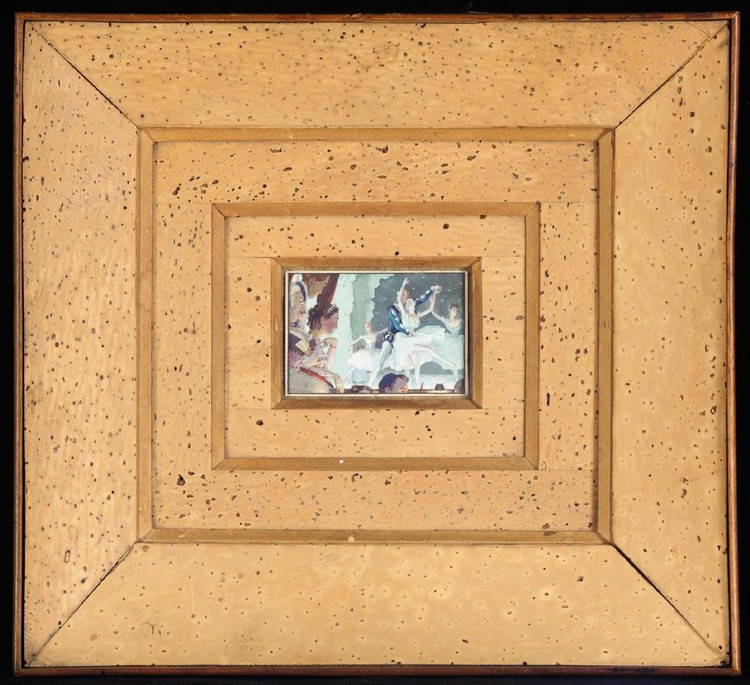 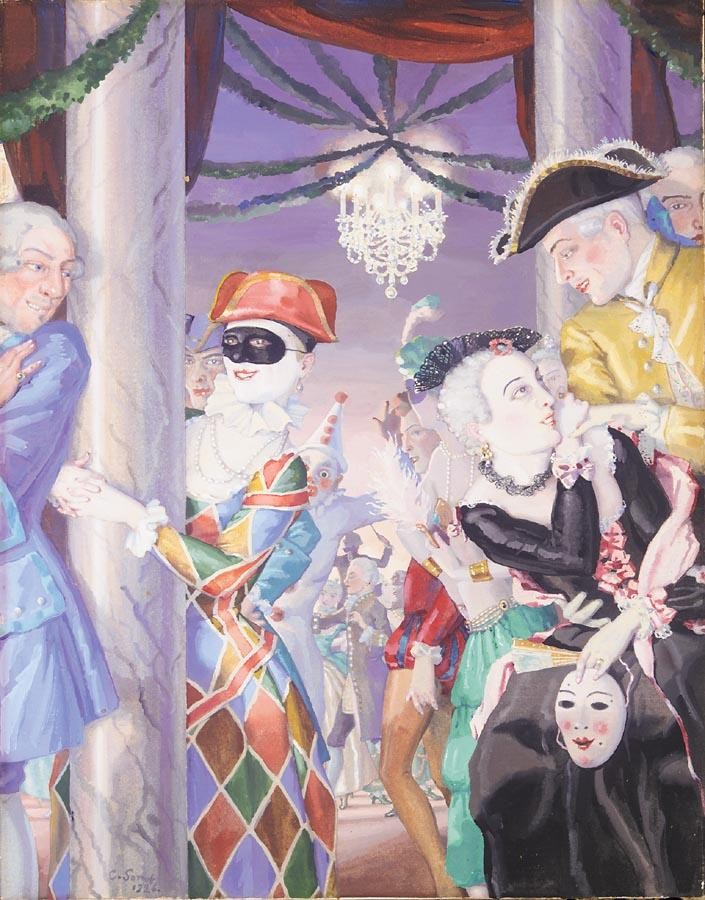 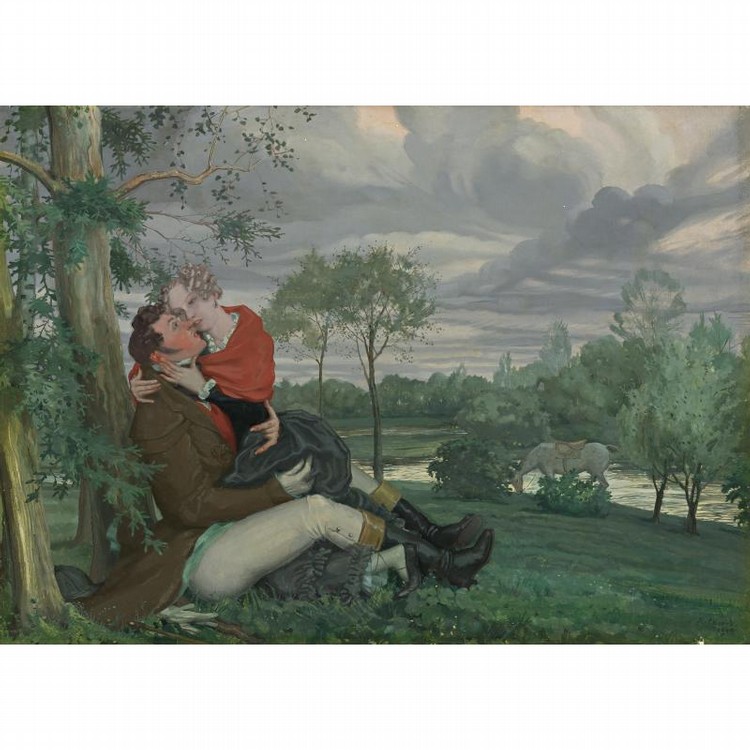 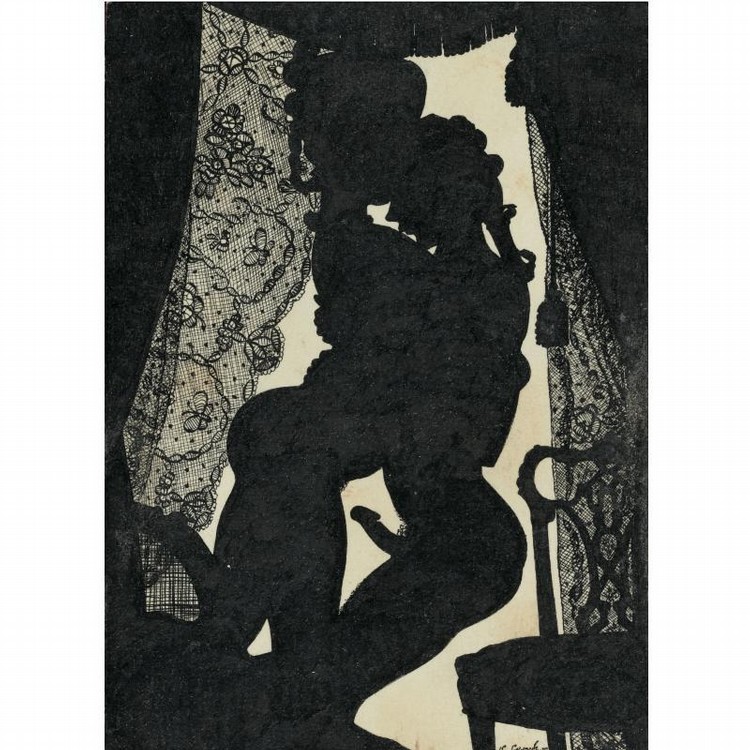 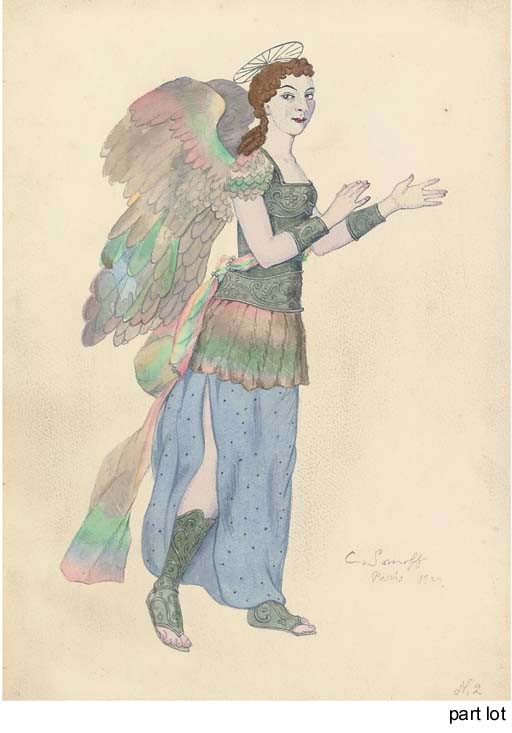 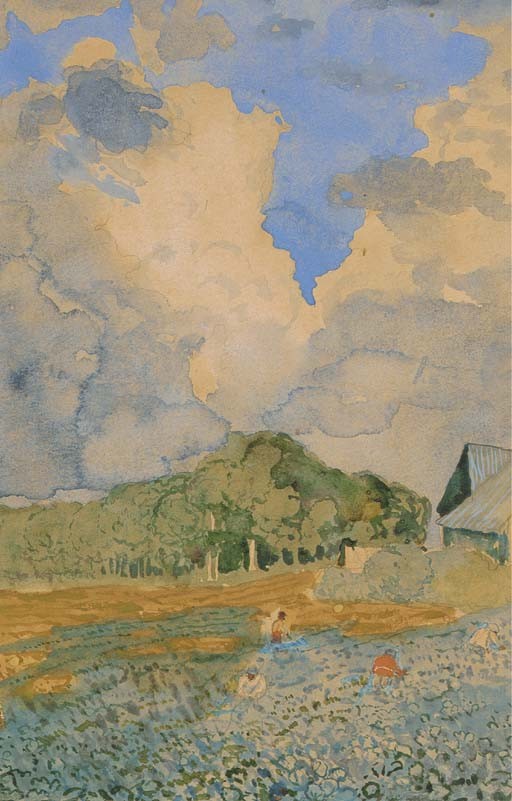 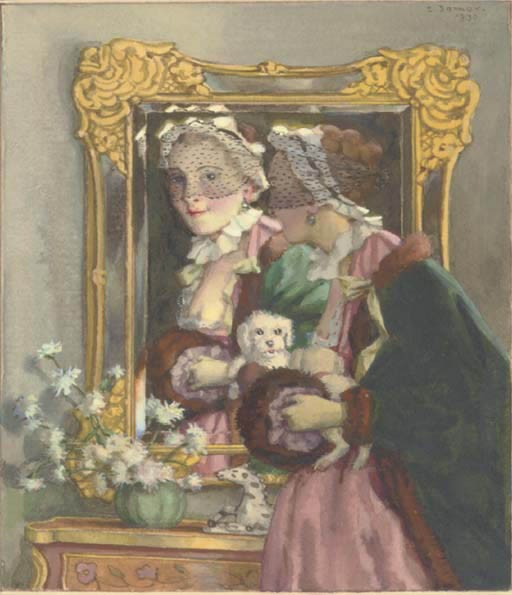 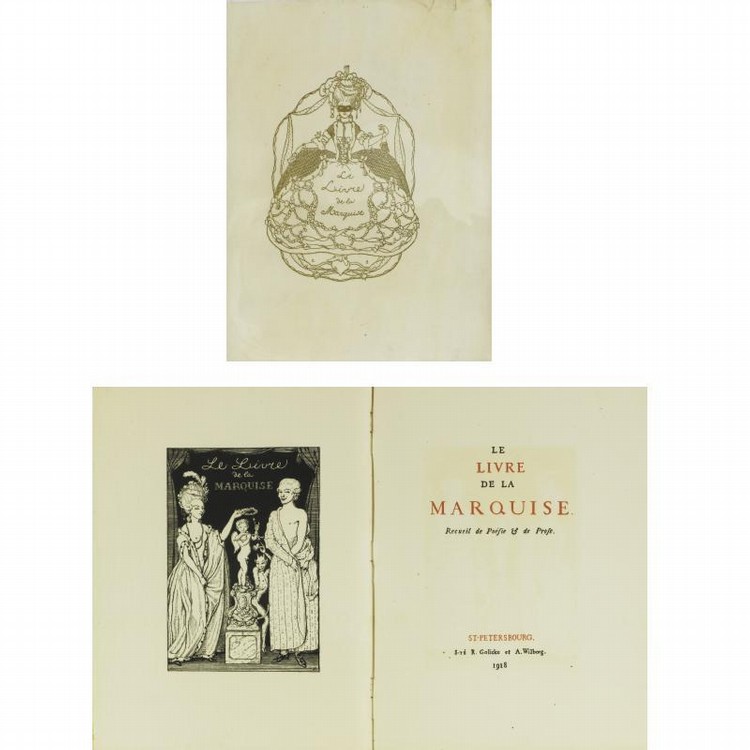