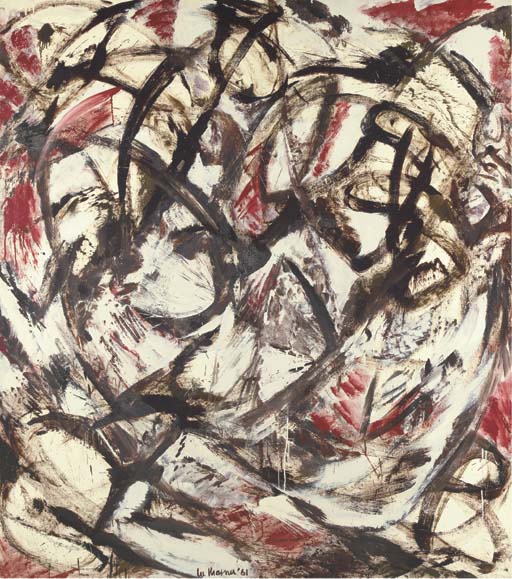 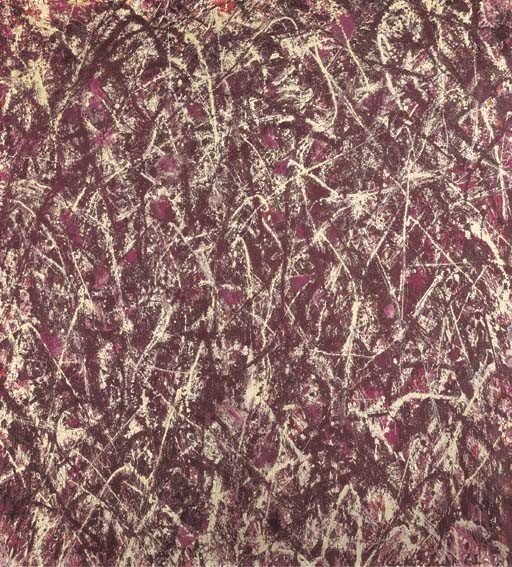 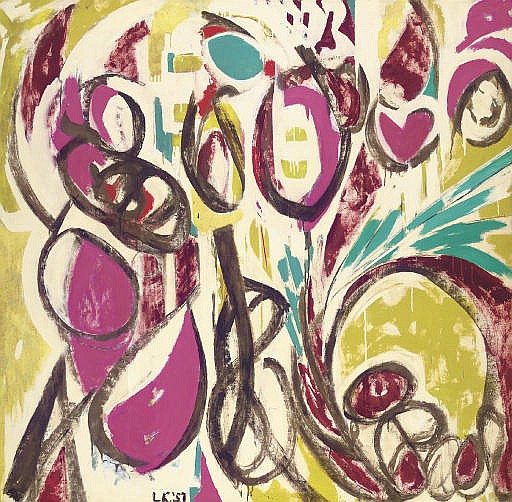 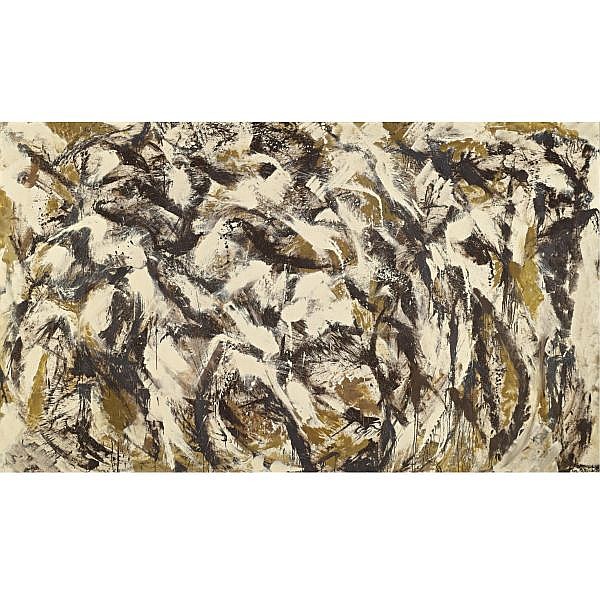 (b Brooklyn, New York, October 27, 1908; d New York City, June 19, 1984) American painter. Lee Krasner was drawn to painting from early youth, when she broke from societal expectations to pursue the life of an artist. While at high school she recalled drawing, "big charts of beetles, flies, butterflies, insects and so on," then after a rich education that included Cooper Union and the National Academy of Design, in 1937 began several years of study with Hans Hoffman; developing a form of biomorphic abstraction which was also synthetic cubist and action oriented. She worked on the WPA Federal Art Project in the thirties. Krasner was keenly aware of the world around her, and she was extremely active politically in her 20s and 30s. She was on the executive board of the Artists Union, and centrally involved in the formation of the Abstract Expressionist canon. She had become acquainted with Harold Rosenberg, Lionel Abel and Parker Tyler at the club Sam Johnson's in the Village before she met and married Jackson Pollock in 1945. In the early 40s her paintings were exhibited in key shows, along with Picasso, Braque, Matisse, Mondrian, Leger, Davis and Pollock.* But as much as any Abstract Expressionist artist, Lee Krasner embraced change. She worked figuratively in the 1930s, was influenced by cubism and hard-edged abstraction in the 1940s and created her classic Abstract Expressionist works in the 1950s and 1960s. In the early 1970s, Krasner created pared down "minimalist" works. Never content to rest on her laurels, Krasner continually explored new forms of expression. Her later work is a breathtaking culmination of her career, a synthesis that combines the rigidity of her American Abstract Artist work of the 1940s, with the scale, composition and rolling forms of her mature work.** (Credit: *Christie’s, New York, Post War and Contemporary Art Evening Sale, November 13, 2007, lot 17; **Christie’s, New York, Post War and Contemporary Art Morning Session, May 12, 2004, lot 179) 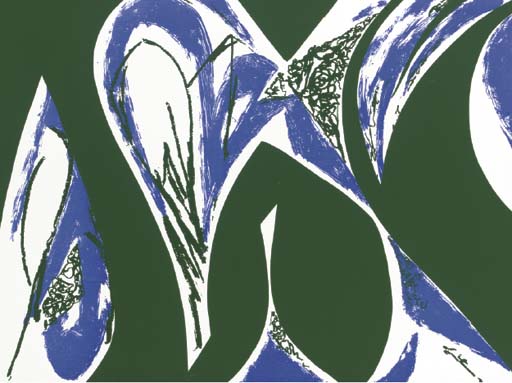 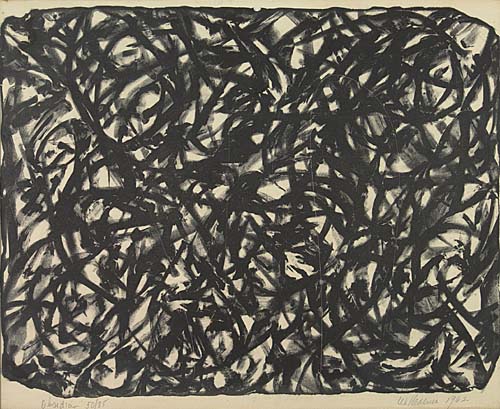 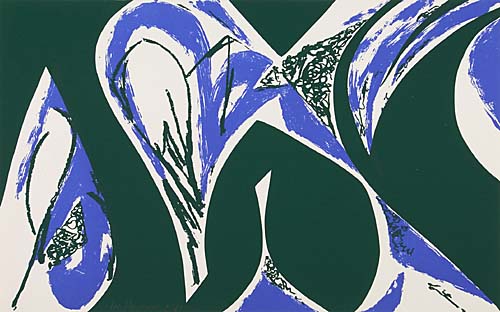 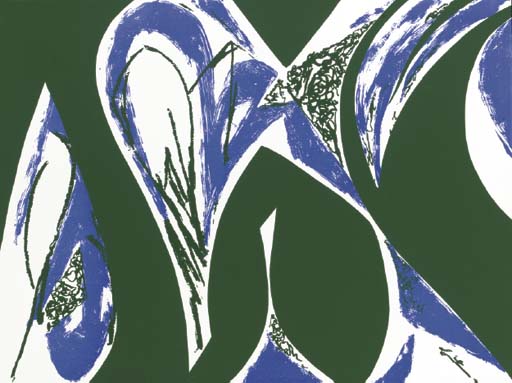 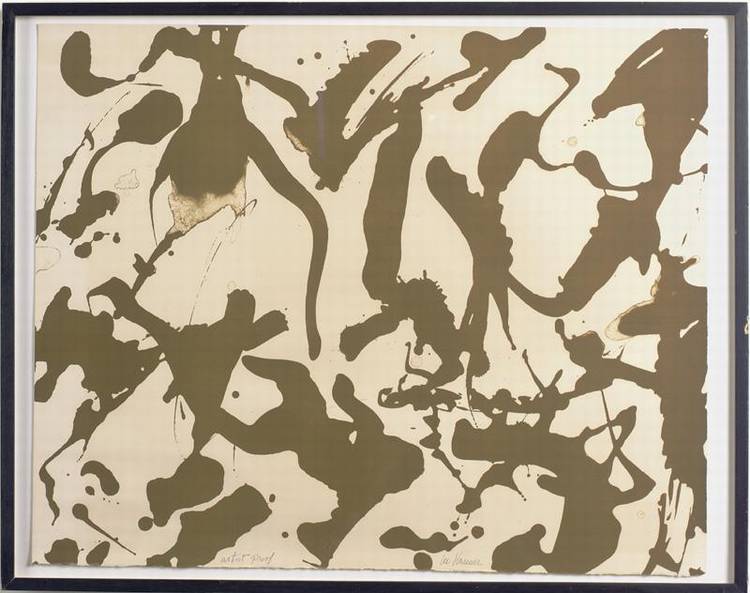 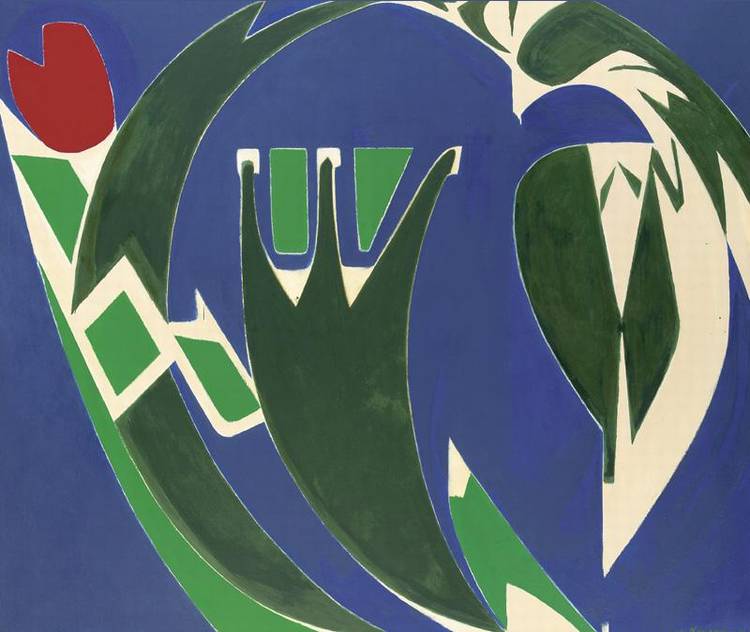 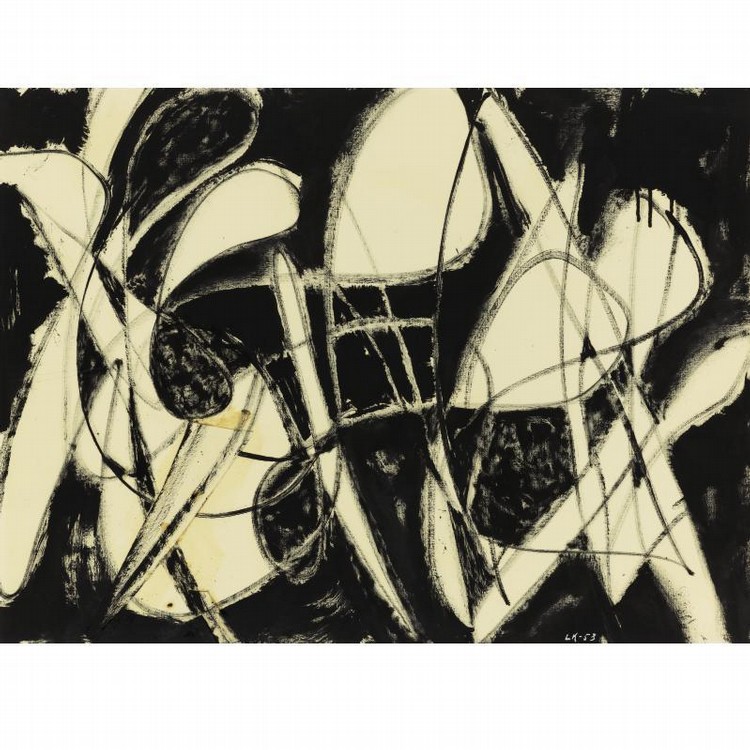 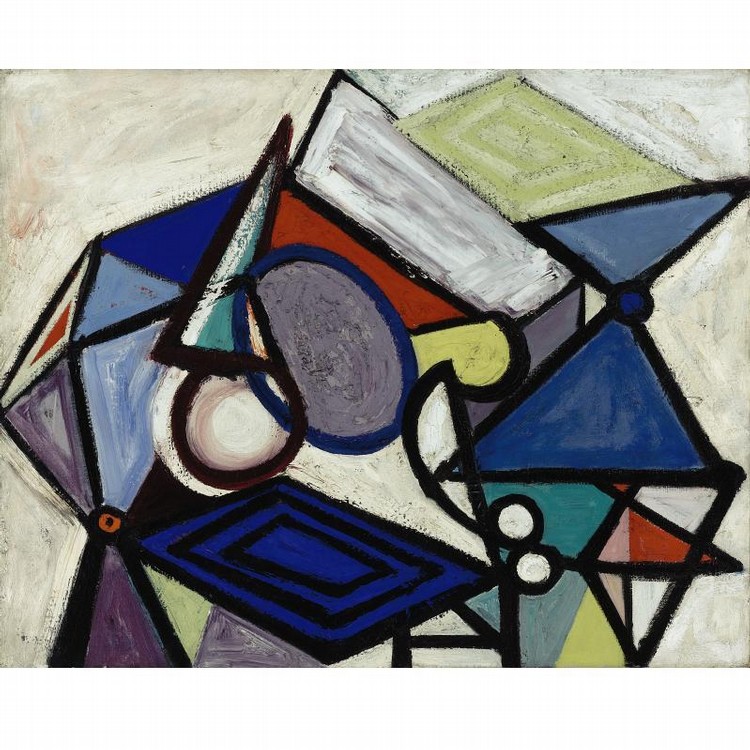 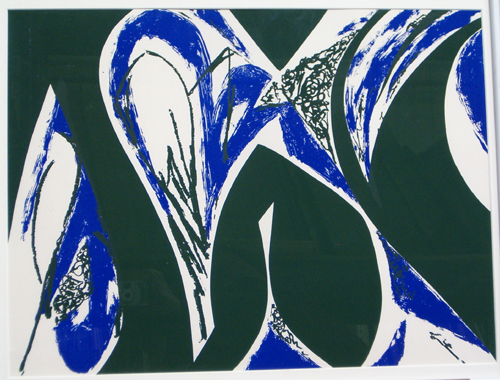 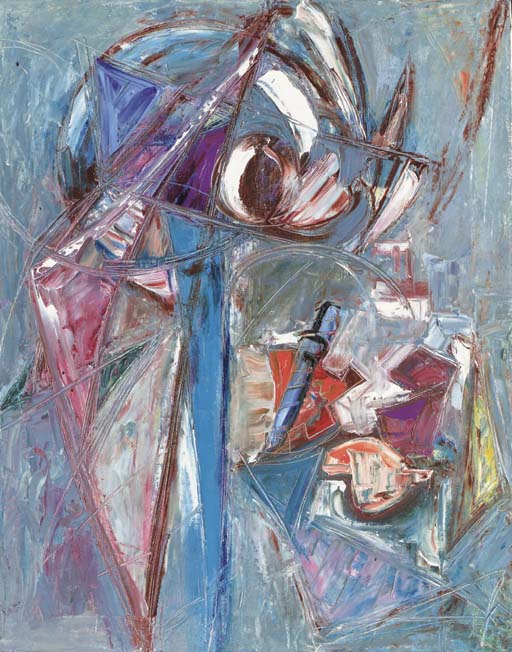