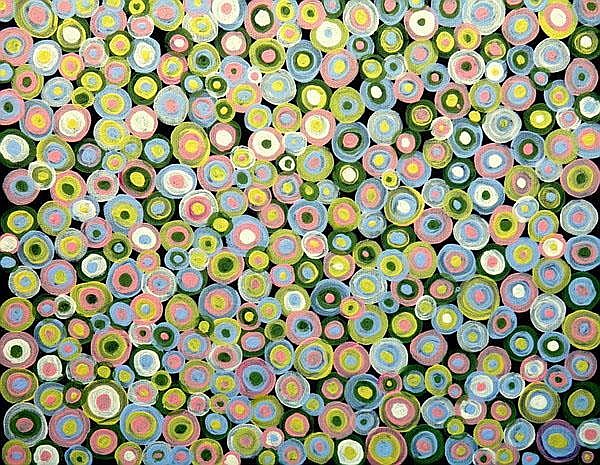 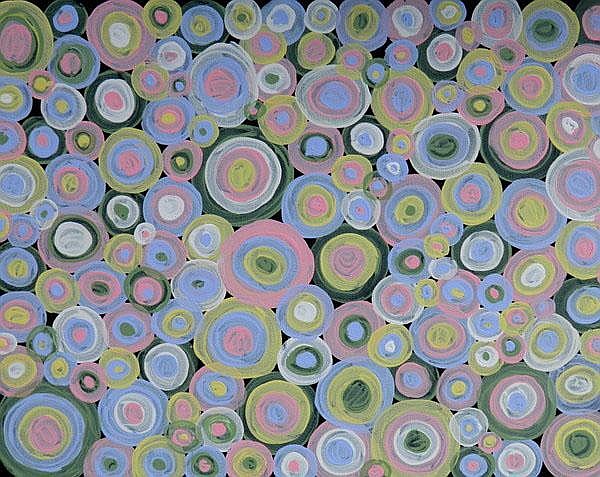 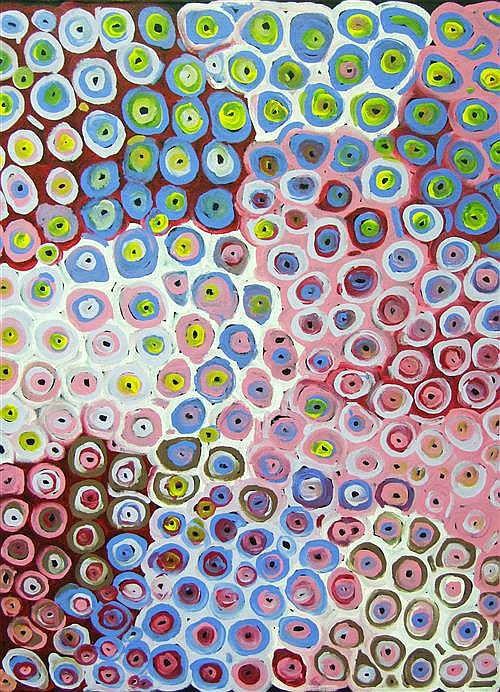 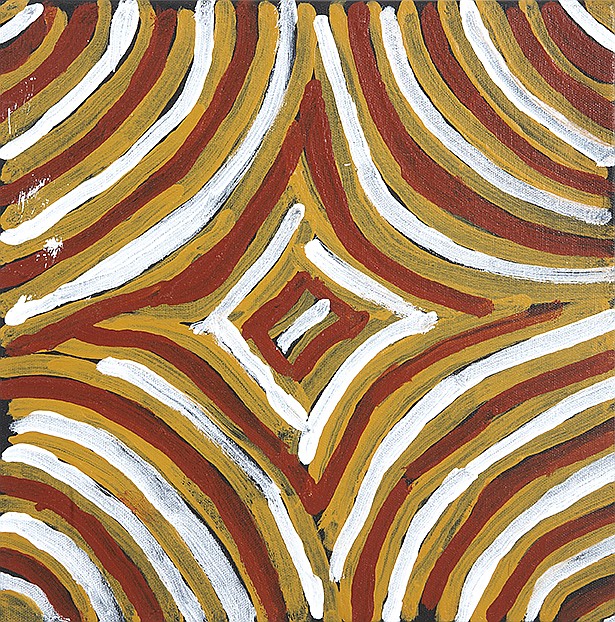 Lena, wife of the late Left Hand Sam Kngwarreye, is mother to five children including that of artist Nora Petyarre. Lena grew up at Utopia Homestead, some 240 km North East of Alice Springs with her siblings Ray Loy, Cowboy Loy and Louie (Louis) Pwerle. Lena has also lived in many other places in the Utopia Region, including that of Ngkwarlerlanem in the northern reaches of the Utopia region where she lived with her husband and children for many years.

Initially Lena worked in the medium of batik along with over eighty other women from the Utopia Region in Central Australia. Her work in batik is featured in “Utopia – A Picture Story”. In 1996 she was invited to represent Australia in Western Samoa for the Festival of Pacific Arts where she was marked as ‘among the best available talent’. In this same year she also travelled to Indonesia with other women of Utopia for a workshop funded by the Northern Territory Department of Education so that they could learn more about the art of batik.

Lena began painting for Mbantua Gallery in the mid 1990’s. She has maintained and developed a number of unique styles over the years. Firstly a fine circular pattern of dots in some of Lena’s earliest works reflect Soakages (or waterholes) that are spread across her land. Unkempt arced motifs represent her Awelye (women’s ceremonial body paint designs). Short repetitive linear work accented with fine dots make up her Anwekety (conkerberry) paintings. Traditional colours of ochre reds, tawny yellows and soft whites, of which belong to her country Ahalpere, bequeath her early Soakage paintings and Awelye paintings with simplicity, and great mixes of colours are deliciously abundant in her Anwekety paintings and later Soakage works.

Lena enjoys painting very much and is always found encouraging other family members to do so. Lena is a senior boss woman at Utopia and is on a number of government boards including the Aboriginal Areas Protection Authority (which protects the sacred sites within the NT) and the Urapuntja council, which governs Utopia. Lena’s personality reflects this immense responsibility while exuding good nature and humour. A number of womens ceremonies have been performed at Mbantua Gallery over the years and Lena has predominately been the woman behind the scenes ensuring that Utopia ladies participate to promote their culture as well as have fun.
Collections 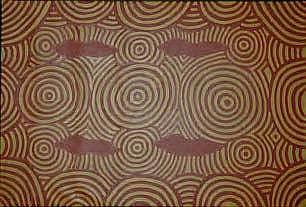 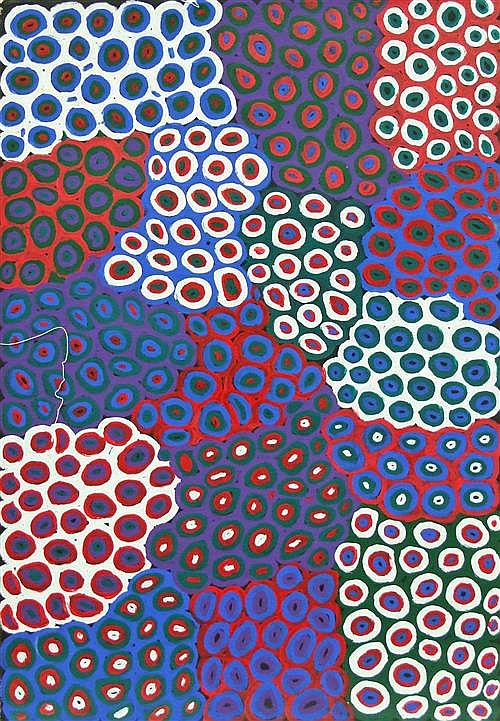 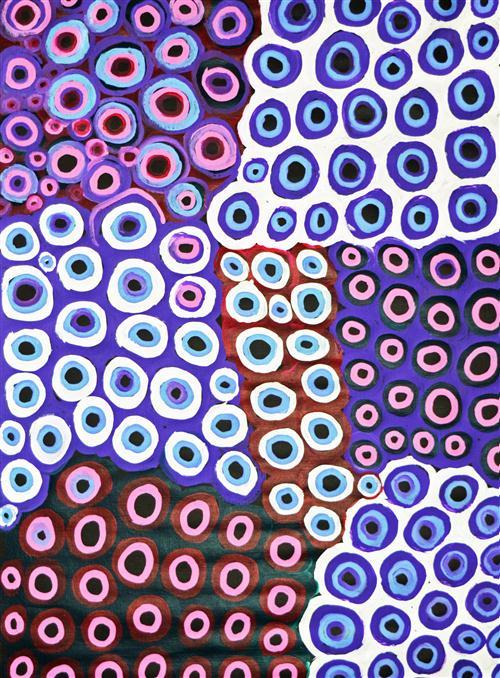 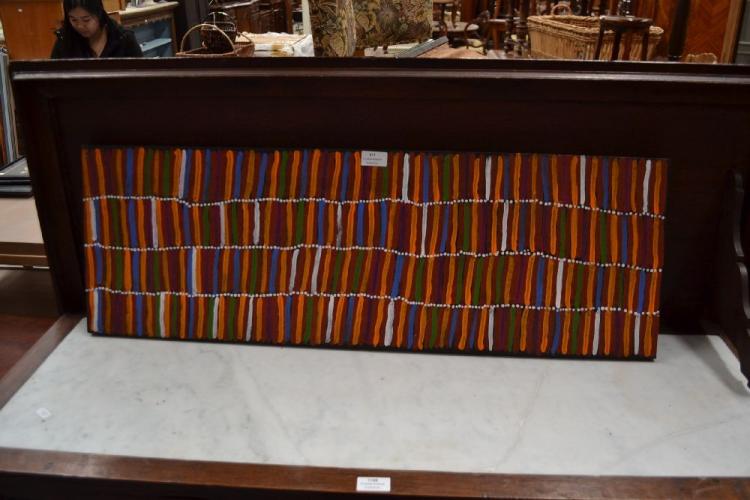 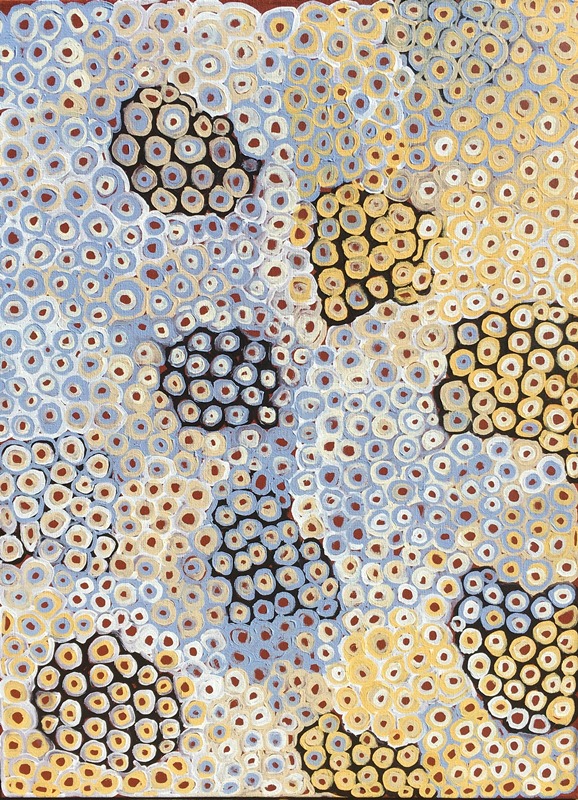 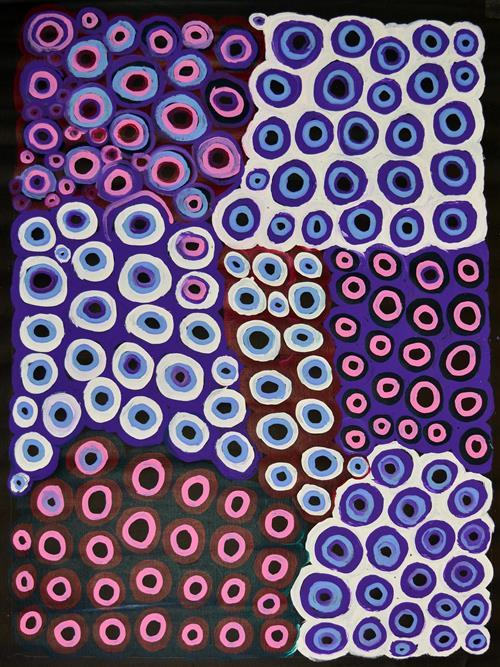