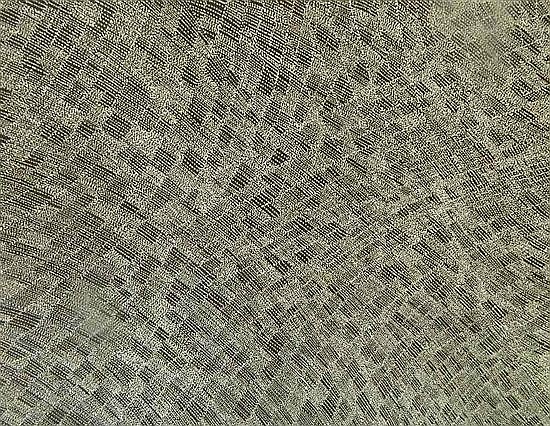 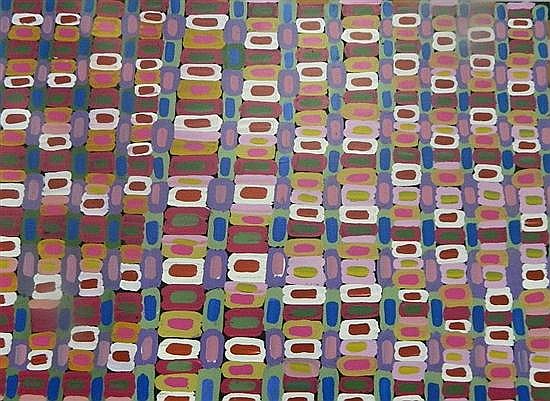 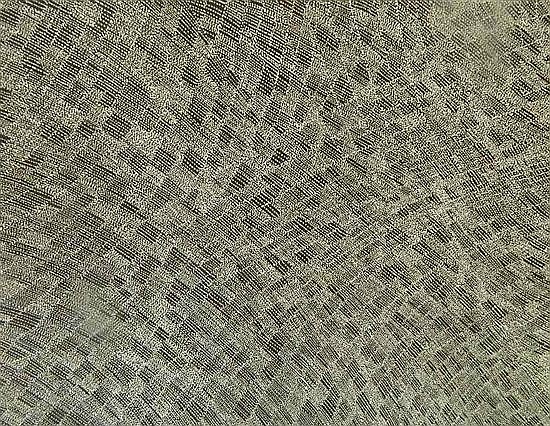 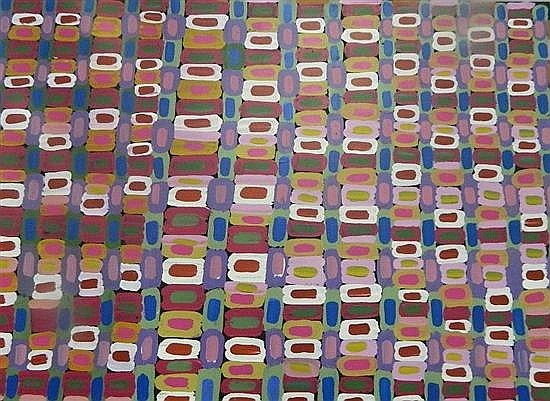 Lizzie is an emerging artist from Utopia, a community located 240 kilometres north east of Alice Springs known for its quality art.
Lizzie was involved in the Batik project of the 1970s, when Western craft practices and traditional Indigenous imagery were combined for the first time. Lizzy was one of the early artists who began to use acrylic paint and canvas in the1980s.
Lizzie is a first cousin of the famed Pwerle sisters.
Lizzie has a profound knowledge and respect for her country, and this is reflected in her paintings. The works also ensure the continuation of an ancient and rich cultural heritage.
Many of Lizzie’s works are entitled ‘My Country’, and recreate an aerial perspective of the artists country, Atnwengerrp. She also depicts Women’s Ceremony and Bush Orange Dreaming.
Lizzie’s works have featured in a number of important exhibitions. 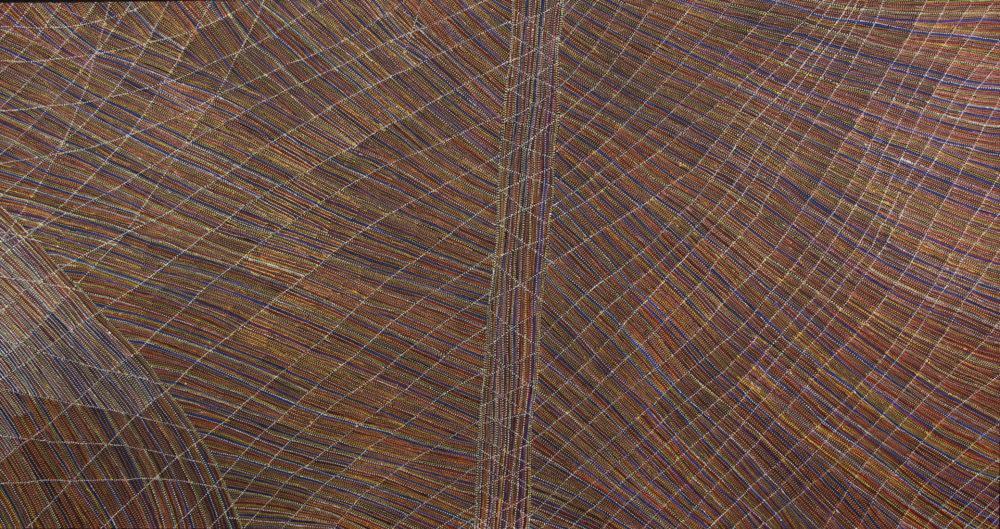 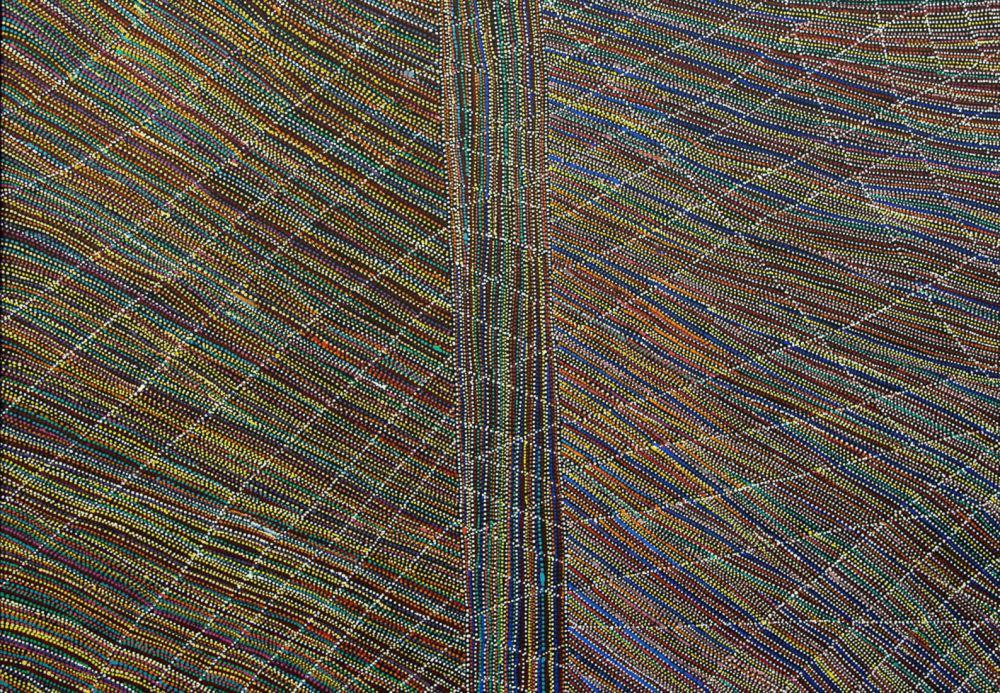 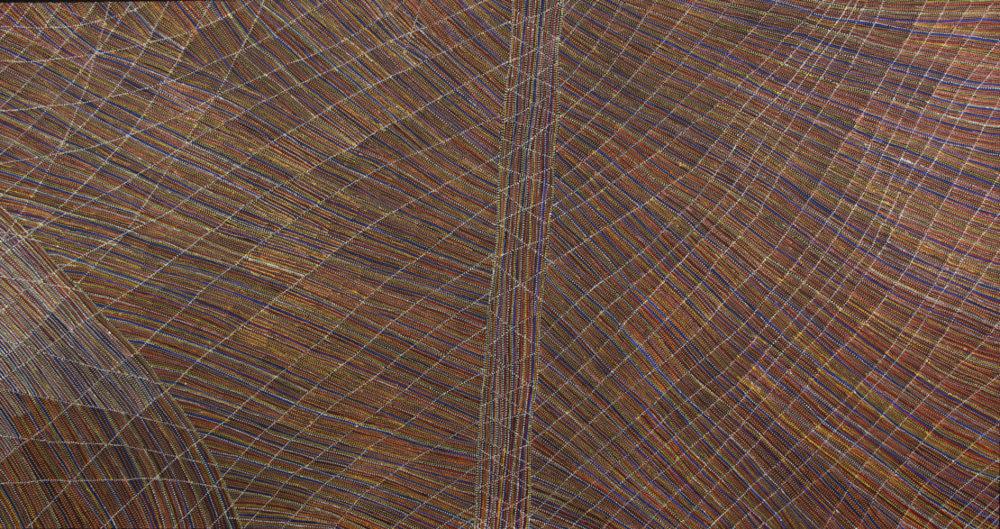 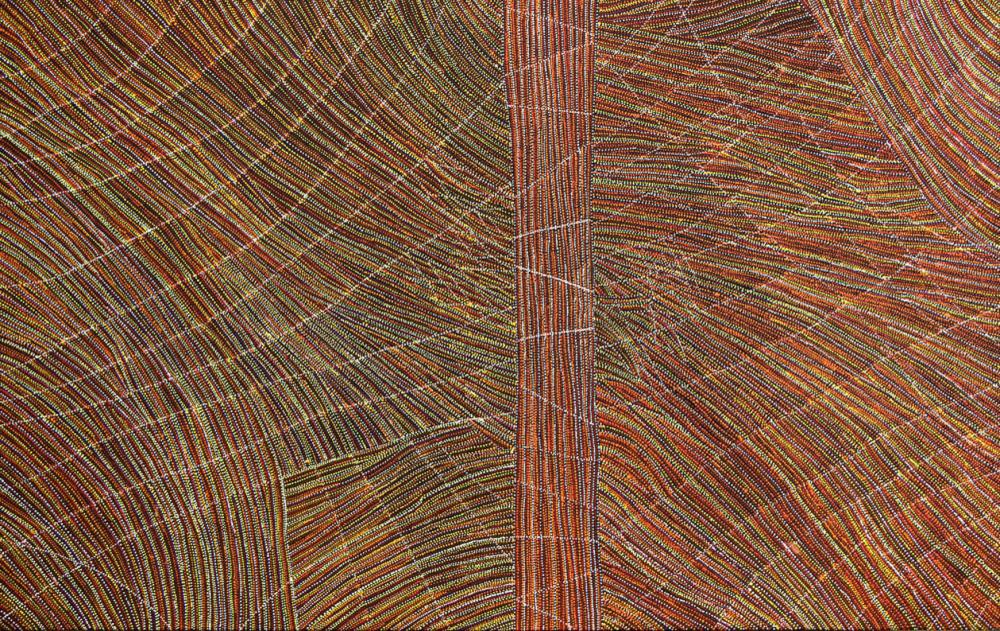 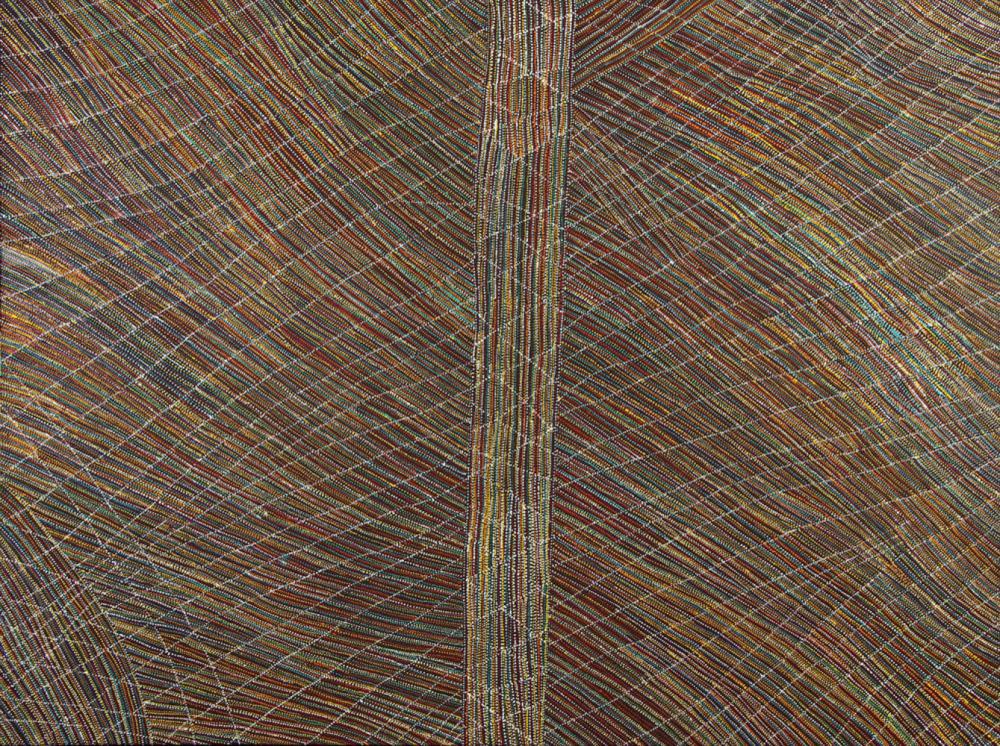