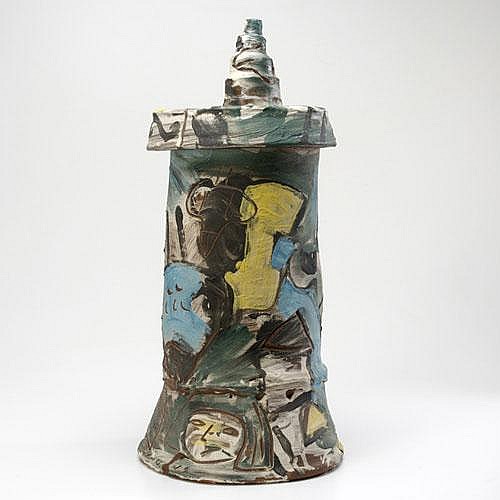 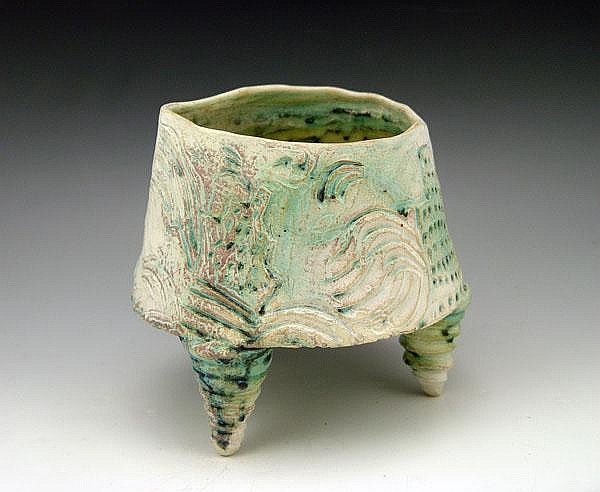 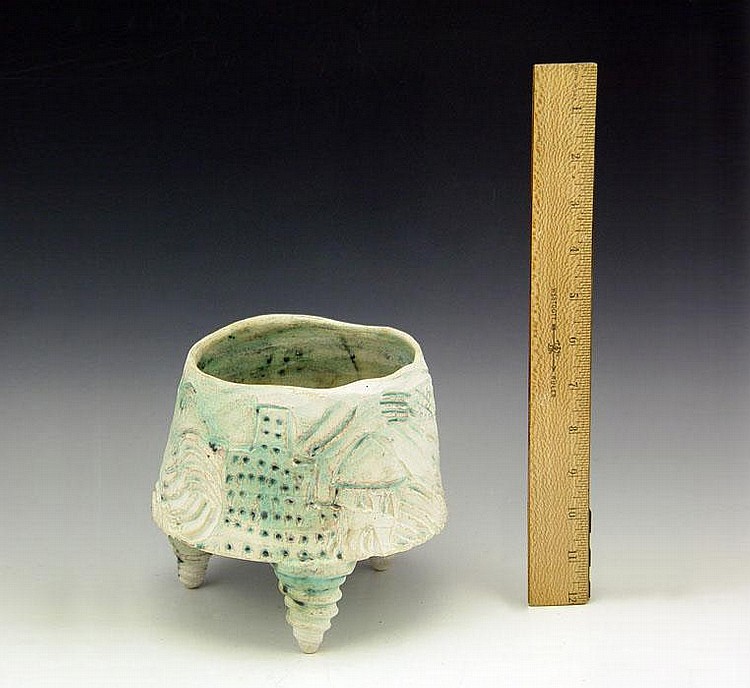 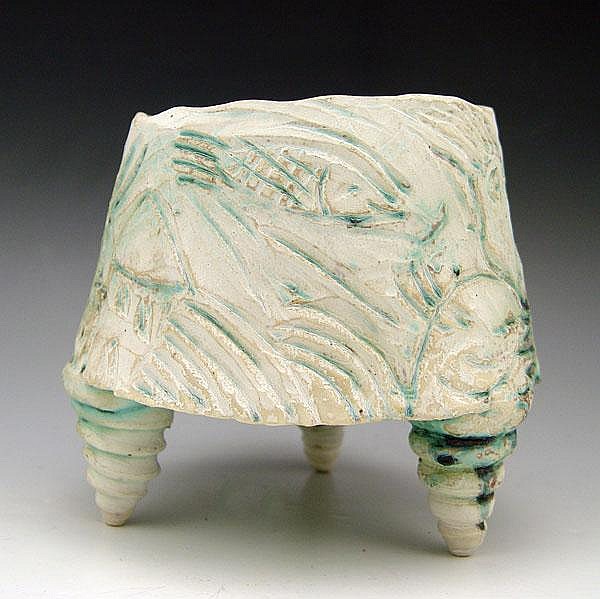 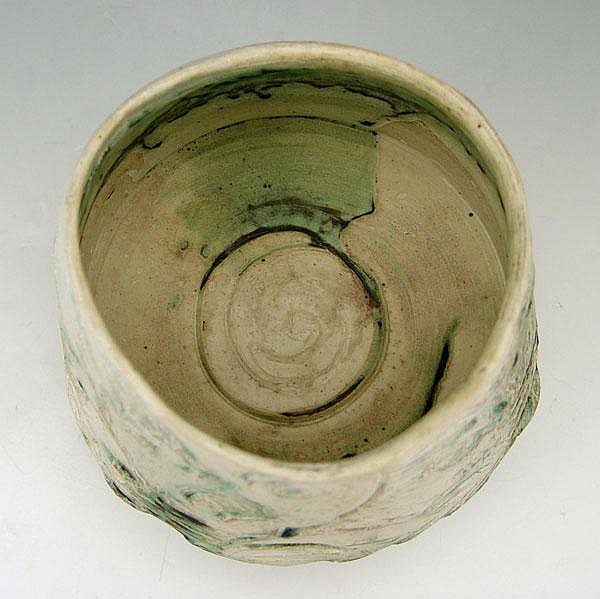 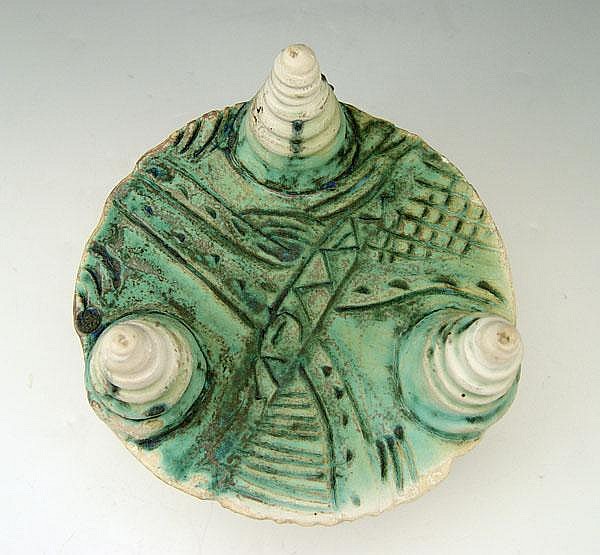 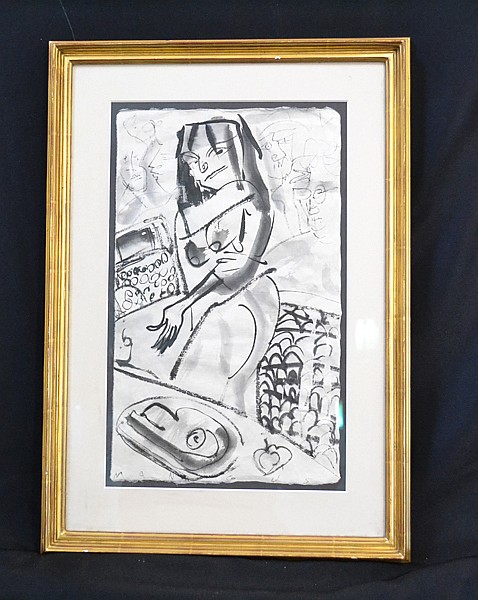 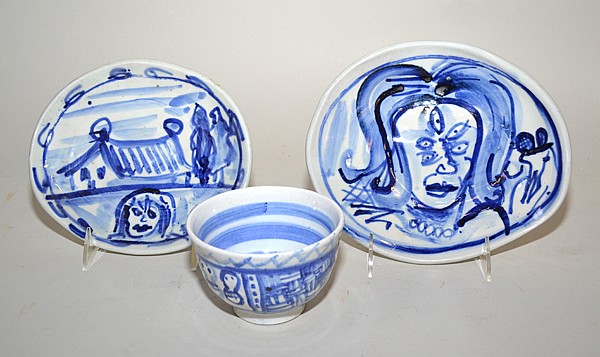 Kirk Mangus (1952–2013) was an internationally renowned ceramic artist and sculptor "known for his playful, gestural style, roughhewn forms, and experimental glazing". His murals, works in clay, on paper, in wood, and other media pull from a rich and diverse set of influences: ancient Greco-Roman art, mythology, Japanese woodblock prints, comic books, folk stories, from Meso-American through Middle-Eastern and Asian ceramic traditions as well as the people he saw, the places he travelled, and his own dreamworld. He loved experimenting with new mediums, local materials, clay bodies, slips, kiln-building and the firing process.

Born in Sharon, PA, Mangus developed an early love of art from his parents who introduced him to Toshiko Takaezu, then at the Cleveland Institute of Art and sent him to study at Penland School of Crafts. Their inspiration and encouragement led him to receive his BFA from the Rhode Island School of Design (1975) and MFA from Washington State University, Pullman (1979). Mangus would remain friends with Takaezu throughout her life and fired her work over the years in his Anagama kilns in Pennsylvania and Ohio.

Mangus was Head of Ceramics at Kent State University from 1985 till his death in 2013 and also taught at Alfred University Summer School, Cleveland Institute of Art, and Cranbrook Academy of Art. He has lectured widely across the United States and internationally.

He was married to Eva Kwong, also an artist, whom he met as an undergrad at RISD. While their work styles differed greatly, they were both partners and collaborators. 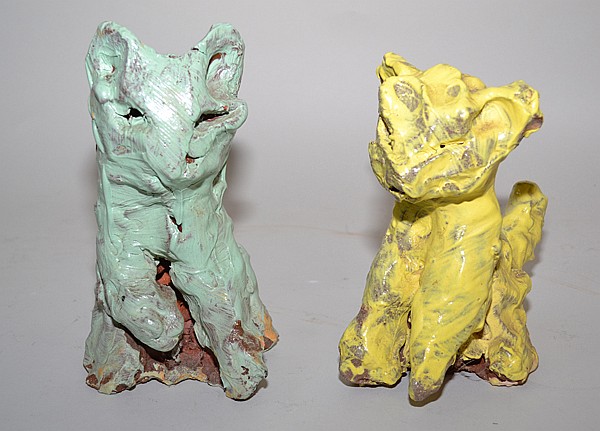