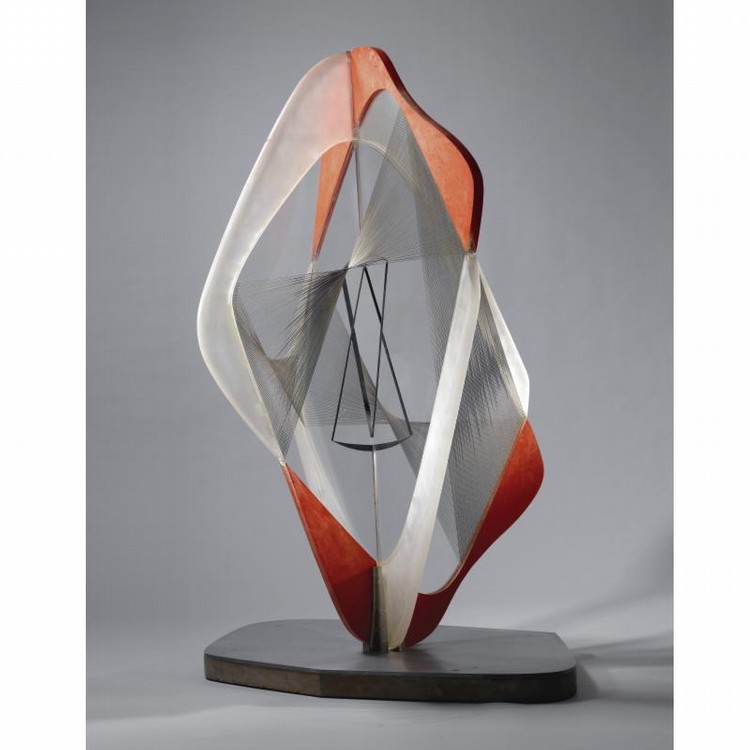 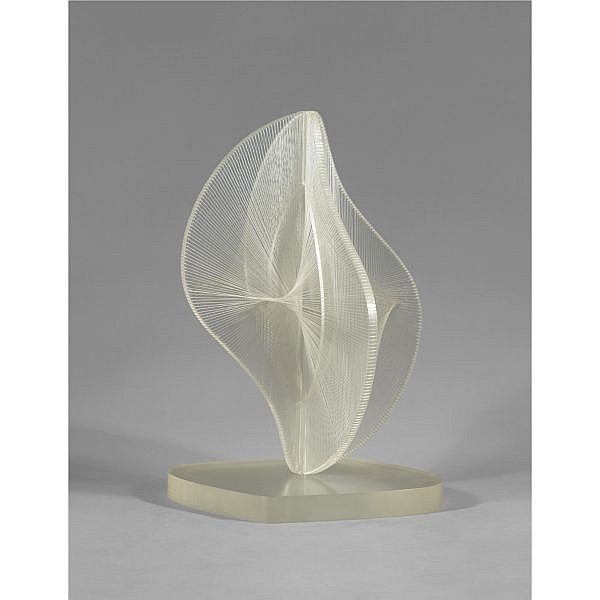 Naum Gabo , 1890-1977 LINEAR CONSTRUCTION IN SPACE NO. 2 perspex with nylon monofilament on a perspex base 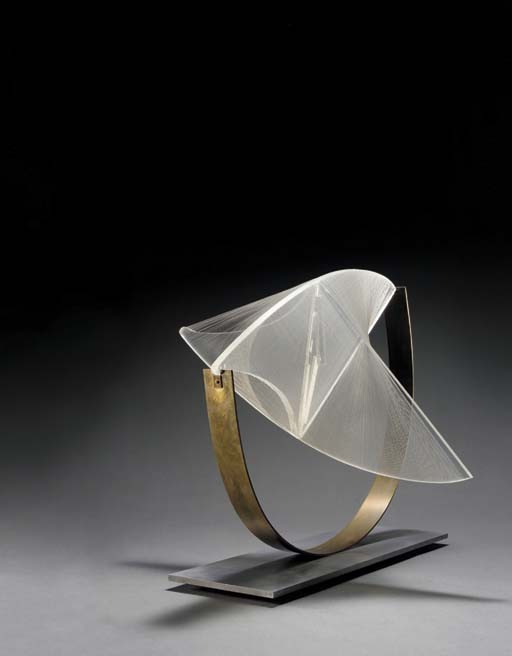 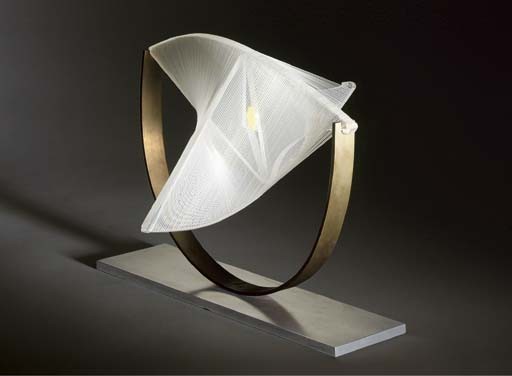 Naum Gabo, KBE born Naum Neemia Pevsner (5 August [O.S. 24 July] 1890 – 23 August 1977) (Hebrew: ???? ????? ?????), was an influential sculptor, theorist, and key figure in Russia's post-Revolution avant-garde and the subsequent development of twentieth-century sculpture.[1] His work combined geometric abstraction with a dynamic organization of form in small reliefs and constructions, monumental public sculpture and pioneering kinetic works that assimilated new materials such as nylon, wire, lucite and semi-transparent materials, glass and metal. Responding to the scientific and political revolutions of his age, Gabo led an eventful and peripatetic life, moving to Berlin, Paris, Oslo, Moscow, London, and finally the United States, and within the circles of the major avant-garde movements of the day, including Cubism, Futurism, Constructivism, the Bauhaus, de Stijl and the Abstraction-Création group.[2][3] Two preoccupations, unique to Gabo, were his interest in representing negative space—"released from any closed volume" or mass—and time.[1] He famously explored the former idea in his Linear Construction works (1942-1971)—used nylon filament to create voids or interior spaces as "concrete" as the elements of solid mass—and the latter in his pioneering work, Kinetic Sculpture (Standing Waves) (1920), often considered the first kinetic work of art.[4][5]

Gabo elaborated many of his ideas in the Constructivist Realistic Manifesto, which he issued with his brother, sculptor Antoine Pevsner as a handbill accompanying their 1920 open-air exhibition in Moscow. In it, he sought to move past Cubism and Futurism, renouncing what he saw as the static, decorative use of color, line, volume and solid mass in favor of a new element he called "the kinetic rhythms (…) the basic forms of our perception of real time."[6] Gabo held a utopian belief in the power of sculpture—specifically abstract, Constructivist sculpture—to express human experience and spirituality in tune with modernity, social progress, and advances in science and technology.[2][3][5] After working on a smaller scale in England during the war years (1936-1946), Gabo moved to the United States, where he received several public sculpture commissions, only some of which he completed.[1] These include Constructie, an 81-foot commemorative monument in front of the Bijenkorf Department Store (1954, unveiled in 1957) in Rotterdam, and Revolving Torsion, a large fountain outside St Thomas Hospital in London. The Tate Gallery, London held a major retrospective of Gabo's work in 1966 and holds many key works in its collection, as do the Museum of Modern Art and Guggenheim Museum in New York. Work by Gabo is also included at Rockefeller Center in New York City and The Governor Nelson A. Rockefeller Empire State Plaza Art Collection in Albany, NY. 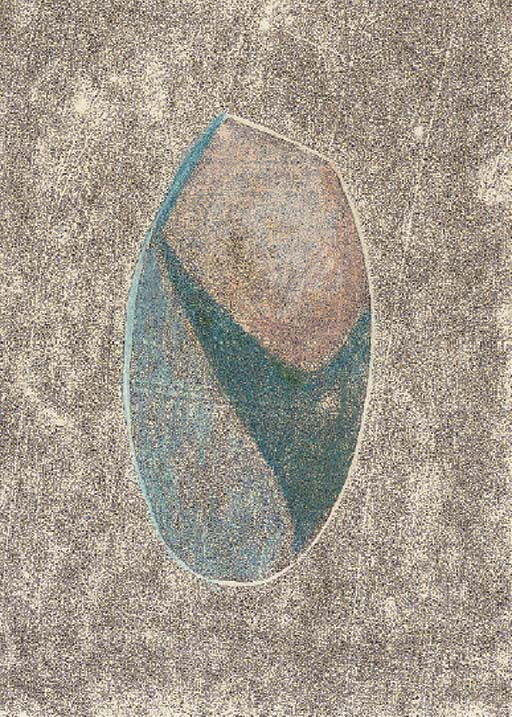 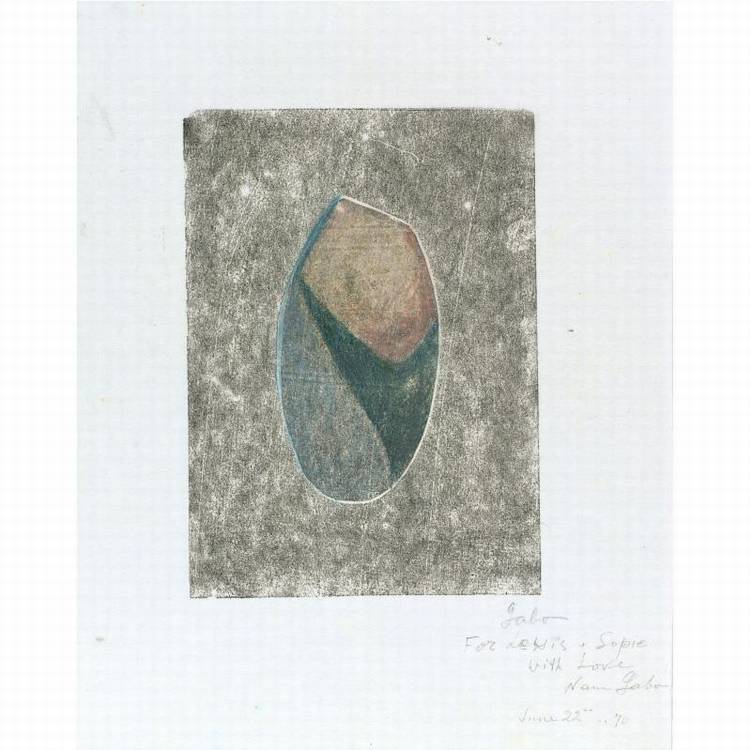 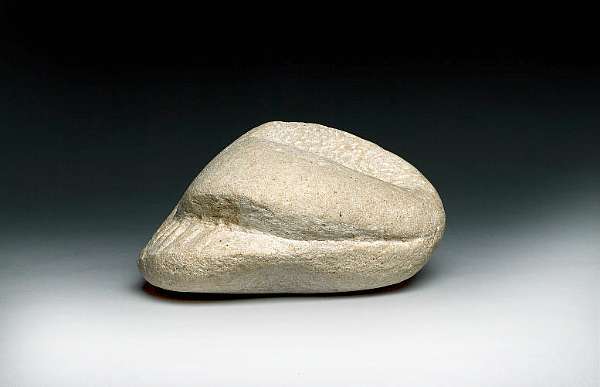 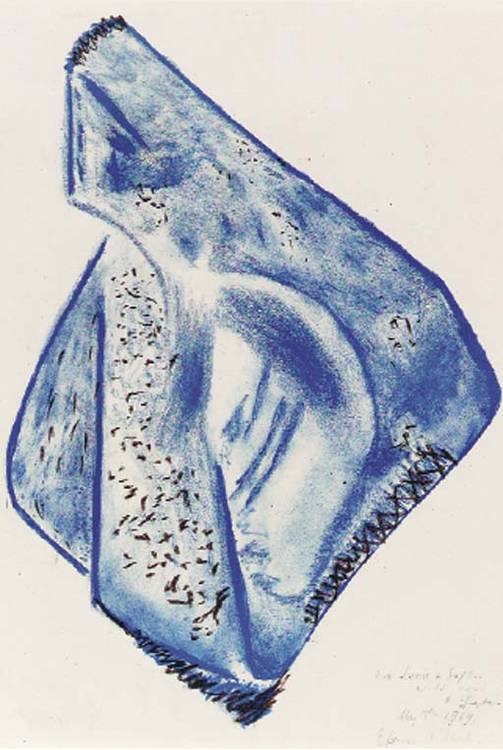 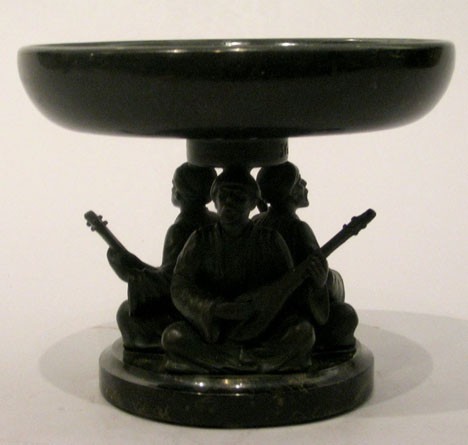 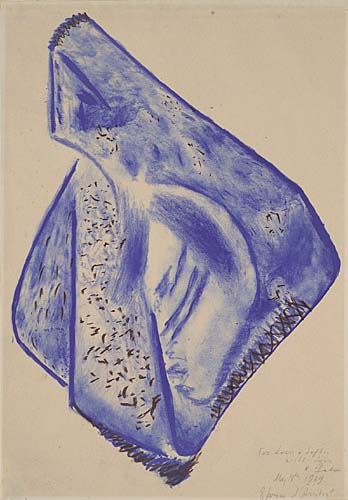 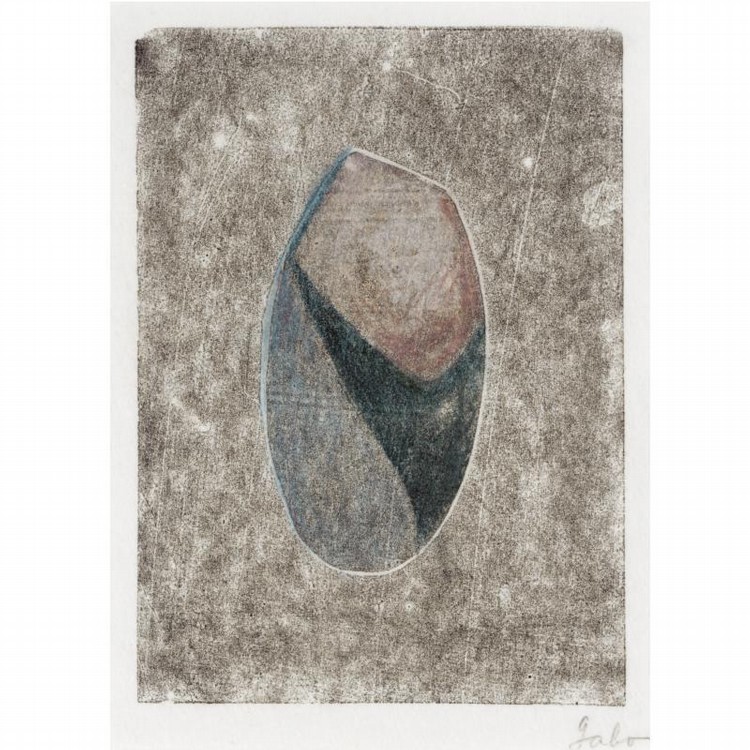 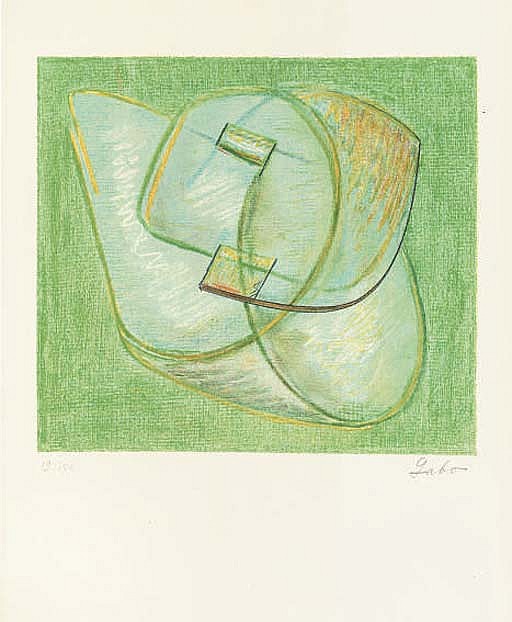 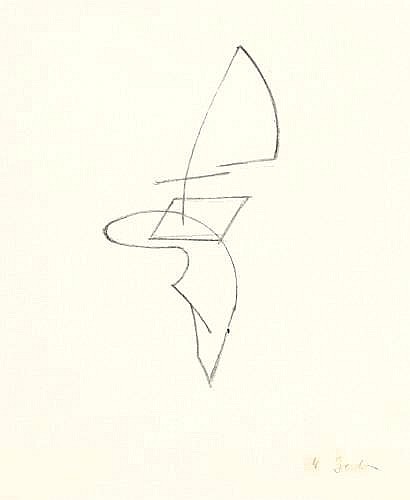