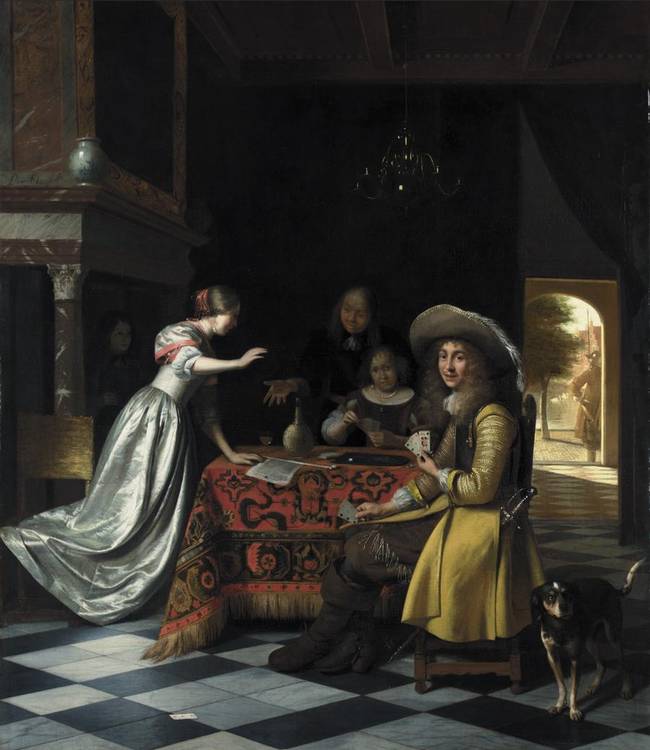 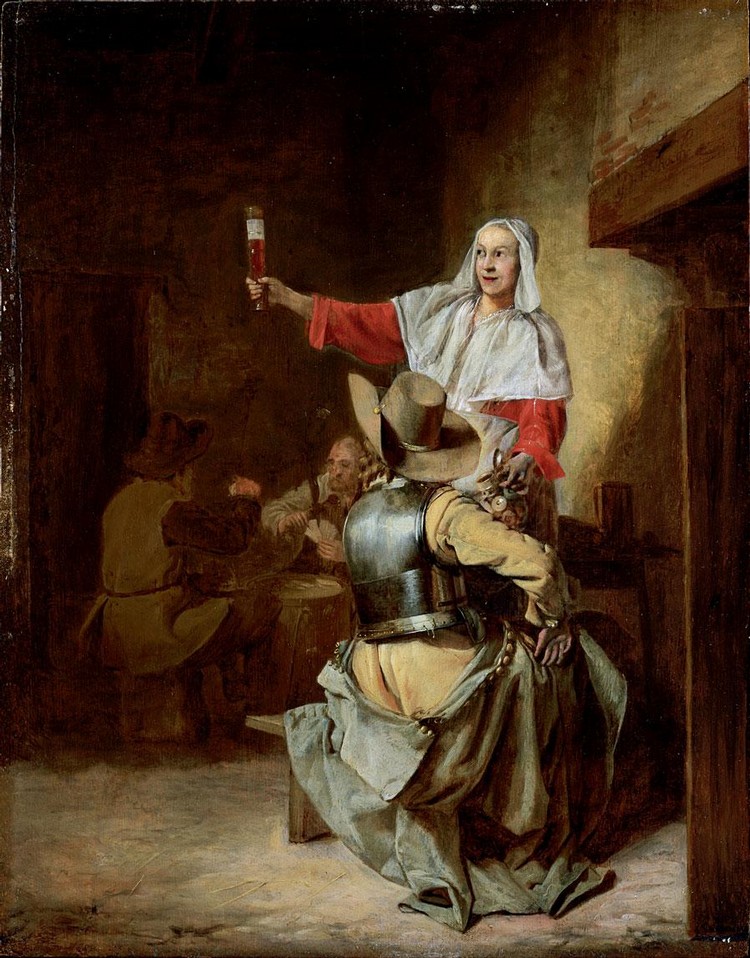 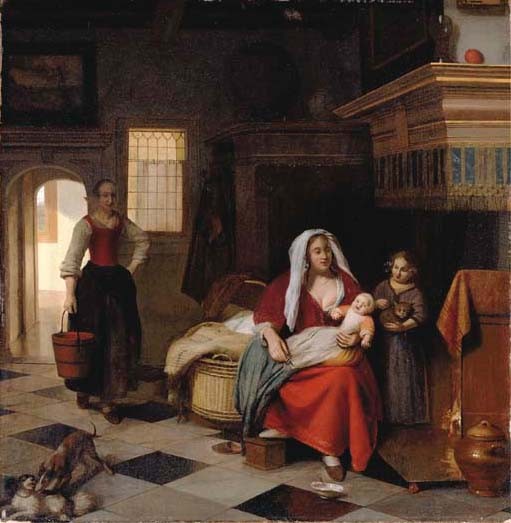 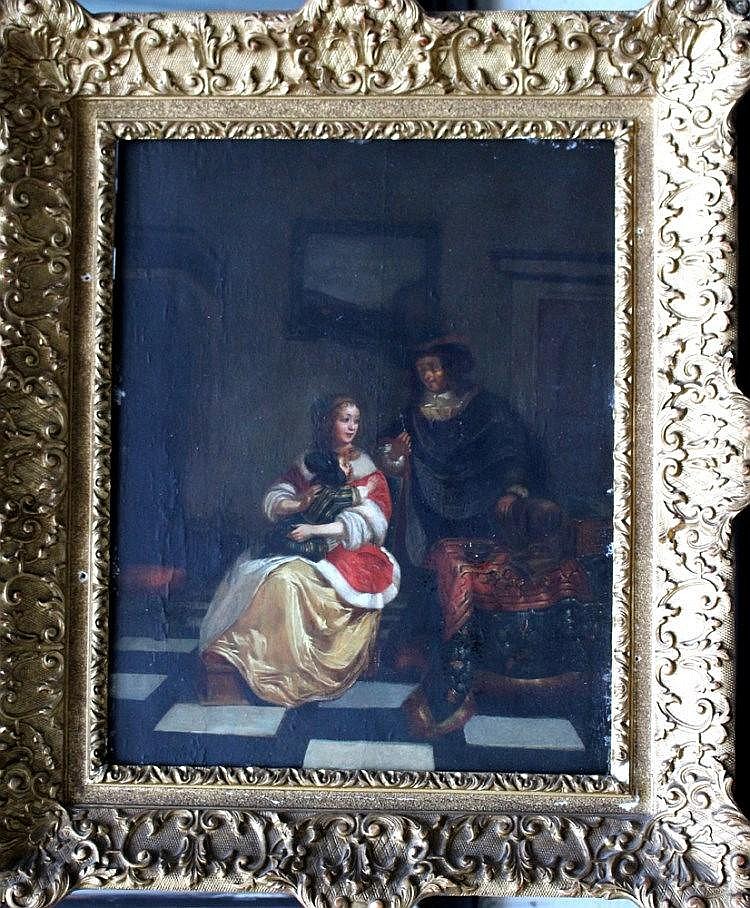 Pieter de Hooch (1629-1684)-school, Dutch interior scene with a family presenting a rattle to their

(b Rotterdam, Netherlands, 1629; d Amsterdam, Netherlands, 1684) Dutch painter. A Dutch genre painter, De Hooch was a native of Rotterdam and his earliest pictures are tavern and guardroom scenes dependent on the genre pictures of Rotterdam painters such as Ludolf de Jongh and Hendrick Martensz. De Hooch is thought to have been a pupil of the Haarlem landscape painter Nicolaes Berchem. He moved to Delft, temporarily in 1652, and on a more permanent basis around 1654. De Hooch entered the Delft Guild in 1655; two years after Vermeer. His achievement in the late 1650s directly parallels that of the Delft-born Jan Vermeer, who was less than three years his junior. During De Hooch’s time in Delft, both artists came under the influence of the color and strict lines of the art of Carel Fabritius. De Hooch developed a personal style, basing his compositions on a skilful use of perspective with natural light falling on a scene. This decision to leave Delft was no doubt prompted by the prospect of a larger market for his paintings in the thriving commercial centre of Amsterdam. Here he responded to a wealthier, more aspirational clientele, by increasingly producing pictures depicting more sumptuously dressed figures in more luxurious interiors, and painting on a larger scale than he had tended to do in Delft. Although an unevenness and later falling off in quality, characterizes the Amsterdam period, from his arrival in the city through into the mid-1670s, De Hooch was still capable of painting individual pictures that rival the best works of his Delft years. De Hooch’s work is known for his unique handling of light and use of windows or doorways into and out of a particular scene. De Hooch died in an insane asylum in 1684. (Credit: Sotheby’s, London, Old Master Paintings, Part 1, July 7, 2004, lot 20; Christie’s, London, Important Old Master Pictures Day Sale, December 8, 2006, lot 177) 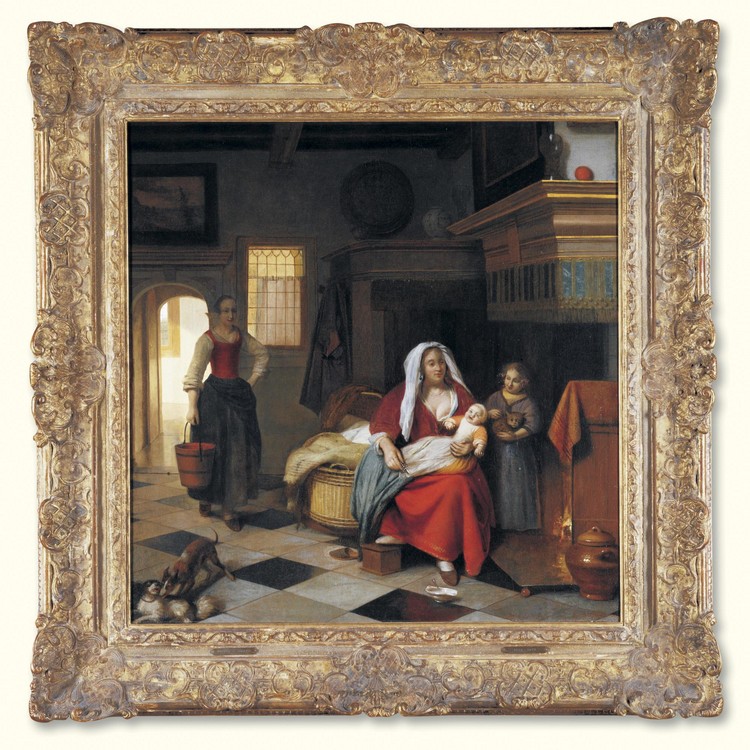 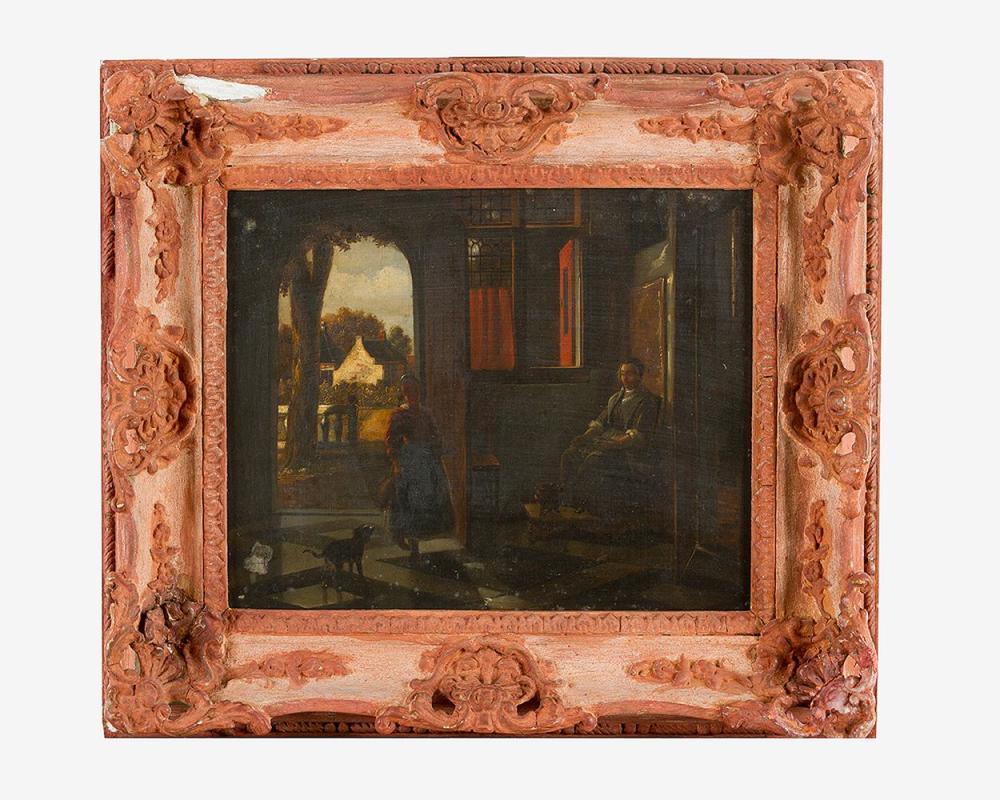 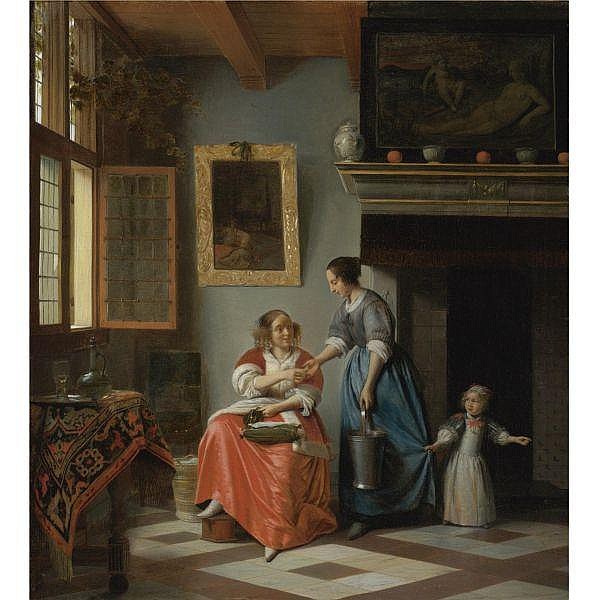 Pieter de Hooch , Rotterdam 1629 - 1684 Amsterdam A Woman Handing a Coin to a Serving Woman with a Child oil on canvas 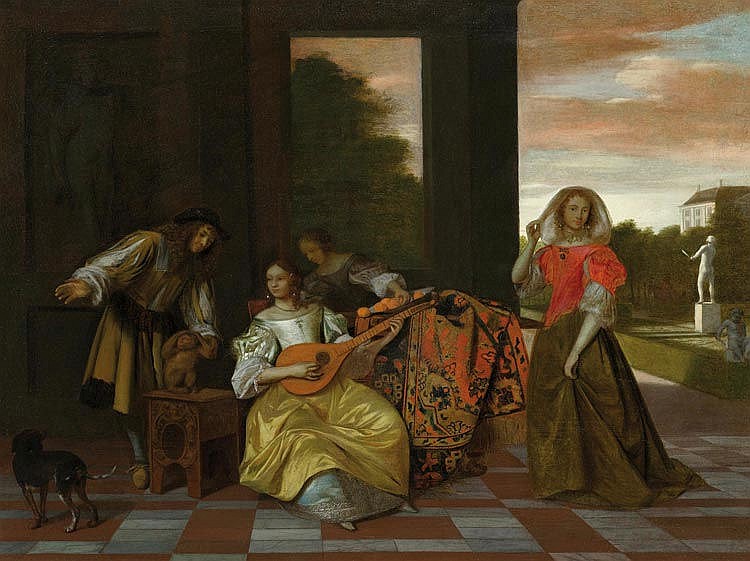 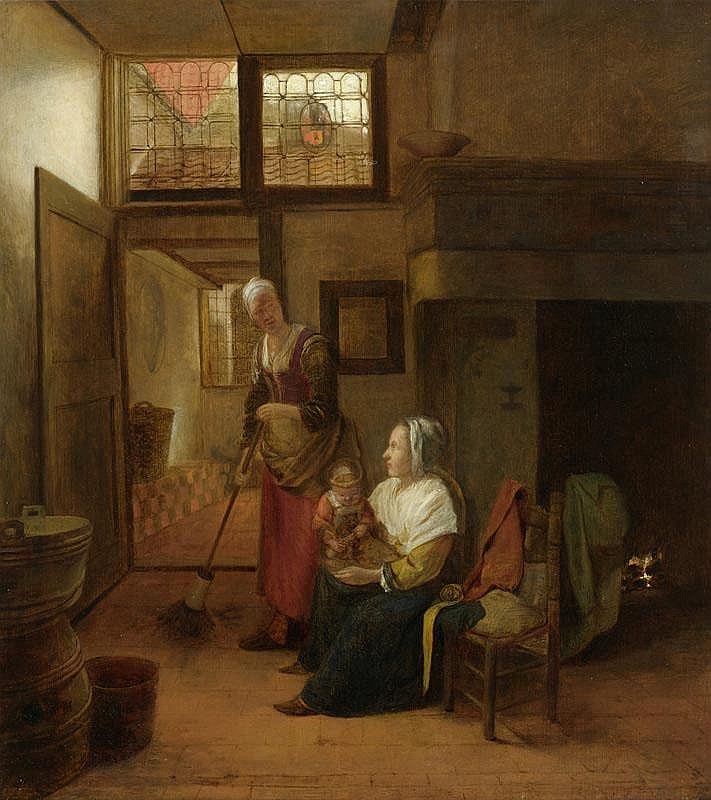 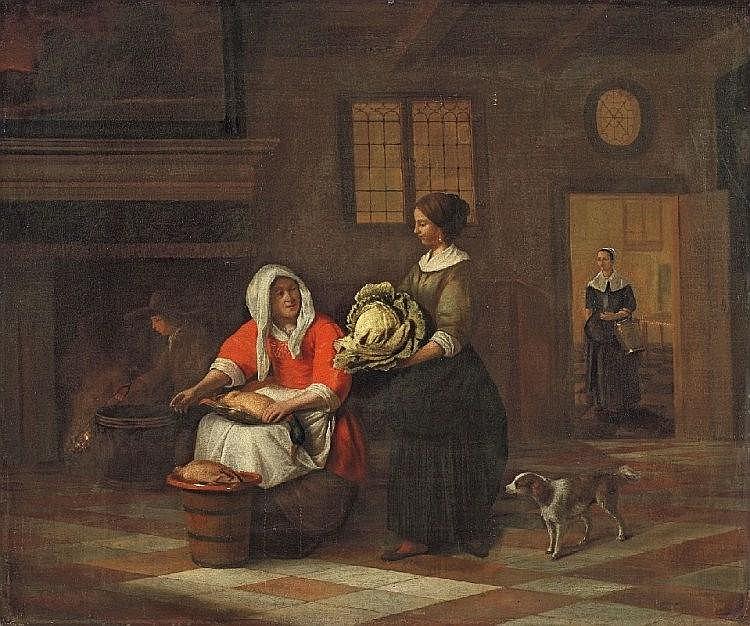 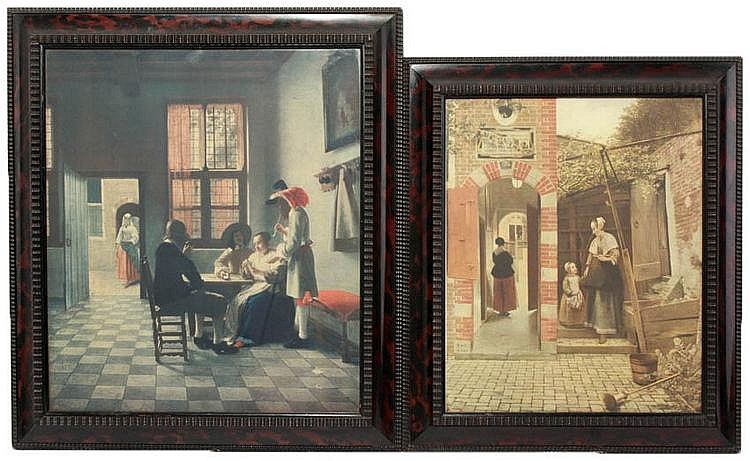 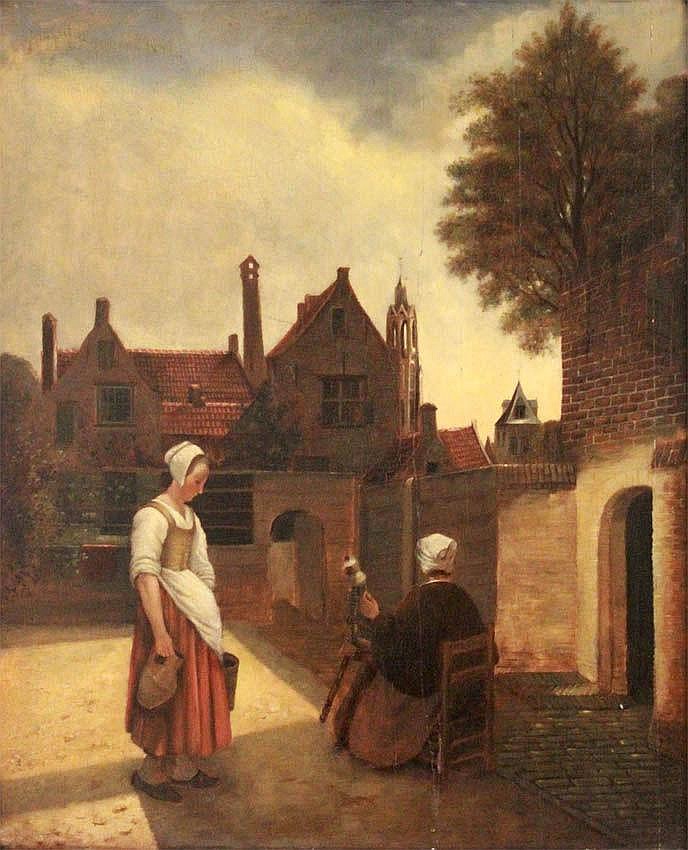 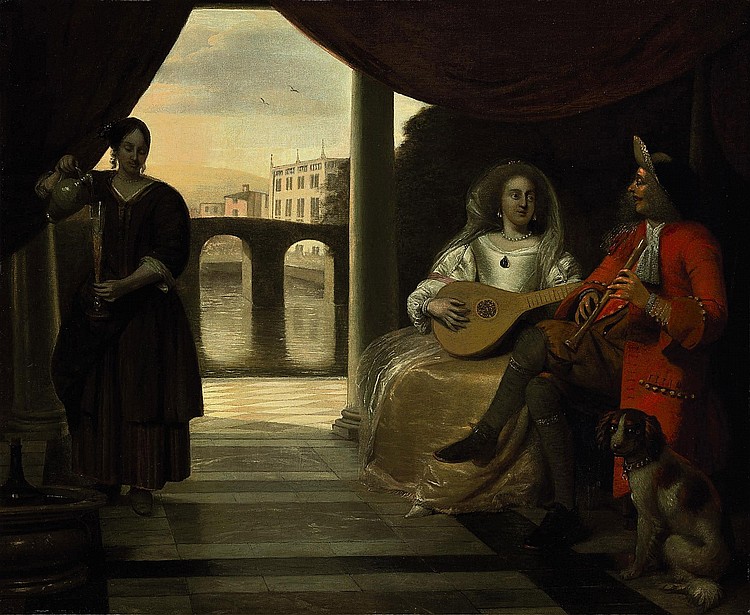