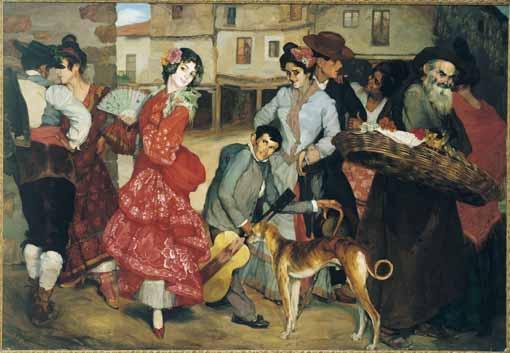 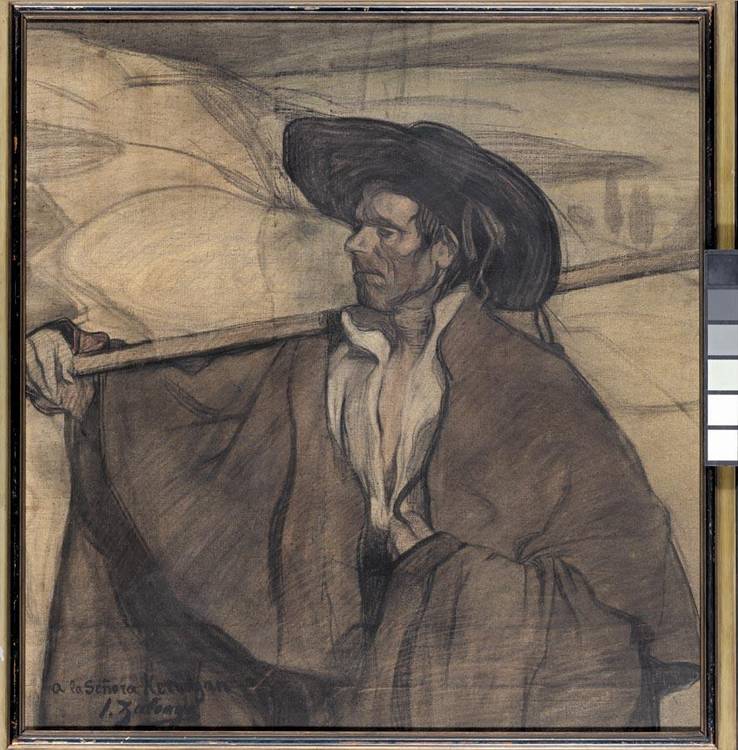 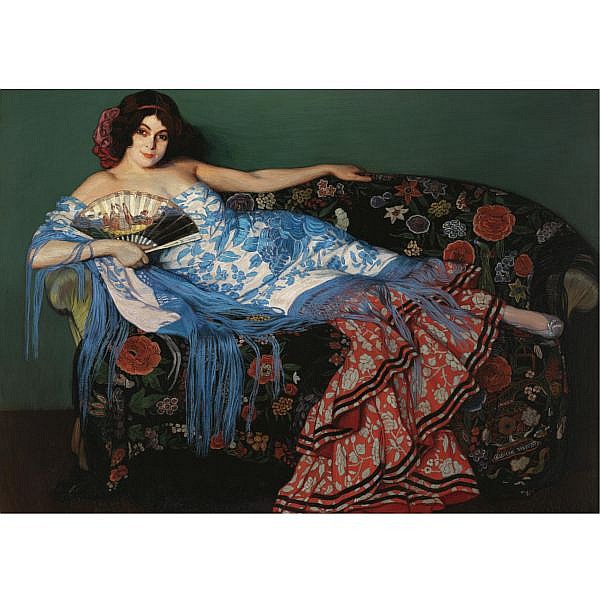 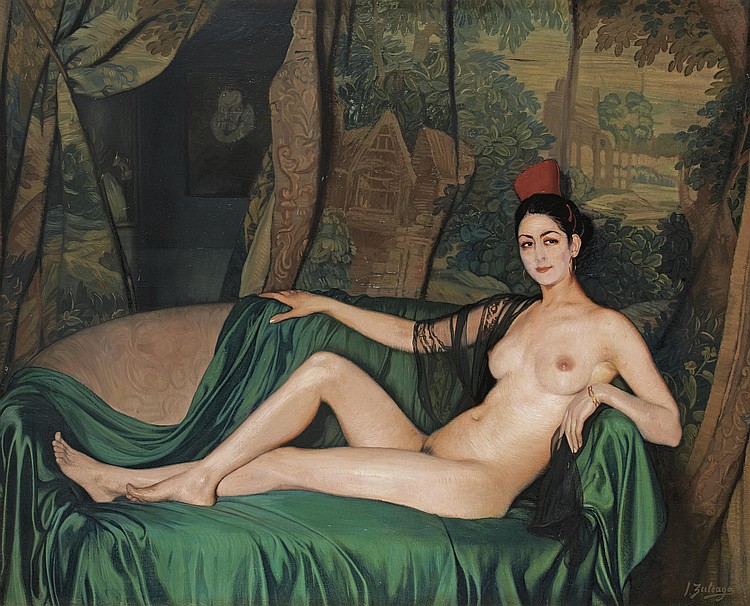 In his youth, he drew and worked in the armourer's workshop of his father, Plácido.[3] His father's craftmanship, a familial trade, was highly respected throughout Europe, but he intended his son for either commerce, engineering, or architecture, but during a short trip to Rome with his father, he decided to become a painter.[4] His first painting was exhibited in Paris in 1890.[5]
Zuloaga and his wife c. 1900)
Castilian Landscape (1909), Museum of Fine Arts, Boston
My Uncle Daniel and his Family (1910), Museum of Fine Arts, Boston

At the age of 18 he moved to Paris, settling in Montmartre, to find work and training as a painter. He was nearly destitute, and lived off some meager contributions by his mother and the benevolence of fellow Spaniards, including Paco Durrio, Pablo Uranga, and Santiago Rusiñol.[6]

After only six months' work he completed his first picture, which was exhibited at the Paris Salon of 1890. Continuing his studies in Paris, where he lived for five years, he was in contact with post-impressionists such as Ramon Casas, Gauguin and Toulouse-Lautrec, yet his tendencies were always to a thematic that was more ethnic in scope.

He attempted to gain success during a sojourn in London; but lackluster patronage led him to return to Spain, settling in Seville, then Segovia, and developed a style based on a realist Spanish tradition, recalling Velázquez and Murillo in their earthy colouring and genre themes. He painted portraits of attired bullfighters and flamenco dancers; or portraits of family members and friends in such attire. He also painted village dwarves (El enano Gregorio el Botero; Hermitage, St Petersburg, Russia) and beggars, often as stark figures in a dreary landscape with a traditional landscape or town in the background. He also painted some village-scape scenes.[7] He favored earth or muted tones, including maroon, black, and grey, with the exception of colorful folk attire or the bright red cassock in some paintings.

Zuloaga married Valentine Dethomas on May 18, 1899. Valentine's brother, Maxime Dethomas, was a fellow student of Zuloaga in Paris.

Zuloaga and his patrons felt slighted in 1900, when his painting Before the Bull-fight was rejected for inclusion into the Spanish representation at the Universal Exposition in Brussels. In 1899, one of his paintings exhibited in Paris had been purchased for the Luxembourg Palace. However, he did exhibit the painting at the Exposition of the Libre Esthetique in Brussels, and did see it acquired by the Modern Gallery in Brussels. He was accepted into the Venice Biennale in 1901 and 1903,[8] and displayed 34 canvases at the Barcelona International exposition of 1907.[9]

Among one of the more prominently displayed works is his Cristo de la Sangre (Christ of the Blood) or Hermandad del Cristo Crucificado (Brotherhood of the Crucified Christ), on display at the Museo Reina Sofia in Madrid. He also painted a similarly painting of individuals undergoing a traditional mortification of the flesh and a bleeding crucified Christ called The Flagellants (1900). These paintings were praised by Unamuno in his book on De Arte Pictorico as being honest representation of Spain: a Spain religious and tragic, a black Spain.[10] rooted in the particularly Spanish Catholic fascination with mutilating penance.

View All Ignacio Zuloaga for Sale at Auction Now 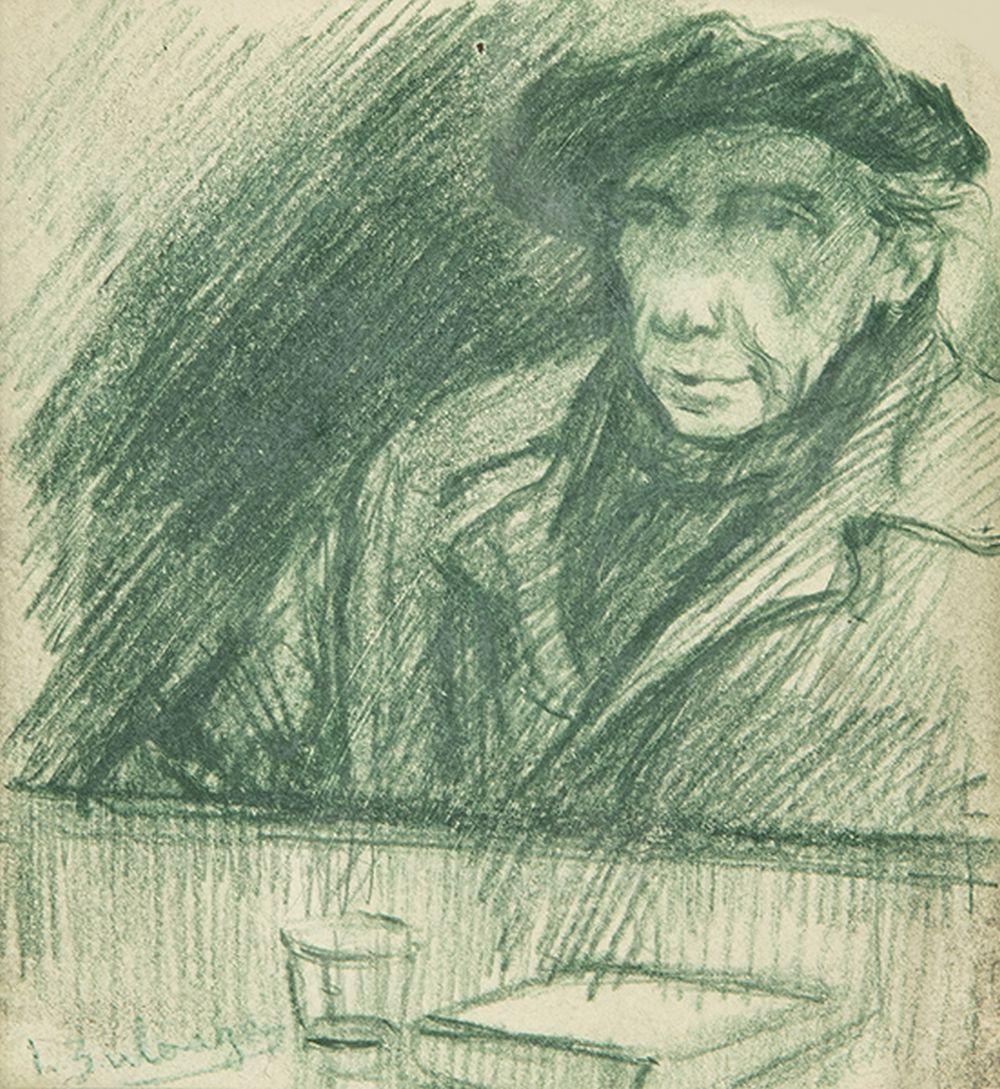 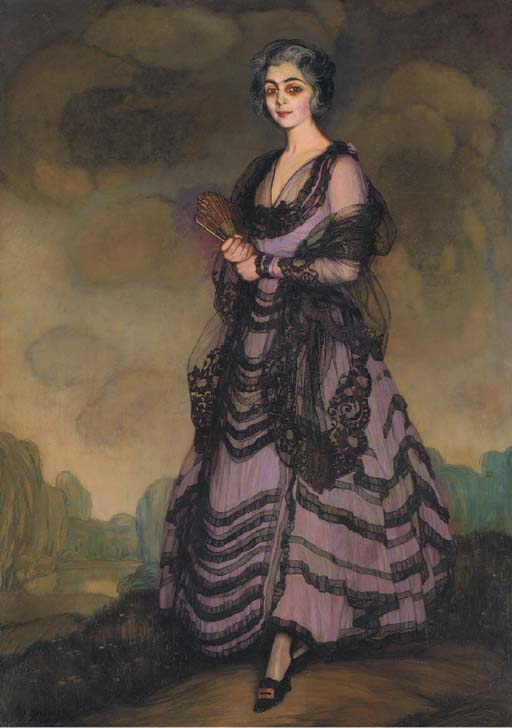 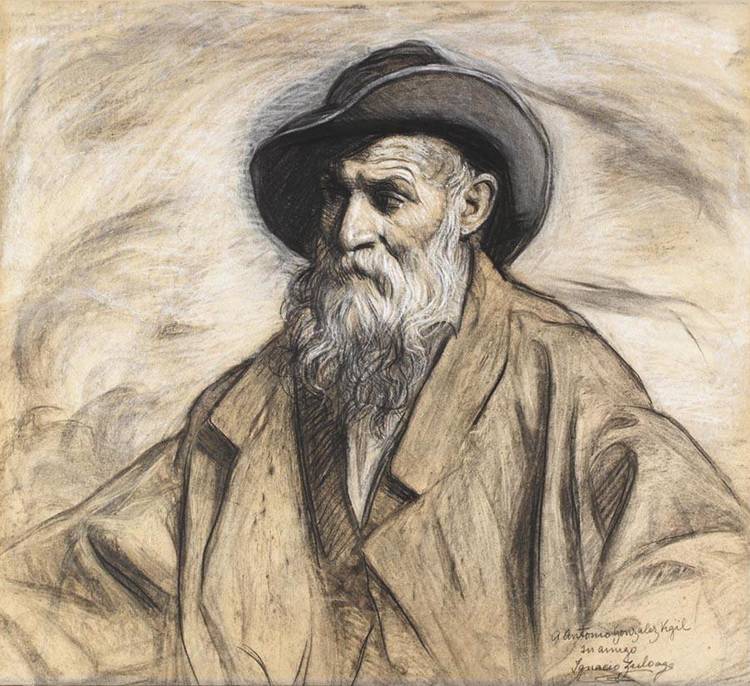 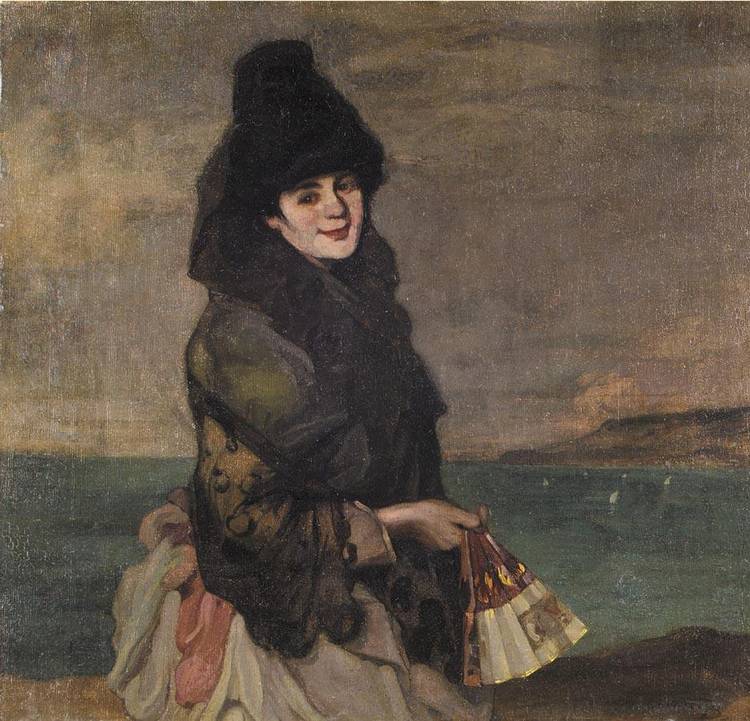 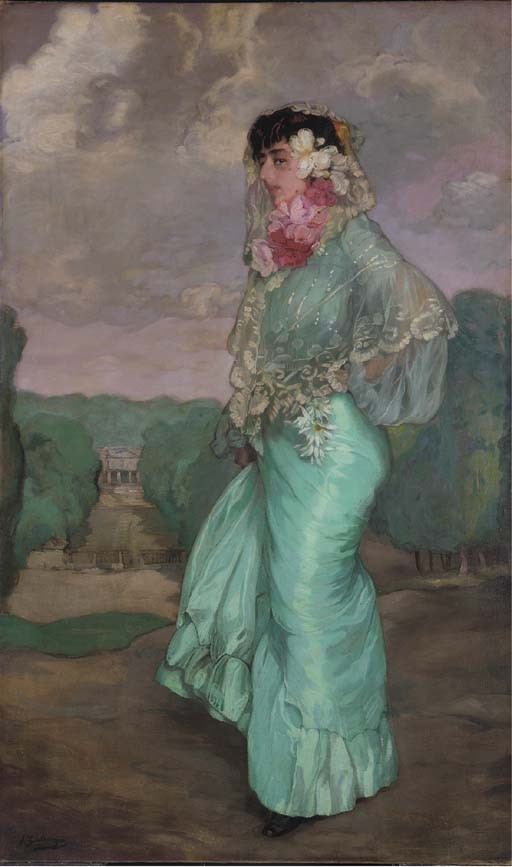 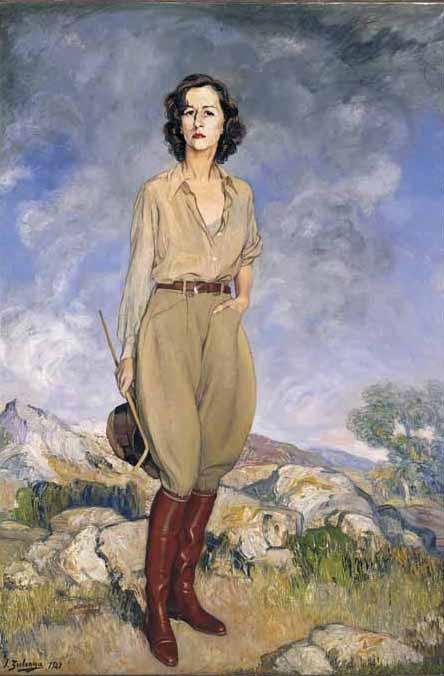 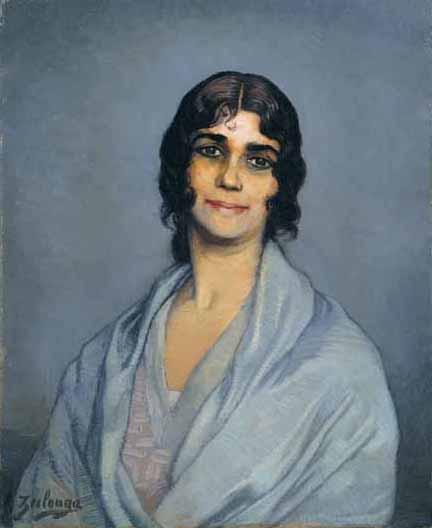 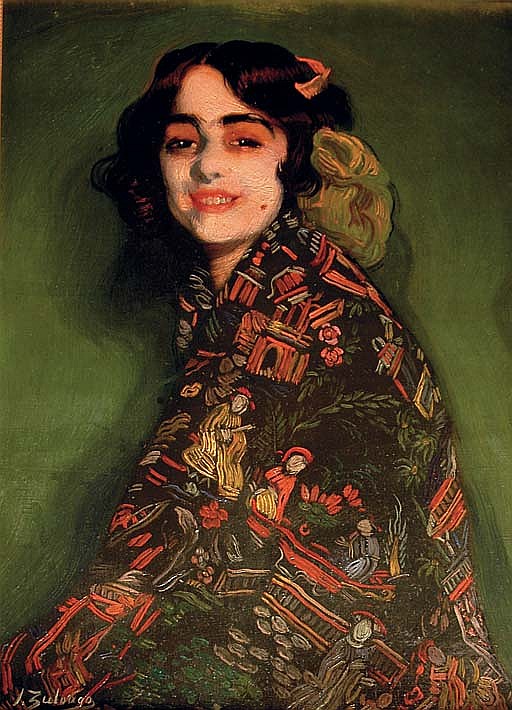 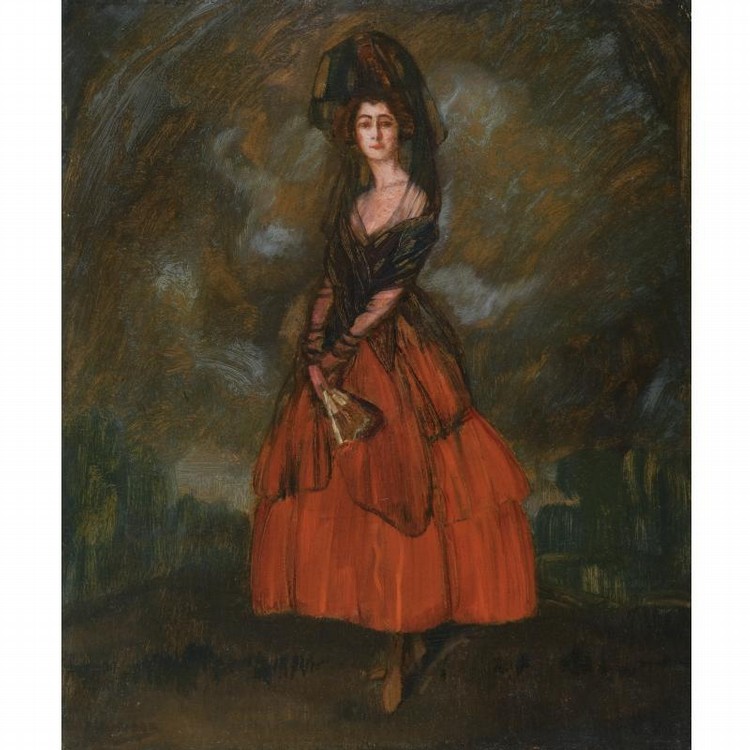 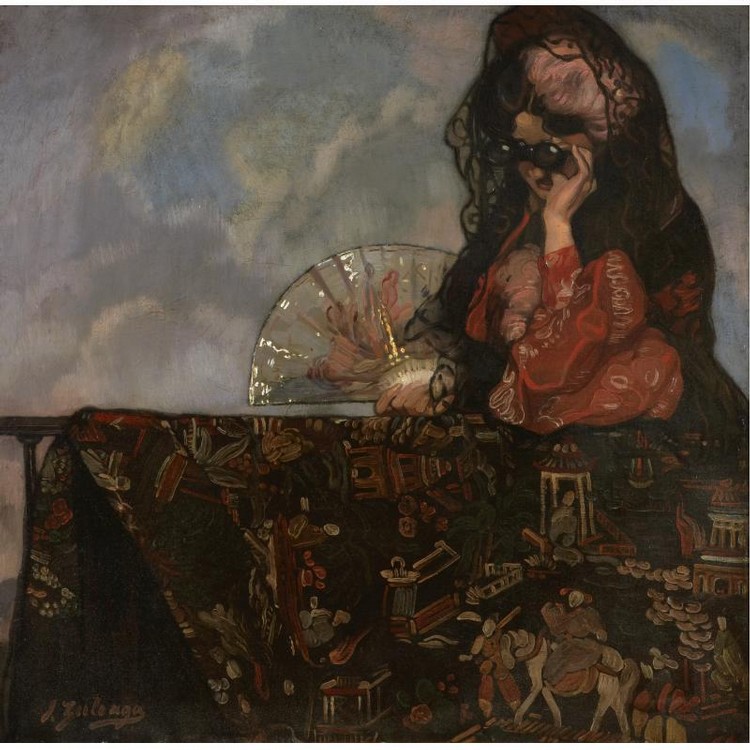 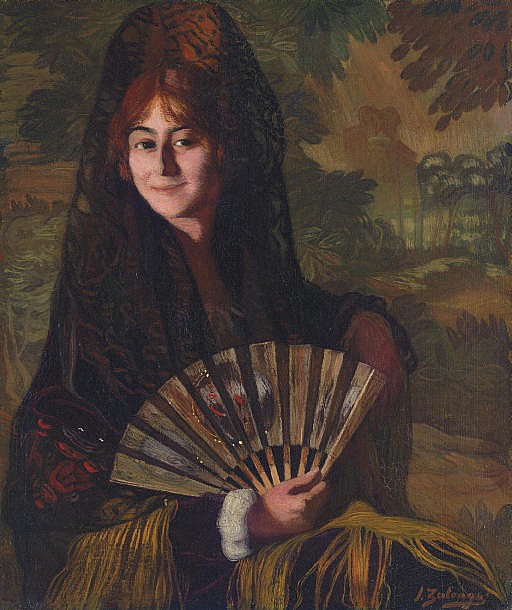