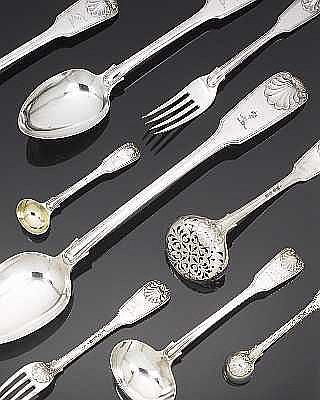 Silver and Objects of Vertu including Flatware