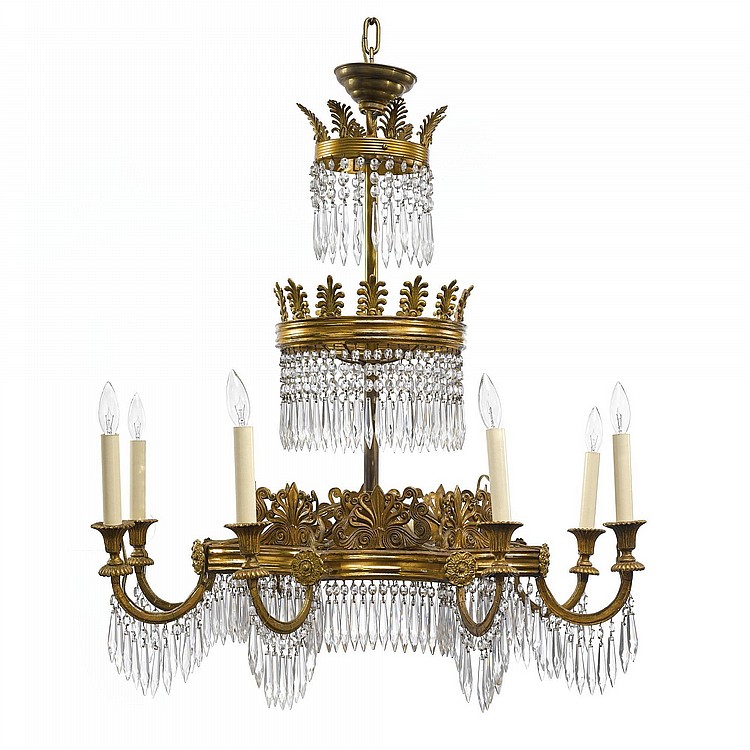 A GERMAN NEOCLASSICAL GILT METAL, GILTWOOD AND CUT GLASS CHANDELIER, AFTER A DESIGN BY KARL FRIEDRICH SCHINKEL (1781-1841) CIRCA 1835

Lot 162: A GERMAN NEOCLASSICAL GILT METAL, GILTWOOD AND CUT GLASS CHANDELIER, AFTER A DESIGN BY KARL FRIEDRICH SCHINKEL (1781-1841) CIRCA 1835