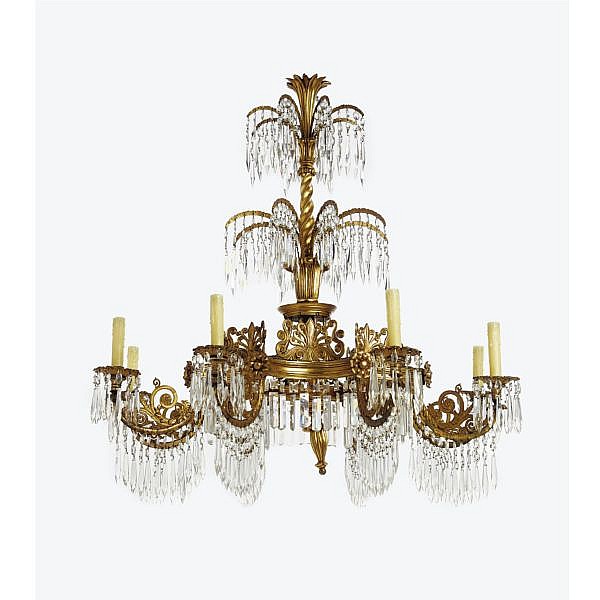 A German neoclassical gilt-metal, giltwood and cut-glass eight-light chandelier, after a design by Karl Friedrich Schinkel circa 1835

Lot 330: A German neoclassical gilt-metal, giltwood and cut-glass eight-light chandelier, after a design by Karl Friedrich Schinkel circa 1835

with a spray corona above a baluster twisting standard with a further spray above an eight concave-sided drop-lined corona mounted with anthemion motifs, each patera-mounted end of the corona issuing scrolling foliate candle arms, lined with drops. Wired for electricity.