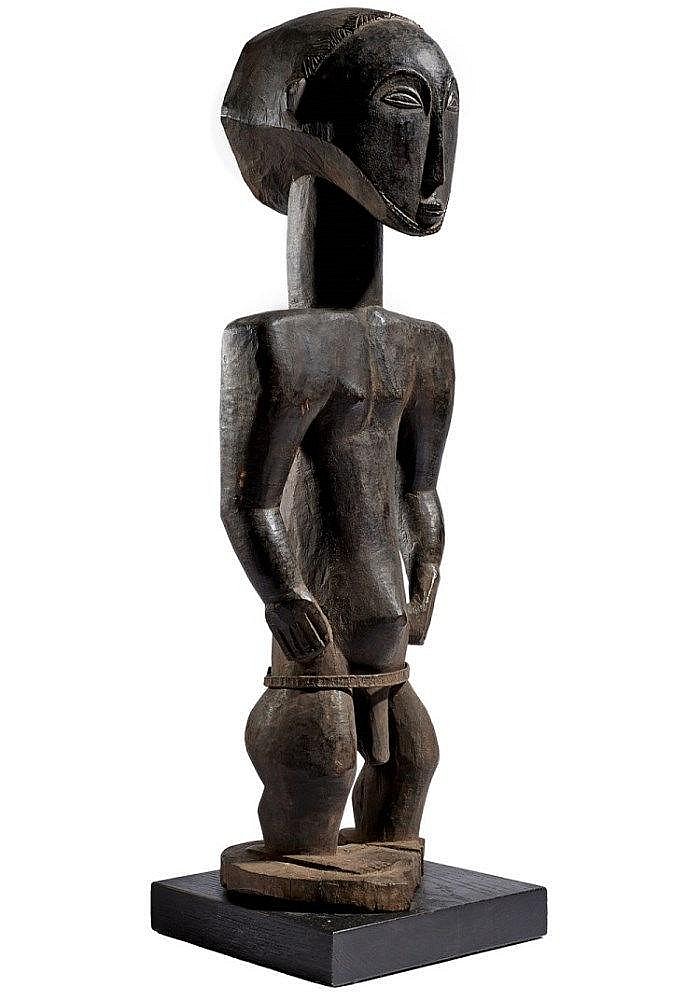 Wood - 75 cm
D.R. Congo
Provenance
Galerie Alain de Monbrison, Paris
Acquired in the 1970's
Important Belgian collection
Singiti, Ancestor figure. Beautiful
head whose nobility is expressed by the
refined features of the face with a large
coiffure projected backwards. Standing
on two strong legs, the powerful torso
with the hands resting on the stomach.
The elegance of the figure is the result
of rigour of the features and the subtle
asymmetries on the chest and in
the face. Beautiful encrusted patina.
A figure of the same hand belonging
to the Bronson collection has been
published in A Survey of Zairian Art,
The Bronson Collection, J.-A. Cornet,
North Carolina Museum of Art, 1978,
p. 50.

Auction house will help to arrange shipment at buyer's expense.

Auction house will help to arrange shipment at buyer's expense.