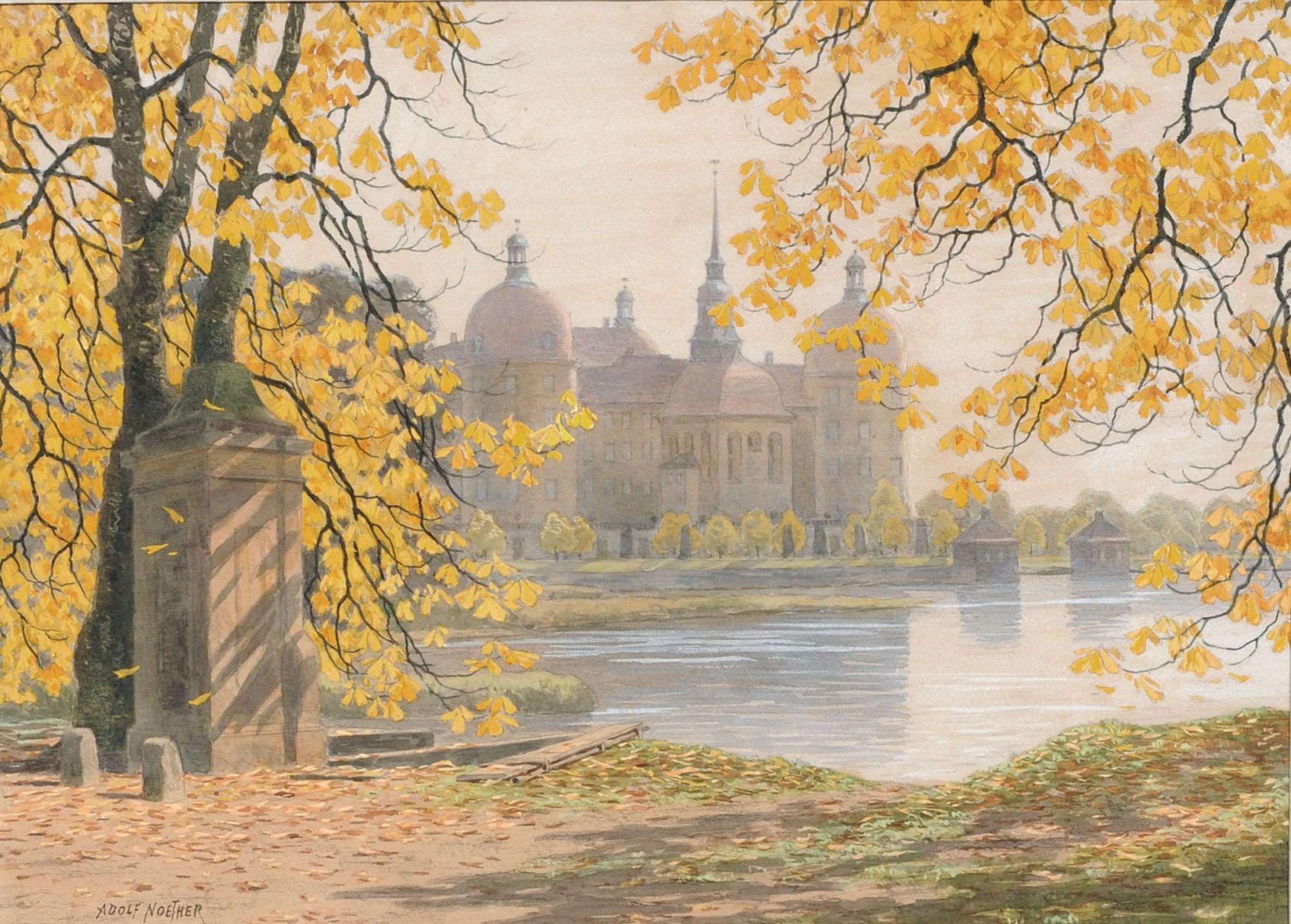 (This translation is for your guidance only. Please note that only the German version of these conditions of sale is legally binding.)

2.1 Schmidt Kunstauktionen Dresden OHG (herein after referred to as "the auction house") mainly holds auctions and the subsequent sale as an agent on his own behalf and on voluntary mandate and for the account of the depositor. The depositor shall remain unnamed.

2.2 All auction items may be viewed and inspected prior to the auction during the indicated preview times.

3.1 The prices named in the catalogue are non-binding estimated prices and are merely recommendations on the market-value of the displayed items

3.2 Auction items are, without exception, used and are sold "as is". In every respect the actual condition of the goods at the time of purchase is agreed condition. The auction house is not liable for any visible or hidden defects, for written or oral descriptions or reproductions of items. Descriptions serve as information for the bidder only, they do not constitute guaranteed qualities or other guarantees. Only such faults and damage to the objects which to the opinion of the auction house essentially impair the artistic or commercial value of the work will be included in the catalogue.

3.3 The auction house gives no warranty on functionality and operational safety of items or their compliance with current laws.

3.4 Any claims of the buyer will be against the auction house's depositor. The auction houses will forward justified complaints to the depositor within the statutory periods. All claims will elapse within 12 months.

3.5 The auction house reserves the right to correct catalogue entries prior to the auction. These corrections will either be displayed as written notice at the place of the auction or will be announced by the auctioneer immediately before the auction of the object concerned. The corrected entries replace any former descriptions.

4.1 Bidders unknown to the auction house who personally attend the auction are asked to show proof of their identity. They may further be asked to either make a cash deposit prior to the auction or to submit a recent creditworthiness confirmation issued by their bank.

4.2 Every bidder will be regarded as appearing under his own name and shall be deemed to act as principal. The bidder is personally liable, including any misuses of his bidding number.

4.3 If a bidder wishes to participate in the auction as a representative, he shall be required to submit the name and address of his principal as well as written legislation of his power of attorney. In cases of doubt the bidder shall buy in his own name and for his own account.

5.1 Applications for absentee bids or telephone or internet bidding must be forwarded to the auction house by 6 p.m. the day before the auction using the provided forms. The application must list the items with lot number and title. In case of doubt the catalogue number shall be binding.

5.2 Absentee bids shall name the maximum bid amount. The auction house will only bid as far as necessary to top any competing bids. In case of equal bids, the first received bid will be preferred.

5.3 Applications for telephone bidding shall indicate "telephone" instead of the bid amount. Telephone bidders will be called by the auction house when the requested lot is to be called up. The auction house recommends to place an additional written bid. This will only be taken into account, if a telephone connection cannot be established after several trials.

5.4 The auction house is not liable for transmission or processing of any bids or establishment of telephone or internet connections.

6.1 The auction house shall reserve the right to combine or separate lot numbers, to call up lots outside the catalogue order, to withdraw lots or to call up unsold lots once more.

6.2 The auctioning of an object will usually start below the estimate price. The auctioning runs in steps of 10% of the last bid. The auction house shall reserve the right to auction at other intervalls which are binding for the bidder. The knocking down shall be made following a triple call to the highest bidder. In the event of equal bids the decision on the knock-down is in the auction house's estimation. In the event of doubts about the last bid or the knocking down the object is called again. A formally announced bid remains valid until the end of the auction.

6.3 The auction house is entitled to refuse a bid or to knock-down subject to reservation.

6.4 If the limit agreed with the depositor is not reached, the auction house shall be entitled to make a knock-down subject to reservation. In that case the bid remains obligatory for four weeks after knock-down. The auction house may at any time sell the lot otherwise upon reception of a higher bid.

7.1 All bids and knock-down-prices are net prices, in which buyer's premium, VAT. or other fees are not included.

7.2 For the majority of lots, which are taxed according to the margin-scheme, a premium of 24% incl. VAT applies.

8.1 With knock-down the purchasing contract takes effect and purchasing price, premium and applicable tax and fees become due.

8.2 Ownership of the auctioned property only passes to the buyer when all claims of the auctioneer have been settled in full. Reservation of proprietary rights and right of retention extend on any items purchased by the same bidder and lasts until settlement of any claims against the bidder.

8.3 Legal tender is the Euro. Payment for purchases will only be accepted in cash, electronic cash, confirmed cheque, wire transfer or PayPal.

8.4 Cheques will only be accepted subject to fulfilment. Purchases can not be handed out earlier then five days after filing date of the cheque.

8.5 Any fees resulting from payments or currency exchange will be at the buyer's cost.

8.6 Invoices made out during or immediately after the auction shall be subject to further scrutiny and correction.

9.1 The buyer will be in delay if payment is not made within two weeks from invoice date.

9.3 The auction house is entitled to collect his own claims and consignor's claim against the buyer in court or out of court.

9.4 If the auction house retreats from contract, all rights of the buyer on the aquired lot expire. The auction house is entitled to claim 30% of the knock-down price as crossover compensation without further proof. It is entitled to re-auction or directly sell the objects. The buyer is liable for any shortfall, the costs of reauctioning and has no claim to any surplus receipts and is not admitted to any further bidding.

9.5 If a buyer does not pay due invoice amounts after a second monition, the auction house is entitled to forward his name and details to other auction houses for bid blocking.

10.1 Auctioned objects shall be handed over only after complete payment has been effected.

10.4 The buyer will be in delay of receipt, if he does not take over the property or gives shipping instructions within ten day after date of invoice, or if he is in delay of payment.

10.5 In event of delay with taking over the property the auctioneer is entitled to store the property items at the cost and risk of the purchaser at a default surcharge of 2,5% of the purchase price per month. The buyer will also bear any other or higher costs for storage at a storage company.

11.1 The auction house can record the auction and bidding telephone calls for documentation purposes. The bidder declares his agreement to this with participating in the auction.

11.2 Personal customer data that has been raised in the course of the business relationship will be stored, proceeded and used by the auction house for its own business purposes solely. Data would only be forwarded to third parties for binding statutory reasons or for the purpose of legal prosecution.

11.3 The bidder can dissent to a storage of his data at any time with effect for the future or demand a correction, suspension or deletion of his data. He can request information on the extend of his personal data stored free of charge.

11.4 The sales rooms of the auction house are video-surveyed.

12.1. The place of performance and jurisdiction is Dresden, as far as this can be agreed. This applies as well if for enforcement proceedings, action for claim in tort, action on cheques or bills and if the consignor is situated outside the area of application of German law or if his habitation is unknown at the time of filing of an action.

12.2. The law of the Federal Republic of Germany shall apply exclusively. The UN Convention on Contracts for the International Sale of Goods (CISG) does not apply.

12.3. Verbal supplementary agreements do not exist. Any alterations or amendments need to be in written form to be valid.

12.4 If any part of these Conditions of Sale is for any reason invalid or unenforceable, it shall be replaced by a regulation that is according in its sense and economic purpose. Any other conditions shall remain valid and enforceable.

12.5 Any objects of the Third Reich would only be sold for scientific or educational purposes.