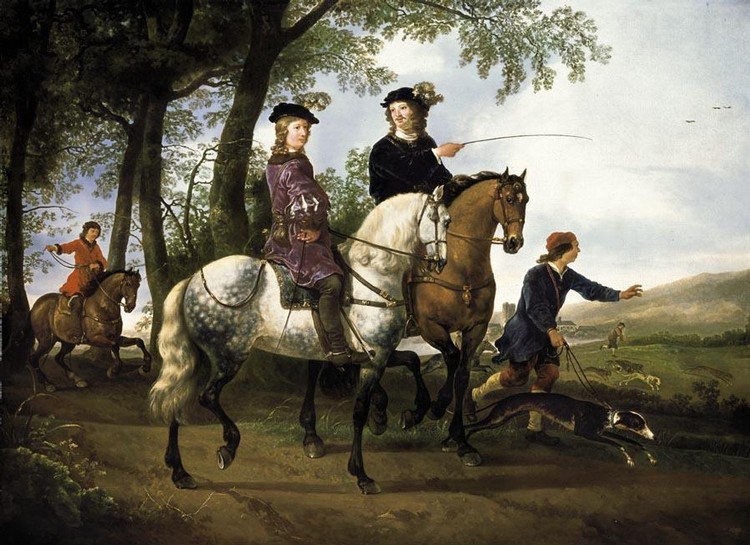 This is a typical Cuyp painted in his grandest manner, and dating from the most fruitful period of his career. It is pictures of this sort that established his reputation beyond his native Dordrecht, and that made him so popular with English (and Scottish and Irish) aristocratic collectors in the 18th Century, with a wider circle of merchant-collectors in the 19th, and with American collectors in the 20th.

It inevitably invites comparison with Cuyp's painting of Michiel and Cornelis Pompe van Meerdervoort and their tutor attending a hunt, in New York, Metropolitan Museum of Art (see A. Chong, in A.K. Wheelock (ed.), Aelbert Cuyp, exhibition catalogue, Washington 2002, p. 150, reproduced in colour facing page). Not only is the setting directly comparable - a hunt, with the evening sun setting a long shadow - but the youth in the present picture is accompanied by a bailiff or tutor, similarly dressed in a dark blue tunic trimmed with gold braid, and also pointing with his whip in the direction of the hunt. The present picture is thus almost certainly a portrait. The Meerdervoort portrait is generally thought to have been painted circa 1652-3, a dating consistent with Cuyp's style at that date, but also with the likely ages of the two youths portrayed, one of whom died in 1653. It is worth noting that both the present picture and the Meerdervoort equestrian portrait are on canvases of almost identical height, and the principal figures appear in the same position in relation to the picture plane. The present composition also recalls Cuyp's Huntsmen Halted (Birmingham, The Barber Institute), in which the figures appear before a clump of trees with branches extending along the top of the picture plane, which is generally dated circa 1655. By comparison, the present work, dated by Reiss to the early 1650s, can probably be dated circa 1650-55. Alan Chong thinks it may date from slightly before 1652, since it does not include topographic elements from the sketches Cuyp made on his Rhineland journey of that year, which occur often in the backgrounds of subsequent pictures.

The lavish attire of the two riders in the present work, along with those of the Meerdervoort boys and their tutor should not lead us to conclude that this was customary hunting-dress in mid-17th Century Holland (since hunting with hounds has been abandoned in The Netherlands as indeed, it is to be regretted, elsewhere, no comparision with latter-day hunting attire is possible either). As Emilie Gordenker has shown (see Literature, pp. 53-60), what we see is fancy-dress, perhaps, in view of Cuyp's consistent use of some garments, drawn from his own studio props. That the young Meerdervoorts and the present young man are clearly depicted with an older instructor, perhaps a tutor, while out hunting is not unusual. As Alan Chong has shown, in his catalogue entry of the former work (idem), horsemanship and equestrian recreations such as hunting were essential components of noble life, and therefore, of the education of a young man. Though seen from a different angle, the present youth is mounted in exactly the same aristocratic pose as Michiel van Meerdervoort: left elbow cocked; whip falling straight down and held between the middle and third fingers of his left hand.

We are most grateful to Alan Chong for his help in cataloguing this picture, which will appear in his forthcoming catalogue raisonné of Cuyp's work as no. 153.

The collection at Carton House, one of Ireland's finest Palladian country houses, appears to have been largely formed by James, 1st Duke of Leinster (1722-1773), who was a patron of Reynolds. At least a substantial part of the Leinster pictures hung in Leinster House in Dublin, which now houses the Dail, the Irish parliament, until the house was sold in 1815 and the collection transferred to Carton. The present Cuyp and an early Claude of a Coastal Landscape with the Rape of Europa have been described as the most outstanding pictures at Carton. Hofstede de Groot records a second Cuyp at Carton, a closely corresponding version of a picture in the Louvre, but the 1871 catalogue recorded seven pictures given to Cuyp. It is not certain when the present picture left Carton for America, but presumably it was sometime between 1909 and 1927. 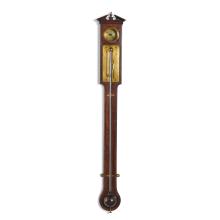 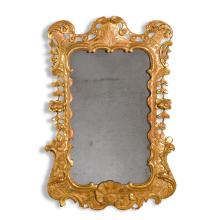 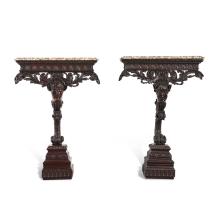 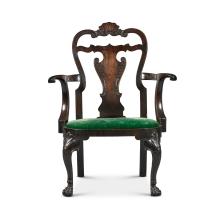 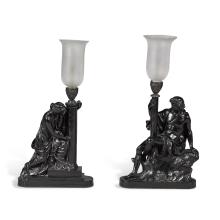 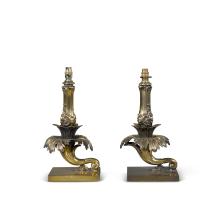