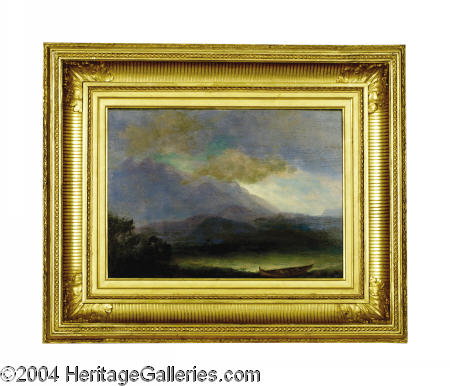 Born in Germany, Albert Bierstadt spent his childhood in New Bedford, Massachusetts. As a young child he returned to Europe for art studies and extensive travel through the countryside and Alps of Germany and Italy. Among his instructors were Royal Academy landscape painters Andreas Aschenbach and Karl F. Lessing. In 1857, Bierstadt returned to the United States and painted the White Mountains of New Hampshire and in 1858, exhibited for the first time at the National Academy of Design in New York. In 1859, at the age 29, Bierstadt accompanied a government expedition, Colonel Frederick W. Lander's trip to survey wagon routes in the Rocky Mountains and Wyoming, and the trip would help establish him as one of the most renowned landscape artists of his era. Bierstadt traveled with sketch pad, paints, and canvas, by mule, past the Missouri River and deep into the Rocky Mountains of Wyoming. There he found his greatest subject matter, the magnificent, forests, plains, indigenous wildlife and peoples of the West.

In 1863, Bierstadt went by stage coach to California and became much celebrated in San Francisco society, where he lived for six months. He traveled to Yosemite where he did many paintings that were such a sensation that he became immediately famous. In 1871, he returned to California and stayed for three years, exhibiting in local galleries and with the San Francisco Art Association. He also returned in 1893 after the death of his wife. Bierstadt's California journeys from 1863 to 1870 proved to be the culmination of his Rocky Mountain efforts. In 1864 the artist's painting, "The Rocky Mountains," sold for $25,000, the highest price yet paid for a work of art. Toward the end of the century, Bierstadt's career had setbacks, due in part to the increasing influence of the Barbizon and Impressionist styles from Europe, and his work was increasingly considered "old fashioned." In 1895, he declared bankruptcy and died seven years later, largely forgotten in the public mind. In the late 20th century, Bierstadt's work was re-evaluated by the public and according to Edan Hughes in his book Artists in California, Bierstadt is "the founder of the western school of landscape painting."

Though best known for his enormous, highly romanticized landscapes of a golden West, Bierstadt is at least equally admired for his smaller finished, less-idealized works and his accurate, perceptive on-site studies and oil sketches. This work is awash in color and Bierstadt modulated his values to create a vivid illusion of spatial depth in a mist-filled atmosphere as the sun begins to rise. The brushwork is finely blended and yet still directly applied, the work of a confident hand. The reflection of light on the lake adds a lively note to the lower part of the composition and focuses attention on the canoe -- a lovely, still scene. Public Collections of Bierstadt's work include: Brooklyn Museum, NY; Capitol Building, Wash., D.C.; The Hermitage, St. Petersburg, Russia; High Museum, Atlanta, Ga.; Metropolitan Museum of Art, N.Y.; Museum of Fine Art, Boston; St. Johnsbury Athenaeum, VT.; Dallas Museum of Art, Dallas, TX; Amon Carter, FWT; and Gilcrease, Tulsa 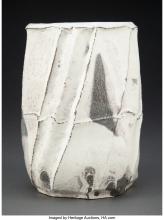 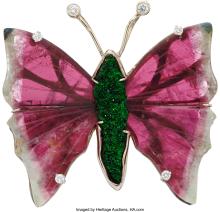 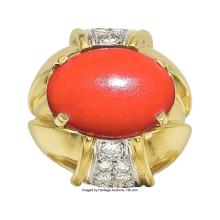 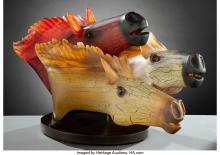