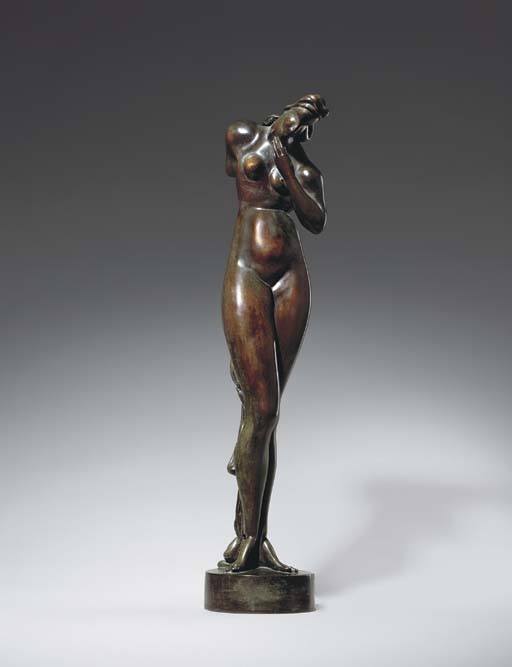 (Possibly) Sally G. Falk, Geneva, by whom acquired from the artist. Erich Goeritz, Berlin before 1933, and thence by descent to the present owner.

PROPERTY FROM THE ERICH GOERITZ COLLECTION

Woman Standing was executed in 1921 and one of the earliest casts of the piece was purchased by the Boijmans van Beuningen in Rotterdam in 1922 shortly after its exhibition at the Kunsthalle Manheim. One of the most popular of his mature '20s bronzes, ten pieces are recorded by the Archipenko archive. The bronze itself was conceived during Archipenko's Berlin period between 1921 and 1923 after he left Switzerland. In finesse it compares with Archipenko's most celebrated marble of 1921, Female Solitude (fig. 1)
This fine early cast, with excellent definition and deep colour was purchased by Erich Goeritz shortly after it was executed: it is not known exactly when the piece was cast but it was first shown at the Tel Aviv Museum in 1933.