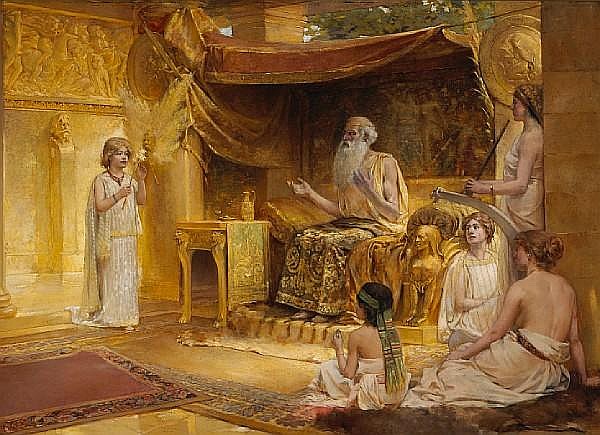 In this early work by Mathews, the artist depicts a pivotal moment in the story of King Midas. As his daughter approaches the King with the small bouquet, he realizes the error of his ways – he can no longer touch his daughter without also turning her to gold. The painting is bathed in a warm glow, as if touched by Midas himself. The women in the lower right of the painting, clothed in classical garb, are an early appearance of a motif that would appear in his work throughout the rest of his career.

California and American Paintings and Sculpture