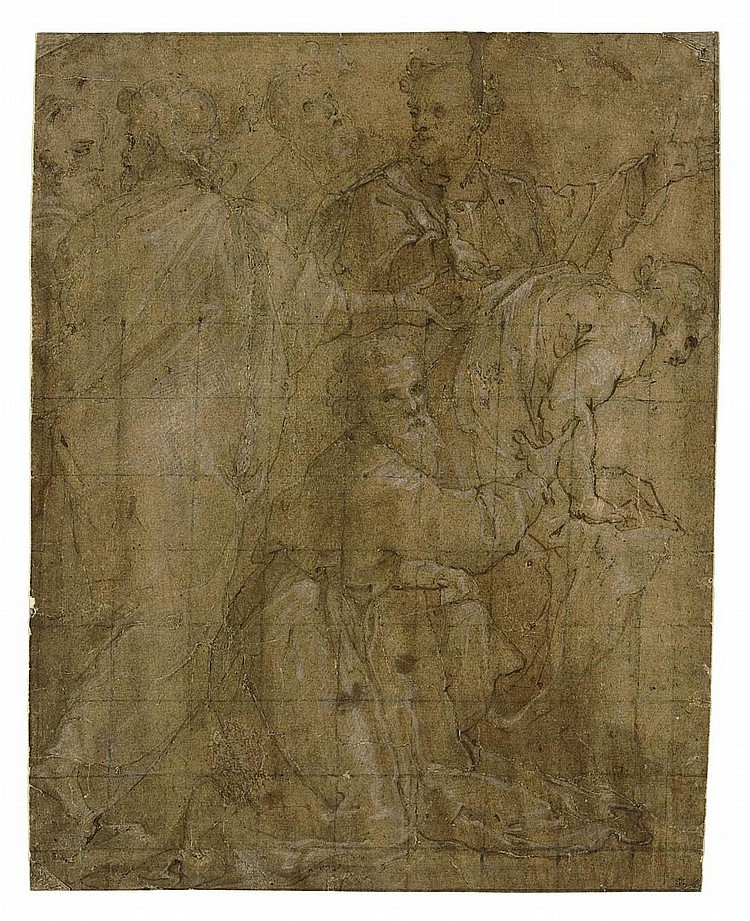 Milwaukee, Art Museum, and New York, National Academy of Design, Renaissance into Baroque: Italian Master Drawings by the Zuccari 1550-1600, 1990, no. 44, as attributed to Taddeo Zuccaro.

A study for the lower section of the Assumption of the Virgin, commissioned from Taddeo in 1563 by Giacomo Caucho, Archbishop of Corfu, for the Pucci Chapel in S. Trinità dei Monti, Rome. Left incomplete when Taddeo died, the commission was taken on by Federico Zuccaro, who had been working in the Chapel as his brother's assistant. The present drawing was proposed by Gere (op. cit.) as a 'missing link' in the known series of compositional drawings. The same group of apostles, with Saint James the Greater appearing in place of the figure seen from behind on the left of the present sheet, appears in a drawing once given to Federico but reattributed by Gere in 1995 to Taddeo (Christie's, London, 2 July 1996, lot 3).