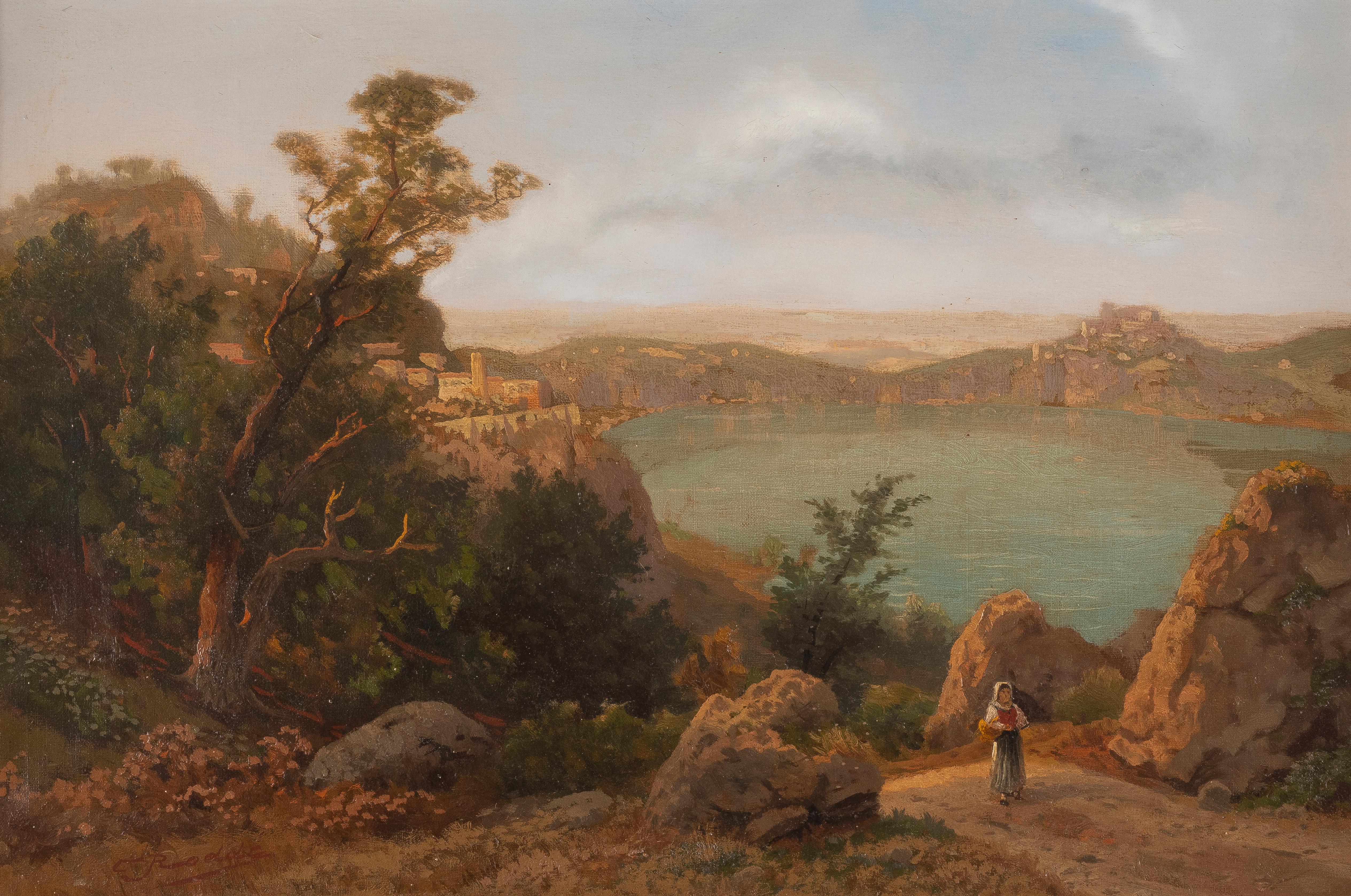 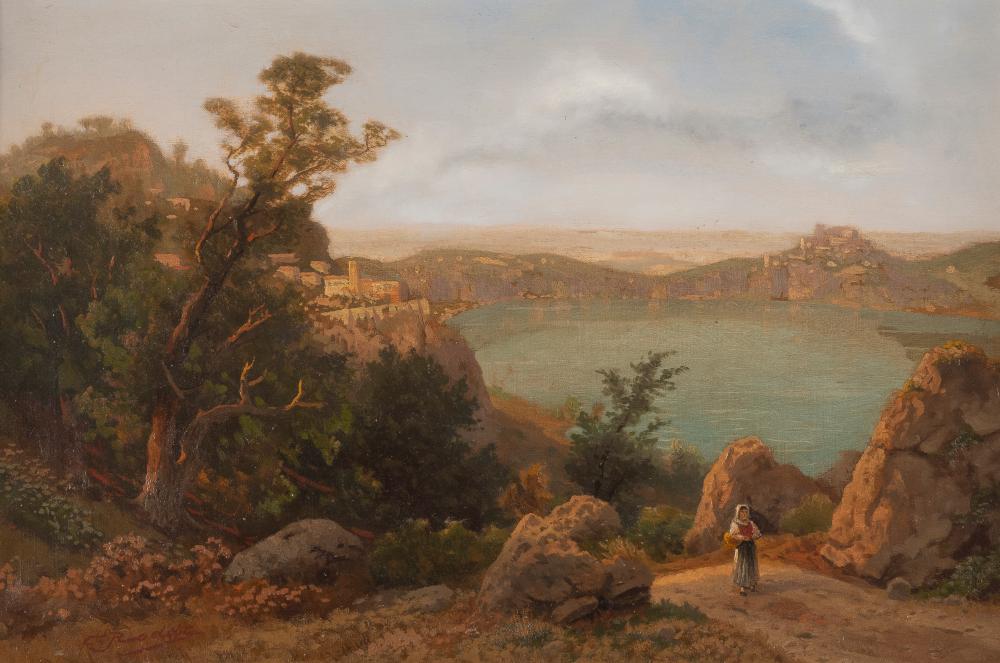 We will be happy to assist you with international shipping. The shipping fees depends from the value, the size and the weight of the items. We will ship at the buyers expense.

All hammer prices BELOW the catalogue price/start price (UV = 'b.r.' = below reserve) are sold under proviso!
All catalogue prices are reserve prices (= the minimum price that the seller is willing to accept for an item to be sold at auction). We have to ask the consigner (the owner) if he or she can accept your bid or not.
It is always the owner`s decision. In case of approval you will automatically receive the invoice at the latest three weeks after the sale.
Please note that you WILL NOT get a message if another bidder has placed a higher bid or the reserve price on an item. If you wish to buy an item for sure, you can increase your bid to the reserve price anytime.

Hargesheimer Kunstauktionen Düsseldorf GmbH (hereinafter referred to as "Hargesheimer Kunstauktionen") conducts auctions in a public auction in terms of Section § 474, Para.1 Line 2 and Section § 383 Para. 3 Line 1 of the German Civil Code (BGB) as a commissioner on his own behalf and on account of the clients (the "consigner"), who remain anonymous.

1. Condition, Warranty
1.1.
The items to be auctioned may be viewed and examined prior to the auction, potential buyers being liable for any damage caused by them to the items exhibited.
1.2.
The works of art that are up for auction are, without exception, used items and sold as is. They are in a state of repair that corresponds to their age and provenance. Objections to the state of repair are only mentioned in the catalogue if, in the opinion of Hargesheimer Kunstauktionen, they adversely affect the visual impression of the work of art as a whole. Lack of information regarding the state of repair does therefore not justify any claims based on a guarantee or agreement on the condition. Potential buyers may request a condition report for every work of art. This report, be it verbal or written, does not contain any differing, individually negotiated terms, and expresses Hargesheimer Kunstauktionen subjective assessment only. The information contained in the condition report is provided to the best of our knowledge and belief. It does not constitute any guarantee or agreement on the condition and serves the purpose of the provision of nonbinding information only. The same applies to general information of any kind, be it verbal or written. In all cases the actual state of repair of the work of art at the time of the acceptance of the bid is the agreed condition in terms of statutory provisions (Sections § 434 et seq. of the German Civil Code (BGB)
1.3.
All information contained in the catalogue is based on knowledge published until the date on the auction and on other general scientific knowledge available to the public. Hargesheimer Kunstauktionen reserves the right to correct catalogue information on the works of art that are to be auctioned. Said correction is made by written notice at the location of the auction and/or orally by the auctioneer immediately before the specific work of art is auctioned. The corrected information will replace the description in the catalogue.
1.4.
Hargesheimer Kunstauktionen expressly excludes any liability for potential defects, provided that Hargesheimer has complied with its duty of care obligations.
1.5.
Irrespective of the provisions of Clause 1.2., the information in the catalogue relating to authorship of the work of art shall form part of the condition that is agreed with the buyer. The auctioneer assumes no liability for defects as far as he has fulfilled his duty of diligence. But he commits himself to assert complaints which have been brought forward in due time within the limitation period to the consigner. Thereby, the limitation period regarding the authenticity is set at twelve months, for any other defects six months after the sale. In the event of successfully taking recourse to the consigner, the auctioneer will refund the purchasing price including the commission to the buyer.
1.6.
Damages claims against Hargesheimer Kunstauktionen for legal and material defects and on other legal grounds (including compensation for futile expenses or cost for expert opinions) are excluded unless they are due to intentional or grossly negligent conduct by Hargesheimer Kunstauktionen or to the breach of significant contractual duties by Hargesheimer Kunstauktionen or are caused by injury to life or limb or damage to heal.
2. Conduct of Auctions, Bids
2.1. The estimates stated in the catalogue are reserve prices.
2.2.
Hargesheimer Kunstauktionen reserves the right to combine, separate, offer out of sequence or withdraw numbered lots during an auction.
2.3.
All bids are considered as submitted by the bidder on his own behalf and for his own account. If a bidder wishes to bid on behalf of a third party he must notify this 24 hours prior to the start of the auction, stating name and address of the party he is representing and submitting a written power of attorney. Otherwise the purchase contract is concluded with the bidder when the bid is accepted.
2.4.
After presentation of a legal personal-document and admission to the auction, each bidder will be given a bidder's number by Hargesheimer Kunstauktionen. Only bids using this number will be included in the auction. Bidders, so far unknown to Hargesheimer Kunstauktionen, have to submit a written application no later than 24 hours before the auction, together with a document of identification. Hargesheimer Kunstauktionen may ask for a recent bank reference or other references for the admission to the auction.
2.5.
The initial bid price is determined by the auctioneer; bids are generally submitted in Euros at maximum 10% above the previous bid. Bids may be made in person in the auction room or via the live auction during the sale. In absentia bids may be made in writing, by phone or over the internet or via a platform that has been approved by Hargesheimer Kunstauktionen.

Retention of Title, Offset, Right of
Retention
6.1.
Title to the work of art passes to the buyer only upon receipt of all payments owed under fig. 4 and 7 in full.
6.2.
Against claims by Hargesheimer Kunstauktionen, the buyer can only offset claims that are undisputed or that have been legally and finally determined.
6.3.
Insofar as the buyer is a merchant registered in the commercial register, he waives his rights under Sections §§ 273, 320 of the German Civil Code (BGB).

7. Default
7.1.
The purchase price is due upon acceptance of the bid. If payment is made in a foreign currency, any exchange rate losses and bank charges will be borne by the buyer.
7.2.
In the event of default in payment, default interest of 1% per month is charged. The buyer is entitled to provide evidence that the loss is less or that there is no loss. In addition, in case of default in payment, Hargesheimer Kunstauktionen may elect to demand performance of the purchase contract or may rescind the contract after setting a suitable period for performance. In the event of rescission, all of the buyer's rights to the purchased work of art shall lapse and Hargesheimer Kunstauktionen shall be entitled to demand damages amounting to the lost fee for the work of art (consignor commission and premium). If the item is re-auctioned at a new auction, then the defaulting buyer is additionally liable for any shortfall in proceeds compared with the earlier auction and for the costs of the repeat auction; he is not entitled to any excess proceeds. Hargesheimer Kunstauktionen has the right to exclude him from further bids in auctions.
7.3.
One month after default has occurred, Hargesheimer Kunstauktionen is entitled to and, if the consigner demands it, required to provide the latter with details of the name and address of the buyer.
8. Data Privacy Declaration
8.1.
The buyer agrees that his name, address and any consignments being stored electronically and processed by Hargesheimer Kunstauktionen for the purpose of fulfilling and performing the contractual relationship, as well as to provide information about future auctions and offers. Should the buyer not meet the contractual obligations, within the scope of fulfilling and performing this contractual relationship, then he consents to this fact being added to a list which will be accessible to German auction houses. The buyer is entitled to object to the future collection and use of data by removing the said clause or by submitting notice to Hargesheimer Kunstauktionen at a later date. Information on data protection can be found on our website: https://kunstauktionen-duesseldorf.de/datenschutzerklaerung
9. Miscellaneous Provisions
9.1.
Persons with political exposure and their immediate family members are subject to the obligation to provide information within the meaning of the Money Laundering Act (MLA). According to the new guidelines for the MLA, we are obliged to deposit a copy of the bidder's identity card in the case of written bids over € 7,500 as well as auction hall, live and telephone bids. In the case of legal entities (e.g. GmbHs), we also require an extract from the commercial register or a comparable official register.
9.2.
These Auction Terms and Conditions shall govern all relations between the buyer and Hargesheimer Kunstauktionen. The buyer's General Commercial Terms and Conditions shall not apply. There are no verbal ancillary agreements. Amendments must be made in writing to be valid.
9.3.
Insofar as it is possible to agree, Düsseldorf shall be the place of performance and jurisdiction. The law of the Federal Republic of Germany shall apply exclusively. The UN Convention on Contracts for the International Sale of Goods (CISG) shall not apply.
9.4.
The aforementioned provisions apply mutatis mutandis to the private sale of items consigned for auction.
9.5.
If any of the above provisions are invalid in whole or in part, the validity of the remaining provisions shall be unaffected. The invalid provision shall be replaced by a valid regulation which most closely resembles the commercial content of the provision which was invalid. The same applies if the contract reveals a loophole in need of amendment. In cases of doubt the German version of the Consignment Conditions shall prevail.

We will be happy to assist you with international shipping. The shipping fees depends from the value, the size and the weight of the items. We will ship at the buyers expense.