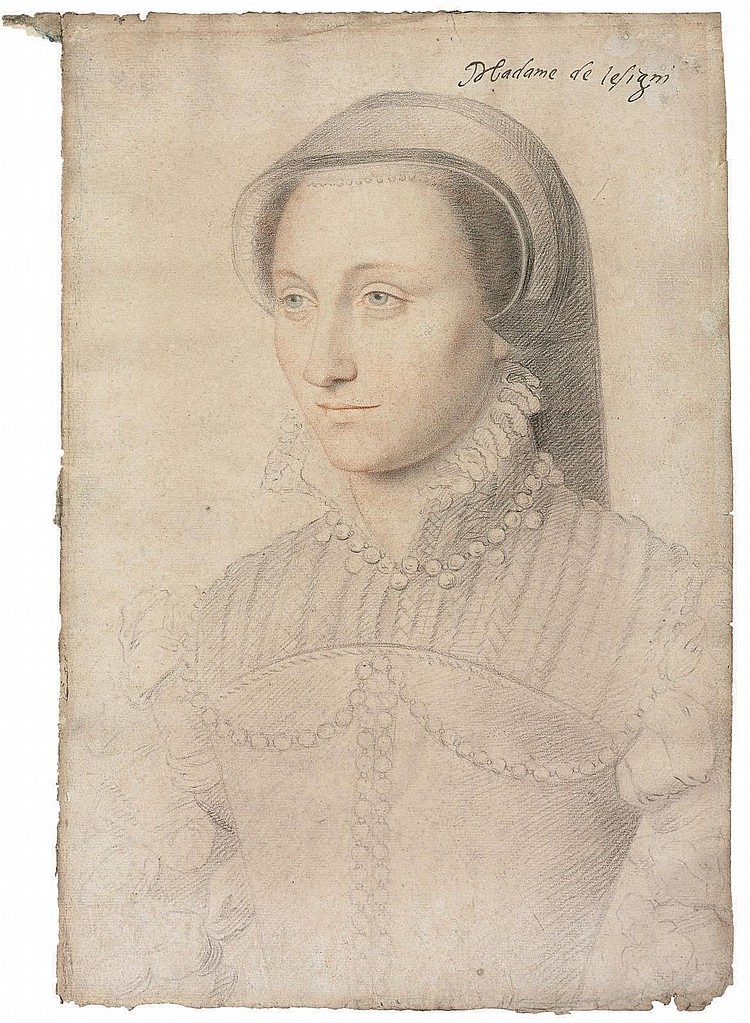 This is a portrait of Jeanne Clausse, wife of Jean de Pierrevive, whose family, called Pierrevive or Pietraviva, were nobility of Piedmontese origin and were close to the French royal family. Jean-Michel de Pierrevive (d. 1501/02) was a doctor to King Charles VIII (1470-1498). Marie-Catherine de Pierrevive was married to Alberto Gondi, a member of the Italian banking family close to the Medicis, and she was also governess to Catherine de Medici's children.

After Catherine de Medici's death the collection of Clouet portrait drawings passed to her granddaughter, Christine of Lorraine, Grand Duchess of Tuscany, They then remained in storage, forgotten in the Uffizi, until they were unearthed by Ignazio Enric Hugford (1703-78), the English artist, collector and dealer. After his death his collection was sold to pay off his debts, and among the 3100 drawings sold at the Real Galleria degli Uffizi were the Clouet portraits.