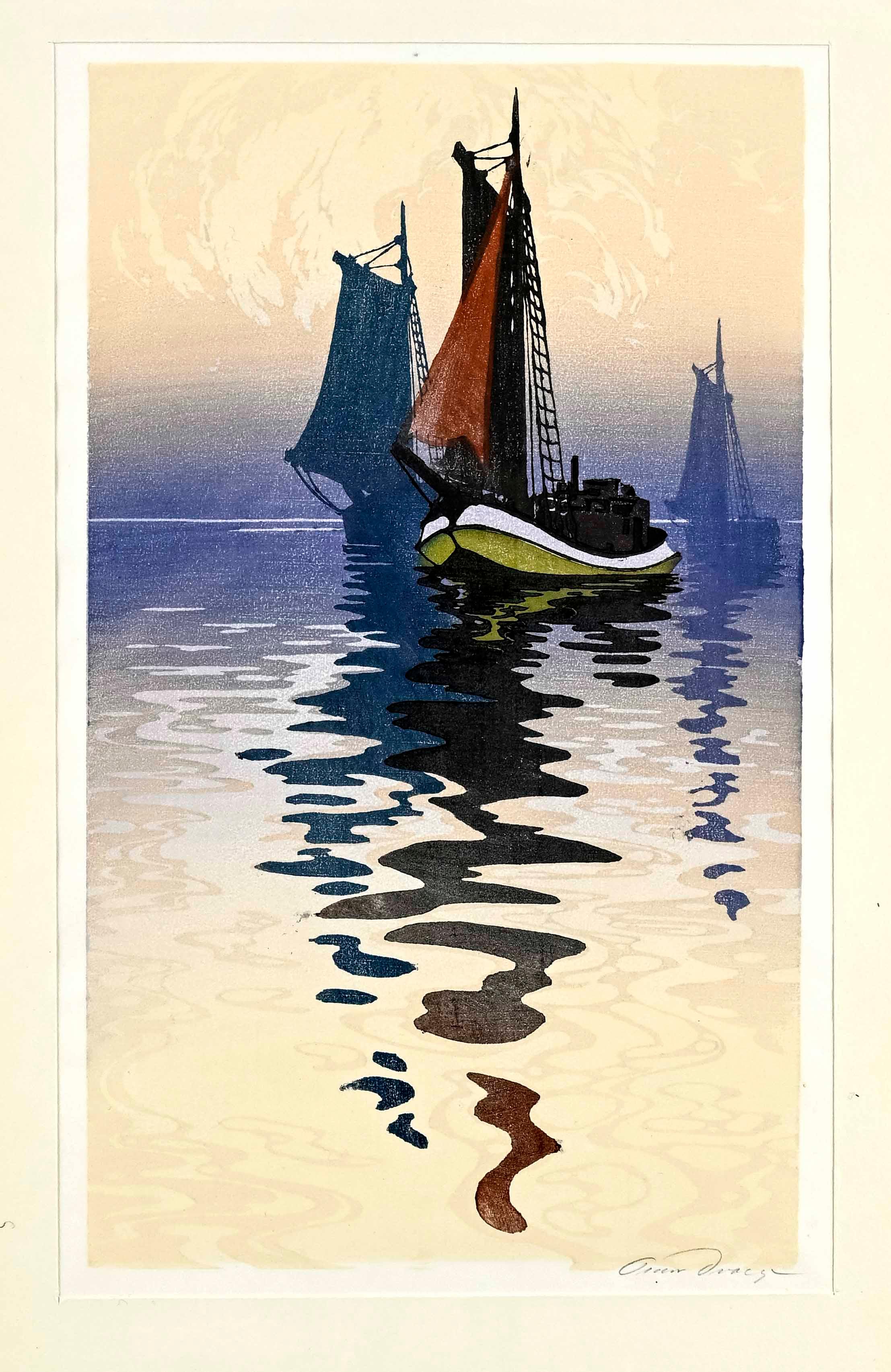 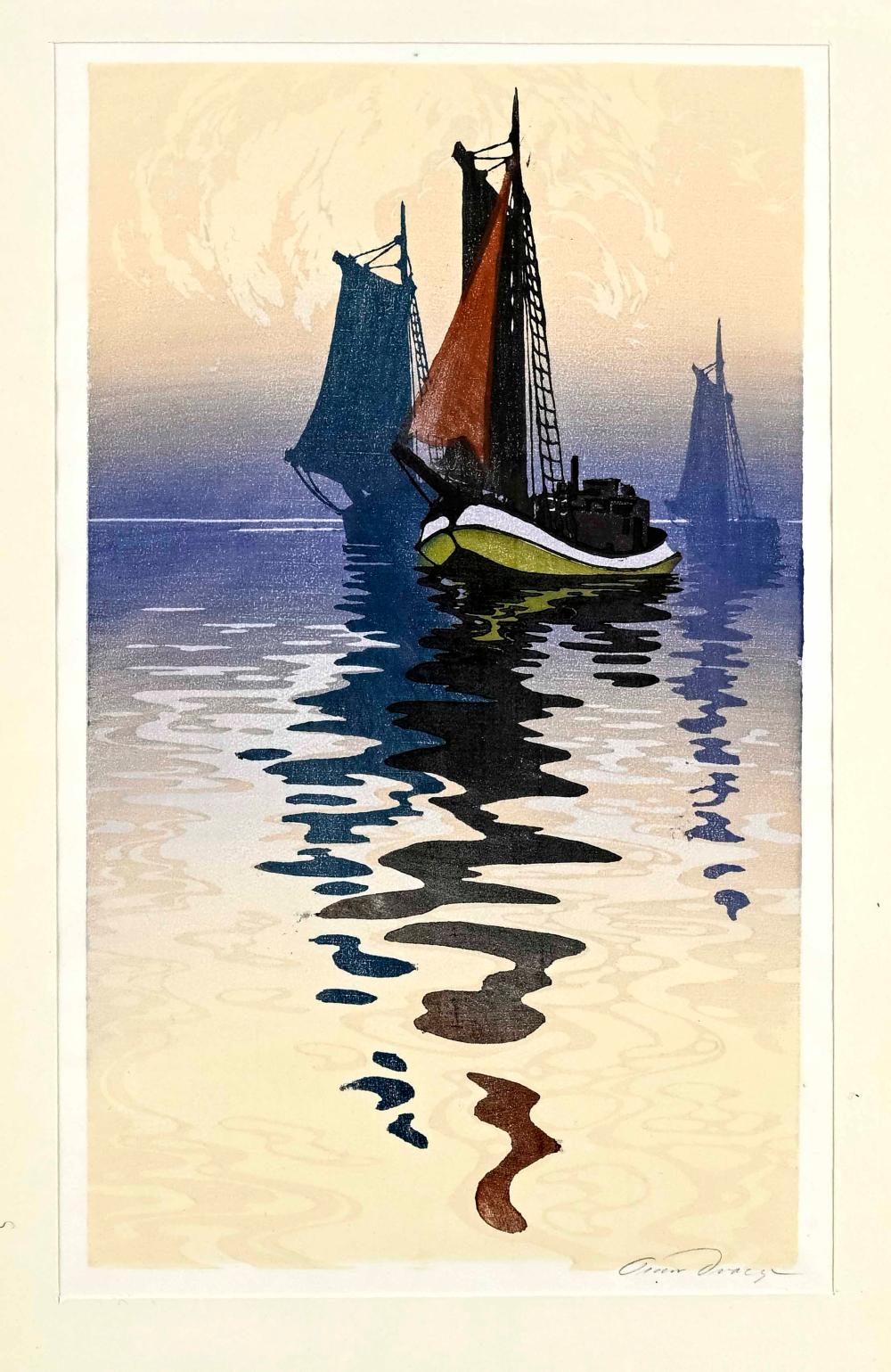 02.) The items are inspected without warranty for material defects, especially quality, condition, authenticity, condition and completeness as and auctioned in the condition of the surcharge. Each bidder has time during the pre-inspection to assess the items and to clarify their questions about the condition or authenticity.
Catalog or auction lists are made by the auctioneer to the best of our knowledge and belief.
If the bidder has doubts after the auction about the authenticity of an auctioned lot he has to inform the auction house within 4 weeks from the auction date. The tenderer must substantiate his doubts within the said period with an official report drawn up by a certified expert and without doubt proving that the item is not authentic or unreal. Only in this case, a possible reversal through the auction house is possible. Any costs incurred by the appraiser commissioned by the buyer will not be reimbursed by the auction house.

03.) The contractual and legal liability of the auctioneer (for example, for non-performance, impossibility, culpa in contrahendo, positive breach of contract, defects in title, tort) is limited to intent and gross negligence.
This also applies to any personal liability of the legal representatives, the employees as well as the performance and execution assistance of the auctioneer.

04.) The auctioneer reserves the right to refill Lot-Nr. to unite, separate, offer or retire out of turn. The lot no. is the number, under which the things are called in the auction or in the auction list (catalog) are listed or offered in the free hand sale.

06.) To ensure the execution of pre-bids, they must be received by the auctioneer at least 12 hours before the start of the auction. The validity of a preliminary requirement requires correct written information about the person, address, a telephone number. under which the tenderer can be reached regularly, the lot no. and minimum and maximum bid and signature of the tenderer. The auctioneer may demand the identity card or passport for the legitimacy of the provider. Furthermore, the auctioneer can request references to the payment behavior, creditworthiness and bidding behavior of the supplier or bidder. Room bidders must legitimize themselves by passport or passport.

07.) Telephone bids must be substantiated by submitting a written bid with the information of the bidder mentioned in point 06 at least in the amount of the auction limit. Without this information, telephone bids are generally not executed.
Telephone bidders are only allowed from a single bid of € 100.00.

08.) The contract can only be awarded if the tenderer has a bidder number, is admitted to bid and is entered in the bidder's list with name and address.

09.) A bid expires, if it is rejected by the auctioneer, the auction closed without giving a surcharge or the thing is called again.
An ineffective superior bid does not invalidate the previous bid.

10.) The contract will be awarded three times to the highest bidder. If more than one person submits the same bid at the same time and there is no higher bid after three calls, the lot decides. Written bids have priority. For the same written bidding, the first entrance decides. If there are doubts as to whether or to whom the contract has been awarded or if a bid submitted in good time has been overlooked, the auctioneer may repeat the bid in favor of a specific bidder or recall the item. In this case, a previous supplement becomes ineffective. Objections to a surcharge are immediate, i. before calling the next lot no. to raise.

12.) Upon award of the contract, all risks, in particular the risk of accidental loss and accidental deterioration of the condition of the object, pass to the purchaser. The contract requires acceptance and payment. Ownership of the item, however, passes to the acquirer only with the settlement of all claims of the auctioneer.

13.) After successful award of the contract, the successful tenderer will receive an invoice, which will be issued on the bidder's address stated before the auction. This is especially true for livestreaming bidders, as otherwise the query of credit information about the respective live bidder by the auction house in otherwise handled cases by the bidder could be bypassed. Bidders who sign up under a different name will be reported to the live bid portals and not admitted to bid in the auction house!

14.) A surcharge of 23% plus the applicable VAT (currently 19%) will be charged on the surcharge in Euro. When paying by credit card, a 3% charge will be applied to the amount invoiced by credit card. When bidding via live streaming portals (Lot-tissimo, Invaluable, etc.) u.U. other low fees.

15.) For commercial bidders from the EU-foreign countries, which receives the invoice which the bidder in the case of successful bid, in any case, the German VAT. from the current 19% and this must also be paid by the bidder to the auction house. The successful commercial bidder from the EU-foreign countries can have the paid German Ust.-amount after crossing the border on presentation of the bill to his tax office to reimburse. To make this possible, said bidder must provide his business ID with business address and company name before submitting bids in the auction house.

16.) The purchase price (additional amount plus buyer's premium) is payable to ticket vendors with the award of the contract. It must be paid to the auctioneer in cash or by electronic means. The Auctioneer accepts bank transfer, cash, giro card payment, Visa, Mastercard and American Express.
For purchasers who have offered in writing, by telephone or via a Livebietportal, the claim is due upon receipt of the invoice. The acquirer waives the assertion of rights of retention from other, even earlier transactions of the current business relationship. The buyer waives, insofar as he is a registered trader, rights under §§ 320, 322 BGB.

17.) If the payment is not made immediately to the auctioneer or refused the acceptance of the thing, the transfer of the thing to the purchaser does not take place. Rather, the purchaser loses his rights from the contract and the thing can be auctioned again at his own expense or the purchase amount can be claimed from him. In all cases, the purchaser is liable for the loss, but he has no claim to additional proceeds and can be excluded from further bids. The Auctioneer reserves the right, in justified cases, to enter the unsuccessful or insolvent bidder into the online blacklists of the auction streaming portals in order to prevent further damage due to payment defaults at other auction houses.

18.) The purchaser is obliged to accept the auctioned items immediately after the auction, objects that are difficult to transport within
7 days after the auction to pick up or in exceptional cases with the auctioneer to arrange an appointment for collection within 4 weeks counted from the auction date. At the express request of the purchaser, its costs and risk, as well as the fundamental feasibility of shipping the item or objects can be shipped.

19.) Customer requests regarding the shipment, in particular about the selection of the shipping service provider, the amount of the insurance, as well as the cost of shipping and packaging are in principle before the auction with the auctioneer agree. If no agreement is reached, the auction house will ship with a provider of his choice and his or her own conditions. If no agreement is reached on the type of shipment and the amount of shipping or packaging costs between the auctioneer and the purchaser, shipping will not take place and the goods must be picked up immediately by the purchaser. The auctioneer is trying hard but not obliged to ship goods!

20.) For not picked up in time or received goods, the auctioneer after 4 weeks from the auction date without prior notice levy a storage fee of 5, -Euro / day or the thing (-n), fee for the purchaser, a forwarding for storage.

21.) If a damage occurs during the dispatch of auctioned goods on the dispatch route, the recipient is obligated to claim the damage immediately upon receipt of the goods at the shipping company, forwarder or courier. The recipient must file a damage report and notify the auctioneer and the shipping company immediately of the damage. The damaged goods may neither be altered nor restored or repaired without coordination with the Auctioneer, the shipping company or claims adjuster. Every consignment must be opened in the presence of the forwarding agent and checked for damage. A delivery note signed by the recipient is considered as confirmation of proper receipt.

22.) A delivery by the auctioneer or his employees themselves also takes place exclusively at the expense and risk of the buyer. In all cases associated with the shipment, the liability of the auction house is limited to gross negligence and intent.

23.) Place of performance and jurisdiction is the registered office of the business enterprise of the auctioneer. German law applies.

24.) As long as auction participants and bidders do not express themselves to the contrary, they assure that catalogs and objects from the time of the
3. Empire only for purposes of civic education, the defense of anti-constitutional aspirations, the scientific and art historical research and teaching, the coverage of contemporary history or similar purposes are acquired (§§ 86 and 86a STGB). The auctioneer J. Weiner, his consignors and auctioneers offer these items only under these conditions and deliver them only under these conditions.

25.) Should one or more of these provisions be or become wholly or partly ineffective, they shall be replaced by a provision which corresponds to the economic purpose of the ineffective provision. The validity of the remaining provisions is not affected.