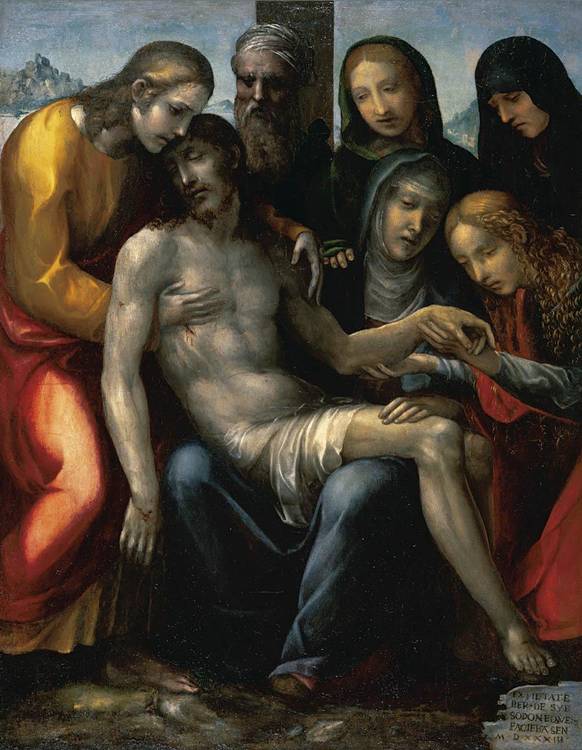 ENGRAVED:
Louis Chapon in 1876 (see Duplessis, under Literature, above).

Paintings by Sodoma rarely appear on the market, and it is noteworthy that this picture is not only signed and dated, but it also gives the patron's name, who is not otherwise known. Sodoma identifies himself as knight (EQVES), a title conferred on him by Pope Leo X some time between 1513 and 1517. The present painting dates from the 1530s, at a time that Sodoma was at the height of his career, when he was receiving numerous important public commissions such as those for the Palazzo Pubblico and for the Spanish Chapel in the church of Santo Spirito in Siena. This Pietà, like other altarpieces by Sodoma painted during the fourth decade of the 16th Century, is characterised by a dense composition and monumental figure style (compare B. Berenson, Italian Pictures of the Renaissance. Central Italian and North Italian Schools, vol. III, London 1968, plates 1544 and 1545). The painting is strangely omitted from Berenson's list of Sodoma's paintings and from Andrée Madeleine Hayum's dissertation (Harvard University, Cambridge, Mass.) of the following year. 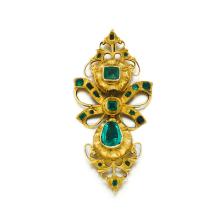