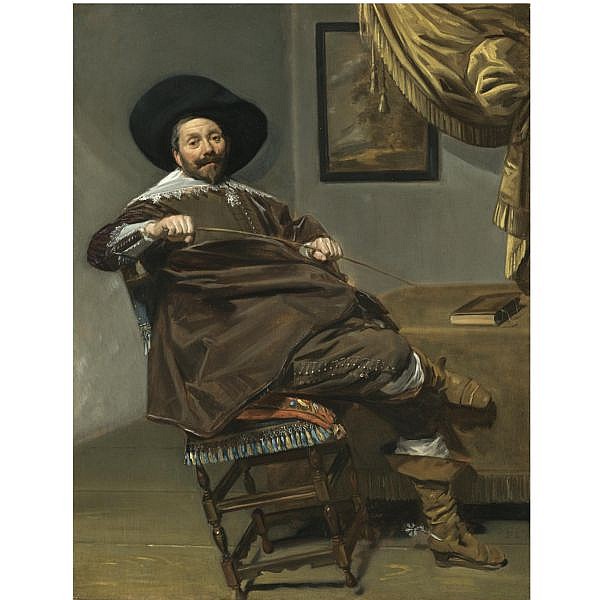 Frans Hals painted this portrait of Willem van Heythuysen in the mid 1630s in Haarlem, where both artist and sitter were prominent citizens. Hals was by this date at the height of his success, and Van Heythuysen was a wealthy merchant who had amassed a fortune in the textiles trade. He was born at an unknown date in Weert in Limburg, where his father Gerard van Heythuysen served several terms as Burgemeester, and where Willem later endowed an almshouse. He was enrolled as a member of the Dutch Reformed Church in Haarlem in 1613, and since he seems to have arrrived there from Cologne without his parents, it is reasonable to assume that he was by then a young adult. He never married, but was betrothed to Alida Roosterman (c. 1620-1647), younger sister of Hals' friend Tieleman Roosterman, of whom Hals painted one of his best-known portraits.υ1 Hals had painted Van Heythuysen about ten years before the present picture, circa 1625, in a portrait now in Munich (see Fig. 1), which is a more conventional full-length life-size swagger portrait.υ2 Although we do not know when Van Heythuysen was born, it must have been sometime between 1580 and 1585, given his date of arrival in Haarlem. This would make him about about 35-40 in the Munich portrait and ten years older in the present one, ages that are consistent with his appearance in each. He died in 1650, leaving a vast estate comprising countless paintings, furniture and silverware, and including the Munich portrait, then hanging in his house on the Oudegracht in Haarlem, which he left to his sister Geertruyt. The present portrait was hanging in a private chamber.υ3

This is one of Hals' most arresting portraits, and is a familiar image. The tipping chair that bears Van Heythuysen's larger than life presence in a diagonal that fills the picture plane from lower right to upper left, and the whip that he grasps with both hands and bends into an arc are provocative and charge the picture with tension and drama. We think he is about to fall over, but it is obvious from his relaxed form with one leg crossed over the other that he knows he will not, and that the chair will safely bear the bulk of his reposing body. His pose suggests more than nonchalance; it is self-confident. This may suggest to us that Hals has here depicted an archetypal bravo, but the Van Heythuysen that Hals portrays is very far from being a caricature. The pose of his bulky relaxed body with one leg crossed over the other is not that of studied arrogance. Rather it leads us naturally to his sympathetic serious careworn face which belies any bravo stereotype, and which fixes the viewer with an intent but calm intelligent gaze.

As Bijl and Biesboer observed, this spontaneous and informal portrait is unusual within Hals' oeuvre and among Dutch portraiture of the time, and this may be because it was intended for a private chamber - such as the one in which Van Heythuysen is depicted.υ4 That this picture was listed in small room above the Great Chamber of Van Heythuysen's house in his inventory bears out this supposition. Hals must have painted this portrait very quickly, with his characteristic rapid unhesitating bravura brushwork. Indeed, it seems likely that he left the execution of parts of the background, such as the peremptorily painted curtain to the right, which serves to keep the composition in balance, to an assistant. That details such as this follow meticulously dark preliminary brush drawing indicated by Hals himself support this view.υ5

It is remarkable that this familiar image is not widely known until very recently from this picture, which has been little regarded since well before it left the Rothschild collection more than fifty years ago; since in fact it was first described as a copy in 1907. We know it rather from a version also on panel in Brussels, which has long been far better-known, and which has been generally assumed to be the prime version for almost a hundred years (see Fig. 2). υ6 Prior to its surfacing at an auction in Vienna in 2004, catalogued as from the Studio or Following of Frans Hals, few scholars had the opportunity to inspect it in the original, and only one, the prescient Norbert Middelkoop, published his opinion that it is Hals' prime version.υ7 Following careful cleaning by Martin Bijl, and study by Bijl and Pieter Biesboer, the consensus among scholars (including Claus Grimm) is that it is the prime original, and that the Brussels version is a later replica by Hals.υ8 There is strong documentary evidence for this. Two recent independent dendrochronological investigations by Peter Klein and Ian Tyers have shown that the present single plank oak panel was available for use by circa 1635. Furthermore, Martin Bijl stated that hand-saw saw marks on the reverse mean that it cannot have been manufactured after 1635.υ9 We are grateful to Mr Bijl for allowing us to cite the gist of his unpublished research, which is as follows: in 1625 a modified mechanical saw mill came into use in Amsterdam which thereafter supplied individually radially-sawn boards for most panels used in that city, but hand-sawn panels were still produced in other cities until the expiry of the ten-year copyright enjoyed by the Amsterdam mill. From 1635 onwards, mechanical mills rapidly became the norm throught the rest of The Netherlands, and hand-sawn panels ceased to be used. Panels produced after that date can be identified by the regular mechanical saw-marks seen on their reverses, and they provide physical evidence of the rapid proliferation of milled panels thereafter.

The oak panel of the Brussels picture however came from a tree felled in circa 1642/1647, and available for use around 1650, according to Biesboer and Bijl's reading of a report prepared by Peter Kleinυ.10 When Van Heythuysen died on the 6υth July of that year, he must have been no younger than 65, and he is clearly much younger than that in the present portrait. Furthermore, the Brussels portrait came from the regents' room of the Van Heythuysen hofje in Haarlem, an almshouse with a central courtyard built on the Haarlemmerhout outside the city on the land where Van Heythuysen's manor house Middenhout had stood, constructed according to the directions of his Will (and still standing today and serving its original purpose). Archival research into the history of the Van Heythuysen hofje has revealed a payment by Maerten van Sittard, a relative of Van Heythuysen and one of the Executors of his Will, made in August 1653 "to Frans Hals for the portrait of Van Heythuysen, 36 Guilders".υ11 Middelkoop also observes that Van Heythuysen's costume is characteristic of the mid-1630s, and would have been out of date by the mid 1640s, let alone the early 1650s.υ12 The Brussels picture is therefore almost certainly the posthumous portrait commissioned in 1653 for the Van Heythuysen hofje, and since it was painted three years after his death, a replica by Hals of the present picture.

Two probably later copies are known, including a work on canvas in a private collection in France (oil on canvas, 52 by 62 cm.), and one formerly in the Mildmay collection (oil on panel, 46.5 by 36 cm.).υ13

A watercolour copy done by Hendrick Tavenier (1734-1807) & finished by Cornelis van Noorde (1731-1795) in the Haarlem Gemeente Archief was probably made after the Brussels version then in the Van Heythuysen hofje.υ14

A note on the provenance
We are grateful to Dr. Michael Hall for his help in elucidating the Rothschild provenance. Baron Robert de Rothschild emigrated to the U.S.A. at the start of the War, and much of his collection remained in Paris and was heavily looted. Most of the looted Old Masters were returned in 1945, and indeed this picture is not on the list of those that remained to be restituted in 1949, nor is it the subject of any outstanding claim. Dr. Hall thinks it most likely that this picture, if looted, was returned to Baron Robert and was sent to New York before his death in 1946. Of his two sons, it is unlikely to have been inherited by Baron Elie, who remained in Paris and as a great collector would have been unlikely to have sold a picture such as this; but much more likely to have been inherited by Baron Alain, a philanthropist who spent a great deal of his time travelling between New York and Europe, and who is likely to have sold pictures such as this to fund his philanthropy. 1. Formerly Vienna, Kunsthistorisches Museum, inv. 9009; inscribed and dated 1634, oil on canvas, 117 by 87 cm.
2. Munich, Alte Pinakothek, inv. 14101; oil on canvas, 205 by 135 cm.; see Buvelot, 2007, no. 18, reproduced.
3. 'A likeness of the deceased in small, in a black frame', hanging in the room above the Great Hall (cited in Slive, 1989-90, p. 276).
4. See Bijl * Biesboer, 2007.
5. Idem.
6. Brussels, Musée des Beaux-Arts, ; oil on panel, 47 by 37 cm.; see Slive, 1989-90, pp. 276-9, reproduced.
7. See Middelkoop 1988. Following inspections of both this and the Brussels pictures, W.R. Valentiner restated his published opinion of 1921 that this is the prime original, in an expertise dated August 3 1948 (he did not state where he had seen it). He considered the Brussels picture to be a preliminary autograph sketch.
8. We are grateful to Professor Claus Grimm for confirming that he has reversed his original view and accepts this picture as the prime original.
9. Ian Tyers' detailed report is available on request. He concludes that the panel used for the present picture was felled between 1625 and 1641 but that presence of sapwood suggests that it was highly likely to pre-date 1641. Bijl's opinion on the saw marks is cited in Bijl & Biesboer, 2007.
10. Peter Klein's report on the Brussels picture is cited by Slive, 1989, with felling date of circa 1642, but the felling date of 1647 is cited by Bijl & Biesboer, 2006, and appears to be their interpretation of Klein's data.
11. 'Aen Frans Hals voor 't conterfeijtsel van Heijthuijsen f 36.0.0'; see B.J.M. Speet, Hofje van Heythuysen, Haarlem 1995, p. 29, & Biesboer 1995, pp. 120-1.
12. See Middelkoop, 1988, p. 96
13. See Slive, 1989-90, pp. 276-8, reproduced figs. 51b & 51d. The versions are also discussed by Middelkoop (1988). The Mildmay version is on a 17th Century panel, but falls too far short of Hals' quality to be a candidate for the original.
14. See Slive, 1974, p. 66. 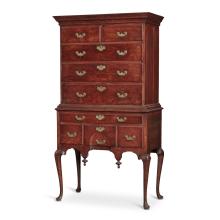 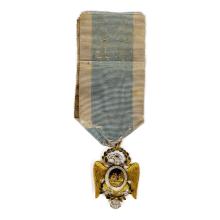 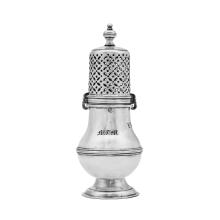 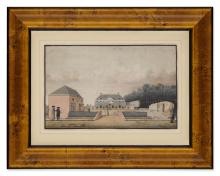 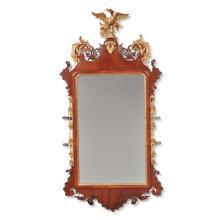