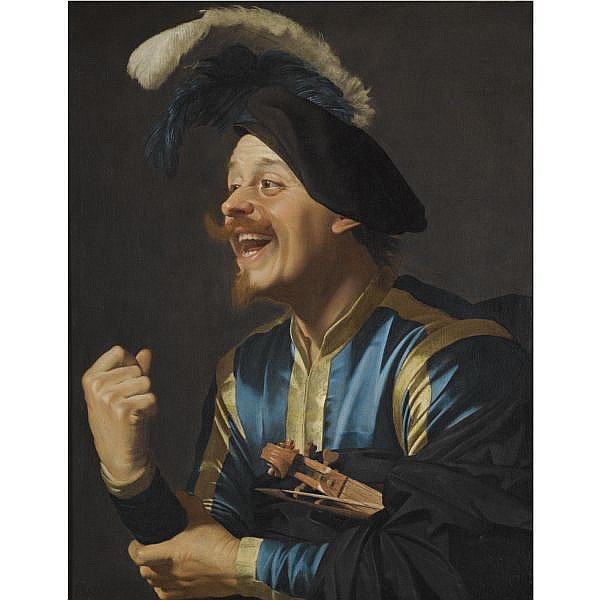 Gerrit van Honthorst , Utrecht 1590 - 1656 a laughing violinist, half-length, wearing a blue and yellow striped doublet and a plumed cap, with a violin tucked under his arm oil on canvas

Lot 31: Gerrit van Honthorst , Utrecht 1590 - 1656 a laughing violinist, half-length, wearing a blue and yellow striped doublet and a plumed cap, with a violin tucked under his arm oil on canvas

PROPERTY FROM THE LONDON RESIDENCE OF LUIGI KOELLIKER
Executed in 1624, this is the prime version of a composition that exists in at least one other autograph example by Honthorst; the second version, in the Schönborn collection at Schloss Weissenstein, Pommersfelden, is of broadly similar dimensions, also on canvas, but is unsigned.υ1 At Pommersfelden it hangs with a Girl Counting Money, of exactly the same dimensions; she looks to the right and, as Judson suggests, clearly interacts with the Violinist so that it would appear they were conceived as pendants.υ2 In view of this it is likely that the present, original version was also once accompanied by such a pendant, identical to the Pommersfelden Girl Counting Money or otherwise. Honthorst's importance to northern European genre painting should not be underestimated. After his return from Italy, where he spent the majority of the 1610s, he developed the tradition of low-life genre scenes that had their origins in the paintings of Bartolommeo Manfredi and his fellow followers of Caravaggio in Rome. Along with Hendrik Ter Brugghen (1588-1629) and Dirck van Baburen (c. 1594-1624), Honthorst was largely responsible for bringing this new style to the Netherlands and, in particular, to Utrecht whose school of painting would be dominated by it throughout the following decade.

Honthorst's first single-figure musicians, a Singing Elder with a flute in Schwerin and another Merry violinist in the Rijksmuseum, Amsterdam, date from 1623, the year before he painted the present work.υ3 In the form of a flute, a violin or any type of instrument, music is a common factor in these and indeed the majority of such works by the so-called Dutch Caravaggisti. Since the Renaissance, any reference to music in painting had been interpreted as a symbol of love. Here, the sexual overtones are quite explicit; the violinist's vulgar hand gesture, lewd expression and clamorous laugh clearly point at a female counterpart, who would surely have been the subject of the painting's pendant. The date has been slightly abraded since the painting last appeared at auction at Sotheby's London in 1999 (see Provenance) so that the 1624 is no longer absolutely clear. 1. See Judson, under Literature, 1999, pp. 186-7, under cat. No. 236, reproduced plate 112.
2. Judson however is not certain that the Pommersfelden Girl counting money is autograph. However, even if it is not, he maintains that the concept must certainly go back to a lost Honthorst that was paired with the Pommersfelden Merry violinist; see Judson, 1999, pp 172-3, no. 214.
3. See Judson, 1999, p. 192, no. 244, reproduced plate 137, and pp. 190-91, no. 241, reproduced plate 241, respectively. 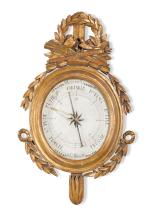 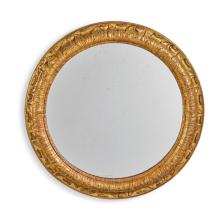 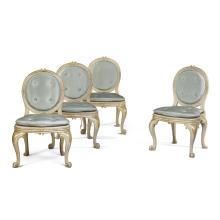 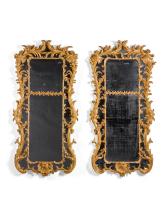 A pair of George II giltwood pier mirrors, circa 1750, in the manner of John Vardy