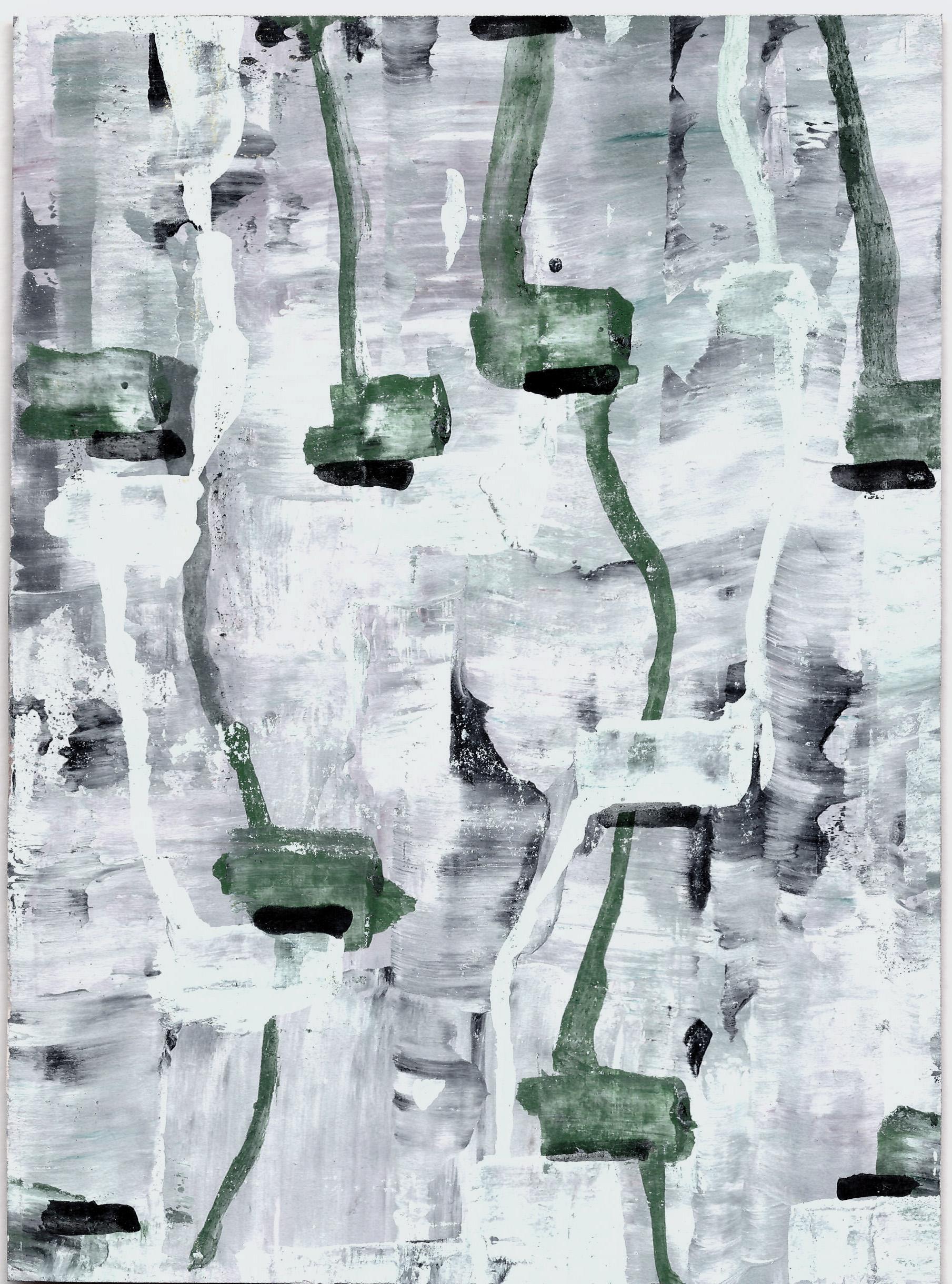 For bulky freight or valuable objects shipping will be charged individually.

1. The participation in the preliminary review, the acceptance of a bidder number, or the submission of a bid in person, in writing or by phone is deemed as express confirmation by the bidder that he/she has received this catalog of offers as well as the auctioning and sales conditions below and recognizes them as agreed with Roswitha und Dr. Markus Doebele GbR [civil-law company].

2. The auction is carried out voluntarily on the basis of the suppliers' orders. Roswitha und Dr. Markus Doebele GbR auction as commissioned agents on their own behalf and for the account of those suppliers who remain anonymous.

3. All objects to be auctioned may be reviewed and inspected prior to the auction at the scheduled dates. Interested parties shall be liable for damage caused by them on displayed objects and exposition-related equipment. The condition of the objects correspond to their age; defects are mentioned in the catalog only if they affect the overall visual appearance; a detailed report of the condition may be requested for each object free of charge.

4. The objects to be auctioned are used and are offered in the condition at the time of call without the auctioneers assuming liability for defects in title and/or quality defects.
The catalog descriptions are made with due diligence and to the best knowledge and belief, however they do not represent any warranted qualities pursuant to the law of sales, particularly in accordance with 459 ff. BGB [German civil law]. The same applies for illustrations in the catalog; their purpose is to guide the interested parties in the preliminary review; they are not relevant for the condition or the quality of the object.
The estimate prices specified in the catalog are in EURO and serve - without any guarantee for their correctness - only as a guideline for the market value.

5. The auctioneers reserve the right to combine or separate catalog numbers, to call them in an order different from that indicated in the catalog or to withdraw them.
The objects are generally called at 60 % of the estimate price unless written bids exceeding this amount have been ubmitted or the auctioneers have previously agreed upon a minimum award price (limit) of over 60 % of the estimate price with the supplier. Bids are raised at the discretion of the auctioneers, generally by rounded 10 % of the previous bid. Catalog numbers without any limit are called at EUR 50.00.

6. Bidders personally present who are unknown to the auctioneers are principally requested to identify their authorization, e.g. by presenting an identification card or evidence of their financial standing. Parties interested in buying but cannot or do not wish to be present at the auction in person, may submit a written bid to the auctioneers. These bids are considered as bids already made during the auction, excluding, however surcharges, turnover tax or other relevant duties. The catalog number indicated is explicitly authoritative for any written bids that are unclear. The auctioneers may also request authorization from those submitting written bids who are unknown to them; such authorization must be submitted by 12:00 a.m. of the day prior to the auction. Any written bid is used only to the amount required to outbid another bid. The auctioneers assume no responsibility for the correctness of written bid processing.
Bids received by phone or internetbare permitted only if the bidder has previously been admitted by the auctioneers in writing. In particular cases the auctioneers may, however, admit such bids by phone even if no previous written confirmation has been received. Incorrectly transmitted orders and bids are in the responsibility of the bidder. Otherwise the provisions for written bids are likewise applicable for such bids by phone.

8. An award is given if no higher bid is presented after three calls of a bid. However, an entitlement to the acceptance of a bid does basically not exist. Irrespective of the possibility to refuse an award, the auctioneers may give an award with reservation; this applies in particular if the minimum award price specified by the supplier has not been attained. In the case of a reserved award the bidder is bound by his/her bid for 21 days after the date of the award. Should the bid be confirmed in writing by the auctioneers within this period, the award is considered given; otherwise the award is considered refused.
Should several equal bids be presented, the decision is made by lot. If a disagreement on an award cannot be immediately resolved, the number is offered again. When the award is granted, a purchase contract is considered concluded between the auctioneers and the bidder who wins the award.

9. A surcharge of 27 % is added to the award price. In accordance with the provisions of the margin taxation (25a UStG), value added tax is not indicated. The objects marked with "*" are subject to regular taxation. For such objects, a surcharge of 20 %, and on the sum total the applicable value added tax is charged; the VAT rate is 19% .
Buyers entitled to prior-tax deduction will receive invoices for all purchases in accordance with regular taxation upon request. For buyers from non-EU countries, VAT is omitted if the goods are shipped and/or an official evidence of export is procured. Enterprises from EU member states are also exempt from VAT if they submit their turnover tax ID-number on receipt or shipment of the goods.

10. An award implies the obligation of acceptance and payment. Ownership is transferred to the buyer only upon complete payment, the risk of damage is transferred to the buyer upon award.
The purchase price is due upon award unless otherwise agreed to in writing. The payments are to be rendered in Euro to the auctioneers. Checks are only accepted on account of performance. Any costs, fees and taxes for bank transfers including deducted bank expenses are at the expense of the buyer.
Payments from non-resident buyers who have bidden in writing or by phone are due within 10 days after the date of the invoice unless otherwise agreed to in writing. The buyer may only offset undisputed or legally enforceable claims against the auctioneers; rights of retention are excluded unless they are based on the same contractual relationship.Invoices issued during or immediately after the auction must be reviewed, errors excepted.

11. The delivery of the purchased objects is effected when cash payment is received. The objects, however, will principally not be handed over prior to full payment. The buyer is obligated to pick up his/her purchase immediately during the business hours of Roswitha und Dr. Markus Doebele GbR or at the agreed time but within 14 days after the date of the award at the latest. A shipping order must be submitted in writing by the buyer to the auctioneers within 7 days after the date of the award. Orders for the shipment, storage and packaging will be given to competent forwarders specialized in art objects. Such orders are exclusively placed at the expense and risk of the buyer; the buyer is considered the orderer even if the auctioneers have placed the order on the buyer's behalf.
Upon expiry of the terms mentioned above the buyer is in default of acceptance. Should the buyer fail to pick-up his/her purchase(s) despite an extension of time set by the auctioneers, the autioneers are entitled to have the purchase(s) stored by a fowarder specialized in art objects at the buyer's risk and expense, including the costs for insurance. The buyer will be notified of this in writing.

12. Should the buyer be in default in payment, the auctioneers may claim interest on defaulted payment in the amount of 1 % for each commenced month, irrespective of other claims.Thirty days after the commencement of the default, the auctioneers are entitled - and obligated upon request of the supplier - to inform the supplier of the name and address of the buyer. Otherwise the auctioneers may claim either the performance of the purchase contract or damages for default after setting an adequate deadline. In this case, the damages may be charged by auctioning the relevant object in another auction again and having the defaulting buyer pay for any reduced profit as against the previous auction as well as for the costs of the repeated auction. The buyer shall not be entitled to any additional profit.

13. The auctioneers shall not be liable for defects, provided that they have fulfilled their obligation to exercise due care; any liability on the part of the auctioneers for frames and glazing is excluded.
The auctioneers however undertake to assert their guarantee claims against the supplier due to justified complaints submitted in due time within the limitation period. With regard to defects relating to the genuineness of an object, the limitation period is 365 days, for all other defects 180 days after the date of the award. In the case of a successful claim against the supplier, the auctioneers will reimburse the buyer the award price, the surcharge, the calculated costs and the charged VAT, provided these amounts have been paid to the auctioneers. Any claims exceeding said claim are excluded.

15. The transactions concluded herein are governed exclusivelyby German law; the provision of the uniform law of sales as well as the law on the conclusion of international purchase agreements for movable property shall not apply. Place of performance is Effeldorf. Place of jurisdiction, insofar as it can be agreed upon, is Kitzingen.

16. Should one or several of the provisions of this contract be or become invalid, the validity of the remaining provisions is not affected.

We accept the following payments:
- credit cards: Visa, MasterCard and American Express
bidder cards may be charged 4 days after an invoice has been sent
- Paypal
- wire transfer

For bulky freight or valuable objects shipping will be charged individually.