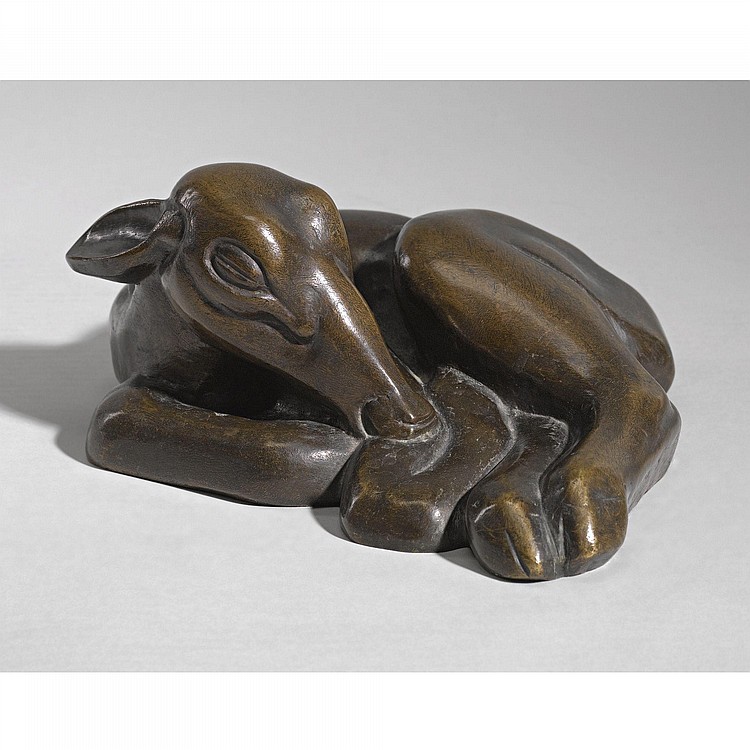 Leicester Galleries, London where acquired by the family of the present owner by 1962

The seravezza marble Sleeping Fawn (Private Collection) was commissioned by Raymond Drey in November 1913 after a clay model he had seen in Gaudier's studio. A letter from O. Brown of Ernest Brown and Phillips to the Tate Gallery, dated 30th August 1960, states that as required, twelve casts were made for the Leicester Galleries between 1918-39.

Gaudier carved Sleeping Fawn directly from life drawings he had made of the animal to convey the simplified, tender naturalism so evident in the present work. The sculpture is intentionally presented informally with no base or plinth, as if the young animal has settled temporarily to sleep and should awake at any moment and move off.