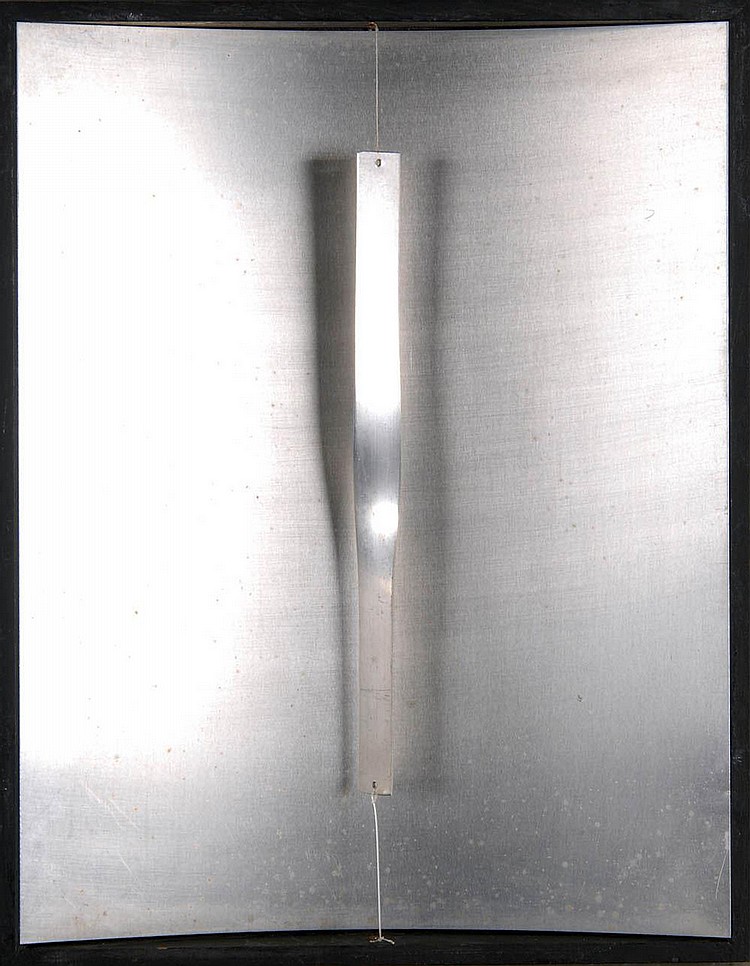 4. Bidders' Paddle Numbers
Bidders wishing to participate at an auction will be supplied with a bidder's number during the viewing period or immediately before the commencement of the auction. The bidder will be held responsible for any misuse of his bidder's number.

5. Representing another Bidder
If the bidding is done in the name of another person, he/she has to inform the auctioneer before the auction by giving the name and address of the person he/she represents. In case of doubt, the bidder buys in his/her own
name and on his/her own account.

6. Viewing
All lots of the auction can be viewed at the indicated times before the auction begins. On the premises each visitor is liable for any damage caused by him/her especially during viewing time.

7. Estimates
The prices entered in the auction catalogue are estimate, not reserve prices and are only an indication for the value of an object put to auction.

8. Starting price and Acceptance of a Bid
At his sole discretion the auctioneer has the right to start to auction a lot below the estimate mentioned in the catalogue, if there is no higher commission bid. The sale is in Euro. After being repeated three times, the highest bid is accepted, if there is no other higher bid and if the reserve price of the consignor is reached. The auctioneer has the right to call lot numbers in sequence different from the catalogue, to combine lots, to separate or to retract them. The auctioneer may also knock down a lot subject to consignor's subsequent approval; the bidder is bound to his bid, for a period of 4 weeks after the end of the auction. If there are several persons with the same bid, the lot is drawn. If there is a disagreement, the auctioneer can repeat the acceptance of a bid or can call the lot number again. An accepted bidder is obliged to taking over the object and payment. With the fall of the hammer all the risks that are not within the responsibility of the auctioneer pass to the buyer: loss, damage, exchange by mistake or dangers of storage.

9. Bids in Absence
Persons interested in buying who cannot or do not want to be present at the auction can place an absentee bid, i.e. a bid by mail, email, fax or by telephone. Absentee bids must reach the auction house at least 24 hours prior to the sale. For bidding in writing the bidding form, as printed in the auction catalogue, must be used. Details of the bidder's name, company, full address, phone number(s) must be entered, and the form signed by the bidder. Bids communicated by phone, fax or E-mail must be subsequently confirmed in written form, and signed in a legally valid manner by the bidder. As to bids arriving later, it is left to the auctioneer's discretion to accept them. The bid refers exclusively to the lot number, not to the title of the object. The sum mentioned in the absentee bid is taken as upper limit for acceptance and is only charged up to the sum necessary to top other bids. Buyers premium, extra charges and VAT are added to the amount (see paragraph 10 hereunder). Bidders wishing to bid by phone at an auction must give notice in writing of their intended participation, confirmed by a legally valid signature, at the latest by 12 a.m. on the day preceding the date of the auction. This notice of intent must include the name, company, complete address and phone number of the bidder, under which he can be definitely contacted during the auction. Bidding by phone can be arranged only on items carrying estimate prices of EUR 500 or more. For phone bidders, who for any reason cannot be contacted at the relevant time during the auction, the reserve price, corresponding to the starting price, will be assumed automatically by the auction house on behalf of the same bidder to correspond to his intended bid and will be knocked down to him at this reserve price, if there are no other bidders. The auction house accepts no responsibility for a contact being established by phone during the auction and cannot guarantee an uninterrupted contact.

10. Purchase Price, Buyers Premium, Ta x, Add itional Costs
The hammer price is a net price. A buyer's premium of 25%, which includes VAT, is levied on the hammer price and not shown as a separate sum (margin tax system). Lots to which this system does not apply and which are
auctioned under the standard VAT system are designated as such in the auction catalogue ('Regelbesteuert'). Such lots are subject to an 18% buyer's premium plus 19% VAT, or the reduced 7% VAT in the case of books and original works of fine art. Registered art dealers from EU states are not subject to payment of VAT if a valid VAT Identification number can be presented or communicated in writing. Items for despatch to third countries outside the EU are exempted from the payment of VAT and will be subject to a buyer's premium of 18% only. Charges for export paperwork and despatch must be borne by the purchaser. Invoices for buyer's purchases for export to non-EU countries will include VAT, which will be reimbursed after the relevant documents, bearing the official Customs export stamps, are returned to the auction house.

11. Post-Auction Sale
Unsold lots can be inspected on our premises for a period of four weeks after the auction and can be purchased for the estimate price as printed in the auction catalogue, plus the buyer's premium of 25% including VAT, or
18% plus 19% or the reduced 7% VAT. Purchasers domiciling outside the EU pay a buyer's premium of 18% and are not subject to VAT, if items purchased are sent or taken to a non-EU country. (See paragraph 10 hereunder). These auction terms also apply to subsequent sales after auction; the special provisions for distant sales do not
apply.

12. Payment Conditions and Retention of Title
Lots purchased directly at the auction must be paid immediately either in cash (only EURO) or with an EC card, providing the purchaser is resident in an EU country. The charge for the use of credit cards (Visa, Amex, MasterCard) is 4% of the amount shown on the invoice. There is no deferment of payment. Buyers not attending the auction in person will receive an invoice shortly after the auction. Payment is than due within ten days of the receipt of the invoice. Payment by wire transfer will be only accepted in EURO. Buyers from abroad are charged the occurring bank fees.
If payment is delayed, interest will be charged at the legal rate. In case the buyer does not pay and collect or is in delay, the auctioneer can claim the fulfilment of the sale or assessment of damages for non-performance. In case of such claims, the auctioneer can put the lot to auction again. By repeated knocking down the object the former buyer will lose all rights concerning the lot, but he/she is responsible for any loss. He/she has no right to a higher price obtained. Invoices written during or immediately after the auction have to be verified and may consequently be corrected. Purchased lots can only be collected after complete payment, and title will only pass thereafter. The auction invoice is accompanied by a shipping form for the use of those buyers who cannot collect purchases themselves. Shipping and other transport costs are at the expense and risk of the purchaser. Postal despatch and shipping can be effected only after the receipt of written and signed instructions. Insurance is possible at
the expense of the buyer. The cost of postal despatch will be calculated by size, weight and value of the items purchased. In case the buyer wants shipment, he gets a separate shipment bill.

13. Collection of purchased lots/ Shipment/ Transportation
Purchases must be collected within ten days after the auction. Purchases not collected within that time may be collected by a storage company at the expense and risk of the purchaser. VON ZEZSCHWITZ cannot be held
responsible for damage or loss of uncollected purchases. The auctioneer insures the lot on his own account at the hammer price in favour of the buyer for the period until collection is due. The auctioneer is not liable for any damage or loss after that time.

14. Liability
All lots put to auction may be viewed and investigated prior to bidding. The lots are used objects. Catalogue descriptions, including given condition reports, are not quality descriptions under §§ 459ff, BGB, German Civil
Law Code). The auctioneer is not responsible against buyers, who are professional entrepreneurs for any faults or imperfections. He is, however, committed to transfer his claims for defects against the seller to the buyer, if the notification of defects is presented within the limitation period of one year.

15. Final Regulations
Place of payment is Munich. Place of contract fulfilment and jurisdiction is Munich, if the bidder is a merchant, a corporate body or special public assets are concerned. German law applies exclusively; UN business law (CISG) is excluded.

16. Salvation clause
Should one of the clauses above be invalid in whole or in part, the validity of the others will remain unaffected.

* This English translation is only for information of the clients. In legal sense the German version is authoritative.


10. Purchase Price, Buyers Premium, Tax, Additional Costs
The hammer price is a net price. A buyer’s premium of 25%, which includes VAT, is levied on the hammer price and not shown as a separate sum (margin tax system). Lots to which this system does not apply and which are
auctioned under the standard VAT system are designated as such in the auction catalogue (‘Regelbesteuert’). Such lots are subject to an 18% buyer’s premium plus 19% VAT, or the reduced 7% VAT in the case of books and original works of fine art. Registered art dealers from EU states are not subject to payment of VAT if a valid VAT Identification number can be presented or communicated in writing. Items for despatch to third countries outside the EU are exempted from the payment of VAT and will be subject to a buyer’s premium of 18% only. Charges for export paperwork and despatch must be borne by the purchaser. Invoices for buyer’s purchases for export to non-EU countries will include VAT, which will be reimbursed after the relevant documents, bearing the official Customs export stamps, are returned to the auction house.