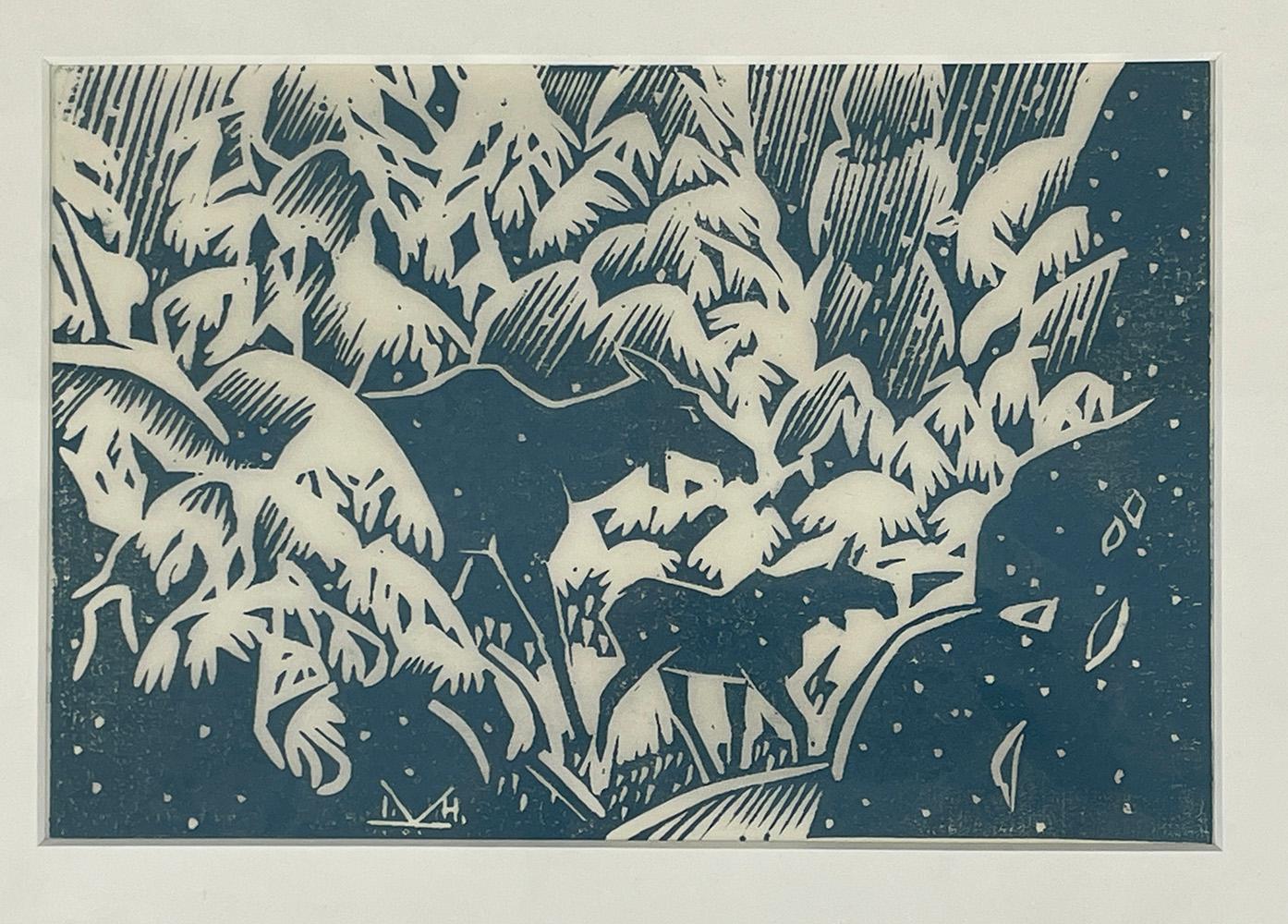 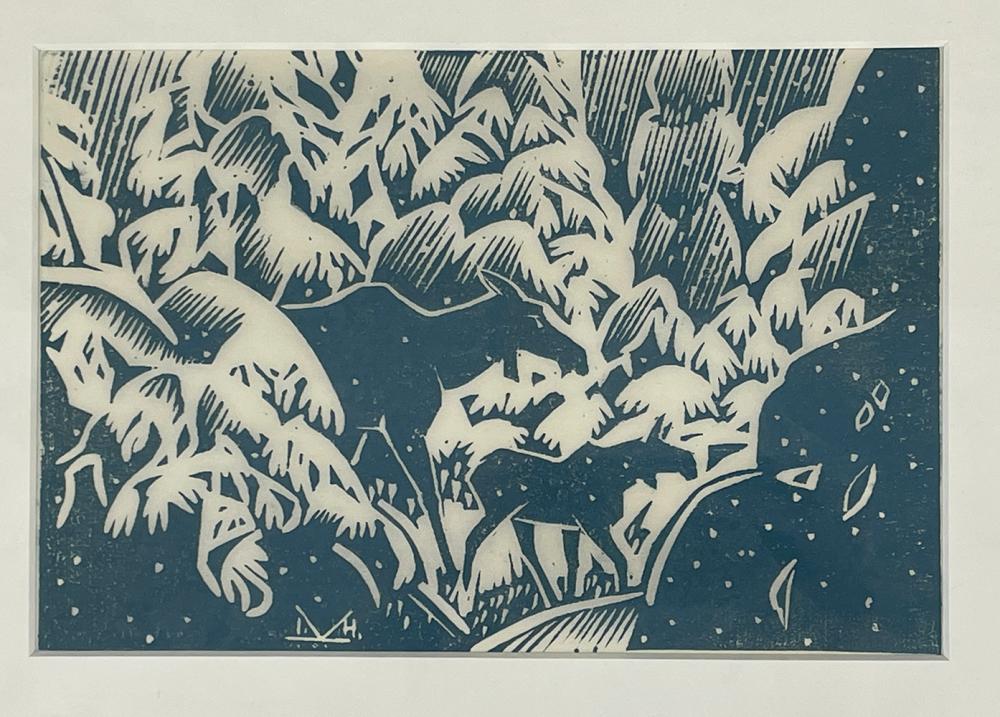 Illingworth Holey Kerr was born at Lumsden, Saskatchewan, a small prairie town where he took an interest in drawing the local animals at an early age. In 1923, Kerr moved to Toronto in order to attended Central Technical School and the Ontario College of Art, where his teachers included Arthur Lismer, Frederick Varley and J.E.H. MacDonald. After graduation, Kerr returned home to Saskatchewan and realized just how much Western Canada was a part of him. Back in Lumsden, Kerr continued to paint in a studio he rented above the local pool hall, and maintained a trapline at the same time. In 1936, Kerr travelled to London, England to attend the Westminster School of art. While in England he spent time at the London Zoo drawing the animals there. He was also re-acquainted with Mary Spice whom he had previously met in Regina, Saskatchewan. They married in 1938 and settled in Montreal where Kerr worked with other artists to represent Canada at the 1939 World’s Fair. The pair then moved to the West Coast and Kerr taught at the Vancouver School of Art from 1945 to 1947. In 1947 he became director of the art department of the Provincial Institute of Technology in Calgary, a position he would hold for 20 years. In 1959, Kerr received a Canada Council Senior Fellowship to travel to the United States and Great Britain in order to visit schools that offered industrial design. Kerr and his wife travelled to Minneapolis, New York, and Boston, as well as Munich, Venice, Florence, Rome, Barcelona and Madrid. In retirement, the Kerrs traveled to St. Lucia, Arizona, Maui, Barbados, Jamaica and Mazatlan. During these trips, the Kerrs visited zoos and avidly painted the exotic birds and animals kept there. These were later turned into paintings and linocuts. In 1975 a large-scale retrospective exhibition of his art was presented at the Alberta College of Art Gallery – this gallery was renamed the Illingworth Kerr Gallery in September 1990, to commemorate the artist. The retrospective travelled to Regina and Saskatoon. Kerr was named to the Order of Canada in 1983. In 1985 a major retrospective exhibition, "Harvest of the Spirit," travelled to 9 major public galleries. Illingworth Kerr died on January 6, 1989, he was 85 years old. Selected Collections The Mendel Gallery, Saskatoon, SK Edmonton Art Gallery Edmonton, AB Glenbow Museum, Calgary, AB Lethbridge University Collection, Lethbridge, AB

Packing & Shipping: 4th Meridian Auctions Inc. is pleased to provide clients with packing and shipping. We charge a flat $15 handling and materials fee. All packing and shipping is done in house by us. We ship primarily with Canada Post and all shipping costs are the responsibility of the winning bidder.

If you are the successful bidder on one or more lot(s), you will receive emailed invoice with your shipping and handling. Packing takes place within 5 days of full payment. Emailed invoices will be sent promptly, payment is due immediately upon receipt, and shipping will take place within 24 hours of payment.

1. The total purchase price of each lot shall include the successful hammer price of the lot together with a buyer's premium of 17% on top of the hammer price.

2. A Goods and Services Tax (GST) of 5% and 7% Provincial Sales Tax (PST) will be charged on the hammer price and buyer's premium for B.C. residents. Goods shipped out of province are taxed at the local rate for the recipient.

3. Although 4th Meridian Auctions Inc. takes great care and diligence in cataloguing of lots offered for auction, all property is sold "as is" and neither we nor our consignors or agents make any warranties or representations as to the correctness of the catalogue entry or other descriptions contained therein, of the physical conditions, size, authenticity, or quality. Prospective bidders should inspect the property before bidding to determine the condition, size, and whether the purchaser acquires any reproduction rights in the property.

4. Notwithstanding the preceding condition, if the purchaser can provide, within 14 days of the sale of any lot, written opinion from at least two recognized and acknowledged experts or authorities that the said lot was incorrectly described, and if the purchaser returns the said lot within 14 days after such notice in the same condition as sold, we, as agent for the consignor, will rescind the sale and refund the purchase price.

5. 4th Meridian Auctions Inc. reserves the right to withdraw any property, catalogued or otherwise, up to and including the moment of sale.

7. With the close of the auction time limit, title to the lot being offered will pass to the highest bidder number, subject to the conditions set forth herein. The successful bidder thereupon will pay the full purchase price plus buyer's premium (17%) plus GST plus PST (if applicable) and assume full risk and responsibility for the said lot. At no time will 4th Meridian Auctions Inc., nor its employees or agents, be liable for any loss or damage of any kind whether caused by negligence or otherwise. All property must be removed by the purchaser at his or her expense no later than five business days following its sale unless arrangements are made directly with 4th Meridian Auctions Inc. representatives.

8. Payment in full must be made within 48 hours of the sale. Credit cards will be charged after approval of final amount, or sale can be finalized by Visa, or Mastercard, unless other arrangements have been made with 4th Meridian Auctions Inc. prior to the sale.

9. All currency figures are in Canadian dollars.

Packing & Shipping: 4th Meridian Auctions Inc. is pleased to provide clients with packing and shipping. We charge a flat $15 handling and materials fee. All packing and shipping is done in house by us. We ship primarily with Canada Post and all shipping costs are the responsibility of the winning bidder.

If you are the successful bidder on one or more lot(s), you will receive emailed invoice with your shipping and handling. Packing takes place within 5 days of full payment. Emailed invoices will be sent promptly, payment is due immediately upon receipt, and shipping will take place within 24 hours of payment. 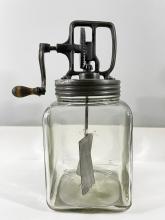 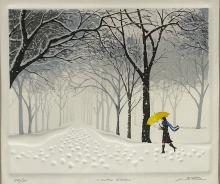 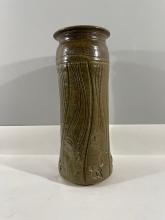 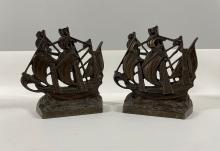 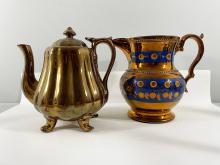 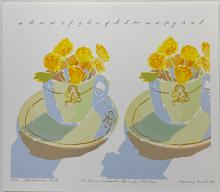