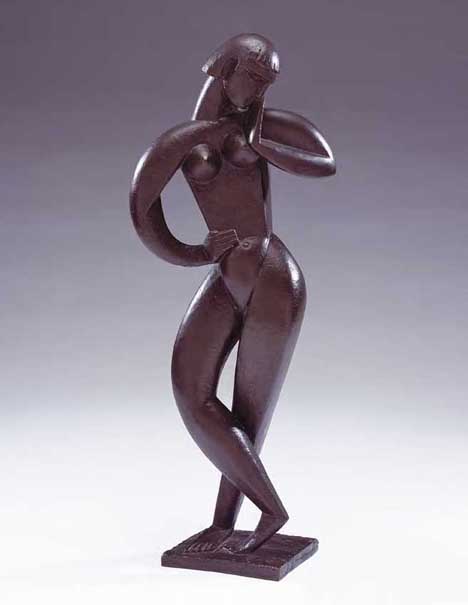 Philadelphia has long been a landmark destination for admirers of Jacques Lipchitz's extraordinarily innovative sculpture. Works from all periods of the artist's long and prolific career have an important presence inside and outside the Philadelphia Museum, opposite City Hall, and along the banks of the Schuylkill, as well as at the Barnes Foundation in Merion, just beyond the city limits. Throughout his life, Lipchitz enjoyed a special connection with area collectors, including Dr. Albert C. Barnes, who in 1922 commissioned him to execute the stone reliefs for Paul Philippe Cret's handsome beaux-arts building for the Barnes Foundation, and R. Sturgis Ingersoll, longtime president of the Philadelphia Museum of Art, who became a close friend and supporter of Lipchitz following the artist's arrival in the United States in 1941 as a war refugee. Lipchitz was a frequent visitor to Philadelphia, where he worked on two major public commissions, was twice honored for his sculpture by the Pennsylvania Academy of the Fine Arts, and had a critically acclaimed exhibition at the Philadelphia Museum of Art in 1964, entitled Jacques Lipchiz: A Retrospective Selected by the Artist, which cemented his reputation as one of the greatest sculptors of the twentieth century. In later years Lipchitz proudly described himself as Philadelphia's "chosen son", and he held the city and its people, as well as its art and architecture, in the highest esteem. The artist's warm affection for the city comes across in his 1964 interview with Victoria Donohoe in The Philadelphia Inquirer: "'People sometimes call me Philadelphia's pet sculptor', says Jacques Lipchitz, who was at the Philadelphia Museum of Art Tuesday to attend the members' preview of the largest Lipchitz exhibition ever assembled. 'Philadelphia has been very kind to me, beginning with Dr. Albert Barnes' interest in my work, and of course my very dear friend R. Sturgis Ingersoll has always encouraged it'." Partly as a result of the artist's exceptionally close ties to the city, the Philadelphia Museum of Art owns one of the largest collections of Lipchitz's work outside Israel, and our holding was further enriched by the recent gift of five sculptures from the Jacques and Yulla Lipchitz Foundation in honor of the museum's 125th anniversary in 2001. Lipchitz's preferred working practice, followed...for almost his entire production, with the exception of his late massive public works, was first to begin modeling in clay. Sometimes he followed preliminary drawings, but often he worked spontaneously, without any preconceived notion of how the piece would turn out. When he was satisfied with the size and expresion of his clay "sketch", he would fire it in a kiln, thereby creating a version in terracotta from which he could make a plaster maquette (a small preliminary model) by means of a mold. Finally, this plaster version would be used to make a bronze cast using the lost wax (cire perdu) method, which he learned during his extensive formal training at the Ecole des Beaux-Arts and the Academie Julian in Paris. Lipchitz retouched the wax model before each cast, both to enliven the surface and to ensure that every one of his sculptures was a unique work of art. The artist made the majority of his sculptural output in editions of seven casts, in contrast with artists such as Auguste Rodin who, in Lipchitz's eyes, compromised their work by agreeing to unlimited numbers of casts from a single model; large edition, especially those that include casts made after a sculptor's death, inevitably lose the artist's individual touch".

This lot will be accompanied by related correspondence from Jacques Lipchitz, Bernard Reis, his dealer in New York, and R. Sturgis Ingersoll, President of the Philadelphia Museum of Art. The original bill of sale from Bernard Reis & Co. will also be included.

We wish to thank Michael R. Taylor, The Muriel and Philip Berman Curator of Modern Art, Philadelphia Museum of Art, for his assistance in cataloguing this lot.

For Sale from Freeman's 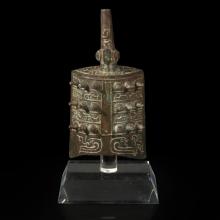 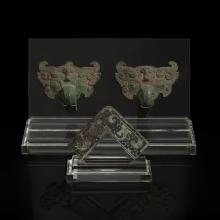 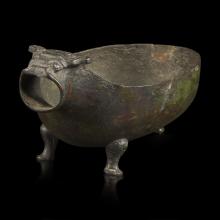 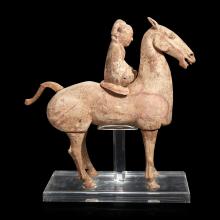 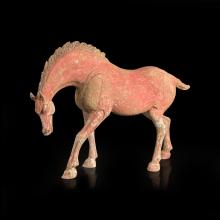 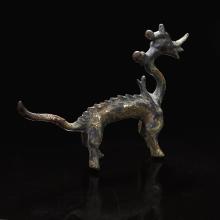