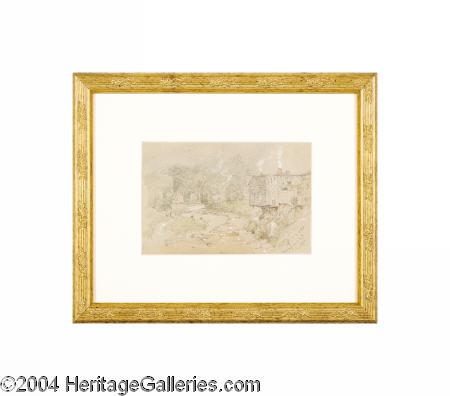 One of America's leading Hudson River School painters, Jasper Francis Cropsey's landscapes brought him national and international acclaim. Cropsey was an avid traveler, and made numerous pencil and watercolor sketches on his excursions that he would later use as the basis for larger paintings created in his studio. As early as May 1847, the Literary World noted that: "Mr. Cropsey is one of the few among our young landscape painters who go directly to nature for their material."

Cropsey was born in Rossville, Staten Island, and early on displayed a keen interest in drawing and architecture. While still a young teen, Cropsey was awarded diplomas from the New York Mechanic's Institute and the American Institute of the City of New York for an elaborate architectural model. He then apprenticed with architect John Trench, who encouraged Cropsey to explore his talent in drawing and painting. Cropsey attended classes at the National Academy of Design, which constituted his formal art training.

In 1843, Cropsey opened his own architectural firm in New York, and by 1944 he first exhibited at the National Academy. Cropsey was a strong admirer of the works of Thomas Cole, and by 1845 he was devoting himself entirely to painting landscapes. From 1847 to 1849, he traveled through Europe, where he visited important sights in Italy, France, and Great Britain. He returned to the United States, settled in New York, and made many sketching trips throughout upstate New York, Vermont, Rhode Island, and New Hampshire.

Cropsey lived in England from 1856 to 1863, where he was an acquaintance of art aesthete and critic John Ruskin. At this time, Cropsey was appointed by Queen Victoria as a member of the American Commission of the 1862 International Exposition. Upon his return to New York, he began to paint the autumnal scenes for which he is best known today.

Cropsey enjoyed an illustrious career as one of the leading proponents of the Hudson River School. He exhibited extensively at the National Academy of Design where he was elected full Academician in 1851. He also exhibited at the Pennsylvania Academy of the Fine Arts, Brooklyn Art Association, Royal Academy of London, Boston Athenaeum, Boston Art Club, and the Centennial Exposition in Philadelphia in 1876. His work is housed in the Metropolitan Museum of Art, New-York Historical Society, Woodmere Art Museum, Philadelphia; Museum of Fine Arts, Boston, and the Peabody Institute, Baltimore.

Ever Rest, Cropsey's home and studio in Hastings-on-Hudson, New York is maintained by the Newington-Cropsey Foundation and is open for public viewing. The Foundation's collection includes numerous paintings, sketches, and prints by Cropsey, as well as other luminaries of the Hudson River School. 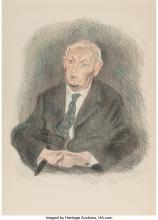 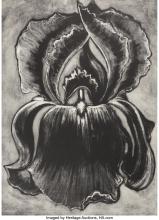 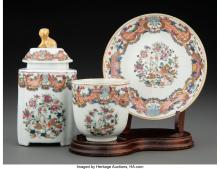 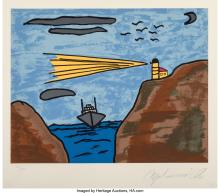